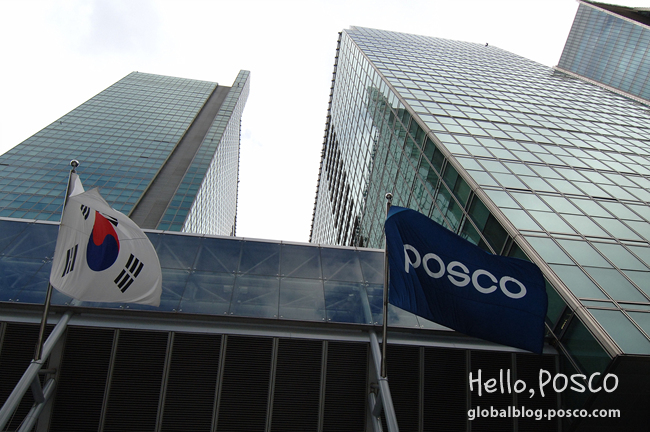 POSCO has many modifiers that follow us, one of it being given by WSD. On February 1st, POSCO has been named “The World’s Most Competitive Steelmaker” by the World Steel Dynamics(WSD), which is a strategic information service providing critical and new perspectives on possible and probable steel industry developments, for 4 years in a row.

POSCO impressed the world with our high level of workmanship, production capacity. Products like Finex, POIST, CEM proved the cutting-edge, leading innovative technology we’ve created and pursued, which also helped increase the competitiveness of raw materials. On sections like profitability, reduction of production costs and expansion into new markets, POSCO scored 7.76 points out of 10, as to be one of the top ranked companies.

What’s interesting about this year’s results is that the entire steel industry experienced a down-turn over the years, yet POSCO managed to receive an even better score of 7.48 points that we did the previous years. The gap between POSCO and companies who scored below 7.3 became huge as well.

Following POSCO as 1st place are, Russia’s NLMK placed 2nd, Severstal 3rd and India’s JSW Steel as the 4th place. Companies who were named “The World’s Most Competitive Steelmaker” all possessed self-functioning/ owned steel mines, enabling the competitive supply of base materials. In addition, with the technologies such as solar synergy and enzer, Nippon Steel and Sumitomo Metal became 5th place. Arcelormittal, though it was 1st place in steel production level, scored as 22nd place.

As evident as it is by now, POSCO is currently the 1st place in “The World’s Most Competitive Steelmaker,” for 4 years in a row today. But actually, we have achieved this title during 2002 to 2004 also. We rented the place to other large corporations briefly, namely to Severstal and Tata Steel. Nonetheless, POSCO was able to take the title back since 2010 due to our continuous efforts in reducing production costs, improving profitability, increasing technological researches, and pioneering for new markets. We hope to continue this happy trail and work harder to further develop our skills for the betterment of not just POSCO but the world that we coexist.