On July 5th, POSCO held a ceremony in Vietnam’s Tan Thanh District to handover houses with love for the poor in Ba Ria-Vung Tau Province. The event was held by POSCO’s General Manager Yang Weon-jun, the General Director of POSCO Vietnam Lee Kwang-yung, SS VINA’s General Director Ryu Ju-yeol and other employees of POSCO Family alongside with the local officials. 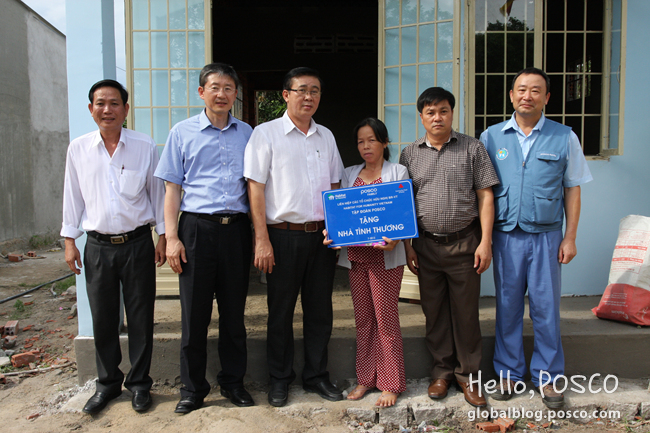 As a part of ‘Habitat Vietnam’ project, the houses were built over the past two months by the volunteers from POSCO Vietnam, the experienced participants from Habitat Vietnam and the students who were granted with POSCO’s scholarship in Vietnam. 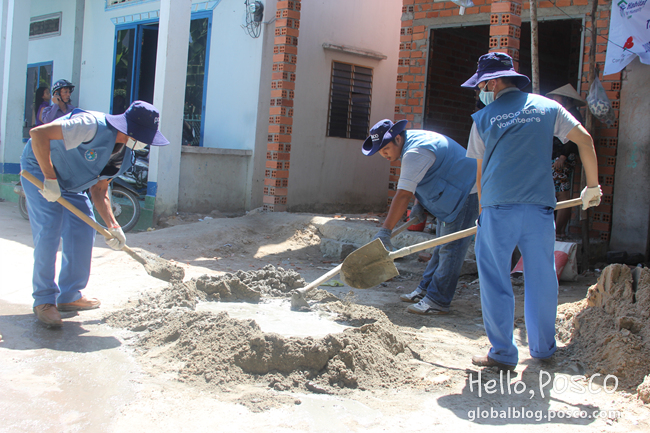 Houses with Love Deliver Shelters for Many Locals

Tran Minh, one of the local residents who can now live in the houses built by POSCO expressed his gratitude. “I am really happy to receive such a beautiful house. From now, I don’t need to worry about rain or flood any more. This will be a happy home and I would like to send POSCO a deep gratitude. This will change my life completely.” 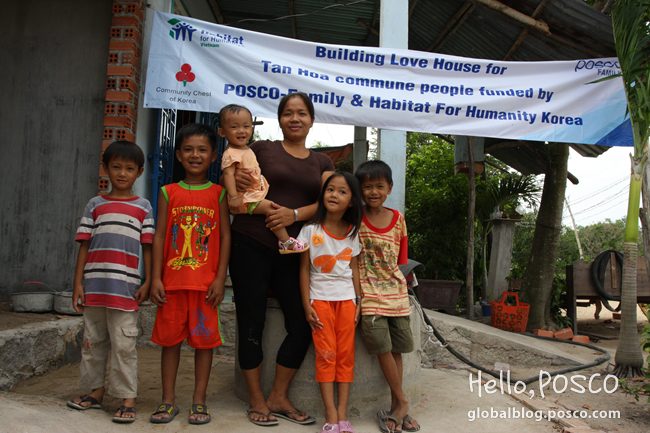 POSCO SS VINA’s General Director, Ryu Ju-yeol also shared his overwhelming feelings during the ceremony. He said, “POSCO has always been proud to support local communities, as we did in Gwangyang and Pohang. For our overseas operations, POSCO also puts its best effort for the community development.” “I hope that the lives of Ba Ria-Vung Tau Province residents get better via this house-building project,” he added.

POSCO Vietnam also launched an IT room to provide job trainings for socially neglected residents at Ba Ria-Vung Tau Province’s Tan Hoa Commune. POSCO sponsored eleven computers and other necessary equipment for the facility in order to train IT skills for the locals. 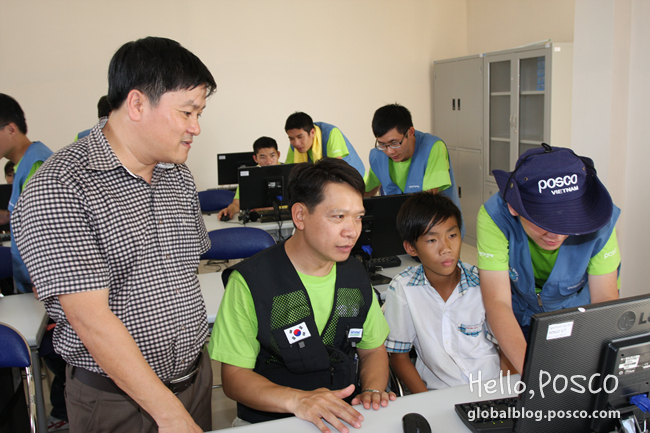 Upon the launch, Manager of POSCO Volunteers, Yang Weon-jun said “I would like to thank POSCO volunteers for all the effort they have put to make this project come true. This IT facility will help the local residents to earn their own livings with the knowledge from the trainings they will receive here.” The IT room will be managed by Kim Kwang-seok, a general manager of representative office of POSCO ICT in HCMC, Park Yong-nam, a deputy general manager of POSCO ICT and other POSCO employees.

Bringing the sharing culture of POSCO to Vietnamese Students

25 POSCO Scholarship students from the Vietnam National University of HCMC (VNU) and University of Da Lat participated in this project and they played a major role in building love-houses at Tan Hoa Commune. 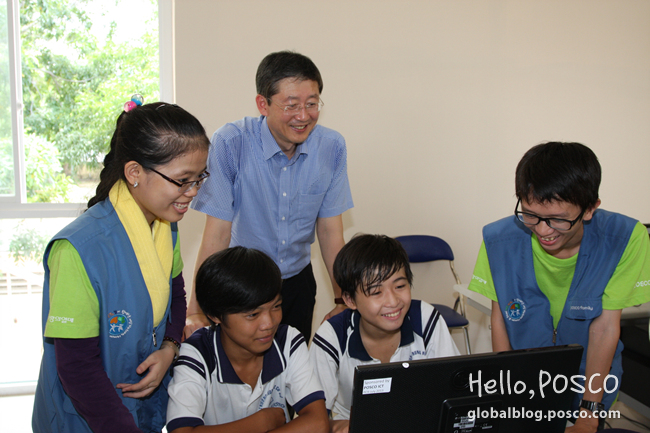 When I asked Phan Nguyen Vu, a 3rd year student from VNU, about his participation in the project, he told me, “I am not used to the voluntary activities in Vietnam. I think it’s very interesting to take part in and to find the profound meanings of this activity.” He also said he would like to thank POSCO for giving him a chance to be part of the heart-warming project. 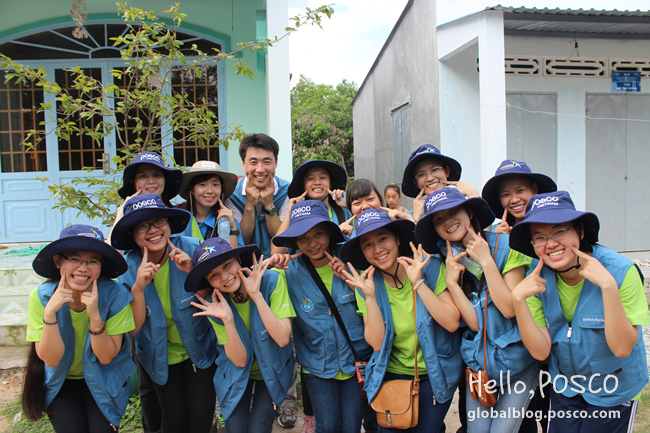 In the near future, POSCO Vietnam will organize more volunteer campaigns with the local Vietnamese students in various areas. I will keep tracking POSCO’s humane supports for Vietnam and also share the moments with you at ‘Hello, POSCO.’