POSCO’s Venture Platform, an Ambitious Growth Strategy for the Future

The company announced the details of the plan at the 17th Idea Market Place held at POSCO Center in Seoul on May 21. On this day, POSCO signed an MOU with two stakeholders: the Ministry of SMEs and Startups (MSS), and the Korean Venture Capital Association (KVCA). The project budget is set at 1 trillion KRW.

“To lead changes in the future, we must take maximum initiative to recognize innovation and take actions. Now,” POSCO CEO Jeong-Woo Choi said during the event at POSCO Center in Seoul. He continued, “POSCO’s 1-trillion investment is a stepstone towards creating a virtuous cycle for the venture platform, to revitalize the country’s startup ecosystem, and create more jobs.”

Young-Sun Park, the Minister of MSS said, “Through channels like POSCO’s Idea Market Place and strategic venture fund, the Ministry will spare no efforts to help create a virtuous cycle for Korea’s entrepreneurs.”

POSCO’s venture platform is mainly three-fold: (1) utilizing the company’s current University-Industry Collaboration scheme (e.g. R&D and technology commercialization projects with Pohang University of Science and Technology, and Research Institute of Industrial Science & Technology) on the basis of which (2) POSCO’s Venture Valley is established where startups spark synergy through each collaboration, and (3) through Venture Funds, POSCO supports entrepreneurs from incubating phase offering holistic guidance through each growth stage.

At POSTECH, POSCO is set to create new academic departments that will help foster indispensable workforce for future industries. At the RIST, the company will kick off new tech projects for which the company sees new growth opportunities. POSCO will also revitalize its current University-Industry Collaboration policy, one such effort being a joint research lab where researchers from both institutes can collaborate.

For the next four years, 200 billion KRW investment will be made towards establishing infrastructures within the Venture Valley, like Pohang Incubating Center and Gwangyang Knowledge Industry Center. The fund will also be used to install additional synchrotron radiation facility and to establish a new data center.

POSCO will initiate the Venture Fund scheme with an investment of 2 trillion KRW – 800 billion from POSCO and 1.2 trillion from outside investors – from 2019 to 2024.

The MSS and POSCO will jointly support startups through venture valleys in Pohang and Gwangyang. The Korean Venture Capital Association will focus on identifying promising startups for potential investors.
As for the ’17th Idea Market Place (IMP)’, a unique program that offers nurturing environment for growth and development of startups, POSCO provided sixteen venture companies an opportunity to present their business ideas and prototypes whose expertise encompassed diverse fields such as biotechnology, medicine, machinery and materials, electricity, electronics and knowledge services. 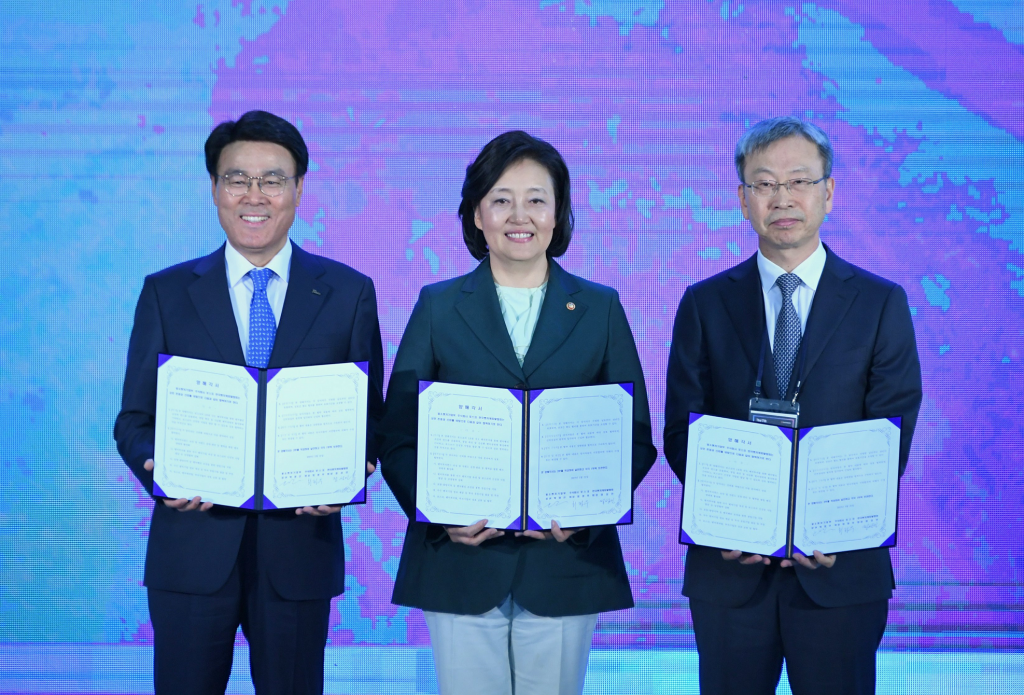 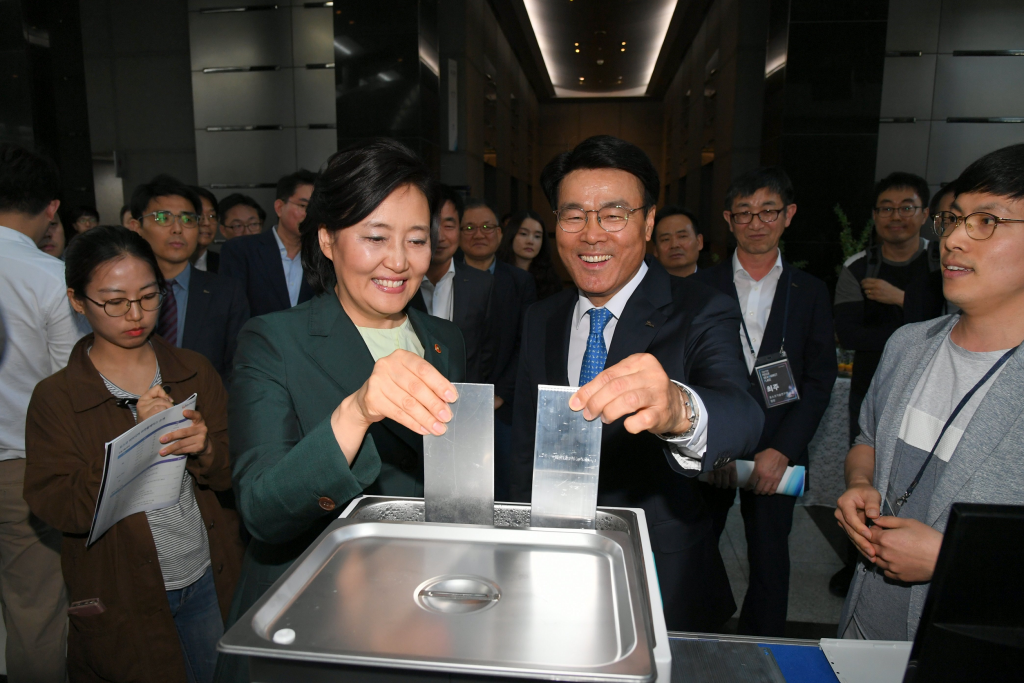 ▲ POSCO CEO Jeong-Woo Choi and the MSS Minister Young-Sun Park offering public demonstration of a product presented by one of IMP participant companies.