On the 6th, global companies that take the lead in discovering, supporting, and fostering Open Innovation and Stat-up were selected in London

The CSS Awards began with the European Commission’s ‘Corporate Startup Star Award’ in 2016. It is given to companies that have performed the best activities in Global Open Innovation and Start-up discovery, support, and development among Forbes 2000 and Fortune 500 companies every year.

This year, Korean companies including POSCO Holdings, Samsung, Hyundai Motor, LG Electronics, and Industrial Bank of Korea were awarded, and Siemens was selected as the best company and received the grand prize. In addition, many global companies such as Volkswagen, IBM, Coca-Cola, BMW, Honda, Toyota, and ENI (an Italian oil company) were also selected as award-winning companies for their efforts to Open Collaboration through ventures.

Seong-jin Park, Chief of Industry-Academy-Research Cooperation at POSCO Holdings’ Next Experience of Technology Hub attended to receive the award and said, “POSCO was the only company in Korea that established a cooperative system between industry and universities 35 years ago. We have a venture fund system that invests in startups being fostered in the venture valley of POSTECH and RIST, and we are actively supporting the overseas expansion with POSCO International.” He also emphasized, “The POSCO Group’s corporate citizenship management philosophy contains the spirit of the times when Korea is reborn as an innovative country that starts up Korea as an advanced country on the cornerstone of steel-making and education-based countries that have been strengthened over half a century.”

POSCO opened the CHANGeUP GROUND Pohang in July 2021 to establish the world’s best venture ecosystem network. A total of 113 companies moved into CHANGeUP GROUND and their corporate value is 1.5 trillion won. The number of employees is 1,104, contributing to the creation of local jobs. The venture fund invested 287 billion won to form a fund worth about 1.5 trillion won. It invests in 238 domestic companies and 841 overseas companies as a full-cycle fund from seed, growth, strategy, and CVC. The corporate value of 238 companies invested by domestic funds is about 23 trillion won. Earlier this year, POSCO launched the Future Technology Research Laboratory under the holding company system and is actively working to discover new future businesses through convergence between R&D, industry-academic research, and venture.

POSCO plans to expand its venture platform to the United States, Europe, and Asia by utilizing the POSCO Group’s overseas network. 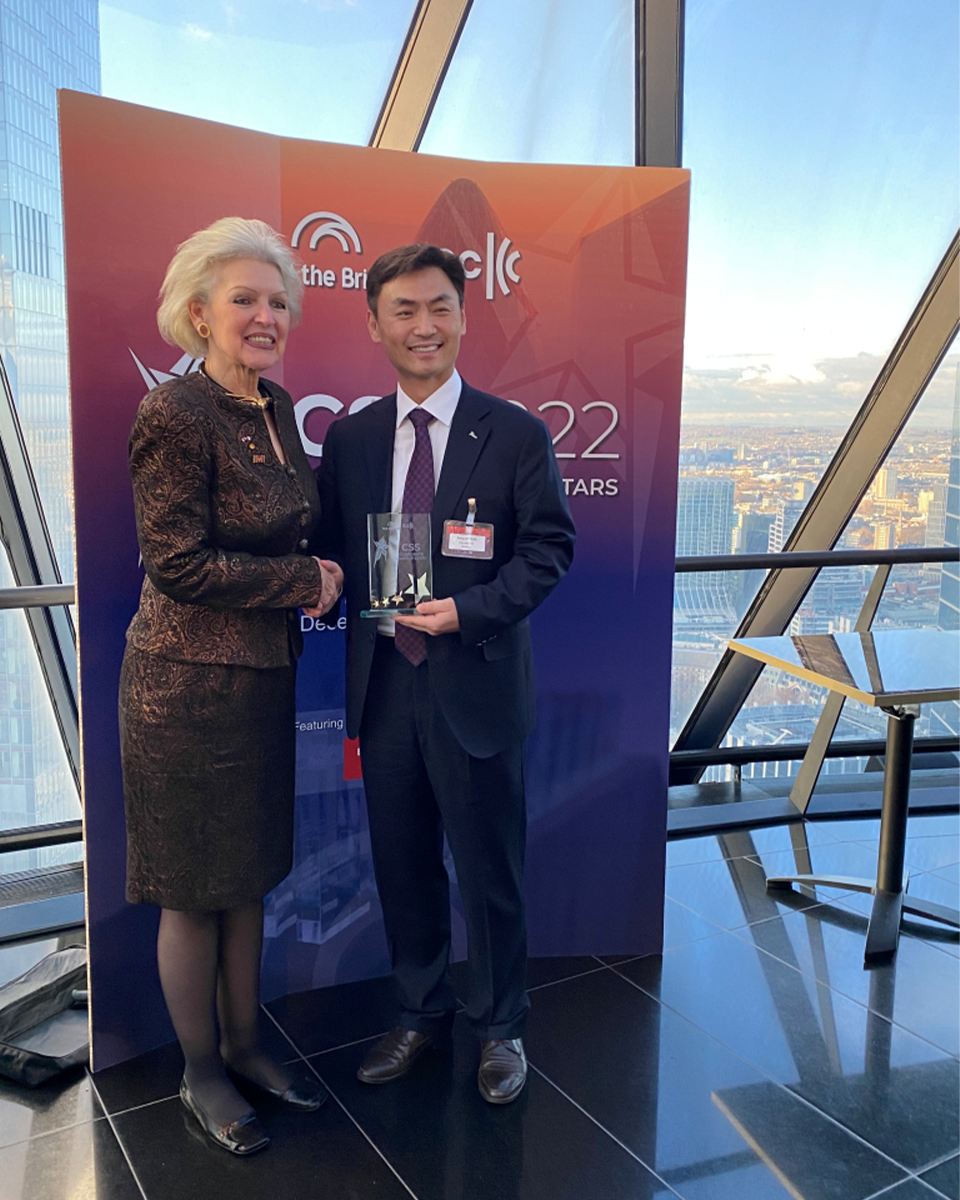 ▲ Seong-jin Park (on the right), Chief of Industry-Academy-Research Cooperation at POSCO Holdings’ Next Experience of Technology Hub is taking a commemorative photo at the CSS Awards ceremony in London, United Kingdom on December 6.