POSCO uses new technology not only in manufacturing but also in customer promotions.

The company has created content that provide the experience of steel product manufacturing at its steelworks using virtual reality (VR), which has been increasingly growing in popularity as of late. Customers can now look around the manufacturing site of the steelworks without actually having to be onsite. This made it possible for viewers to experience the production process anywhere and at any time, simply by wearing a mobile device with a head-mounted display (HMD). 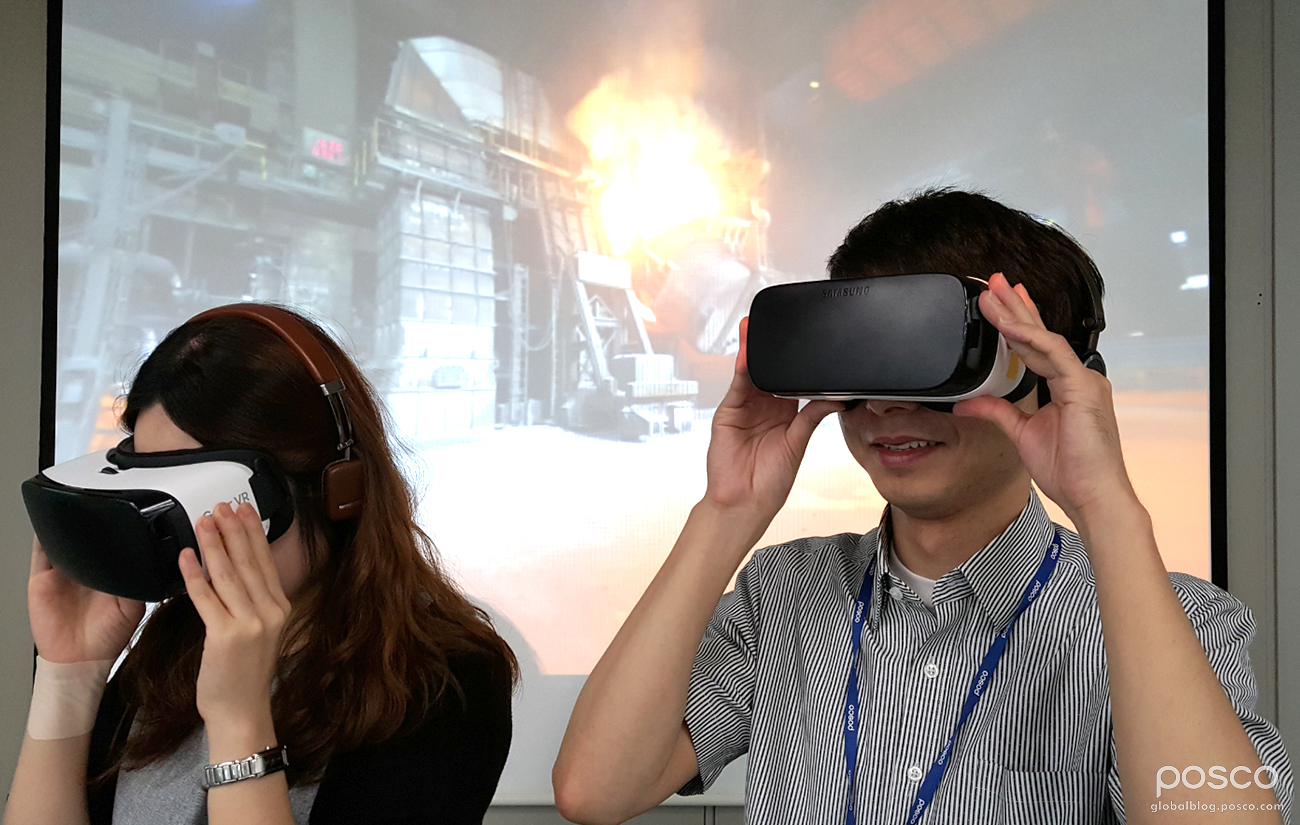 POSCO filmed a 360-degree visualization of the entire steel manufacturing process, from loading and unloading raw materials to shipping the products, so that the viewers can feel as if they are actually visiting the steelworks. Moreover, POSCO also paid a great deal of attention to details in the experience that were likely to be overlooked, such as the elaborate sounds of the machines. By wearing an HMD and moving their faces left and right, people can now conveniently look around the ironmaking and steelmaking factories that had been off-limits due to safety issues. 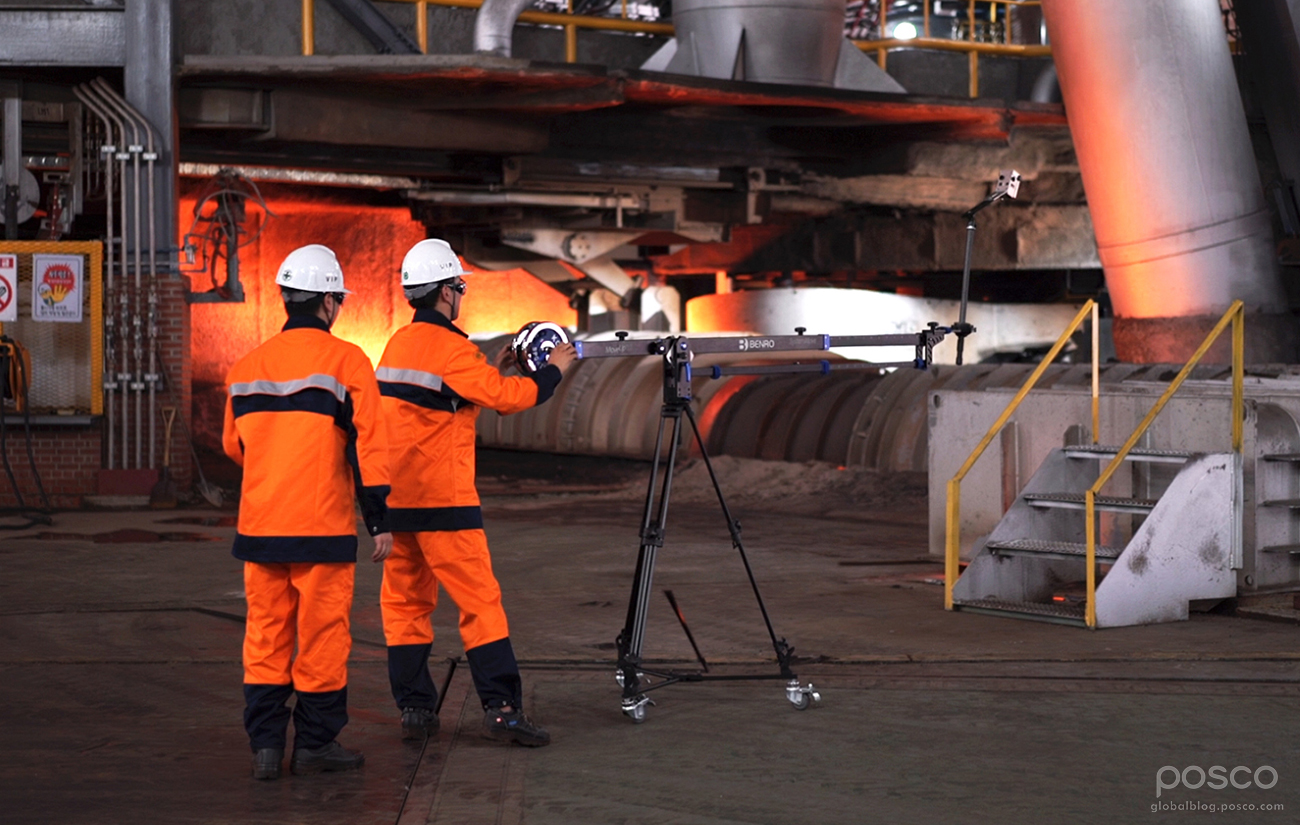 To provide a sense of reality in its VR content, POSCO utilized various equipment such as drones and overhead cranes for filming. This image shows workers filming a 360-degree view of the ironmaking plant at Gwangyang Steelworks.

To create the VR content, POSCO adopted a filming technique using drones and overhead cranes. Subtitles and narration were inserted in each scene to make it easier for users to understand the steelmaking process. The company also produced an English version to for overseas clients who were facing difficulties when visiting the site. As such, POSCO will actively use the VR content to widely promote its strong competency onsite. The content will also showcase the company’s outstanding product competitiveness, seen through offering state-of-the-art promotional services for clients with rising expectations.

POSCO will showcase its steelworks VR content at the Steel & Metal Korea (SMK) 2016 that will be held in KINTEX, Ilsan from September 27 to 30. The company plans to actively utilize VR in other domestic and overseas exhibitions, as well as visits to clients in order to support marketing and PR activities.

VR (Virtual Reality) is a form of user interface technology that provides a virtual experience that seems like reality and uses human senses such as vision and hearing inside a computer software program. While augmented reality (AR) overlays a virtual world on top of a real world, VR forms a virtual world by mainly using computer graphics. Users wear an HMD (head-mounted display) device on their heads. VR is used in diverse ways for the publicity of products and for safety measures through indirect experiences in the manufacturing business.