POSCO received the Innovation of the Year Steelie Award at the World Steel Association’s 49th Annual Conference in Chicago, USA, on October 13 in recognition of its efforts in developing lean duplex stainless steel with super ductility using a strip-casting process.

Currently, lean duplex stainless steel with super ductility using a strip-casting process is most often used for tableware and construction materials, though POSCO plans to expand its demand to other products, such as indoor piping and home appliances, through continuous solution marketing activities.

The Steelie Awards have been presented at worldsteel’s annual conference in October since 2010. They recognize member companies or individuals for their contribution to the steel industry over a one-year period in a series of seven categories impacting the steel industry. Categories include Website of the Year, Innovation of the Year and Excellence in Education and Training. POSCO was awarded the Excellence in Sustainability Reporting Steelie in 2010 and received the Innovation of the Year award in 2012 in recognition of the company’s own POSCO-Carbody Concept for Electric Vehicle. 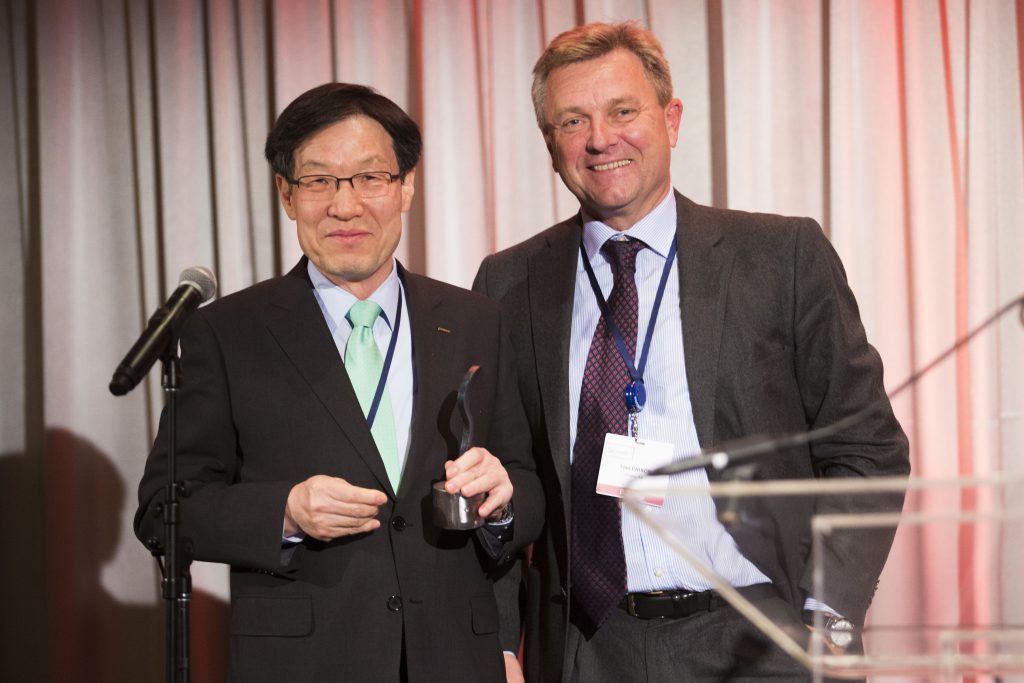