On September 22, POSCO China held a signing ceremony inaugurating the POSCO Umbrella Facility, a new organization that will stabilize how operating funds are raised for POSCO affiliates in China.

The POSCO Umbrella Facility is part of POSCO’s initiative to build an “integrated group fund management system.”* POSCO affiliates that are a part of this system will be able to borrow money under the same conditions and at the same interest rates as the rest of the group without the need to negotiate with banks individually. The 10 integrated processing subsidiaries in China attended the signing ceremony. 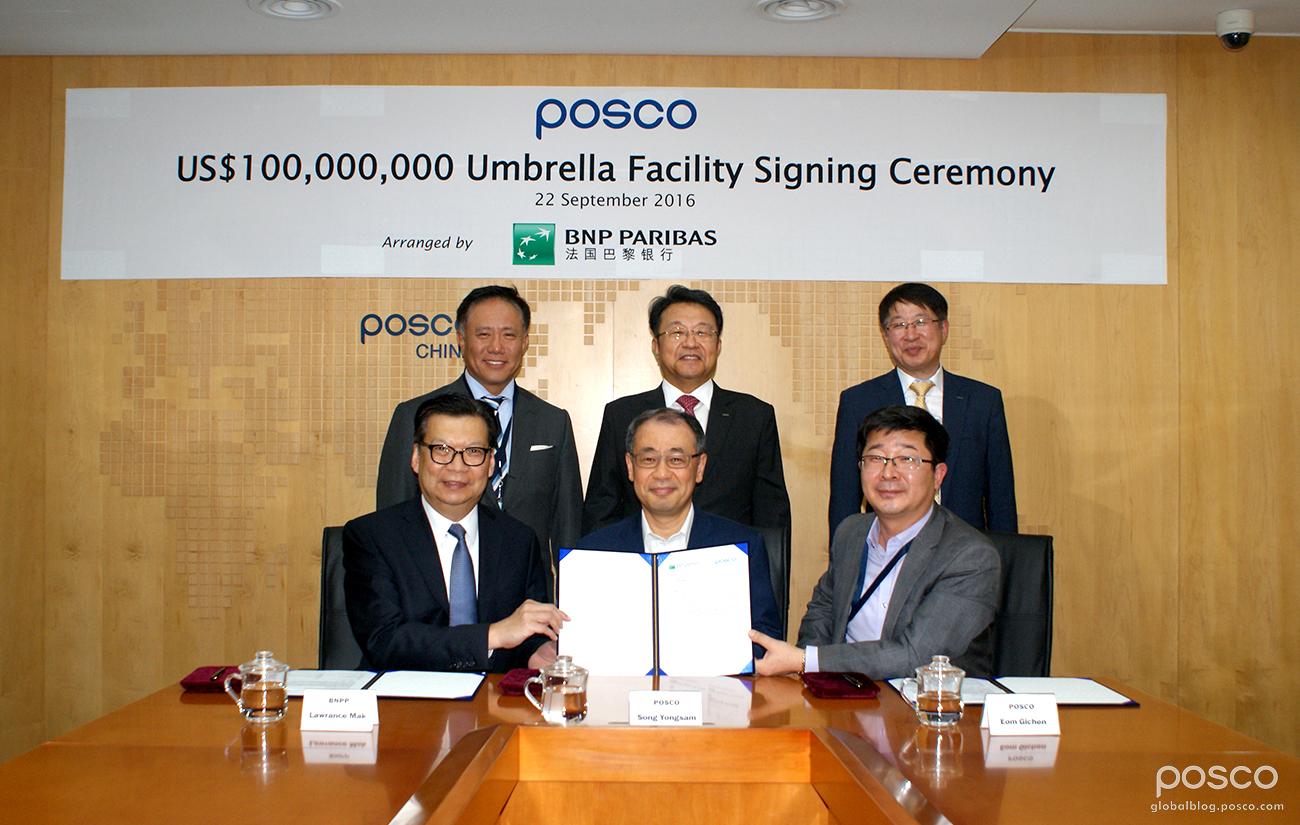 POSCO affiliates in China now have three methods in place for funding their operations – the new Umbrella Facility, plus China Cash Management (CCM) and Over Draft (O/D) – allowing them to raise up to US$800 million worth of RMB. Because POSCO China, as the group’s representative subsidiary, is now in charge of raising funds, individual subsidiaries are freed from the need to do so themselves. As a result, individual subsidiaries can concentrate their energy on their business performance.

* Integrated group fund management system is in which the headquarters takes charge of raising long-term financing, POSCO Asia (POA) raises US dollars, and the representative subsidiaries are in charge of raising funds in local currencies.