In an attempt to launch organized voluntary activities across the corporate, POSCO established a group called ‘POSCO Volunteers’ in 2003. After six years, the initiative was renewed under the new name ‘POSCO Family Volunteers’ to maximize the synergy amongst POSCO’s affiliates when jointly operating CSR activities. In 2010, POSCO decided to carry the voluntary activity scheme to the global level by launching ‘the Global Volunteer Week,’ joined by POSCO’s local subsidiaries and overseas corporates. In line with the project, POSCO Vietnam started participating in the Global Volunteer Week since 2011. For this year, 569 employees from 12 POSCO Family in Vietnam volunteered to engage in social activities for local development and environmental protection between May 25th and 31st.

For a Better World 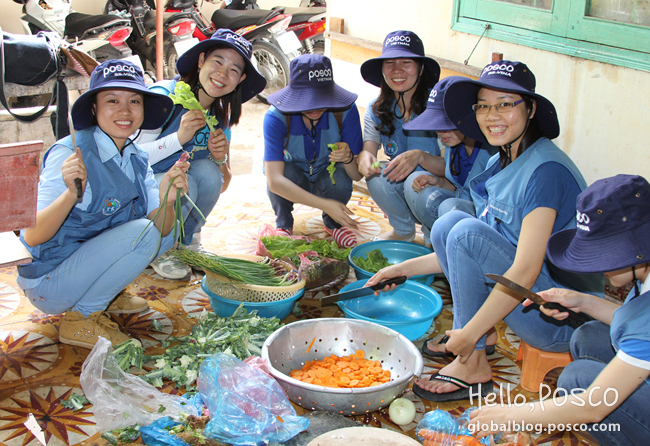 A group of 34 POSCO volunteers gathered at the Elderly and Lonely Caring Center of Ba Ria-Vung Tau province’s Long Dien District, a home of the happy house for 105 homeless old people. Understanding the difficulties of the elderly at the center, POSCO volunteers cleaned the facility for a fresher and cleaner environment. They also held a small session to guide them on how to maintain daily hygiene. After the housekeeping, our volunteers served fresh and nutritious food for the elderly living in the facility as well as presenting gifts. It was a truly heartwarming scene as both POSCO employees and the people in the house sincerely expressed their happiness for the activity. 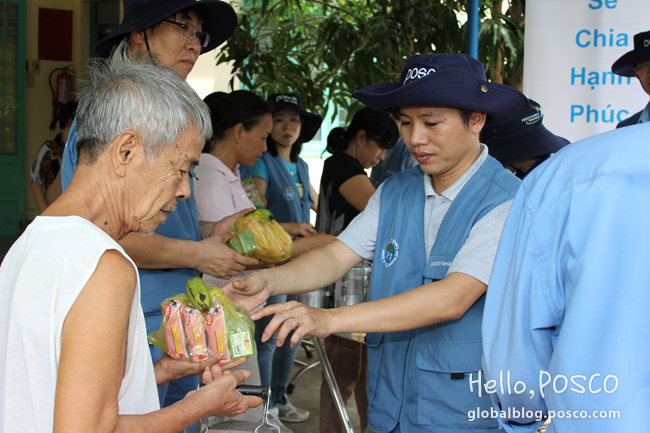 Cleaning up the lovely beach of Vung Tau

While they were working for the happy house in Long Dien District, another group of POSCO Vietnam volunteers took the responsibility of collecting the waste at Vung Tau beach. The beach is well-known for its fine sand seaside, longer than 10 kilometers. The lovely tourist attraction is always filled with excitement and busy with local and foreign visitors. 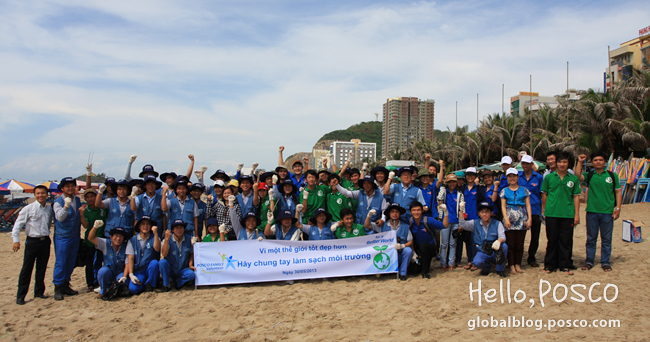 Although the hot summer of Vietnam was boiling hot on the day, 40 volunteers from POSCO Vietnam still went along to the place and actively picked up all the waste left by tourists. POSCO Vietnam’s employee, Ms. Hanh said, “This is the first time I participate in POSCO Family Volunteer Week. Although it was really sunny and hot, we still went for the cleaning up process along the beach to protect the environment. I would like to help and share more with the poor and needed people. I am really happy that I was a part of this initiative.” Mr. Lee Kwang Yung, General Director of POSCO Vietnam, who also took his part in the voluntary work told us, “POSCO Vietnam and POSCO SS Vina will offer more social activities for community development and make our efforts to implement successfully to our CSR activities for diverse local communities.” 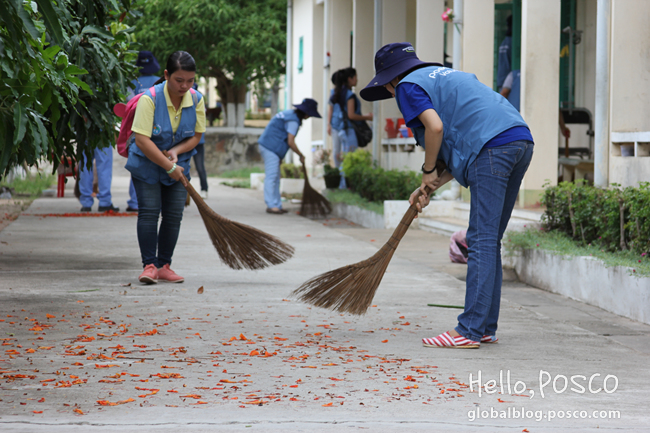 I heard POSCO Vietnam will kick off a new scheme called ‘Dream Village Project’ in this year. By joining in ‘Beyond Vietnam’ and ‘Habitat Vietnam’ projects in July and December, POSCO Vietnam will build a total of 24 houses for the poor and socially neglected people at Tan Hoa Commune and Ba Ria-Vung Tau Province’s Tan Thanh district. We will also establish the Tan Hoa Public Education Center for local students so they can have easy access to the IT training classes and scholarship. When these are done, ‘Hello, POSCO’ will be the first place I will write to so our global readers can be updated with POSCO Vietnam’s latest achievements.