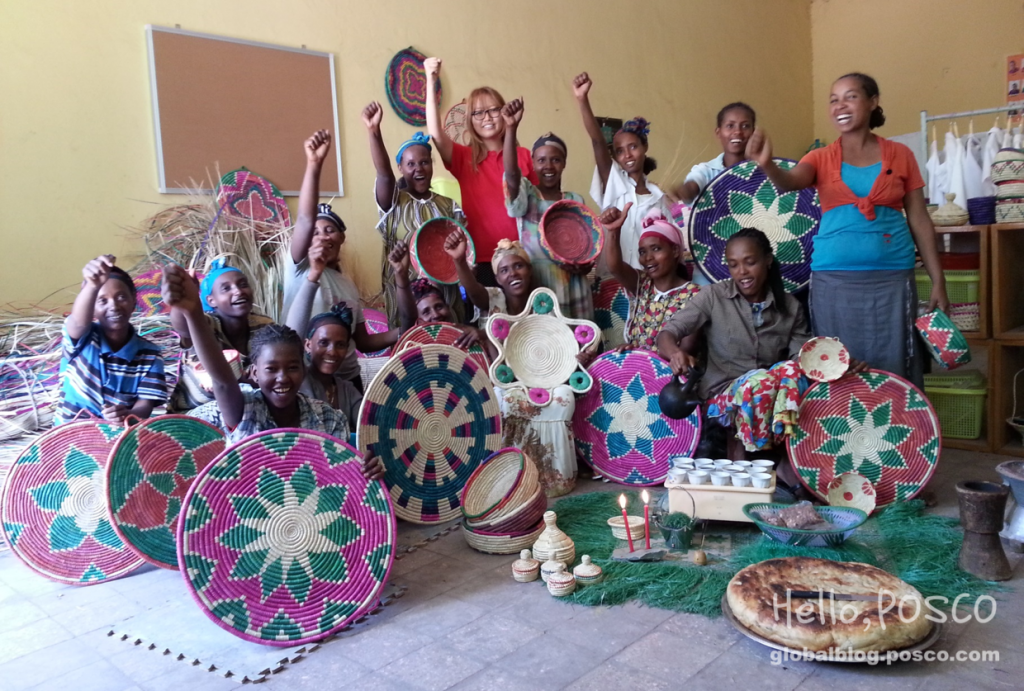 The 2013 Volunteer Corps operated small business projects such as basket-making, needlecraft training and poultry distribution while also running a model farm to educate farming skills for onion, corn and tomato. Moreover, the volunteers improved the townspeople’s living environment by constructing a town entrance and a reservoir. The corps consistently provided a safe playground and a kindergarten to provide education for children before their entrance to elementary school. In addition, the corps implemented regular medical education about waterborne disease prevention and birth control. Through cooperation with KOICA’s joint medical team, the corps also operated a mobile hospital for the community.

Interview with a POSCO Family Volunteer
To learn more about the volunteer works, let’s listen to the firsthand stories of Ms. Youn, Ji-hye who has recently returned from community project in Adulala village, Ethiopia. She is a daughter of Youn, Hyun-sun, the Manager of Gwangyang Steelworks Iron-making Dept. 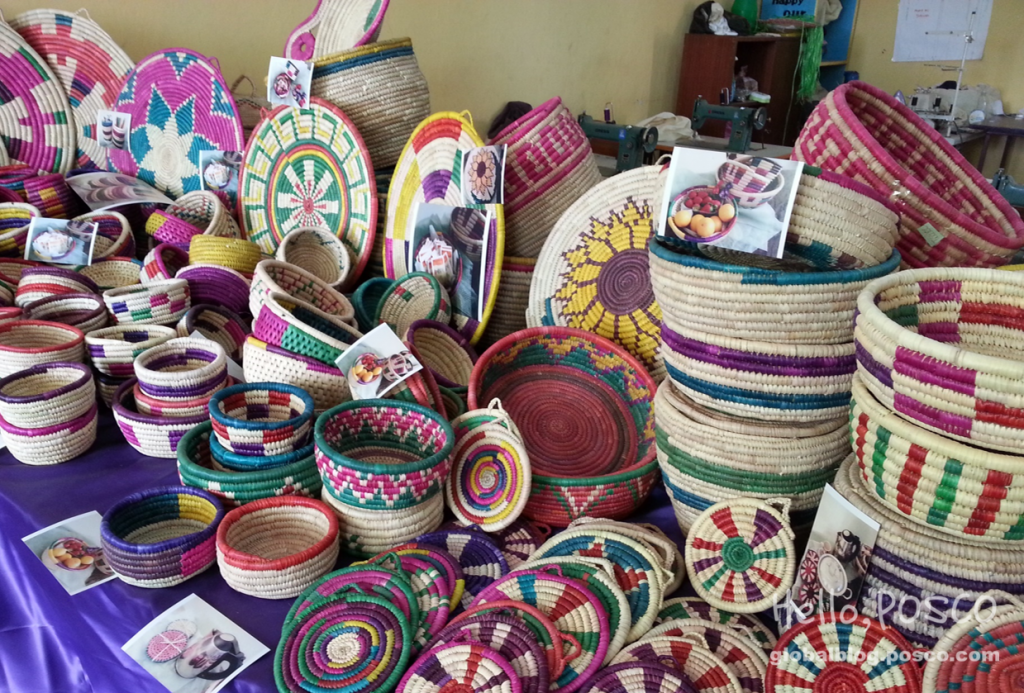 Among a number of business projects, we put the most efforts on ‘handicrafts business for local women’. The project is about gathering local women who are unemployed but possess skills to create handicrafts such as baskets and picture frames. In order to produce distinctive handicrafts, we varied the products in different sizes and studied craft designs with the women in the village. With such endeavor to develop the business, the local women received about 3,000 birr per month and 15,000 birr on the last month of the term. After making the largest profit, all of us had delicious lunch at a recreation forest in the neighborhood. I still have a vivid memory of them singing and dancing happily even when we came back to the village.

In what ways did you help them gain self-reliance? 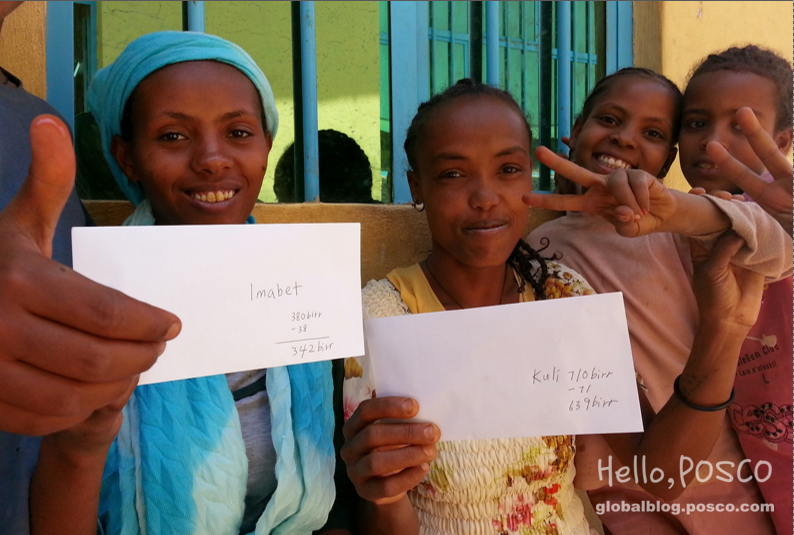 Previously, the women at the village used to spend their days delivering water or looking after their children. After participating in the handicraft business, however, they now have incomes. We created savings accounts for them to save the income and prevent immediate spending. Rather than rewarding for each sale, we gave out money in envelopes once a month. Moreover, to inform the significance of common fund, we always saved 10% of sales profit in the common fund account. As a result, many women learned the joy of saving and even desired to visit banks on their payday to save their salaries. I personally felt delightful because I believe we have delivered hopes that rewards follow after hard works.

What have you learned from the volunteering activities in Ethiopia 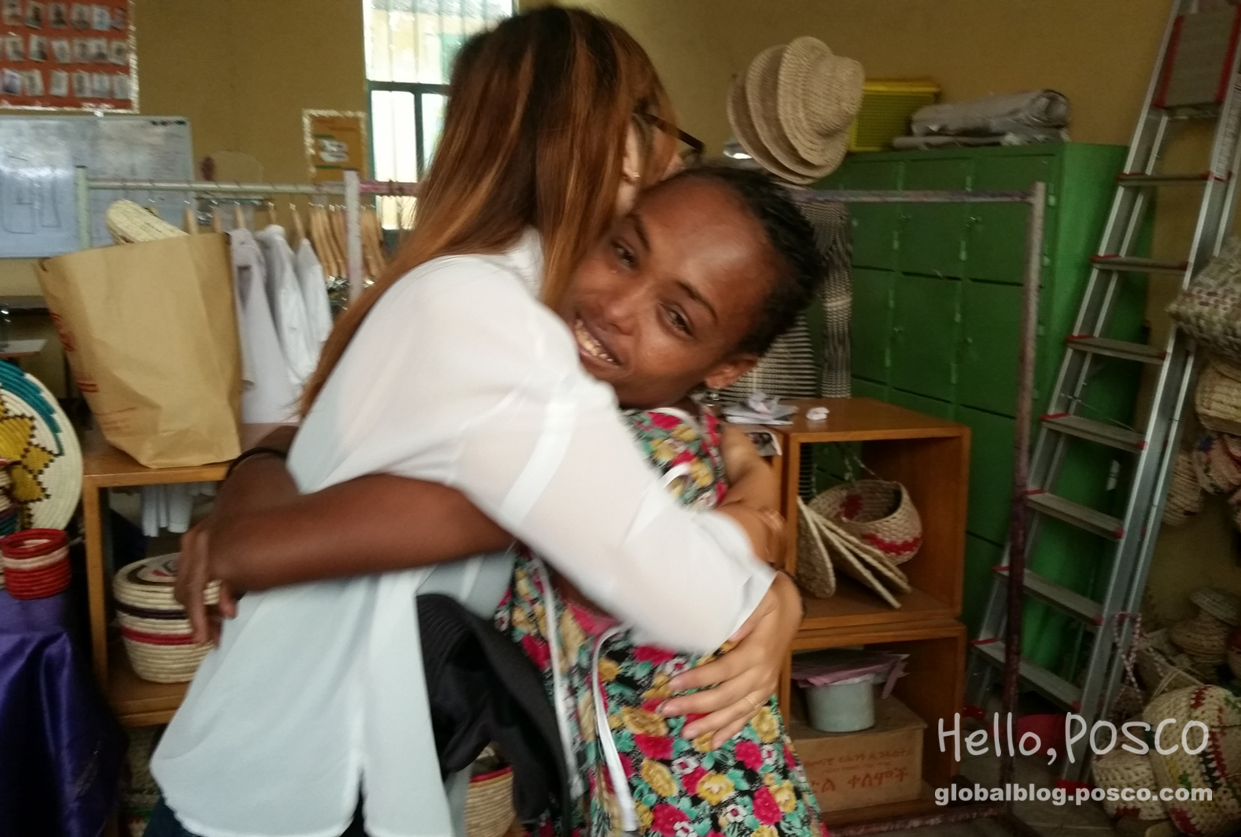 Many overseas volunteers often say that they ‘went to offer help but rather received it’. After 14 months of volunteering, I am having the same idea. Although I was the general manager of the business, many women who were older than my age called me, ‘my mother’ as they cheered and supported my work at the local community. I truly appreciated their genuine support. Every upsetting incidents at the village, I thought about my father who is currently working at POSCO in Korea. He must had a number of aggravating moments at work but he never complained at home. As I think of my father, I stood up again from occasional difficulties. I believe that arduous environments let you realize the importance of family. It seems that my activities in Ethiopia were the most valuable experience I had in life. In the future, I will always try to move forward by recalling the valuable memories from Ethiopia.