After 13 years of restless efforts by POSCO Family ‘Daewoo International’ for gas field operation in Myanmar, it has finally resulted in a successful entrance into full-scale production. ‘Hello, POSCO’ introduce you the opening ceremony held at  Yangon, Myanmar.

Accomplishment Made Upon Workers’ Sweats and Tears 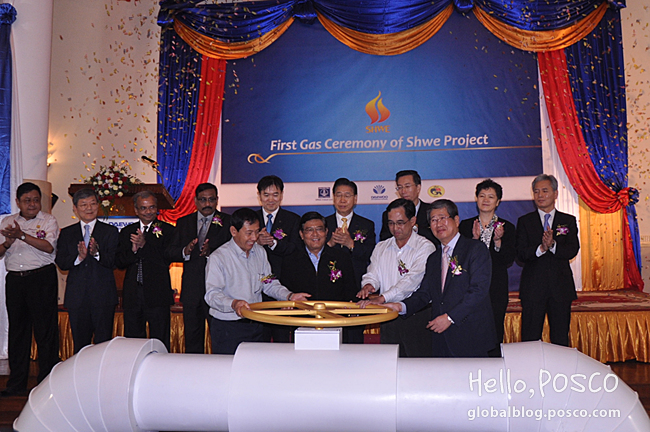 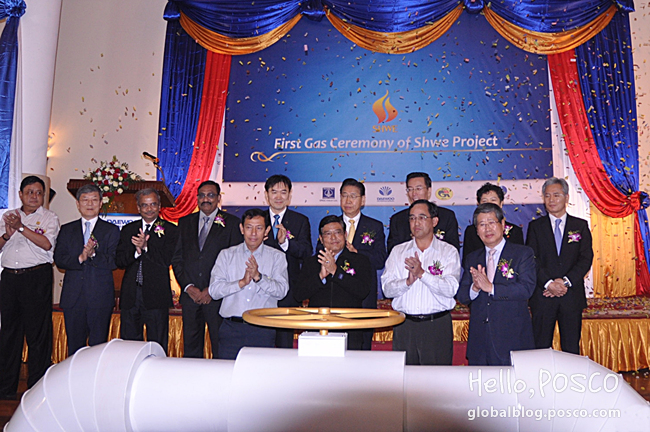 This ceremony for the gas field development by Daewoo International holds a significant meaning for all participants because the project went through a number of major difficulties due to sluggish investment conditions. Nevertheless, the employees’ sweats and tears have finally been paid for. 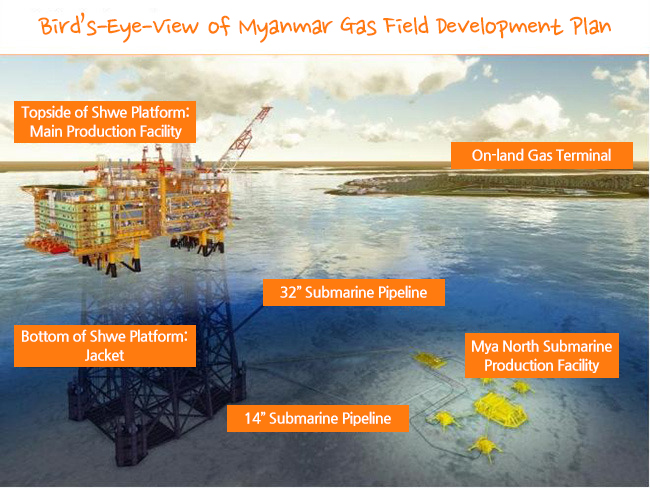 Daewoo International drilled the submarine area in Westside sea of Myanmar, in which other oil companies from France, Japan and the U.S. failed to find any feasible gas field in the 1970s. By adopting a new concept of exploration, they found ‘Shwe’ gas field in 2004 and also succeeded in discovering ‘Shwe Phyu’ and ‘Mya’ gas fields in 2005 and 2006.

The total amount of gas deposit in these three gas fields reach about 4.5 trillion cubic feet, which is the biggest volume of gas fields found by any Korean oil/gas companies around the world. In addition, the Myanmar gas field operation was undertaken by Korea’s own technologies and know-hows. It is regarded as a cornerstone and a good model for the Korean oil and gas companies operating overseas. 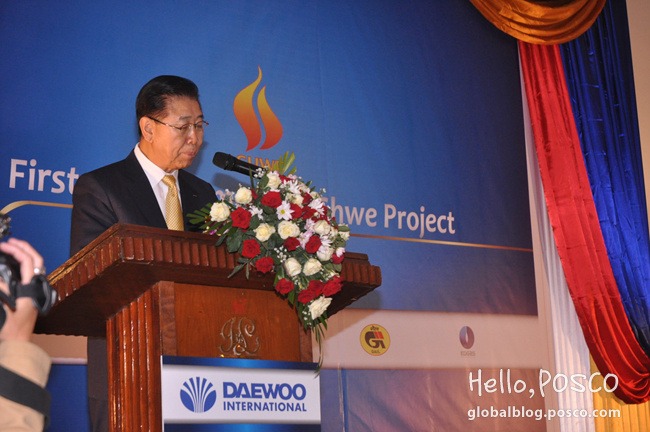 During the ceremony, Chairman Chung shared his feelings with the audience by saying, “This is the most rewarding moment since Daewoo International started working with us as a member of POSCO Family.” “To build a better world with dreams, hopes, materials and energies, which is POSCO’s vision, we absolutely need Daewoo International’s competence and know-hows in resource development,” he added. 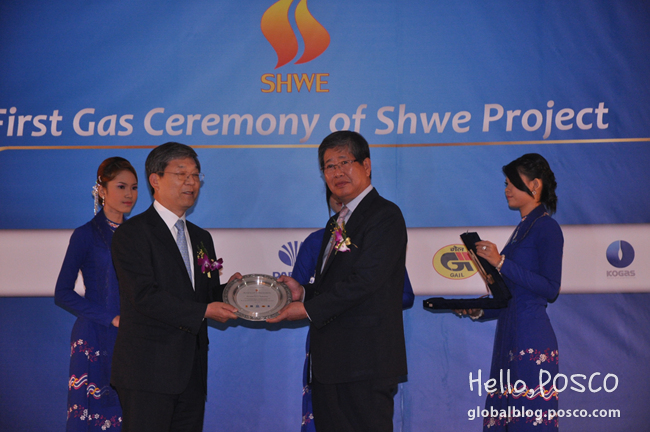 Lee Dong-hee, Vice Chairman of Daewoo International, also expressed his gratitude for the completion. “I am overwhelmed to see the successful result of the Myanmar gas field project, which is built upon our employees’ sweats and tears,” he said. The Vice Chairman Lee emphasized that Daewoo International will continue to focus on resource development and new growth engines to achieve another highly fruitful outcome like they have done in Myanmar. 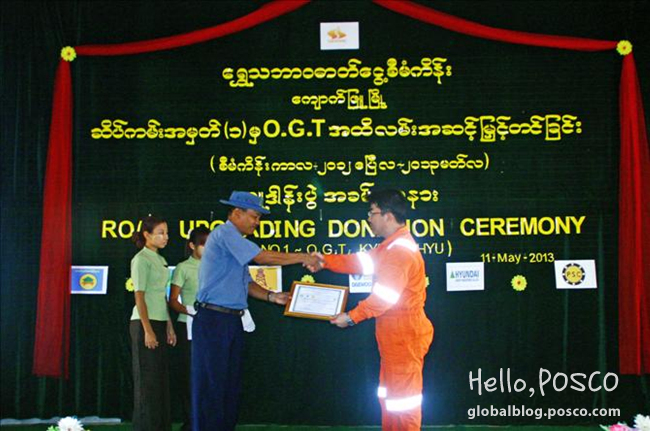 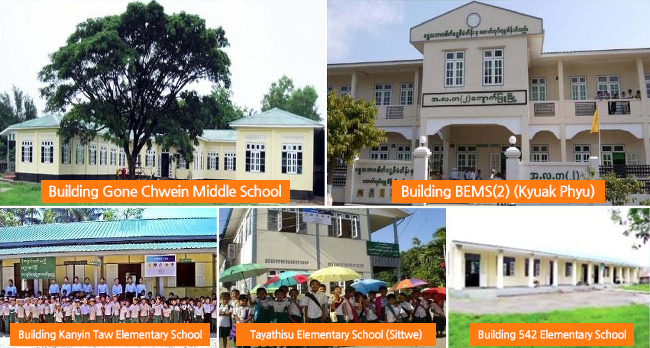 Notably, Daewoo International is also investing USD 200,000 every year to create a submarine forest in Mangrove, located near Ramree Island. The project will assist the subtropical region’s environment protection and provide protections from Tsunamis and cyclones.

A 4300kva (20㎿ per day) diesel generator is also installed for the on-land gas terminal in Kyuak Phyu, to ease the electricity shortage for about 5,000 local homes. The Myanmar Investment Commission (MIC) appreciated the effort from Daewoo International and granted a commendation for their social contribution. 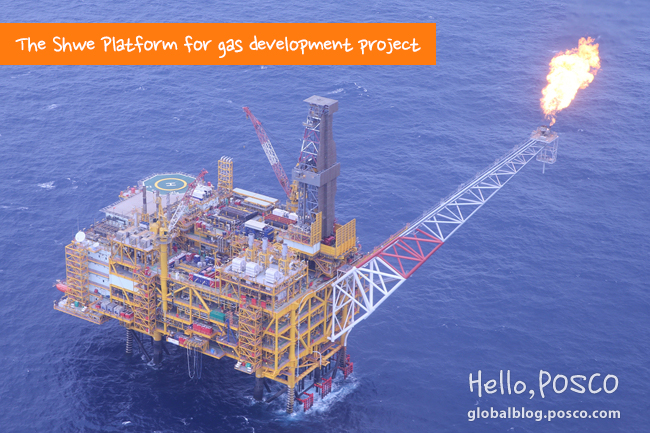