POSCO creates a better education for students in Indonesia

Indonesia has a rich amount of tropical resources focusing on agricultural development. While the nation has had expanded trade surplus and has a rich amount of natural resources, Indonesia still has poor education systems where only one third of instructors have completed a college education. POSCO and its employees have made efforts to improve the education system in hopes to help build the future for Indonesian children.

Krakatau POSCO has been funding education improvement projects led by ChildFund Korea. In partnership with ChildFund Indonesia,  POSCO has helped set up schools in villages near steelmills called Samangraya, Kubangsari and Tegalratu. 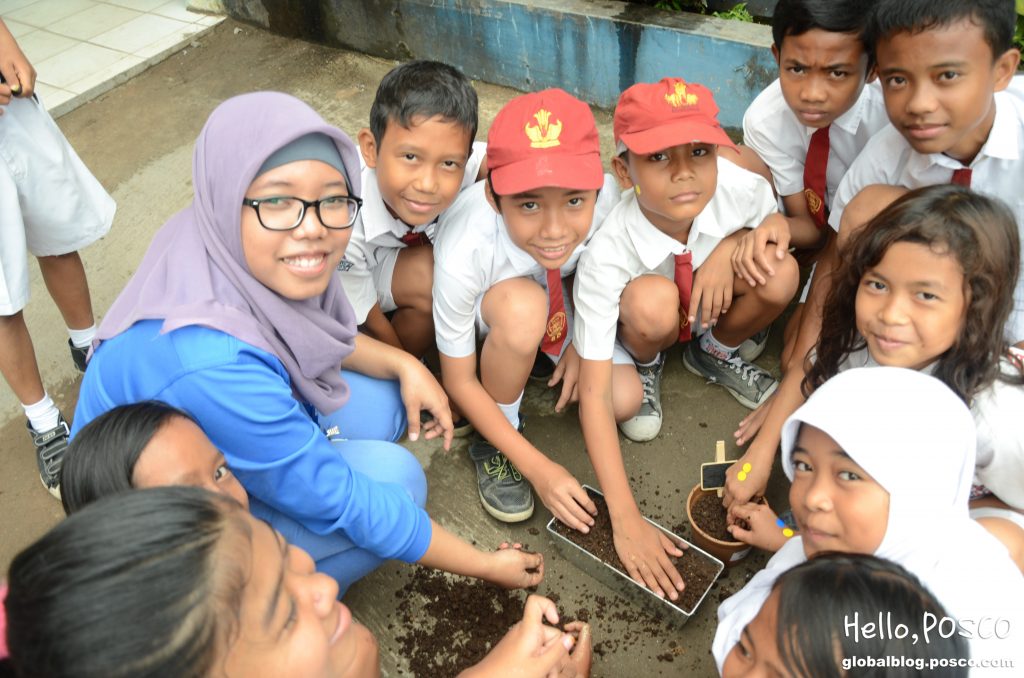 [box] What is Krakatau POSCO?

Krakatau POSCO was jointly established by POSCO and Indonesia’s state-run Krakatau Steel at a share ratio of 7 to 3, and boasts iron making, steelmaking, and steel plate production facilities. The company is capable of producing 1.8 million tons of slab and 1.2 million tons of steel plate annually. It is especially noteworthy as it is the first integrated steel mill that was established by POSCO in Southeast Asia. It was a new milestone in overseas steelworks construction as it involved various POSCO businesses in different fields including construction, power generation, and IT. POSCO is planning to operate steelworks in Indonesia to create a steel belt that connects China, Vietnam, Indonesia and India in order to target the entire Southeastern Asia region.[/box]

More about the education improvement programs in Indonesia!

Since last September, education environment improving activities have started in Krakatau POSCO that specifically target schools near the steel mill. Krakatau POSCO has participating in volunteer projects in efforts to support poor education conditions in Indonesia. Let’s explore the different types of work that POSCO employees have been involved in so far.

Currently, less than one third of instructors have completed college education in Indonesia. Thus, improvement of the qualification of instructors is a major issue. To address this, Krakatau POSCO has created a training program for educators in order to improve their teaching capabilities. This program is in line to be expanded for total 6 schools and 120 students in 2014 by request of schools nearby.

Pictured here: A student in Indonesia holds up a picture that portrays the type of school she dreams of 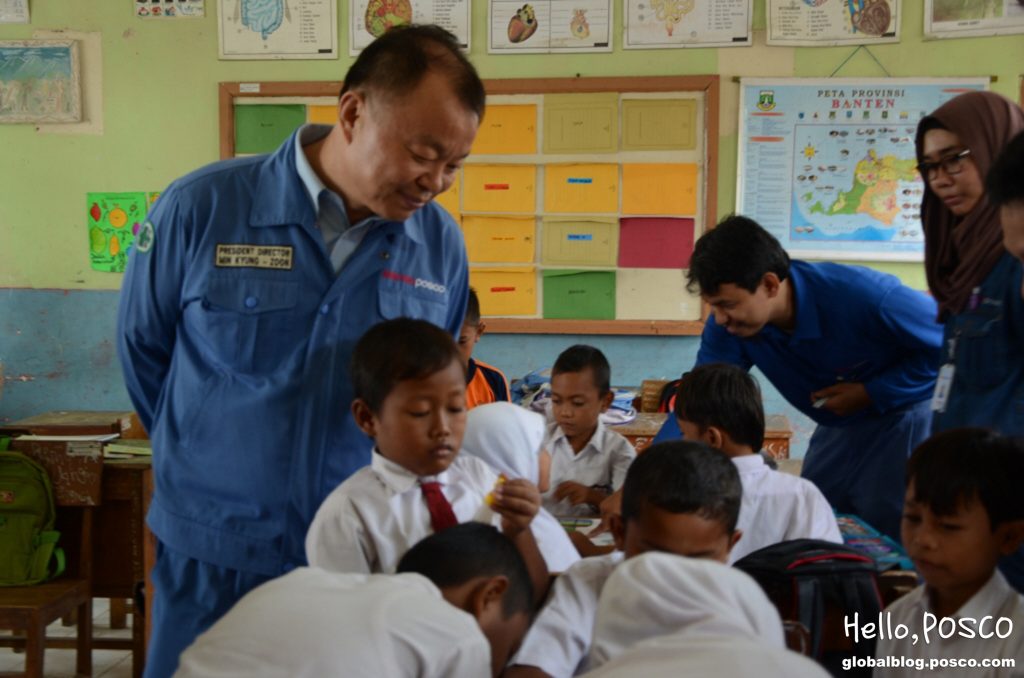 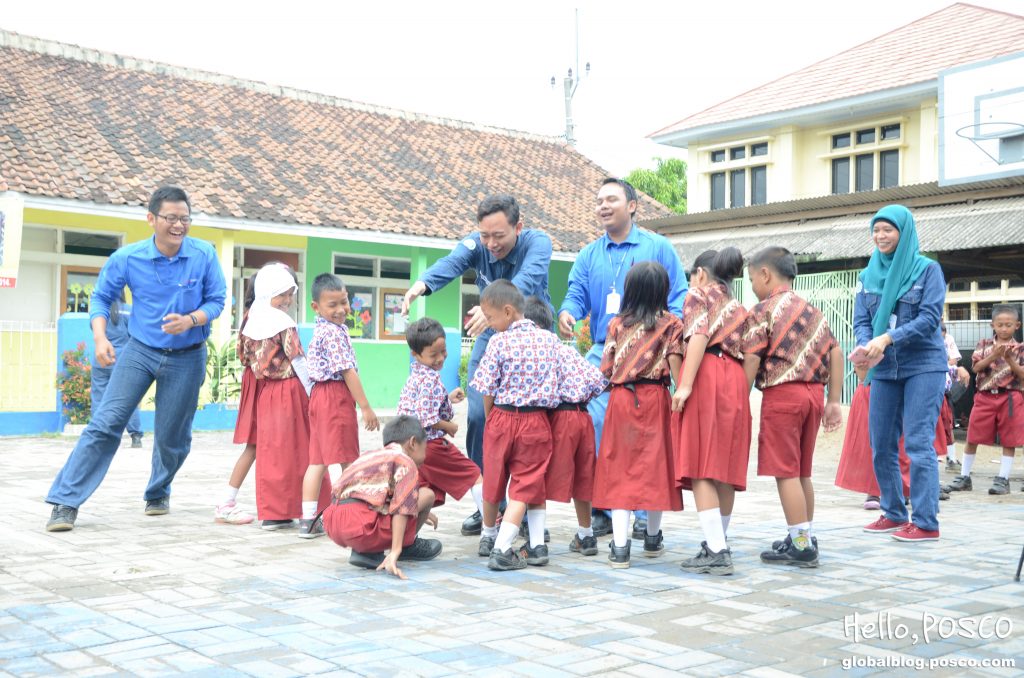 In addition, volunteer programs for students were created in order to give students a chance to trade positions and actually take part in education improvement projects. To raise awareness among students, students were asked to provide suggestions for areas to improve. Through discussion, students got involved in deciding and ultimately participating in volunteer work.

Improvements to education infrastructure and volunteering

Conditions at schools near Cilegon which is where the steel mill is located are very poor. In fact some schools do not have any desks so students participate in classes from the floor. There are no washroom facilities at school so students must go to nearby homes. Schools that are funded by the government are relatively better, but privately funded schools are in dire conditions. 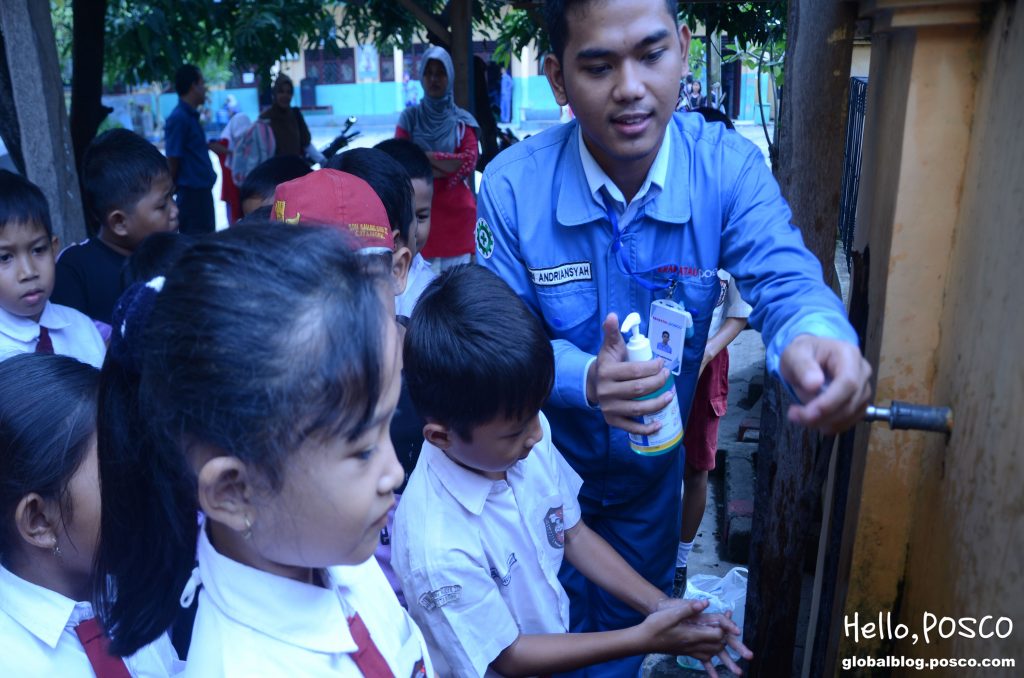 Krakatau POSCO is addressing these harsh school infrastructure conditions by providing desks, school materials and even building bathrooms, libraries and other education infrastructure. Going forward, employees at Krakatau POSCO plan to participate in volunteer programs at these schools. 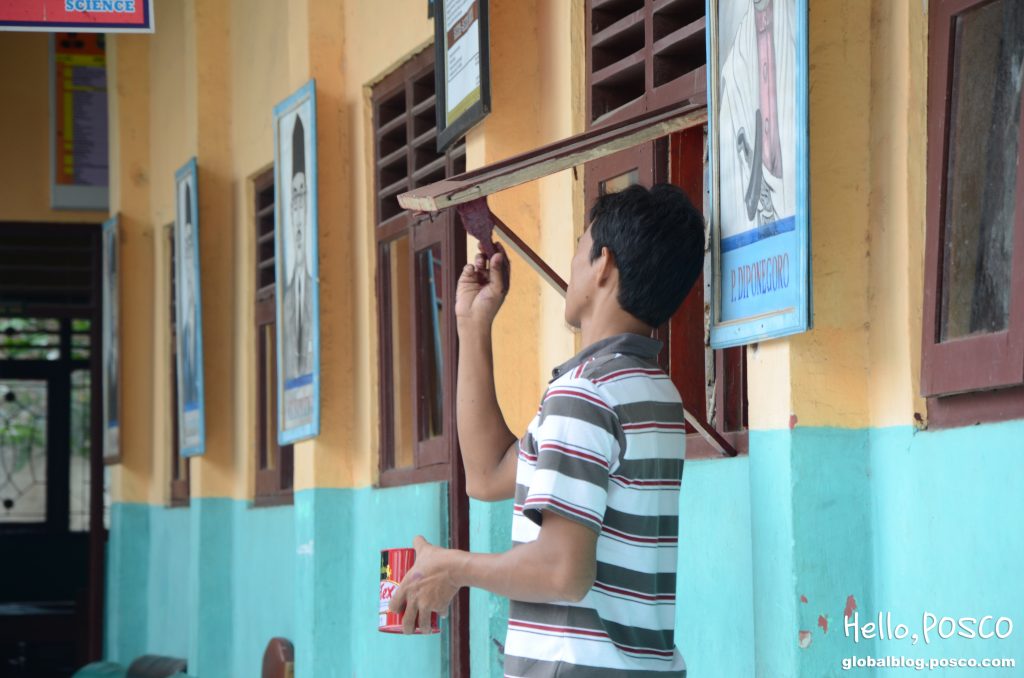 Pictured here: Making improvements to the education infrastructure in Indonesia

Surprising changes made through improving the education environment

Three schools in the area of Cilegon are now witnessing many positive changes due to education improvement projects led by Krakatau POSCO. As instructors have learned various teaching methods and new skills, the 1,071 students at the three schools are now much happier and participate more in class as well!

Here is a short video highlighting the positive influence that Krakatau POSCO has had on the education system in Indonesia.

Below are feedback from those impacted by the education improvement projects in Indonesia. 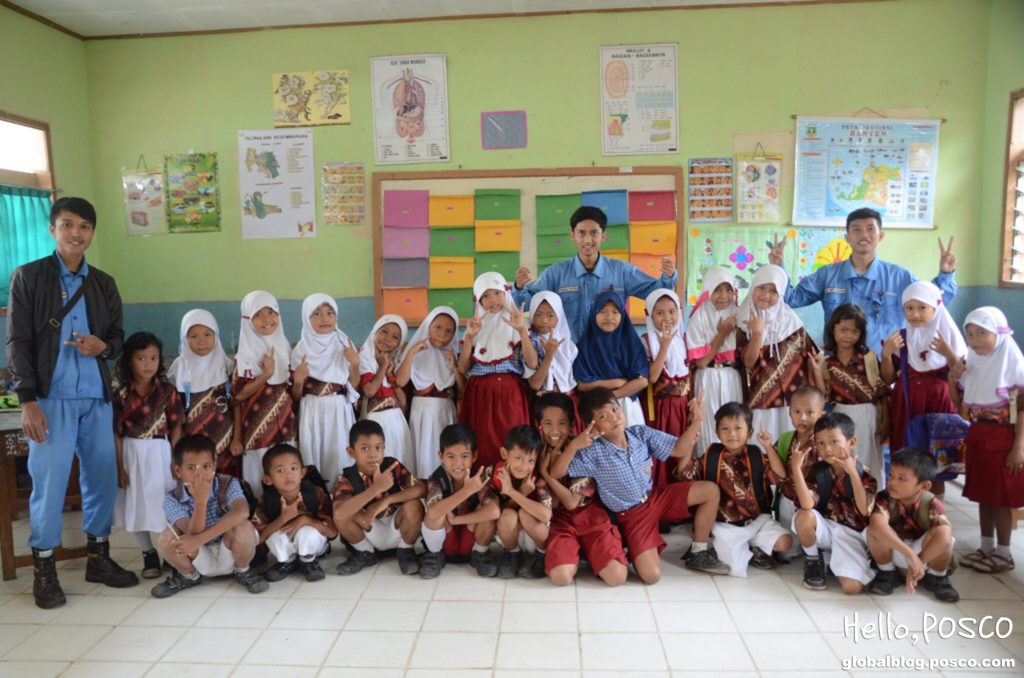 Webi Andriansah (Employee in the Environment & Energy department at Krakatau POSCO): Students made me feel like I was a big brother to them. Also they asked many questions about my job, experiences of school, family etc. I felt many emotions when I shook hands with student after the class. This activity was not only a new experience to students but it also affected my life values and mind!

Ana Siva Urrohmah (6th grade student): I’m a student of SDN Samangraya Ⅱ. I’m so happy and thankful for the classroom that my friends and I can use. I’m curious about how the new classrooms will incorporate our opinions and I am sure it will make our educational experience more joyful. In addition, now that we have sports equipment, we can now participate in events that we previously could not join in.

Waldatun TH (Teacher at SDN Tegal Kidondong ): The training program I participated in was a great opportunity to share opinions and ask questions freely. The program supporters answered questions so actively even during lunchtime or afternoon breaks. I got confidence by being able to actually apply methods that I learned through this program in the classroom!

We hope you enjoyed our blog post about the efforts that Krakatau POSCO is making in Indonesia to improve the education experience for students! POSCO is building a better, brighter future for the younger generation!