Artistry in Music through Steel

With Carnival coming to Brazil, the Ultra Music Festival landing in South Africa, and America handing out statues at the music industry’s biggest awards show – February is full of events celebrating music. Through various cultures and countries around the world, we can see how music has transformed itself through time and technology.

Of the musical instruments most likely to be seen, wood and brass might be the most known materials, but if we look closely we can find creative uses of other metals, including gold, silver, platinum – and even steel.

Because steel is heavier than other metals it is typically not found in many musical instruments. However, today we will explore how steel and metal have helped to revolutionize sound and music.

Swedish band Wintergatan debuted their self-titled album in the Spring of 2013. After 18 months of touring, founding member Martin Molin decided that he wanted to go in a different direction with a visionary project to build a musical marble machine. His contraption feeds 2,000 steel marbles through multiple tubes at varying heights to create a variety of rich, layered sounds.

Wintergatan’s programmable marble machine powers a kick drum, snare drum, hi-hat, sizzle cymbal, electric bass, and a vibraphone. The marble machine consists of around 3,000 parts, 3,000 screws, 500 LEGO Bricks, and 2,000 steel marbles. Originally scheduled to be built in two months, it took Molin more than 14; however, success came as their first YouTube video garnered more than 10 million views after just three days (it now has over 1 billion).

Molin built the marble machine in the style of older music that used loops. Telling WIRED, “…everyone makes music on a grid nowadays, on computers. Even before digital they made fantastic, programmable music instruments. In bell towers and church towers that play a melody they always have a programming wheel exactly like the one that is on the marble machine.”

Wintergatan’s Marble Machine must be seen (and heard) to be believed. The complexity of the simultaneously moving parts is mind-boggling to watch. Even more surprising – that such sound could come from steel marbles moving rolling through funnels.

If we rewind almost 100 years, we can find the introduction of one of the first electronic instruments. The theremin is an electronic music device that was patented in 1928 by Russian inventor, Léon Theremin (1896-1993). It is unique among instruments because it is played without any contact by the musician. Instead, the thereminist must move their hands in proximity to the two metal antennas that control the pitch and volume of sound. When building his first instruments,  Léon Theremin used a steel chassis to hold his new instrument.

The distinctive sound that comes from the theremin is due to the movements of the player’s hands. These movements give the sound a vibrating depth similar to vocal chords and violins. The theremin was particularly popular in America following WWII, but as more and more electronic instruments came onto the market, it fell out of favor among serious musicians.

Over time, many musicians became taken to the theremin – including Jimmy Page of Led Zeppelin and Brian Jones of the Rolling Stones – however, probably none were more popular than the 1966 Beach Boys hit, Good Vibrations that used a theremin-like instrument on the opening chords of its smash song. 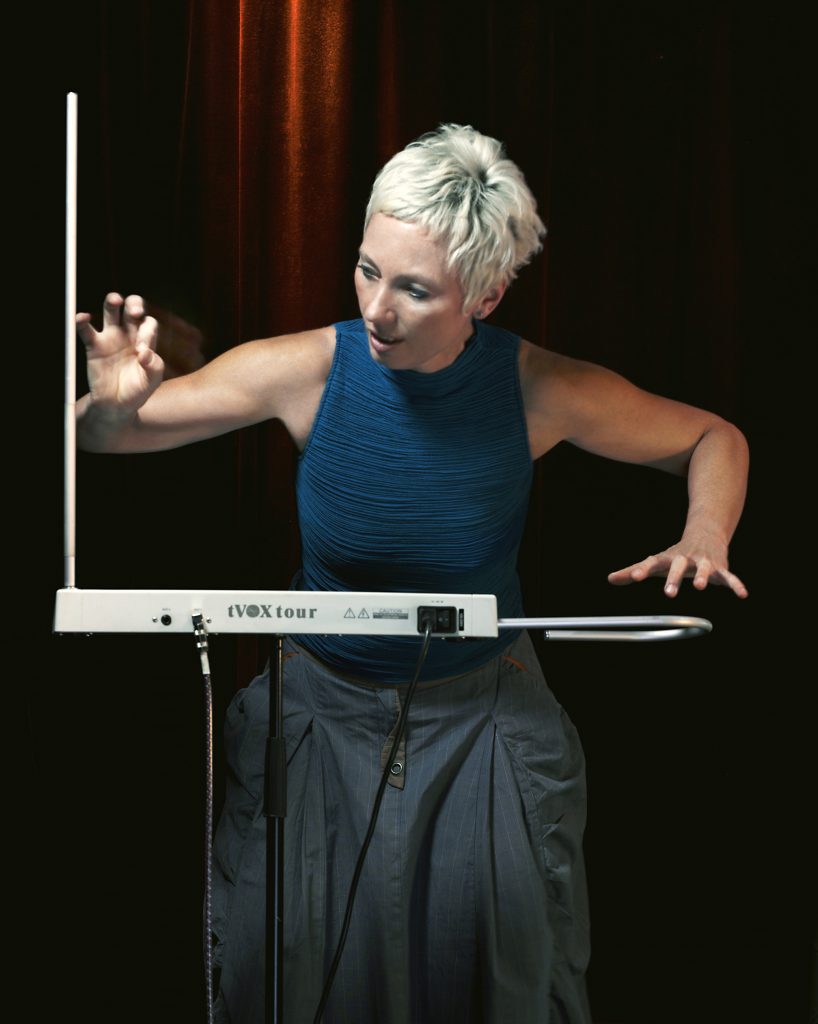 Before the theremin got in the hands of the Beach Boys and Rolling Stones, the most popular player was Léon Theremin’s protégé, Clara Rockmore (1911-1998). Watch her video below to see the exquisite expertise and talent required to play one of the first electronic instruments.

The music industry is always working to reinvent itself and find new and creative sounds. In the early 20th century, the theremin arrived to give audiences something breathtakingly new. Fast forward to the 21st century and we find steel helping artists create monumentally complex machines to create new music.