This marked the first time in 40 years that POSCO began producing molten iron overseas since its first effort on Yeongilman Bay in Pohang. POSCO’s 40 years of devotion to steel has begun to make its appearance overseas. 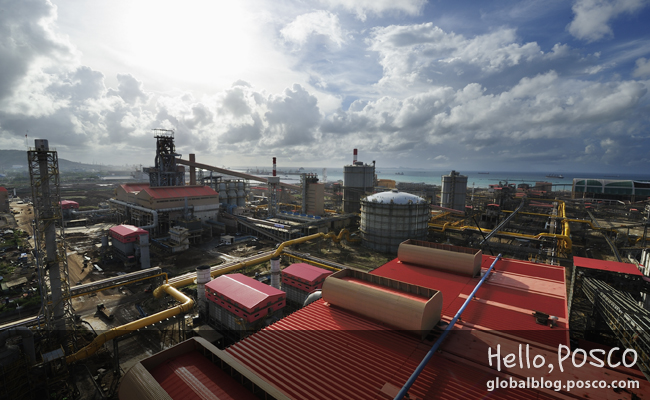 In his congratulatory speech President Yudhoyono said, “I anticipate that Krakatau POSCO’s steel products, manufactured at these cutting edge facilities will both satisfy steel demand in Indonesia, and greatly contribute to economic growth and job creation.” 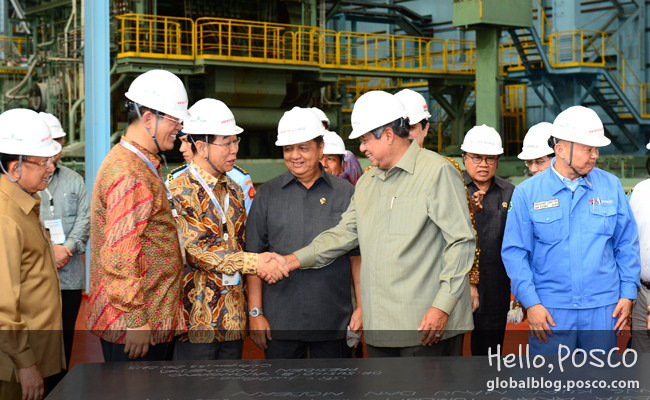 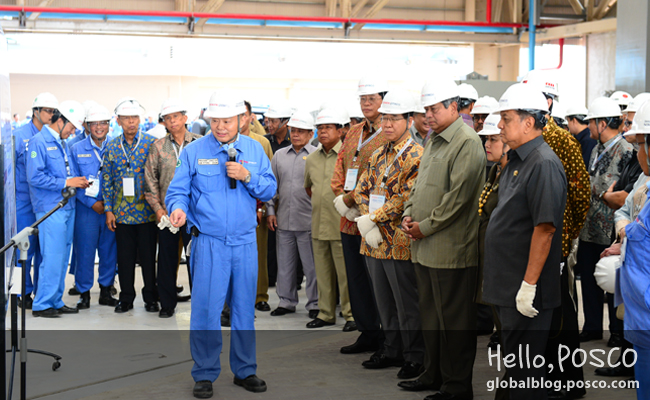 CEO Chung said, “The past 30 months of integrated steelworks construction was not an easy journey, but we have succeeded with the strength of Korean technology and Indonesia’s excellent manpower. Just as POSCO’s philosophy of serving its home country by the means of steel production became the basis for national economic development in Korea, I am certain that Krakatau POSCO will serve Indonesia in the same capacity.”

Krakatau POSCO was jointly established by POSCO and Indonesia’s state-run Krakatau Steel at a share ratio of 7 to 3, and boasts iron making, steelmaking, and steel plate production facilities. The company is capable of producing 1.8 million tons of slab and 1.2 million tons of steel plate.

Krakatau POSCO plans to reach positive operating profits in 2014, its first year of operation, through proactive market development and low-cost production technologies. The company will proactively secure sales networks in the domestic market where prices are higher than exports, and sell 1.5 million tons of slab and 600,000 tons of steel plate in Indonesia.
The company also plans to secure competitiveness in its early stages, through innovative cost reduction activities such as utilizing POSCO’s unique production technology which can employ low grade materials, and thus gradually utilize Indonesian steel ore in place of costly imported steel ores. 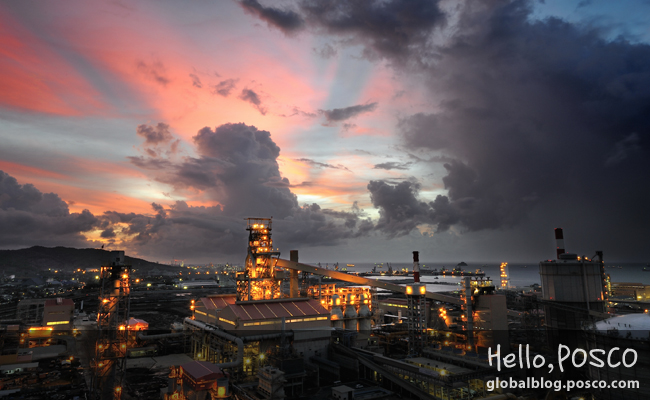 Over the course of the integrated steel works project, the POSCO Family companies in each field, including construction, power generation, and IT, gathered together to mark a new milestone in overseas steelworks construction. When the Pohang Steelworks was first built 40 years ago, POSCO had to solely rely on overseas technologies but it can now construct overseas steelworks on its own.

POSCO E&C was responsible for overall engineering and construction of the integrated steelworks including iron making, steelmaking, and steel plate production facilities, while POSCO Energy was in charge of constructing a steam power plant. POSCO ICT established the EIC engineering and IT integrated system, while POSCO CHEMTECH supplied a processing facility producing limestone furnace and coke byproducts. POSCO M-TECH built a factory to produce aluminum deoxidizers, necessary for molten iron production. Daewoo International will support overseas exports and domestic sales of the steel materials produced in Indonesia, as well as new resource development in Indonesia.

The necessary equipment for the steelworks was provided by 222 small and medium sized companies, including Taechang Machinery which provided equipment to custom cut steel plates according client requirements, and Hyundai Mechanic & Electric which provided electric power receiving and distribution facilities. Overseas on-site construction was carried out by 26 companies, including Dongjin and Daeah E&C.

Indonesia makes up a large market, with a population of 250 million, maintaining an average annual growth at 6%. The market has excellent steel consumption potential, as 12.5 million tons of steel are necessary for economic growth. However, Indonesia has mostly relied on imports, with annual steel consumption per person of 50kg, less than one-twentieth that in Korea. There are no quality and cost competitive steelworks in surrounding economic areas, including Vietnam, Malaysia, and Myanmar, thus ensuring further market potential for the steel industry in Indonesia. By commencing operations of the Indonesia integrated steelworks POSCO plans to complete a steel belt spanning China-Vietnam-Indonesia-India to target the Southeast Asian market, and continue to grow as a global steel company offering the world’s best competitiveness.