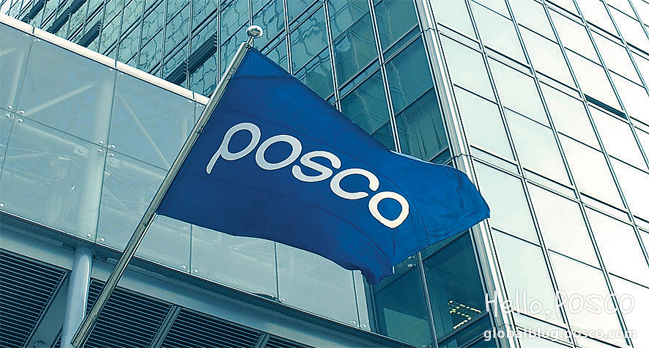 POSCO (NYSE:PKX) held a conference call on 24 April to announce the results of their first quarter for fiscal year 2014. On a consolidated basis, the company recorded KRW 15,440 billion in sales revenue and KRW 731.3 billion in operating profit.

The company saw a drop in sales and operating profits due to global economic recession. However, its operating profit margin grew by 4.7 percent, as a result of improved profitability in non-steel businesses. Net profits decreased to KWR 55.6 billion, due to the weakened won and tax audit expenditure.

On a non-consolidated basis, the company recorded a sales revenue of KRW 7,363.8 billion and operating profit of KRW 517.7 billion.

The volume of crude steel production and sales for Q1 dropped to 9.3 million tons and 8.4 million tons respectively, effected by shorter calendar days, as well as the maintenance of main facilities.

The seasonality also had an impact to POSCO’s quarter-to-quarter sales in the major steel-consuming industries such as automobile, and shipbuilding & ocean plant, which decreased to 2.0 million tons and 0.7 million tons respectively.

Despite the drop in Chinese steel prices, POSCO was able to record an operating profit margin of 7.0 percent, reporting a quarter-to-quarter increase of KRW 30 billion on a non-consolidated basis, by maintaining its price while cutting down on raw material costs.

Efforts to improve its financial soundness were also continued.

In March, POSCO reimbursed high-yield bonds valued at USD 700 million to cut down the debt, reducing the cost of interest by using its own funds and low-yield Japanese Yen bonds issued in December 2013. Furthermore, the company made various efforts to improve financial conditions, such as reducing turnover period of the assets. As a result, its cash and cashable assets increased by 46 percent compared to the end of 2013, reaching up to KRW 2,033 billion.

POSCO is expected to further improve its cash flow as it cuts down on investment this year. The company is readjusting its investment shares in project-financing for POSCO E&C, and the funds implementation plan for its joint venture with Dongkuk Steel and Vale, Brazil CSP Steel Plant Complex, was also delayed.

Improved Performances of Key Affiliates In Trade and Construction Businesses

POSCO anticipates that the global demand for steel in second quarter to recover slightly, as steel prices rebound after the Chinese New Year due to inventory adjustment and restored demand. The global demand will turn to a stable 3 percent growth level in 2014 ~ 2015, as the demand from the U.S. and Europe recovers to 3 ~ 4 percent range.

POSCO plans to go all out in improving management performance, by reinforcing sales activities that incorporates technology into marketing. The company will also continue its efforts to increase the sales portion of ‘high value’ products by providing customized solutions that touches all aspects of the business, from product planning to sales, and services, while at the same time maximizing its financial soundness. 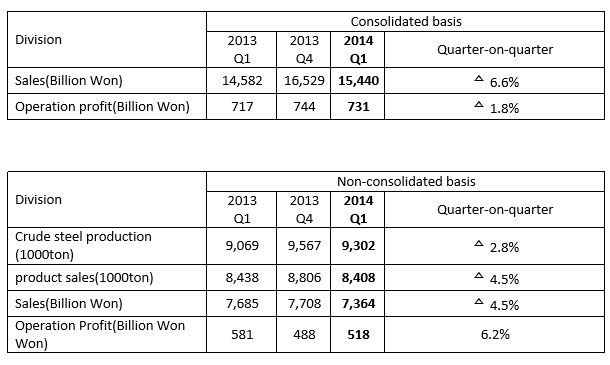