POSCO-America was founded in 1984 and is headquartered in Fort Lee, New Jersey in the New York City Metropolitan Area. There are also additional offices located around the country, including Houston and Detroit. 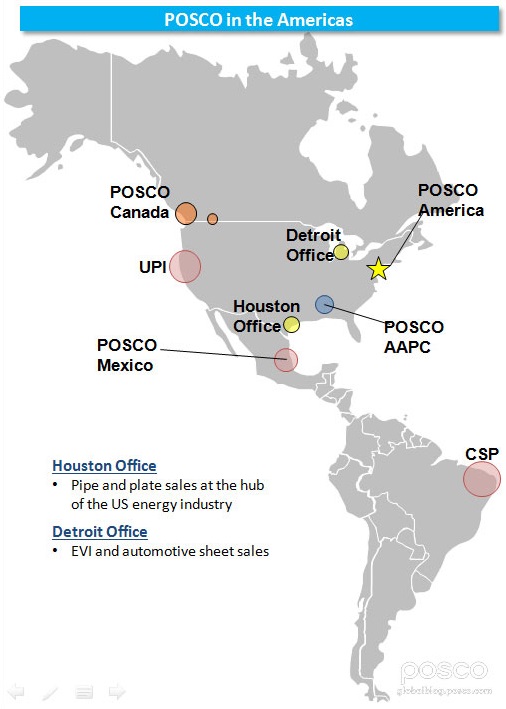 POSCO-America is a subsidiary of South Korean steelmaker POSCO. It operates steel production and processing facilities as well as sales offices and technical service centers to better serve customers. It is also responsible for the execution of its growth strategy and management of existing subsidiaries and investments. POSCO-America is constantly creating remarkable value through high quality products and innovative solutions. Let’s get to know POSCO-America and take a look at some of its activities. 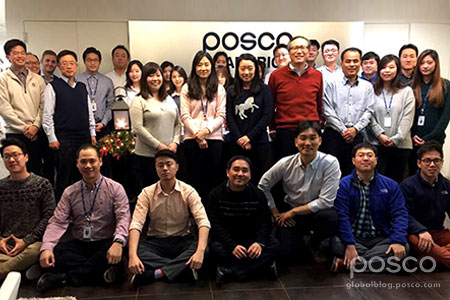 Wonki Kim, president of POSCO-America said, “POSCO-America is striving to generates synergies amongst our various entities as POSCO’s representative company in the Americas.” POSCO is also committed to this objective. In fact, POSCO has invested a total of $1.9B in the Americas spread over 25 entities since POSCO- AMERICA’s establishment. POSCO has made various investments in steel production & processing facilities, sales offices and technical service centers to better serve customers in the Americas region.

In addition to its headquarters in New Jersey, POSCO- AMERICA’s footprint extends beyond the US to Mexico and South America.

Since its inauguration as the representative company in March of 2015, POSCO-America carries itself with a larger sense of responsibility. Kim stated, “Figuring out how to generate synergy projects amongst the various POSCO family companies in the Americas is what matters most.” POSCO- AMERICA is also focused on creating value for customers through Solution Marketing which incorporates application technology (technical solution), customer support (commercial solution), and heart-to-heart relationship (human solution).

Communication is often said to be the key to success and POSCO makes a great effort to maintain an open line of communication. In fact, the company shares all of its ideas through a Synergy Portal where members of each POSCO family company can join and suggest ideas as well as opinions at any time. Even results of each meetings are shared without omission through this system.

According to Young Jin Kim, CFO of POSCO- AMERICA, the Synergy Portal serves as an infrastructure in maximizing POSCO- AMERICA’s efficiency and competitiveness by allowing the free flow of ideas, information, opinions, questions, and suggestions.

POSCO- AMERICA makes great effort to create a sense of unity and solidarity among employees. One of the ways POSCO-America pursues this cooperative environment is by involving in a diverse range of community activities. These activities include repairing rundown houses, volunteering to distribute food for people in need, and tree planting. 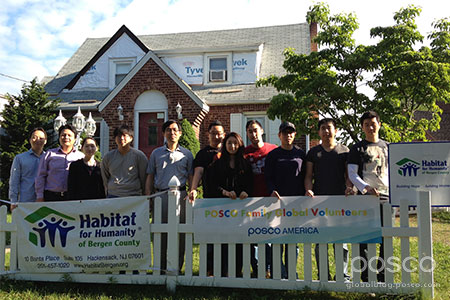 POSCO-America also holds a monthly meeting where all employees discuss the overall performance of the company. Each department shares its performance, issues and plans. Through this activity Young Jin Kim hopes to “raise a sense of corporate belonging and pride as employees of POSCO.”

Different studies conducted around the world show that sharing a meal together can create and build a sense of community among colleagues. For this reason, POSCO- AMERICA incorporates a large and open multi-purpose area where employees can congregate and enjoy lunch together. Even in the workspace, POSCO-America employees can interact freely with each other due to this open space design.

And this is only the beginning. “We’re in the process of creating a mentoring program to increase employee satisfaction,” noted Young Jin Kim. “This program will match a supervisor or any manager with entry-level employees, and build an environment where mentors can provide useful tips to entry-level employees.”

POSCO-America has its future mapped out and the aim is to build a bond, not only within the company, but also the local community. POSCO is truly creating a sense of belonging for POSCO-America, its employees and the local people and has many more fun and engaging activities lined up for 2016.