With this title, the Pohang Steelers marked the record of winning a total of 4 championships while winning two titles back to back and proved themselves to be the best team in the Korean football league. 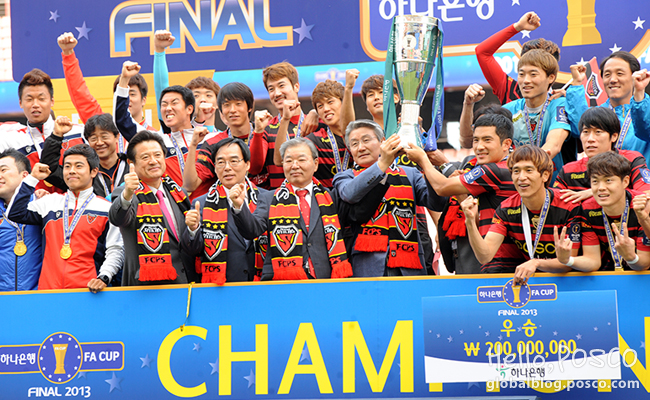 In the 24th minute, rookie Kim Seungdae scored the first goal and headed the Steelers into the lead. Jeongbuk defender Kim Kihui then netted the equalizer. As the match ended in 1-1 draw even after extra time, the two teams played a shoot-out.

In this cliff-hanging shoot-out, Pohang’s goalkeeper Shin Hwayong gave an inspired defense, blocking two shots by the first and second players. With his excellent blocking, the Pohang Steelers had a decisive victory by winning 4PK3 and lifted the FA Cup again this year. The hero in this game, Shin Hwayong, earned the MVP award. 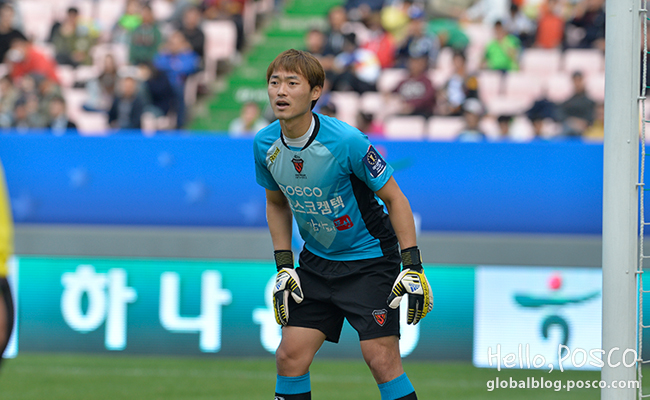 On this day, the stadium was covered with waves in red and black. 53 buses with about 3,000 supporters presented another magnificent spectacle to see.

With this victory, the Pohang Steelers qualified for the ACL (AFC Champions League) in 2014. 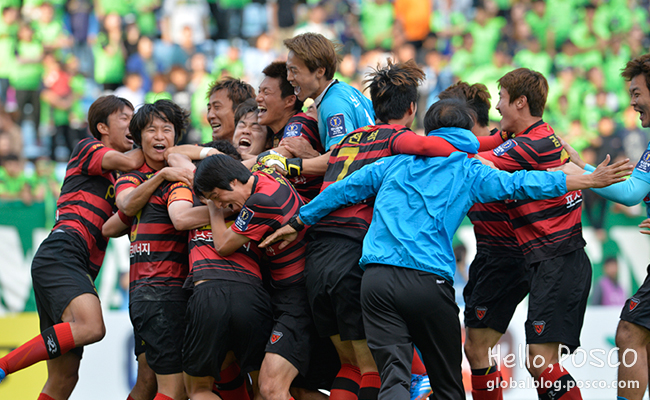 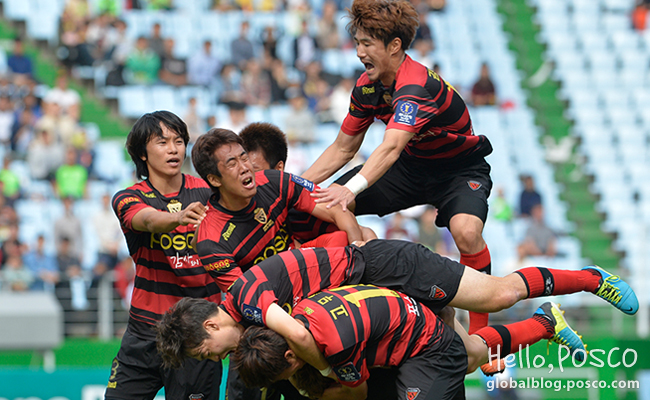 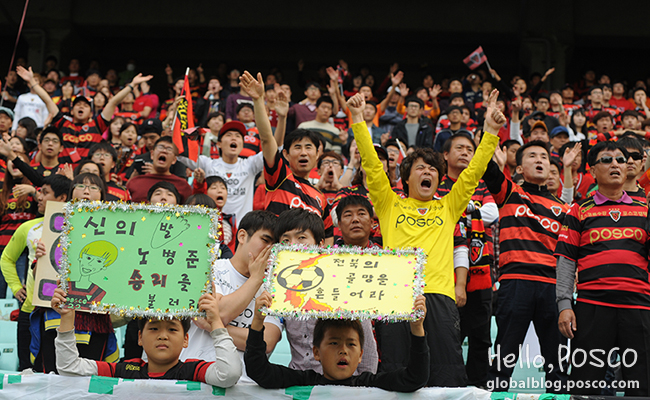 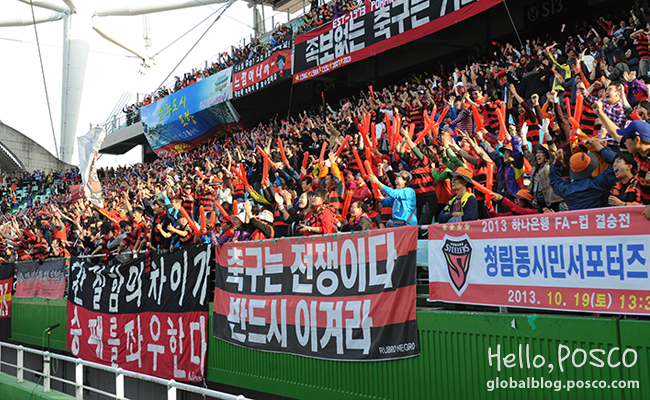 Gathering momentum from this victory, the Pohang Steelers are looking forward to completing their double crown with the title in the K-league Classic, in which the club is now positioned in second place,  for the first time in the history of the Korean football league.

Founded as a semi-professional football club, POSCO Football Club in 1973, the Pohang Steelers are now celebrating their 40th anniversary and their mother company, POSCO, is providing full support behind them. 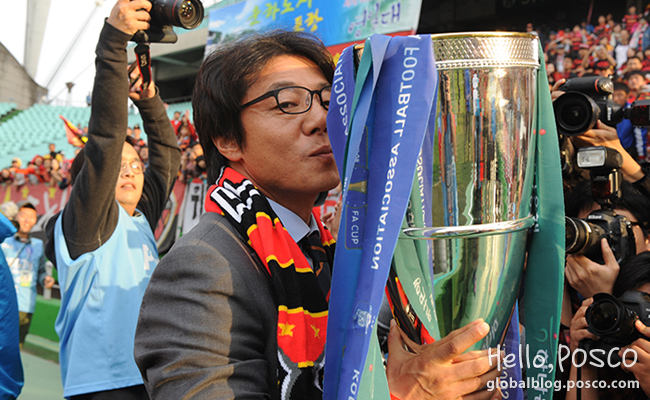 With unsparing support from POSCO, the Pohang Steelers scouted the country’s first foreign player in 1983 and accepted advanced football techniques while making investments to provide good players with a chance to go aboard, and the club itself adopted an overseas advanced youth club system in 2003. 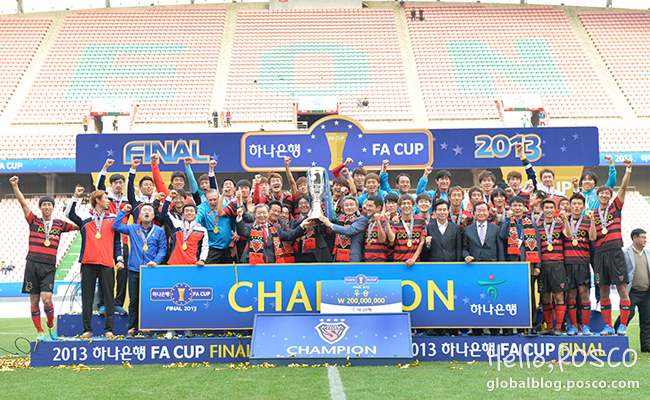 POSCO founded another football club, the Chunam Dragons in 1994 next to the Pohang Steelers, and built the country’s first football stadium, ‘Steelyard’, in Pohang in 1992, as well as Gwangyang Football Stadium in 1992. Since then, POSCO has made a great contribution to the advancement of Korean professional football with its full support of the two clubs.