The fourth-generation Pohang Light Source at Pohang University of Science and Technology (POSTECH) has begun its full-scale test operations. The cutting-edge synchrotron radiation facility is just the third of its kind in the world, following the United States and Japan.

The new research facility is a huge and sophisticated project that enables researchers to probe the structure of matter at the smallest level, to observe minute substances by accelerating electrons to very high energies.

The fourth-generation Pohang Light Source is capable of generating light 10 billion times brighter than the third-generation Pohang Light Source and a quintillion times brighter than the sun. This in turn allows researchers to precisely capture movement as brief as a femtosecond (or 1/1,000,000,000,000,000 of a second), which allows for examining chemical reactions and molecules in biological phenomena.

POSTECH and the Ministry of Science, ICT and Future Planning began construction on the fourth-generation Pohang Light Source in April 2011 and completed it at the end of last year. Comprehensive device testing began last October, and usage of the radiation generating facility was approved on April 12. On April 14, it succeeded in generating 6 MeV, the amount it had been designed for, equivalent to the energy generated by 4 million 1.5V batteries. 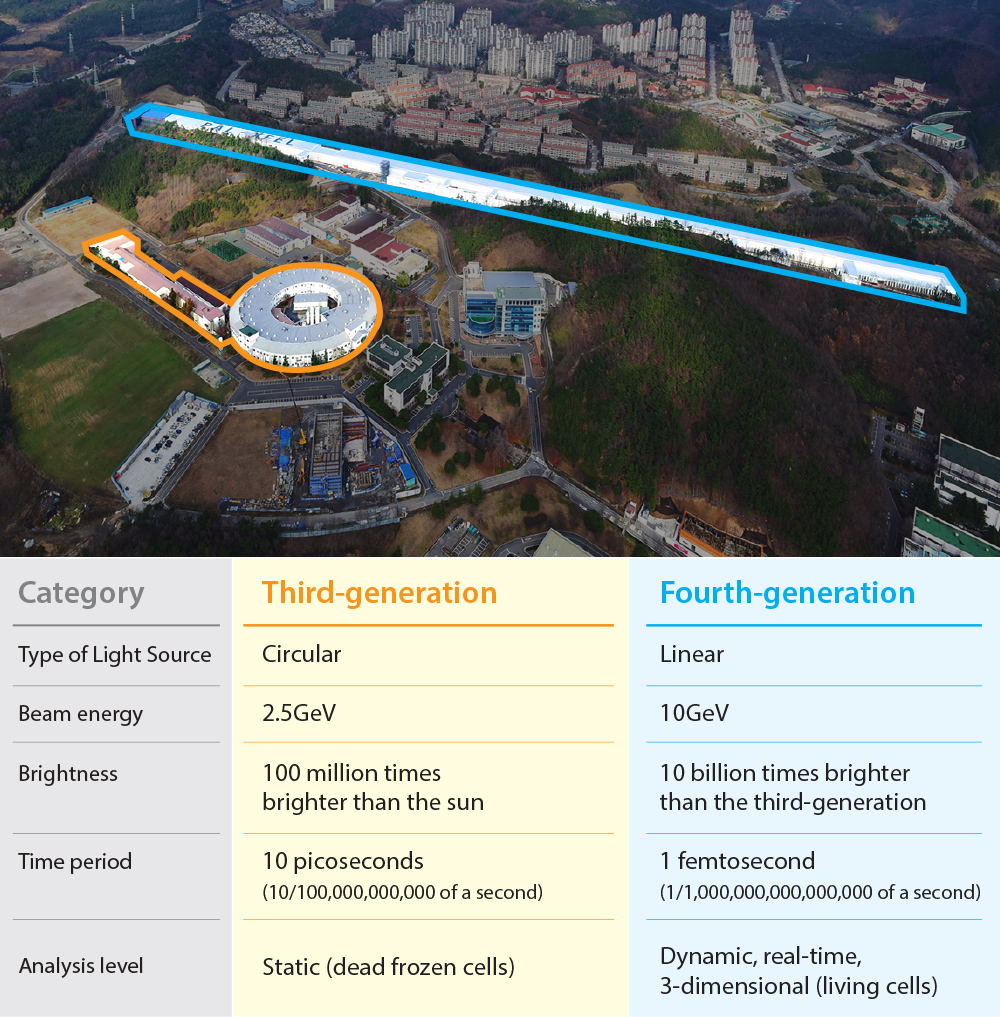 Notably, the fourth-generation light source has been able to localize approximately 70 percent of its core devices, including the electron gun (the device which generates and supplies electricity). Three-hundred Korean companies participated in constructing the Light Source—it was designed and produced by POSTECH, while small and medium-sized companies created the components.

Once the performance capabilities of the facility are confirmed by the phased testing operations by the end of this year, it will go into operations beginning in 2017. The fourth-generation light source is not only for basic research in such areas as atomic/molecular physics, surface studies, material science/chemistry and life sciences, but also applied research such as IT, new medicine development, semiconductors and medical energy.