Last month, a new documentary following the lives of Korea’s National Para Ice Hockey Team called Parallel was released, bringing to light a sport that is mostly unrecognized in the country. POSCO, as an official sponsor of the team and the movie, hopes to change that and put a spotlight on the sport as well as the athletes.

POSCO started supporting the team last year after CEO Ohjoon Kwon watched the team take the bronze medal at the 2017 World Championships. As shown in the documentary, the athletes were playing on insufficient sledges that would often break down and cause injuries. Some players were fixing their own sledges between matches, others made do with what they had. CEO Kwon knew POSCO had the solutions for the team and started a project with sledge-maker Massive Blade to revamp the sledges for the team. Now, ahead of the 2018 PyeongChang Winter Paralympics, the team is equipped and ready with the world’s leading technology.

Parallel was directed by Kyungman Kim in 2012. He wanted to make the movie to document the para ice hockey players’ endurance and grit in overcoming their physical limitations through the sport. “However, as I started editing the footage and putting it all together, I noticed how happy the players looked on the ice. That’s when I decided the documentary was going to be about happiness – what it really means to be happy. That’s what I want to share with viewers,” said director Kim. 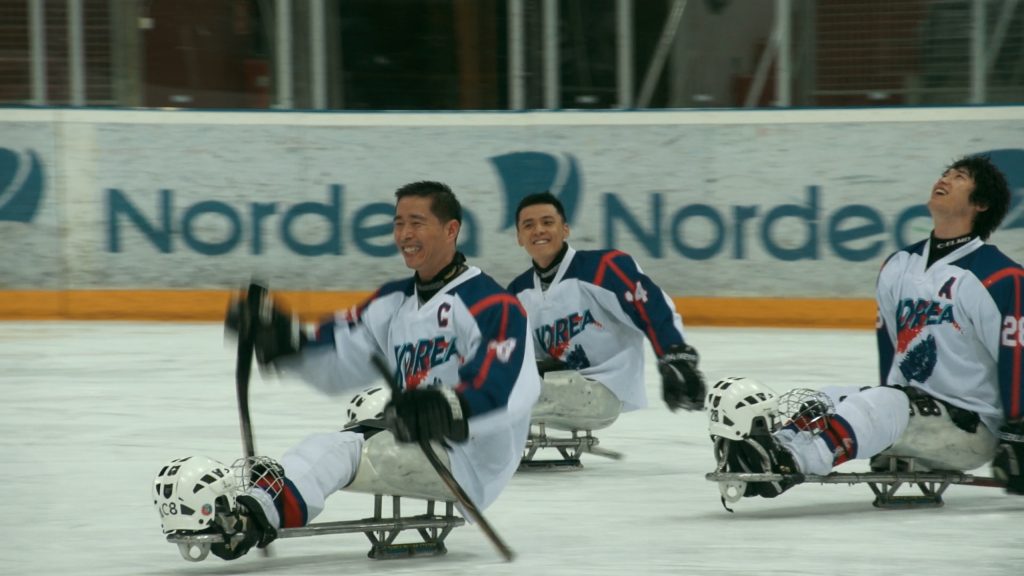 That’s exactly what the movie delivers. Of course, the players face challenges every day due to their injuries and physical conditions, but the interviews in the documentary reveal the players to be genuinely happy and grateful for their sport. Seunghwan Jung, one of the players, says, “I used to wish I had legs all the time, but when I started playing hockey, the thought just never crossed my mind. In a way, the sport has allowed me to accept myself… understand myself.” 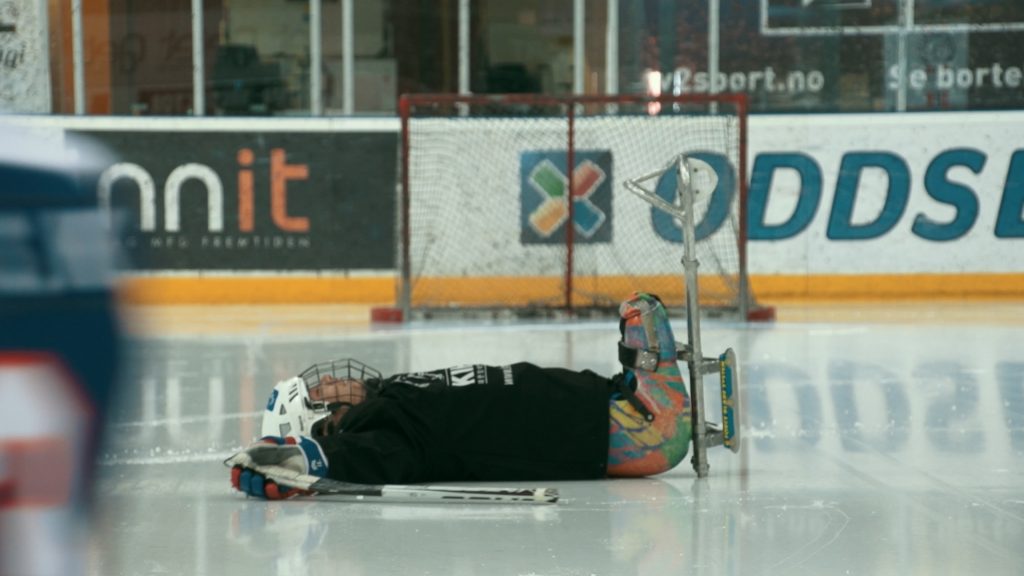 For many of the players, playing para ice hockey has been a healing process, but it doesn’t end there. The team is as competitive as any other Olympic team, and even with a lack of spectators and interest in the sport, the national team has produced impressive results. In the 2010 Vancouver Winter Paralympics, the team placed 6th, and then 7th in Sochi in 2014. This is even more remarkable given the poor equipment, especially the sledges, they were using at the time.

In order to qualify as a para ice hockey player, a person must have a physical impairment in the lower part of their body, but this can come in many different forms. As a result, one of the biggest challenges teams face is finding sledges that fit, protect and enhance each player. Before POSCO signed on as a sponsor, the Korean National Team relied on expensive imported sledges from Canada that were heavy and susceptible to structural damage from harsh contact. On average, 5 to 7 sledges required repair work during a single game. In an attempt to produce the first domestic sledge, POSCO’s researchers jumped on board to provide sledge-producer Massive Blade the materials for a lightweight, strong and corrosion resistant sledge.

Researchers at POSCO’s Research Institute of Industrial Science & Technology (RIST), came up with a way to use magnesium as the main material for the sledge frame. Magnesium is one of the lightest materials available as it is one third lighter than aluminum, but it is extremely hard to treat and bend into shape. RIST not only developed the technology to treat magnesium, but also applied it to sledges for the first time in history. POSCO also provided its advanced high-manganese anti-vibration steel and stainless steel to finish off the new sledges, fit for a national team.

RIST researchers developed a processing technology to increase the moldability of magnesium.

Outfitted with the new sledges, the team beat out strong European teams in the 2017 World Championships to place 3rd, and just last month, they won a four-nation friendly tournament in Japan. Now, they have their eyes on an Olympic medal in PyeongChang.

Regardless of the results, POSCO will continue to support the Korean National Para Ice Hockey Team so they can continue doing what makes them and others around them happy.