Flying in Style: How Airports Accommodate an Influx of Passengers

By February, the last of the Christmas lights are down, Michael Bublé disappears for another year and new year’s resolutions are postponed to 2019. It may seem as though the celebrations are over, but some cities around the world are just getting started with carnivals, festivals and events that draw thousands of people from all over the world.

It’s no easy task to prepare a city for such big-scale events, but it’s a great opportunity for host cities to boost their economy and make a lasting impression on visitors. For most, the airport will be their first impression of the city, so host cities have vamped-up their airports with the help of steel.

Take a look at the airports expecting the most traffic in the beginning of the year:

Every year, from February 24 to 28, the people of Rio de Janeiro hold the Carnival, which unofficially lasts from the end of December to March in the form of hundreds of street parties called blocos. In 2017, more than 1.1 million people showed up for the Carnival from all over the world and spent about USD 782 million during their stay. The Guarulhos International Airport (GRU) is the busiest airport in Brazil, and traffic has tripled from 12.9 million people in 2004 to 39.5 million in 2014. To accommodate the growing number of passengers, the airport has undergone several additions and renovations in the past couple of years. 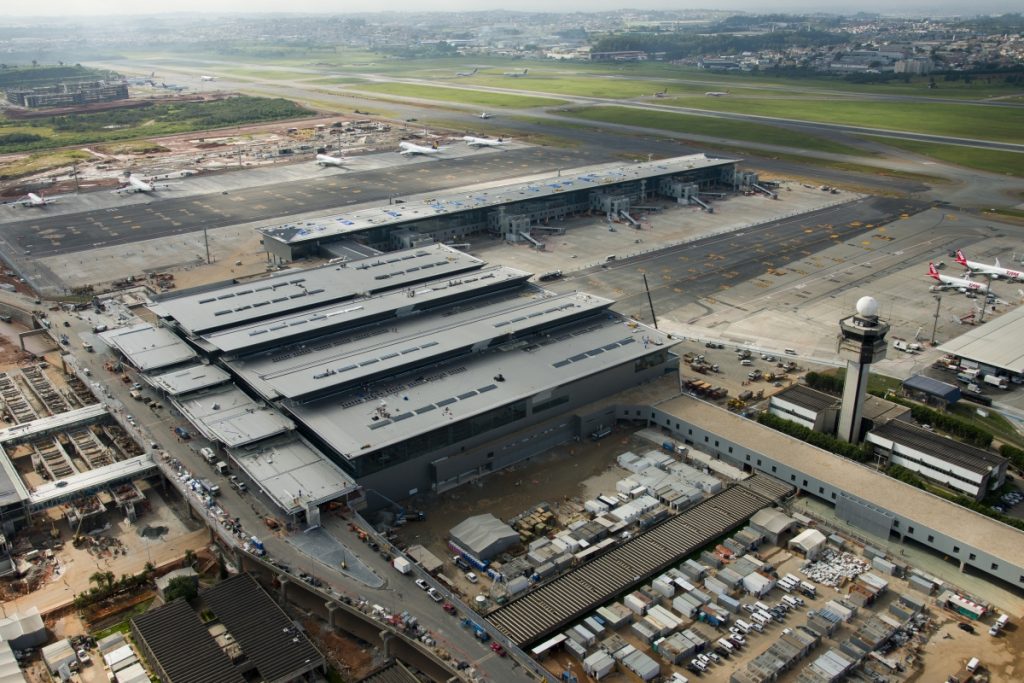 Ahead of the 2014 FIFA World Cup, GRU built the 192,000 square-meter Terminal 3 to increase its passenger capacity by 12 million, bringing up the total capacity to 42 million. Terminal 3 consists of 2 main buildings made up of 40 metal modules weighing 70 tons each, held together by concrete pillars.

Then, in 2016, Terminal 2 was renovated ahead of the Summer Olympic Games to fit modern airport standards. With a budget of USD 50 million, architects took existing facilities that were close to 30 years old and rebuilt them into the modernized Terminal 2. The new terminal now accommodates plenty of retail space and a massive food court, and non-aeronautical revenues make up 51 percent of the airport’s entire revenue.

It seems the airport, and the city, made a lasting impression as last year, over 94 percent of tourists that took part in a survey said they would make another trip to the city and over 91 percent responded they would recommend Rio to their friends.

The Louis Armstrong New Orleans International Airport (MSY) is another airport that sees millions of visitors every year during the month of February. Mardi Gras, or Fat Tuesday, landed on February 13 this year, marking the end of a month-long celebration. It’s basically the American version of the Rio Carnival, and social crews or Krewes organize different parties all over town. The event draws about 1.4 million participants on average.

Starting in 2016, MSY is working to complete a 972,000 square-foot North Terminal by February 2019. The project will cost about USD 1 billion to construct. When finished, the new terminal will include 35 new gates, a massive parking garage for 2200 cars as well as a central utility plant.

Besides increasing the passenger capacity, the project created about 64,000 jobs and generated USD 6.4 billion in local spending and USD 2.4 billion in local earnings. The project is also responsible for tons of steel consumption in the form of beams, bars and panels. On November 17, 2017, workers erected a steel beam at the highest elevation of the new terminal, signaling the project will most likely be completed on schedule.

It’s not every year Korea gets thousands of visitors in the month of February, but as the host for the 2018 PyeongChang Winter Olympics, Incheon International Airport (ICN) is bustling with passengers. Global passenger flights were up 15 percent this year compared to last year, and up 24 percent in the U.S. alone. In Vietnam, bookings were up 550 percent from the previous year, the Philippines saw a 200 percent increase and Canadians booked 40 percent more flights, all in time for the 2018 Winter Olympics. 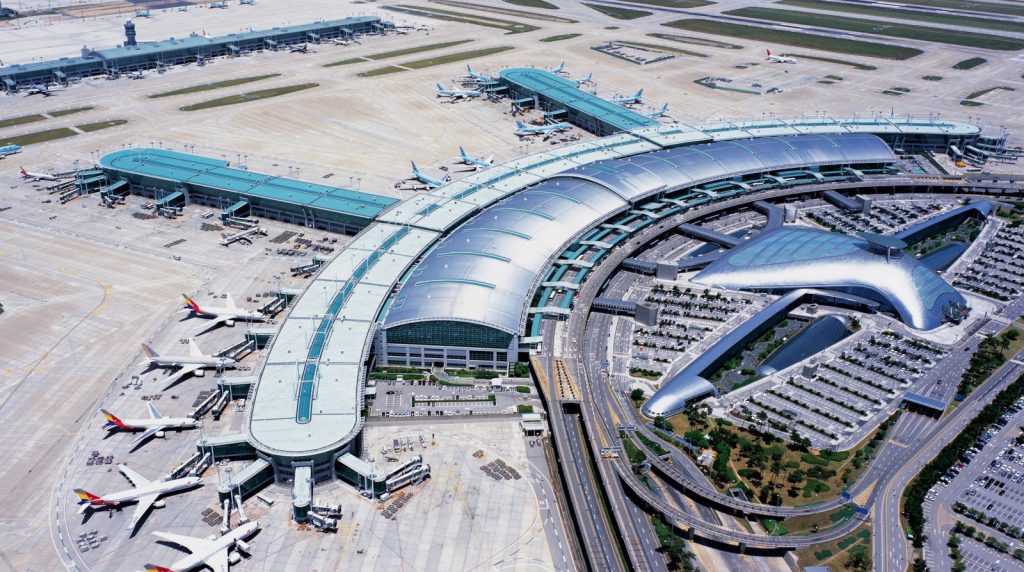 To greet the growing number of passengers, ICN completed its second terminal earlier this year using POSCO’s 446M steel. The same type of steel was used to build the first passenger terminal in 2001, but this time, architects decided to apply a special process called Bead Blast to create a rough texture on the roof of the terminal to minimize reflectivity as it can interfere with sight during take-off and landing. The steel also contains high amounts of chromium (26%) and molybdenum (2%), making it extra corrosion resistant.

As the #1 ranked airport in service quality for the last 10 years, ICN will now be able to service more passengers, 72 million to be exact, and 5.8Mt of cargo every year.

Airports play a central role in the tourism industry of its respective country, and the national economy as a whole. Steel continues to be the most widely-used construction material for the building and renovation of bustling airports around the world, and will continue to help cities make a lasting impression on all its visitors.