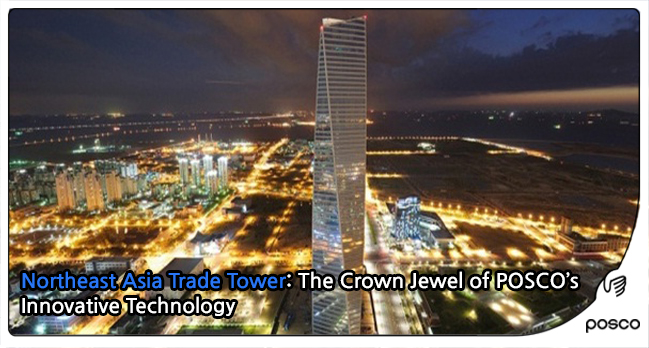 Today, Hello, POSCO brings exciting news: on July 10th, POSCO Engineering & Construction completed the construction of Northeast Asia Trade Tower (NEAT), the country’s highest skyscraper in Songdo International Business District, Incheon in Korea! Standing 305m tall with 68 stories, NEAT Tower has been finally completed 8 years after construction began in 2006. The tower is not only the the tallest building in Korea, but also the crown jewel of POSCO’s leading innovative technology. 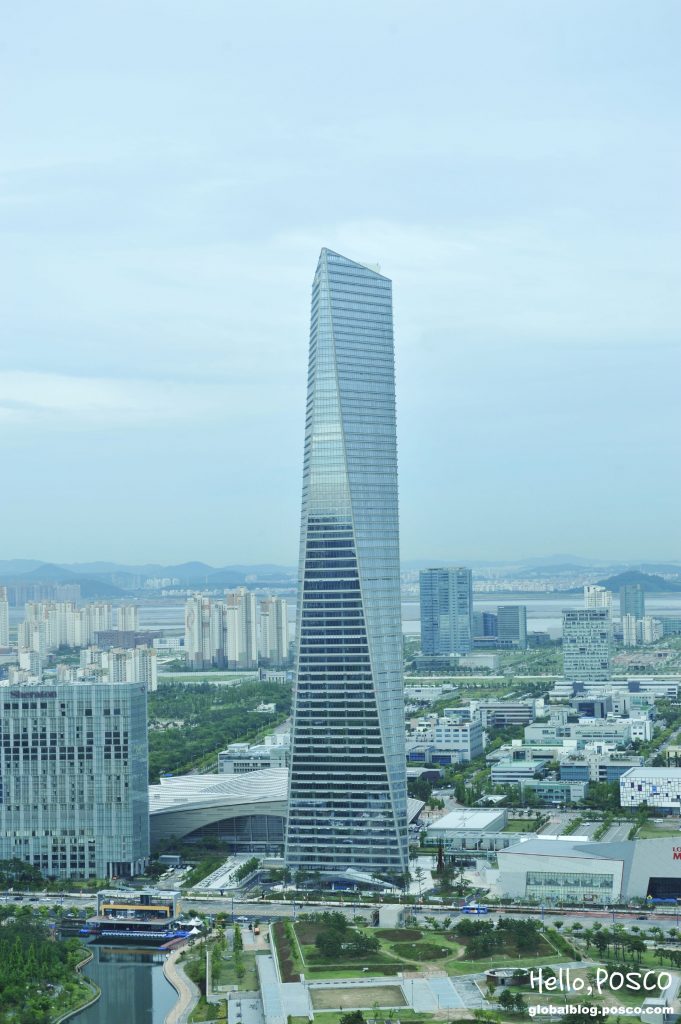 POSCO Engineering & Construction, the construction arm of Korea’s top steelmaker POSCO, applied its most innovative and cutting-edge technology in the construction of NEAT Tower, the tallest building in Korea. To minimize the effect of wind load on the building, the tower was constructed under a 3-dimensional exterior design which features a trapezoid at the base which gradually transforms into a triangle at the top.

The core walls and columns of NEATT, an SRC structural building, were constructed with 12,841 tons of POSCO’s globally renowned high-strength reinforced concrete and SD40 reinforcing bars. The corner mega column was, for the first time in the construction of skyscrapers in Korea, built with 7,870 tons of SMC570TMC steel. The glass curtain wall enveloping the exterior was installed using low-emissivity glass. Low-emissivity (low-E) coatings are microscopically thin metal layers that are deposited on a window surface to help keep heat on the same side of the glass from which it originated. Glass with Low-E coatings reflect infrared light while allowing visible light, keeping the movement between interior and exterior heat to a minimum.

As the landmark building of Korea, Northeast Asia Trade Tower boasts high level security and anti-disaster measures. For example, it deployed global positioning system (GPS) sensors to help ensure the real-time measurement of vibration, displacement or deformation in the building caused by external factors, making it possible to preemptively identify any issues that could compromise the safety or structural integrity of the building. Additionally, the Seismic Force Resisting System can withstand magnitude 7-8 earthquakes.

In addition, the anti-disaster control center located on the first basement floor provides the ability to centrally monitor the power supply, lighting, CCTV system, access control and other utility services. The 30th and 60th floors each have a shelter that can accommodate up to 4,000 occupants safely and promptly in the event of an emergency, such as a fire. The building has 29 elevators operating at a speed of 420 meters per minute and capable of carrying users from the ground floor to the observatory on the 65th floor within one minute. 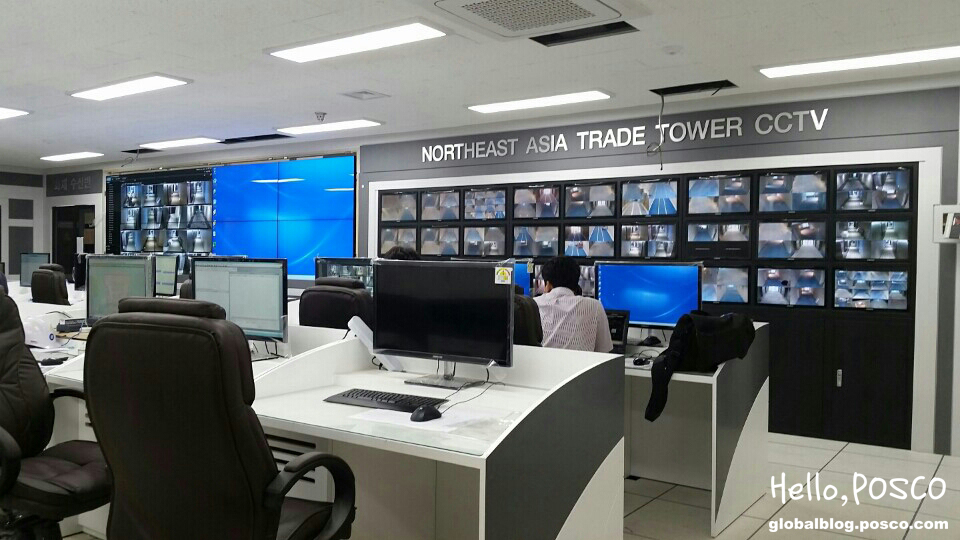 Like other buildings in New Songdo City, NEATT purchases district hot water from a new, highly efficient cogeneration facility located nearby. Hot water, used for heating and cooling via absorption chillers, is generated from waste heat recovered during the process of producing electricity. The building is estimated to reduce source-energy CO2 emissions by 6,000 tons per year when compared to a “standard” code-compliant office tower with on-site electric chillers and a natural-gas boiler plant.

Furthermore, the paint, carpets and wallpaper used in the construction of the building’s interior were of eco-friendly, non-toxic material in order to prevent the occurrence of Sick Building Syndrome. 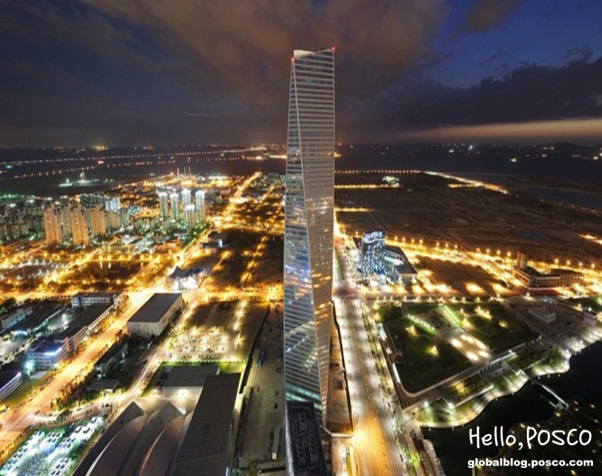 <A Night View of the NEAT Tower and Songdo International Business District, Incheon>

The Northeast Asia Trade Tower is expected to boost the regional economy along with an increase in floating population, markets, employment and visitors from overseas once companies move into the building. Moreover, it appears to give momentum to draw more businesses to Songdo International Business District since clients of Daewoo International and other companies engaged in the related fields are expected to move into the building. We hope that NEAT tower will soon become Korea’s most well-known landmark in the days to come!