On February 19, POSCO-Mexico held the inauguration ceremony of POSCO Hope Center (CENTRO DE ESPERANZA POSCO AMIGOS) in Altamira, Tamaulipas, Mexico. The center is to support the independence of low-income underprivileged people in the community. 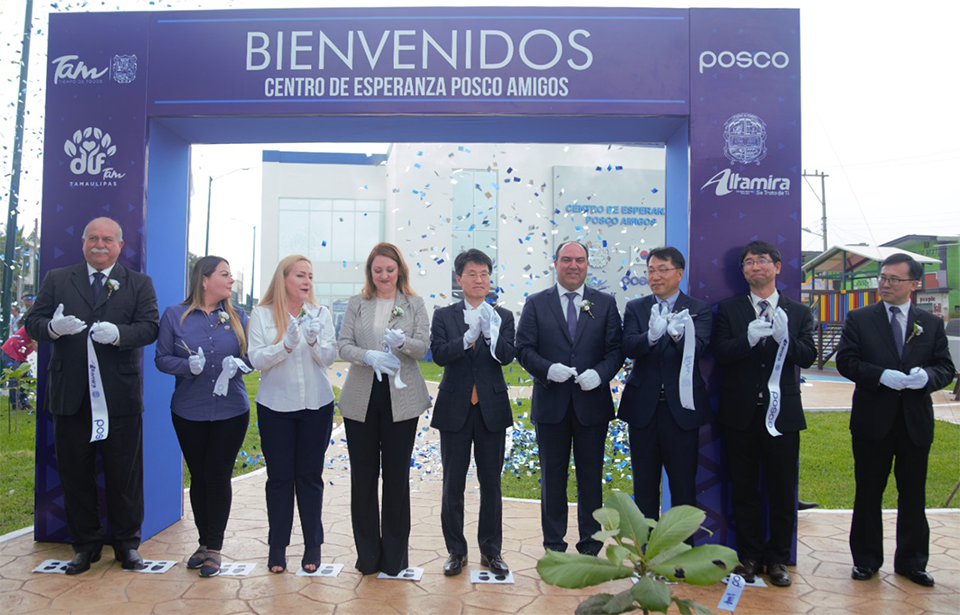 POSCO Hope Center has been constructed by POSCO-Mexico to support the livelihood of Altamira citizens. The site was provided by the Altamira City Government, and the state and civil organizations will be in charge of the program operating within the center.

Until present, there was a lack of systematic support programs for the underprivileged — including single mothers and the disabled — in Altamira. Through POSCO Hope Center, POSCO-Mexico plans to support residents to acquire professional skills for their living, such as baking and beauty.

“Companies such as POSCO-Mexico are outstanding examples not just in Tamaulipas but in Mexico as a whole. Altamira citizens will be able to benefit from POSCO Hope Center established by POSCO-Mexico. I express my gratitude and sincere congratulations to POSCO,” said Gonzalo Alemán Migliolo, State Minister of Economy.

POSCO Hope Center is a two-story building with a total floor area of about 1322m². The first floor has a playroom for children and space for practical training. The computer rooms and classrooms are located on the second floor. The outdoor space is to be used as a play area and shelter for the children of the trainees. 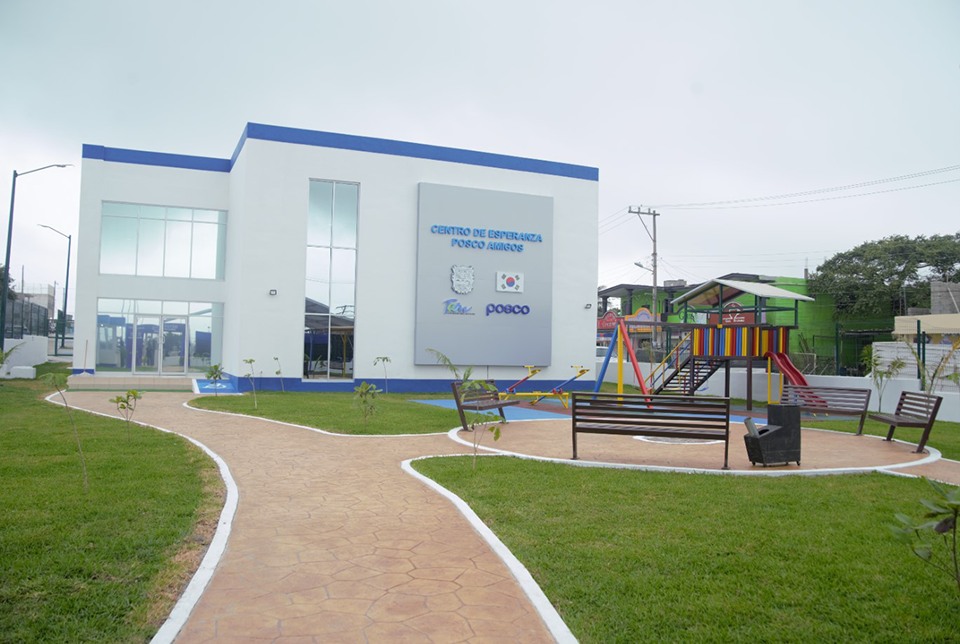 The steady community contribution activities of POSCO AMIGOS (POS-AMI: POSCO-Mexico’s volunteer corps) laid the foundation in the establishment of the POSCO Hope Center.

POSCO AMIGOS — its name meaning ‘POSCO friends’ in Spanish — has been engaging in various talent sharing, and donation activities to resolve issues of the local community since its founding in 2012. Making a beautiful school, improving the environment of the national kindergarten, donating wheelchairs to nursing homes, and making donation boxes are some of the activities of POS-AMI.

In September last year, the heartwarming story of an employee was introduced on Televisa, a Mexican national broadcaster. The employee’s daughter, who was suffering from acute pneumonia, was able to get treatment through the voluntary 1% salary sharing of other employees. This story was broadcasted along with POS-AMI’s other social contribution activities.

With the establishment of the POSCO Hope Center POS-AMI will voluntarily participate in various talent sharing activities, such as baking, handcrafts, English, and computers. The ultimate plan is to become a global model citizen by practicing POSCO’s management philosophy, “Corporate Citizen.”

Byung-Hwi Kim, President of POSCO-Mexico, said, “We hope that many trainees will be able to live independently and enjoy a better life with the help of the POSCO Hope Center. POSCO-Mexico will work on the mutual growth of both the company and the local community.”