Interview: Woman on Top in the Steel Industry

Happy International Women’s Day (IWD)! Since the early 1900s, the world has celebrated women’s achievements and advocated for further rights on the 8th of March every year. This year’s IWD falls in the midst of controversy, achievements and empowerment for women all over the world.

Just to name a few, Lebanon, Jordan and Tunisia repealed a law that exonerates rapists and allows them to avoid punishment if they marry their rape victims. In Saudi Arabia, women finally gained the right to hold driver’s licenses. In the U.S. and around the world, more than 5 million people took part in the Women’s March in January 2017, to advocate fairness and equality. Then, Iceland set an example for all when it became the first country in history to make it illegal for companies with 25 or more employees to pay men more than women for the same job.

POSCO recently welcomed their first female executive, Lee Yu-Kyung, as POSCO’s Chief of Plant, Equipment and Materials Procurement. In a male-dominated industry, Lee’s achievement is a rare sighting, but after taking a deeper look at Lee’s work history and overall attitude, it’s no surprise Lee is a woman who deserves to be at the top. 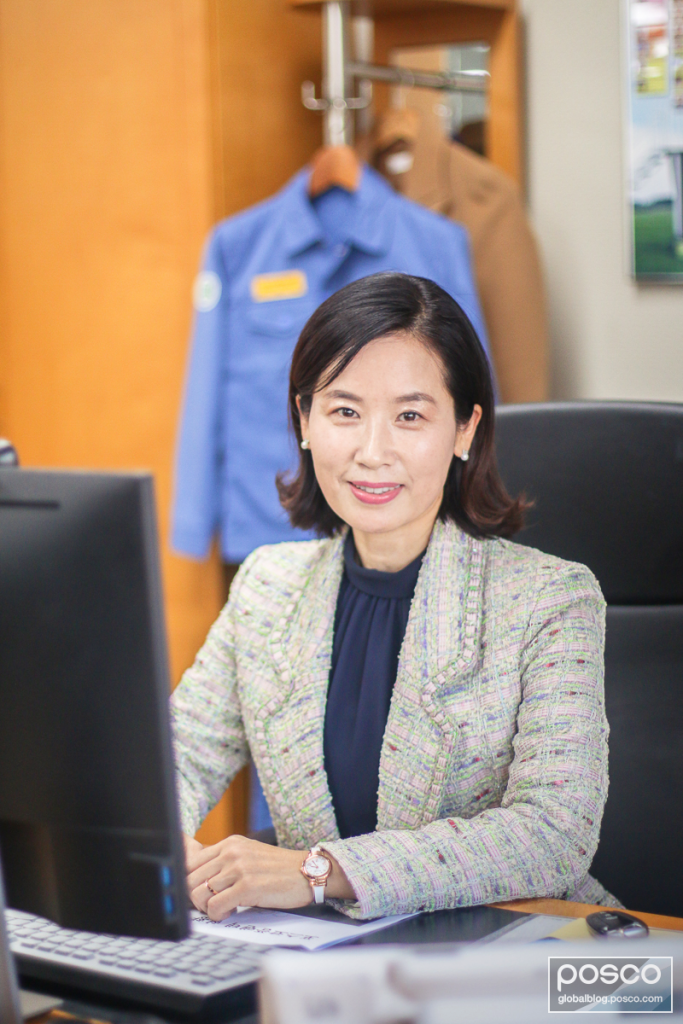 For Lee, POSCO is her second job. She was at her first job in 1990 at an IT company when she saw, spread across the front page of the daily paper, POSCO’s ad calling for female employees.

“When I saw the question on the ad that read, ‘WIll you join POSCO to work towards a promising future today?’ I just thought this is it. It sounds tacky today, but at the time, it was the opportunity I had been waiting for.”

And so began Lee’s 27 years (and still counting!) with POSCO. The first task she encountered was handling exports of cold-rolled steel to Southeast Asia, and she was off on her first business trip to Singapore just months into her job.

“It was a rare opportunity for a fresh rookie 1st year recruit to be able to go overseas. Looking back, I think it was opportunities like these, and the expectations that came with them that built me up professionally.”

After her experience in the Export Department, she moved from department to department about once every 3 years, including Machinery Purchasing, Raw Materials Purchasing, Marketing at POSCO M-Tech and even completed a year-long MBA program at Ewha Womans University.

“POSCO has a work-rotation program for its employees, which just goes to show how invested the company is in the growth of individual employees. It’s a lot more cost-effective for POSCO to hire employees to specialize in one position, but instead, we rotate every 3 to 4 years to learn new tasks, gain insight and experience new working environments. This is probably the biggest reason I believe I made the right choice in working at POSCO.” 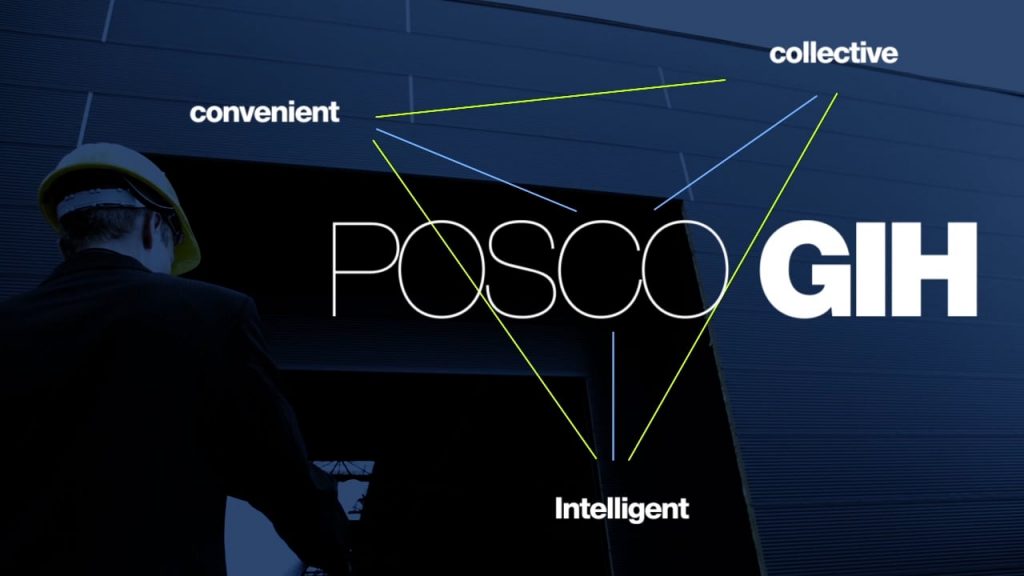 Lee’s continued learning within the company lead to some impressive results. She set up what is now known as the Global Information Hub (GIH), a process for gathering market information by utilizing the network of global trading companies. Lee was also the first person to apply the concept of total cost of ownership (TCO) to machinery purchasing so the company could make well-informed and comprehensive decisions.

Lee explained, “Whereas before, the price of machinery determined purchase decisions, TCO provides a more accurate cost based on the machinery’s performance and efficiency over its lifecycle.” As such, POSCO is still reaping the benefits of Lee’s hard work.

Lee’s professional achievements are impressive, but it’s not the only thing young professionals can learn from her.

“To be honest, I don’t recall too many moments where I encountered hardship at work. I just try to do all that I can in the given situation, and I know that’s enough. However, one of my greatest challenges came when I found out I was pregnant with my fourth child. Going through 3 pregnancies was tough enough, and I didn’t know if I could come back from a fourth. The thing I worried about most was what my coworkers would think if I took another maternity leave.”

“I’ll never forget what my boss at the time told me. He said, ‘I’m grateful for everything you’ve done for the company so far, and I know you will do well going forward. I know it’s hard right now, but this time is going to pass.’ Thanks to my boss I found the courage to come back after an 8-month maternity leave and get to where I am today.”

Advice for All Working Women

Just as her chief played a critical role in her career, Lee hopes to coach and foster other women employees at POSCO.

“I’m not going to say that being a working mom is easy. My third youngest once held onto a lamp post on the side of the street and cried all morning on our way to kindergarten. It breaks your heart, but those moments do pass, and then you’ll be glad you held on and fought through.” 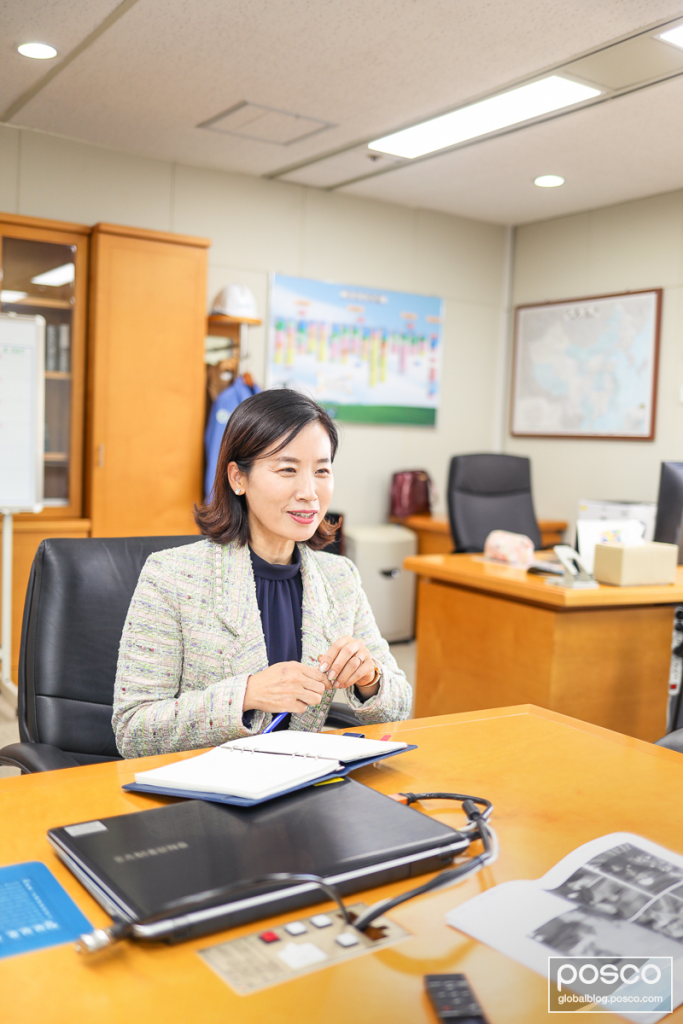 Lee Yu-Kyung had plenty of advice for other working professional women.

Besides working through hard times, Lee shared other advice for working professionals.

“You gotta take care of yourself – during weekends, you have to get meaningful rest. You have to fit in time with your friends and enjoy the moments along the way.” Plus, for the past 10 years, Lee has fit in an hour of exercise every morning before work and can’t remember the last time she took a sick day. “Your body is just like the machinery in our factories. You have to take care of it, make sure nothing’s broken and maintain it over a long time.”

“Professionally, it’s important to try and see the bigger picture and work to your competitive advantage. Always watch what the seniors are doing, and be open and willing to learn.”

When asked what her future plans were in her new role, she replied, “I believe purchasing goes beyond obtaining certain products. It’s about developing the supplier’s technology, business strategy and vision for mutual growth. That’s why we’ve always put an emphasis on fairness, transparency and cost-saving, but in the future, I would like to also work towards finding new technologies with suppliers to lead the market and gain further competitiveness. In order to achieve this, we plan to cut costs internally and continue to cooperate and co-create with our suppliers.”

During her 27 years at POSCO, Lee was able to turn every challenge into an opportunity to become the professional she is today as well as a role model for other women working in male-dominated industries. There is no doubt she will continue to progress and rise to meet new challenges at POSCO.