# Case. In February, an accident occurred inside Samae 2 tunnel on a highway connecting Suncheon and Wanju in North Jeolla Province, South Korea. Initially, the restoration project was expected to take six months, which meant that the 13.7-kilometer tunnel section had to be closed for six months. However, at the end of March, the restoration was already complete, and the tunnel reopened for operation. All of this happened just within a month. How was this possible?

ChungAmEnC’s corrugated steel plate factory is located in Chungbuk province, an hour and a half drive away from POSCO Center, Seoul. The factory stood past massive peach tree farms and was easily recognizable for the steel material piled up at the site. Some corrugated steel plates awaiting the next process and other steel material going under testing were laid out neatly in the yard. In the factory, gigantic steel plates were being bent into wave shapes. Where and how were these strong-looking steel used, and what role did POSCO play in the process?

l NNVOILT Corrugated Steel Plate: How Strong Is It?

Inside the factory, we could see the manufacturing process of the corrugated steel plates. Rectangular steel plates were put into a gigantic machine to create wavy shapes and curvature. Next, they were sent into a punching machine to pierce bolt holes. Seeing flat sheets of steel turn into wavy sheets and become stronger was more than enough to understand the true charms of steel: strong yet extremely flexible.

ChungAmEnC’s corrugated steel plates can easily be seen in our daily lives. The ‘ecological tunnel’ built by connecting severed roads to prevent road kills of wild animals can be a good example. Another example is the Suseo SRT and Gimpo City Railway’s evacuation routes. The material also boasts excellent protection performance and is applied to defense facilities such as ammunition storehouses, airplane hangars, and protective walls.

Since reinforced concrete is considered the most common construction method in the construction industry, what difference does it have with corrugated steel plates? ChungAmEnC’s CEO Hui-Jun Son answered, “Reinforced concrete is the most familiar construction method. However, this method takes a long period to complete since it requires a multi-step process that includes reinforcement, formwork, and so on. In places with much traffic, it’s really important to minimize users’ inconvenience by reducing the construction period as much as possible. Since corrugated steel plates are fully manufactured according to required specifications, they don’t need any welding or cutting on arriving at the site. All you have to do is assemble them in order, so you just need a few people to complete the construction. As a result, the overall construction period and cost can be reduced by more than 30%.”

But isn’t safety more important than reducing the construction period? Son replied with confidence, “These corrugated steel plates are made with 100 percent POSCO steel. Of course, it is durable. Tunnels made of corrugated steel plates are built and designed with thorough calculations to withstand approximately 100 years. All of this has been verified through a long period of testing with POSCO. Let me take the recent case of Samae 2 Tunnel restoration as an example.” 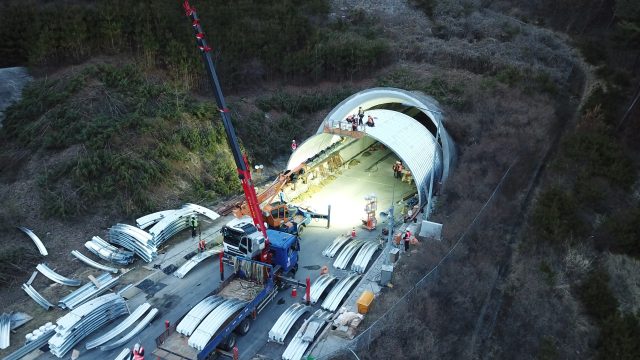 “The advantage of corrugated steel plates over the traditional reinforced concrete was clearly demonstrated in the restoration of the Samae 2 Tunnel in February. POSCO and We discussed the restoration plan together and suggested using corrugated steel plates as a solution to the Korea Expressway Corporation. The reinforced concrete construction required more than six months, but we thought we could finish it within 1.5 months by applying INNOVILT corrugated steel plate in the construction.
POSCO visited the site day and night and provided technical support. With 15 workers and three cranes, we completed the construction in 6.5 days. The tunnel reopened on March 24, one week ahead of our original plan. It is a good example showing how POSCO and INNOVILT Alliance work together.

Despite its many advantages, many in the construction industry are still conservative about using corrugated steel plates. So what can do the trick? The answer is POSCO’s INNOVILT Alliance. Son remarked, “Whenever I mention that our corrugated steel plate products are certified by POSCO, people look at our products differently. They all go ‘really?’ and look more interested. In fact, when we deliver INNOVILT Alliance products to the site, we put a certification sticker on them. Since the sticker proves that the product has been acknowledged by POSCO, the credibility of our product quality has been enhanced, and this has increased the repurchase rate as well.” 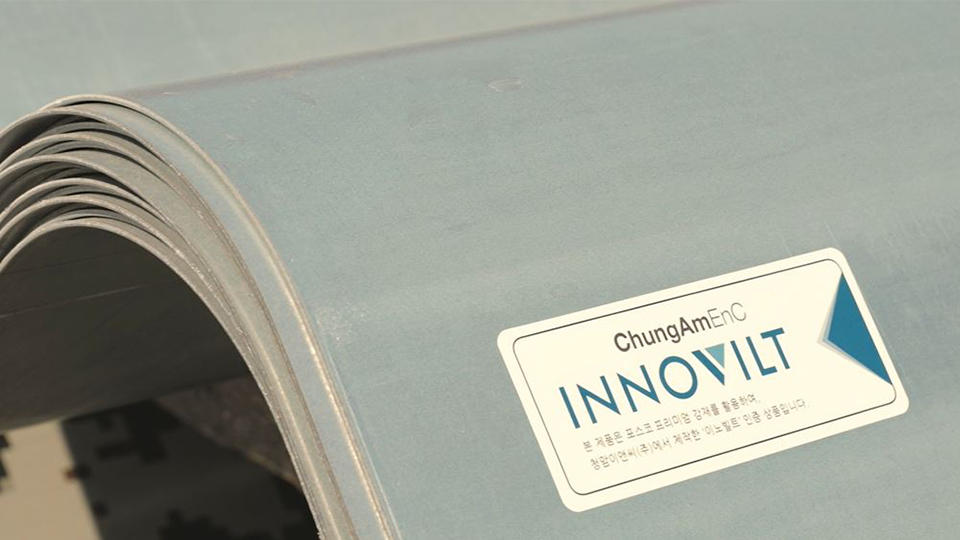 As mentioned above, the third generation large corrugated steel plates have been acknowledged in the global market as well. So where exactly are ChungAmEnC’s products used overseas?

Recently, ChungAmEnC’s products are making their way into Australia and South America, where the mining industry is developed. The first task in developing a mine is to build an entry road leading to the mine. Vehicles that carry the mine minerals have wheels taller than an adult and are capable of loading about 670 tons. The perfect material that can withstand this super-sized vehicle is the third generation corrugated steel plate. In January, ChungAmEnC, POSCO, and POSCO International worked in cooperation and succeeded in exporting corrugated steel plates to Australia. 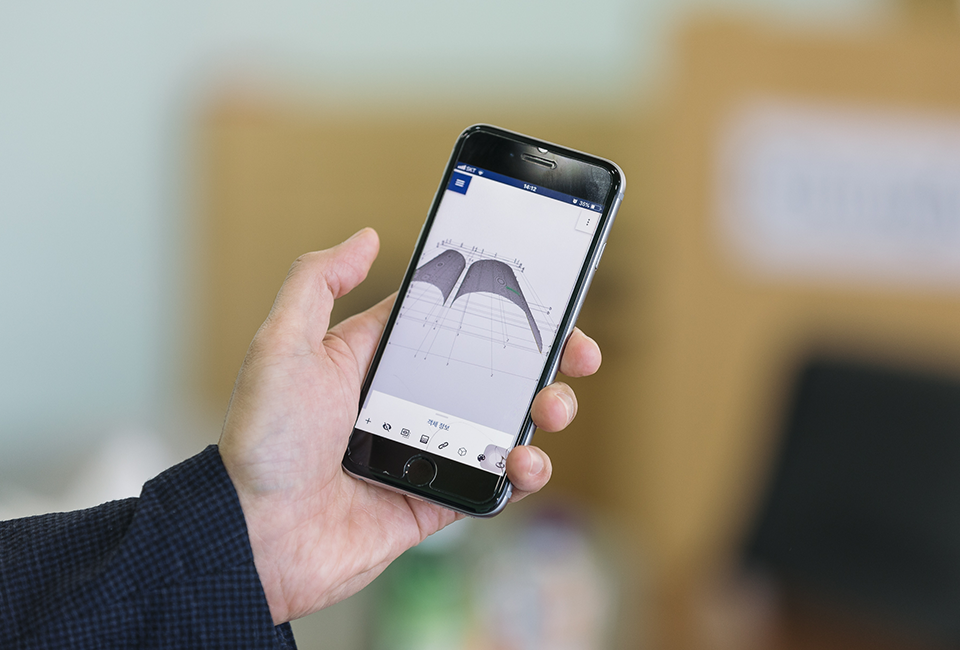 The second feature is the BIM (Building Information Modeling)*, a global design trend. In 2019, ChungAmEnC introduced BIM in the corrugated steel plate industry for the first time and has been providing engineering services to overseas customers. With BIM, it is possible to simulate the design and construction process in advance, thereby minimizing errors in planning and estimating production volume. This method is expected to boost productivity as well. * BIM(Building Information Modeling): The process of virtually modeling a facility with 3D shape information as well as other information, including the amount of material needed.

The third feature is a field construction and maintenance technology using 3D Scan Monitoring technology and drones. This technology utilizes the 3D scan camera on a drone to acquire 10 million four-dimensional coordinates per second. It is capable of capturing elaborate information within a much shorter time than conventional manual methods. Since this technology obtains surrounding information as well as monitors the construction process, real-time communication with customers is facilitated, thus preventing various errors that occur during the construction process.

The half-day spent at ChungAmEnC truly demonstrated a trust-based relationship with POSCO. ChungAmEnC was advancing into domestic and overseas markets with the POSCO INNOVILT Alliance title, and POSCO was offering technical support and realizing the ‘With POSCO’ philosophy. This is the true synergy of being an alliance, and both companies will continue to cooperate successfully in the future as well.