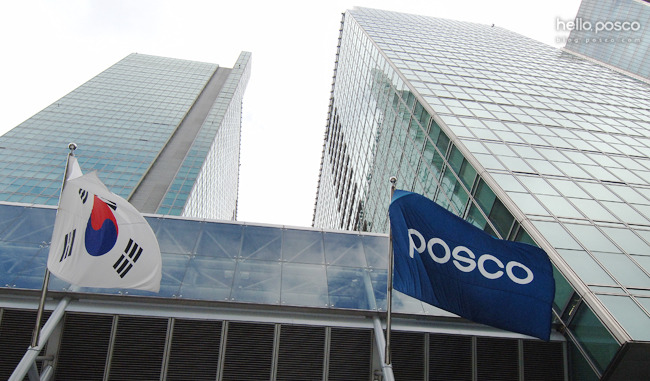 The company held an Investor Relations meeting on April 21, where it announced that it had recorded 15.1 trillion won in sales revenue and 731 billion won in business profit on a consolidated basis for the first quarter.

Although sales revenue decreased slightly compared to the same period last year, business profit figures remained the same, thanks primarily to the expansion of the sales volume of higher value-added products, such as automotive steel, and the profits it has earned from its gas fields in Myanmar. Meanwhile, profitability also slightly increased by 4.8%. Net profit significantly increased, recorded at 370 billion won.

With the expansion of solution marketing targeting clients in the main areas of industrial demand, such as automotive, shipbuilding, home appliances and construction, the sales of high value-added steel and world premium products have increased from 32.7% to 36% since the first quarter of last year. In particular, with POSCO’s automotive steel being recognized for its quality and technical value, it recorded 2.07 million tons of sales, which represents a 6% rise in year-on-year sales. This growth was achieved by expanding domestic sales as well as exports to automotive companies in Japan and Europe.

An Update on Global Projects

Daewoo International’s gas field in Myanmar has maintained stable business profit following its initiating commercial production, having swung into the black in December of last year. POSCO Energy can expect stable profits as the commercial operation of the Mong-Doung 2, a coal-fired power plant in Vietnam, which is partially owned (30%) by POSCO Energy, was launched in March.

POSCO recorded 6.79 trillion won in sales revenue and 622 billion won in business profit. Despite the decrease in sales prices, business profit was able to increase by more than 20% from the level of last year thanks to the expansion of high value-added products, while profitability stood at 9.2%, which is 2.2% higher than that of last year’s numbers.

This is the result of customer-oriented solution marketing, which provides financial support to application technologies for the products customers want from the stage of product development. In other words, solution marketing has been largely responsible for the increase in high value-added product sales.

The volume of product sales through solution marketing activities is 470,000 tons, and includes the substitution of STS steel in heat pipes for chillers, the supplying of thick plates guaranteed by Brittle Crack Arrest (BCA) for the first time in the world, and the development of magnesium panels, a new lightweight material for cars. This volume represents an increase of 9% compared to the fourth quarter of last year.

POSCO has discovered new sources of profit using the distinct technologies of steel and materials through the selection and concentration of new growth businesses. POSCO has established a foundation for the export of FINEX facilities and technologies by signing an MOA for the installation of FINEX plant No. 1 with the Indian steel company Mesco Steel. Furthermore, POSCO proved its mass production technology by succeeding in the operation of a bulk storage demonstration plant installed in Argentina for the processing of lithium, a material used in secondary batteries.

Meanwhile, POSCO is currently undergoing a process of organizational reengineering with the disposal of non-core assets and low-profit businesses. Specifically, POSCO PLANTEC is experiencing reorganization efforts, such as the streamlining of personnel and the withdrawal of deficit businesses, and it has signed an MOU for the share sale of POSCO E&C with Public Investment Fund (PIF), the Saudi Arabian sovereign wealth fund.