From Function to Form: Steel in Art

Steel is constantly progressing and expanding from a material that humans have long relied on in daily life to one usable as art. 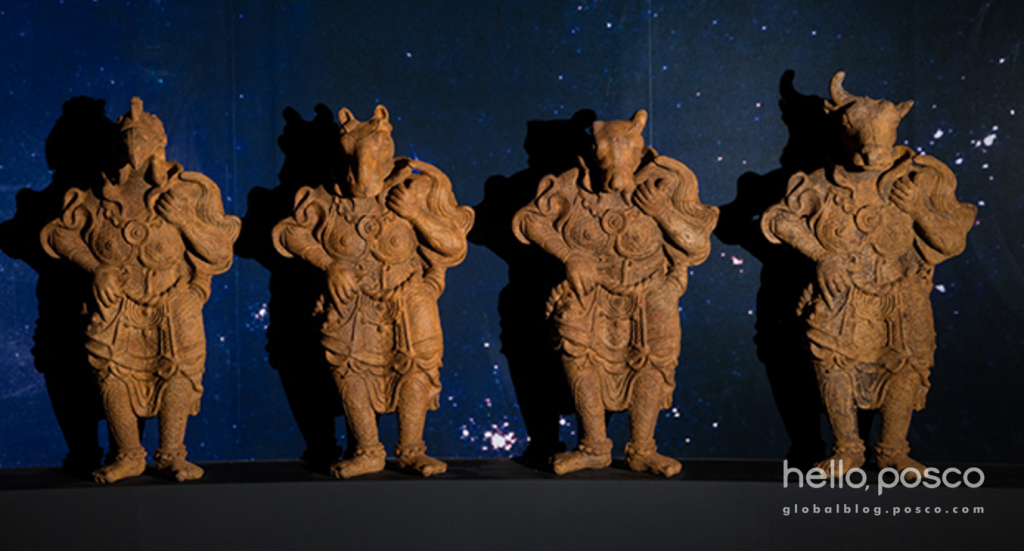 Steel has been used for some 3,800 years and has played a significant role in civilization throughout the history of mankind. From its use in the ancient weapons and hand tools of Rome and India, to the bridges and modern architectural marvels of today, the metal has been utilized in just about every conceivable way and it is seemingly impossible to imagine a world without it.

Unsurprisingly, as times have changed, so has the way we use steel. Not only has it been a practical material of function, but it has evolved into one of form, too, as a medium of art that transcends eras of historical metal relics to modern design. Nevertheless, many ancient steel artifacts, such as Damascus steel swords or Buddhist sculptures, for example, can be considered works of art themselves; the level of detail and quality of craftsmanship demonstrated in such pieces are spectacular, especially taking into account that they were created without the use of modern technology. 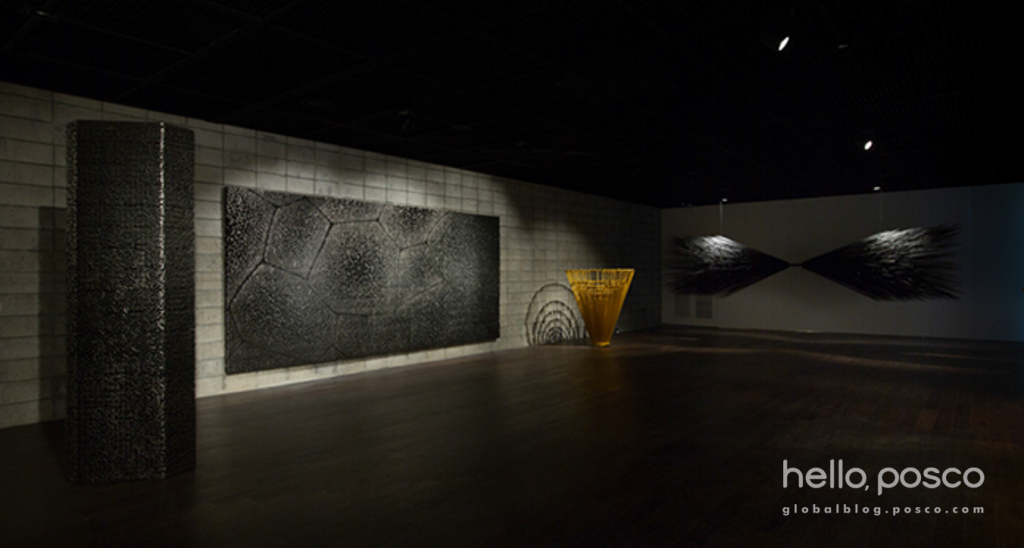 Today, sculpting steel is a form of artistry unlike any other and, in the hands of the right person, the durable, malleable material is capable of being transformed into just about anything the imagination can fathom. 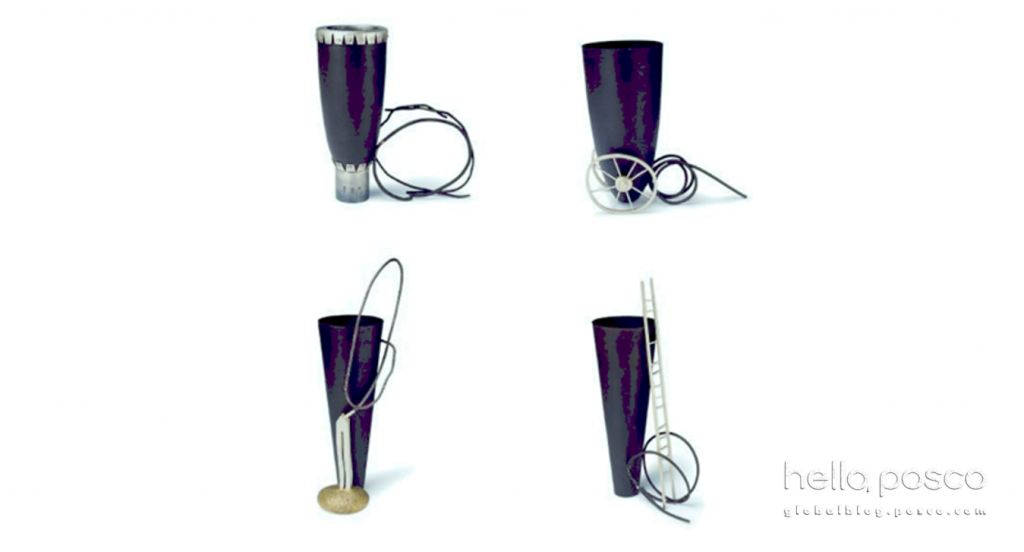 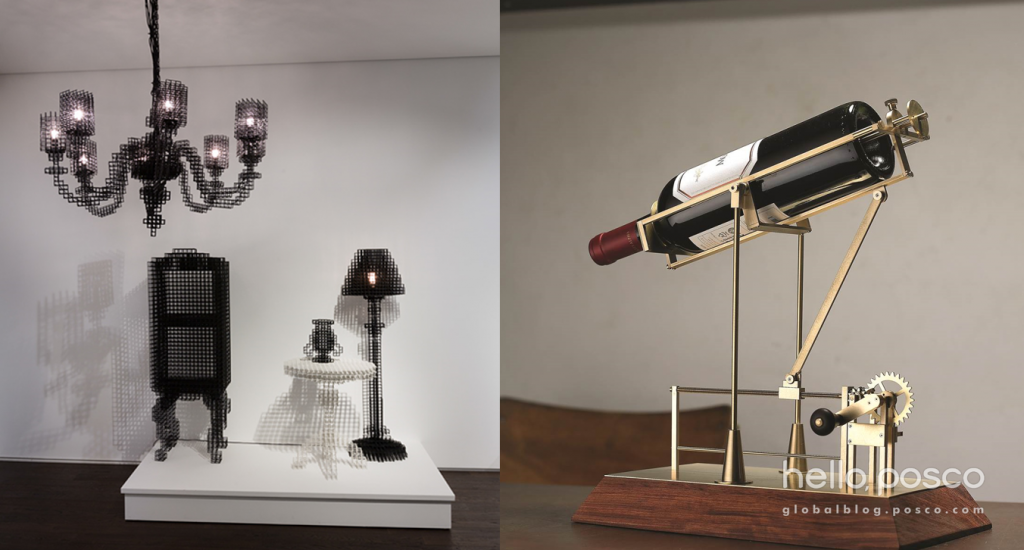 Contemporary artists of the 1900s continued to expand steel’s boundaries as a medium of art. American artist Alexander Calder changed the course of modern art by developing a pioneering technique to sculpt and twist wire into poetic, abstract shapes to create three-dimensional mobiles that hang in uncanny, perfect balance. Later on in his career, Calder devoted himself to making outdoor monumental sculptures in bolted sheet steel that continue to adorn public plazas across the world. Similarly, Richard Serra, often hailed as the world’s “greatest living sculptor”, also incorporated unconventional, industrial materials to accentuate the physical properties of art in the 1960s. His works, which are primarily large-scale and site-specific that engage with a particular urban or landscape setting, have become known all around the globe and have been the inspiration behind the designs of everything from electronics to fashion.

A Journey through the Art of Steel

Perhaps nowhere is this evolution from function to form more clear than at the POSCO Art Museum in Seoul, South Korea, which, to mark the foundation’s 20th anniversary, is hosting an exhibition entitled Cheori Cheolcheol: From the Four Devas to Robot Taekwon V until July 7 (after which it will be held at the Pohang POSCO Gallery from July 17 to August 13).

The exhibition, which displays statues, handicrafts and furniture, among other works, from the Goryeo Dynasty (918-1392) to modern times, aims to illustrate the past, the present and the future of steel in our everyday lives.

Upon arrival, visitors are greeted by “Robot Taekwon V”, a sculpture inspired by an animated superhero robot of the same name popular in the 1970s, by Kim Taek-ki, a young artist who has been in the spotlight for his creative ideas.

Another highlight is “Yeongi”, an extraordinary landscape piece by Seungmo Park. In his Maya series (“illusion” in Sanskrit), of which the work is a part of, Park sketches and cuts two-dimensional contours on stainless steel mesh to create a type of three-dimensionality, which alters the appearance of the works depending on the angles from which they are viewed.

Each of the pieces on display at the POSCO Art Museum allows visitors to experience the diverse and sometimes contradicting aspects of steel, which are both strong and soft, and cold and hot.

By taking a look at the ancient artifacts of the distant past, as well as the futuristic works of contemporary times, it is clear that not only has steel been used for more than a thousand years in daily life, but it has also breathed life into the passion of artists throughout time.