2021/04/20
An eco-friendly wave has also been sweeping the automotive industry. In preparation for the upcoming green mobility era, POSCO introduced ‘e Autopos,’ an integrated brand of eco-friendly vehicles. And POSCO Newsroom presents to you the story of POSCO’s technology and solutions behind “e Autopos”. 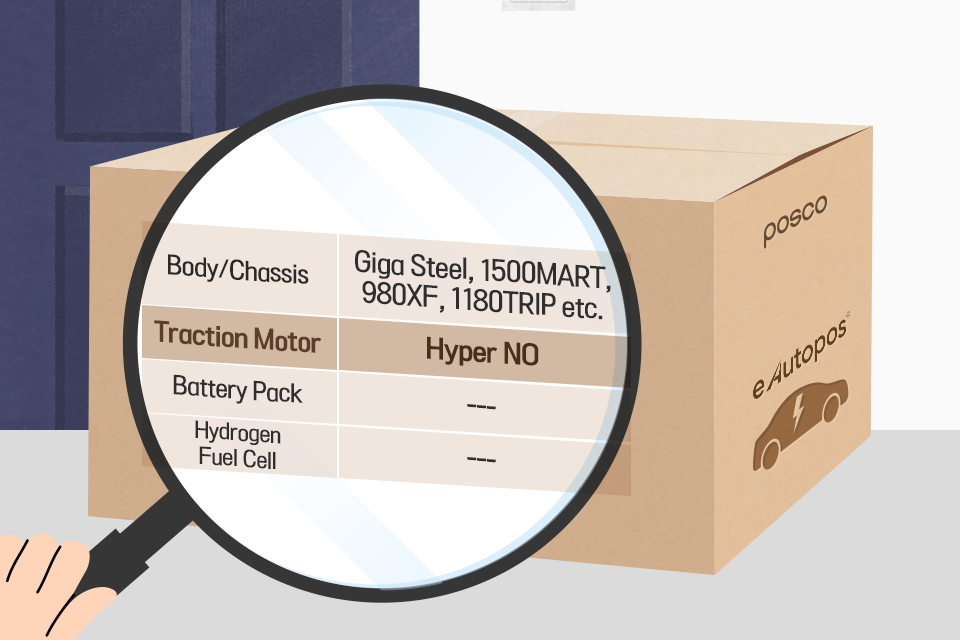 Again, let’s have a look at the explanation table on the box before unboxing. Oh~ The e Autopos solution applied to the eco-friendly car traction motor is ‘Hyper NO!’. Let’s open the box and learn step by step what kind of material is Hyper NO, which makes the heart of eco-friendly cars beat, and what technology POSCO has added to it. 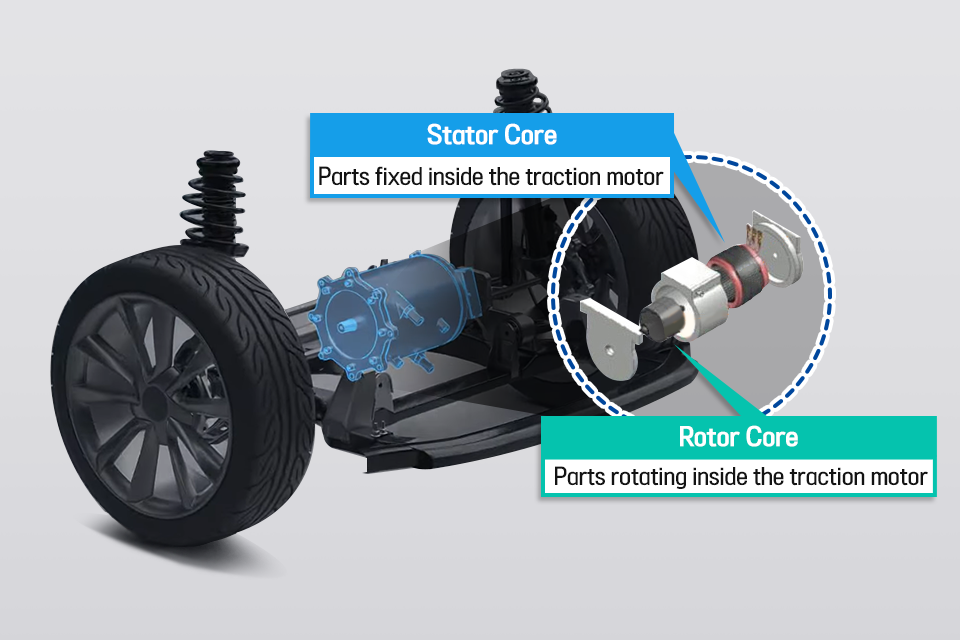 Hyper NO, the main part we saw on the explanation table on the box. Hyper NO is Non-Oriented electrical steel made by POSCO that helps improve the efficiency of traction motor due to low power loss. Non-Oriented steel is a steel with uniform power loss in all directions, and suitable for rotating device material such as motors where the Rotor Core rotates. Non-Oriented steel has grades, which is defined as Hyper NO when the Core Loss is 3.5W/kg(1.5T/50Hz) or less depending on the amount of Core Loss, and the motor efficiency increases when the traction motor is made with Hyper NO.

Hyper NO of POSCO was developed to minimize the energy loss that occurred inevitably in the process of converting electrical energy to rotational energy and also to increase efficiency, resulting in more than 30% lower energy loss compared to existing electrical steel. The thinner the electrical steel is, the less Core Loss is and POSCO is capable of producing Hyper NO thickness up to 0.15mm, allowing it to reduce Core Loss.

*Core Loss: Power loss from the device containing the iron core. The lower the core loss of electrical steel, the less energy loss.

Wait! What’s the principle of a traction motor?

Traction motor, a heart of the eco-friendly car that converts electric power to mechanical force. Fleming’s left-hand rule is hidden in the principle.

In other words, it is converted to kinetic energy by the force between the magnetic field and magnet caused by the current. 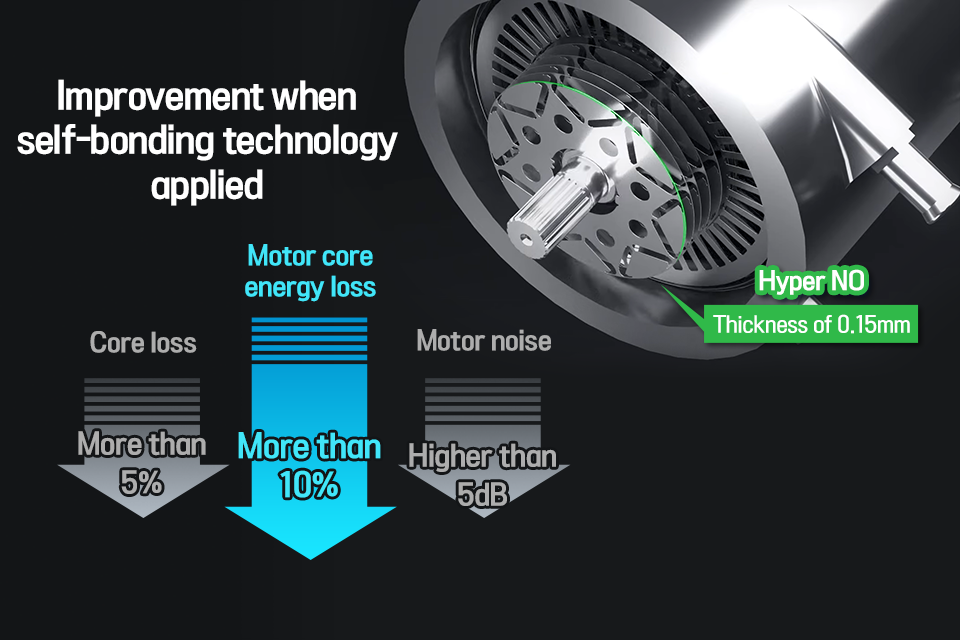 The core of the traction motor is made by overlapping the electrical steel in several layers. As explained earlier, the thinner the electrical steel, the more efficient the motor is, but to rotate the thin steel plate quickly, the plates must be stacked and combined into a single mass that can be rotated. Previously, electric steel was attached with welding, but welding had a problem that degraded the electromagnetic characteristics of electrical steel.

Accordingly, POSCO developed ‘self-bonding’ technology. Self-bonding is the application of an adhesive-like coating to the surface of electrical steel which enables it to bond closely without degrading the electromagnetic characteristics of electrical steel and even reducing not only core loss but also the noise generated by the gap between plates.

POSCO is expanding its sales through strengthening its network by providing electrical steel and use-solutions directly to global automakers and components companies.

Meanwhile, POSCO SPS is increasing the added value by producing traction motor core with electrical steel and POSCO International is also helping to expand its market at home and abroad.

That’s it for today’s unboxing! The traction motor applied with POSCO’s e Autopos is both economical and eco-friendly due to its low power loss and high energy efficiency. If you are looking for an eco-friendly car with great electricity efficiency, just as you are looking for a ‘fuel efficiency’ when choosing an internal combustion locomotive, you need to make sure if e Autopos solution is applied to the traction motor! In the next unboxing, let’s explore the e Autopos solution used in battery pack steel and battery materials!

· #1 Making Cars Lighter for Our Planet!