Christmas Trees Give Steel a Reason to Celebrate

When the last beam is placed on a nearly-finished building on a construction site, there’s a custom that builders like to hold during the holidays to mark the “peak” of a project’s progress.

While evergreens are known as an enduring symbol of the holidays, in the construction world, they’re used to celebrate a building carefully reaching its final height.

Known as the topping out ceremony, the tradition of hoisting an unadorned Christmas tree atop a project-in-progress has been around for ages, but many don’t really know what it stands for, nor its origins.

In 8th-century Scandinavia, where the first topping-out ceremonies took place, people used sheathes of grain instead of trees to commemorate reaching the highest point. But soon after, topping-out ceremonies spread throughout northern Europe, and people eventually began replacing plants with trees for the process.

Many cultures are rooted in nature, explaining why some see the growth of a tree to be representative of a growing building.

The custom has remained relevant in modern times, even as buildings are getting taller and taller. The ceremony is still being performed in northern Europe, and has even reached the shores of the U.S. and Australia. 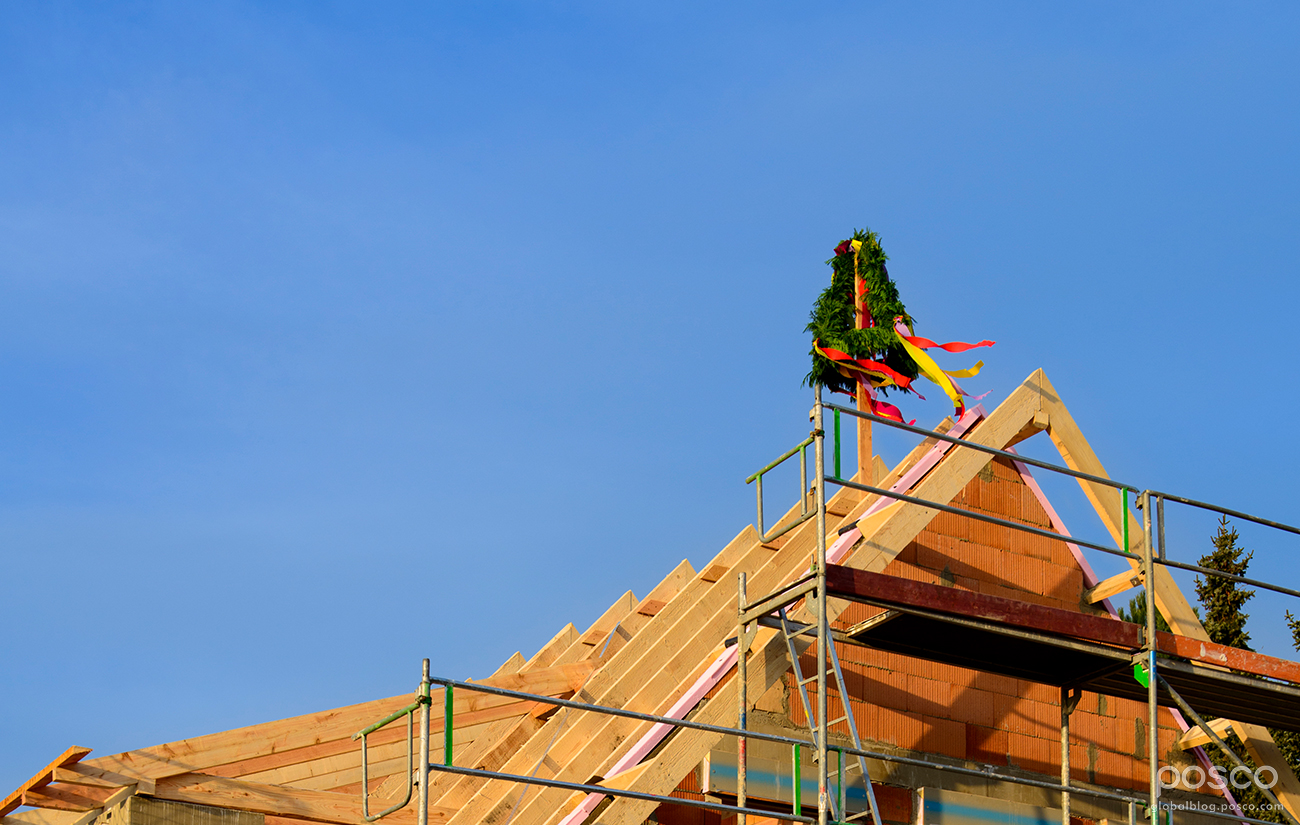 Since topping-out ceremonies showed up in Europe, the tree has been placed on top of structures to celebrate a safe construction site (thus far), hope for a secure completion of a project and also as a blessing for the building and its future inhabitants.

But, like all ancient traditions, there has been speculation on the ceremony’s original purpose.

While most agree that the construction custom may have started in Scandinavia, there are others who claim the practice started in 2700 B.C. Egypt, where slaves placed a plant on top of a pyramid to honor slaves who died during its construction.

In the U.S., there is a tale that the first high rises were built by Native Americans, who believed that no man-made structure should be taller than a tree. 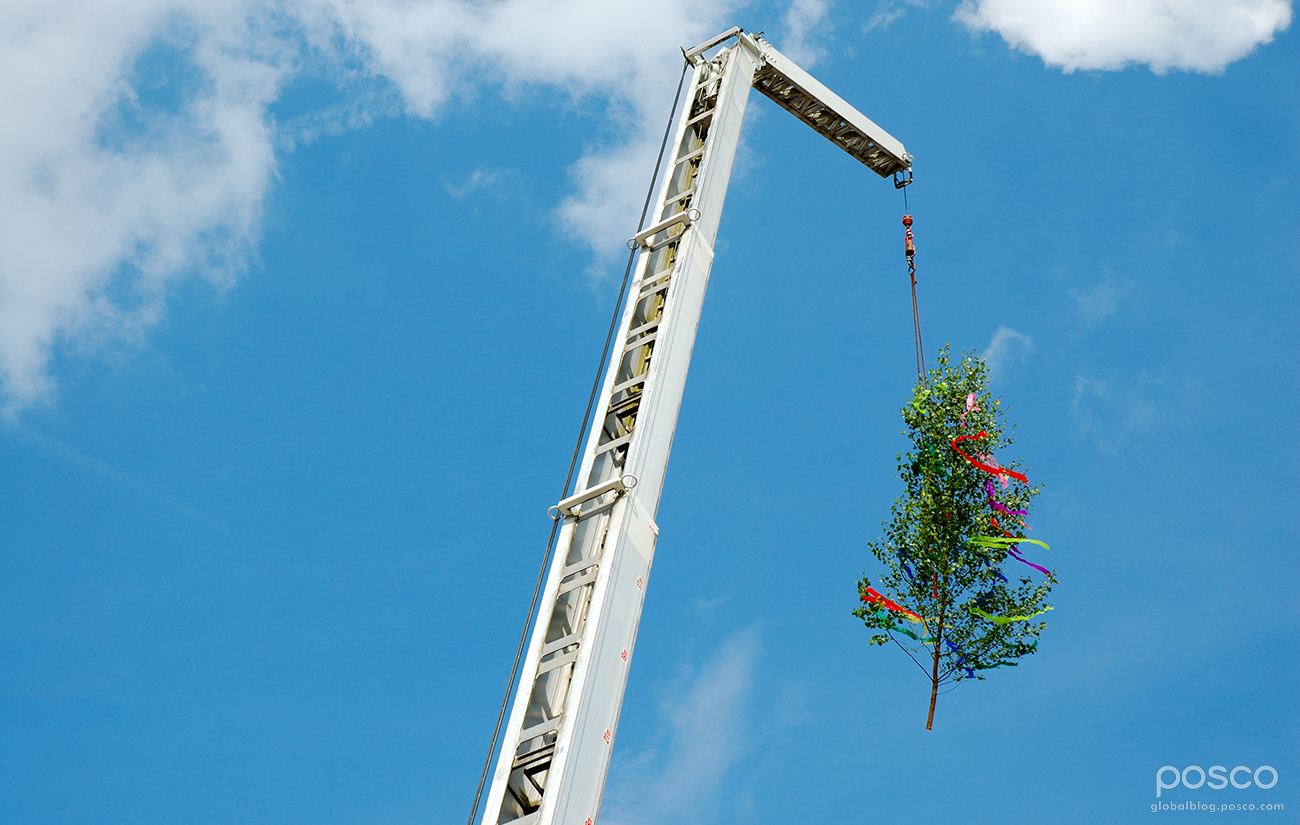 Later on, American ironworkers would adapt the topping out ceremony more elaborately, attaching an American flag to the tree, and also painting and signing the steel beam before it’s placed.

It’s observed simply because ironworkers are the first to reach the top – similar to how mountain climbers of astronauts celebrate reaching their destination. 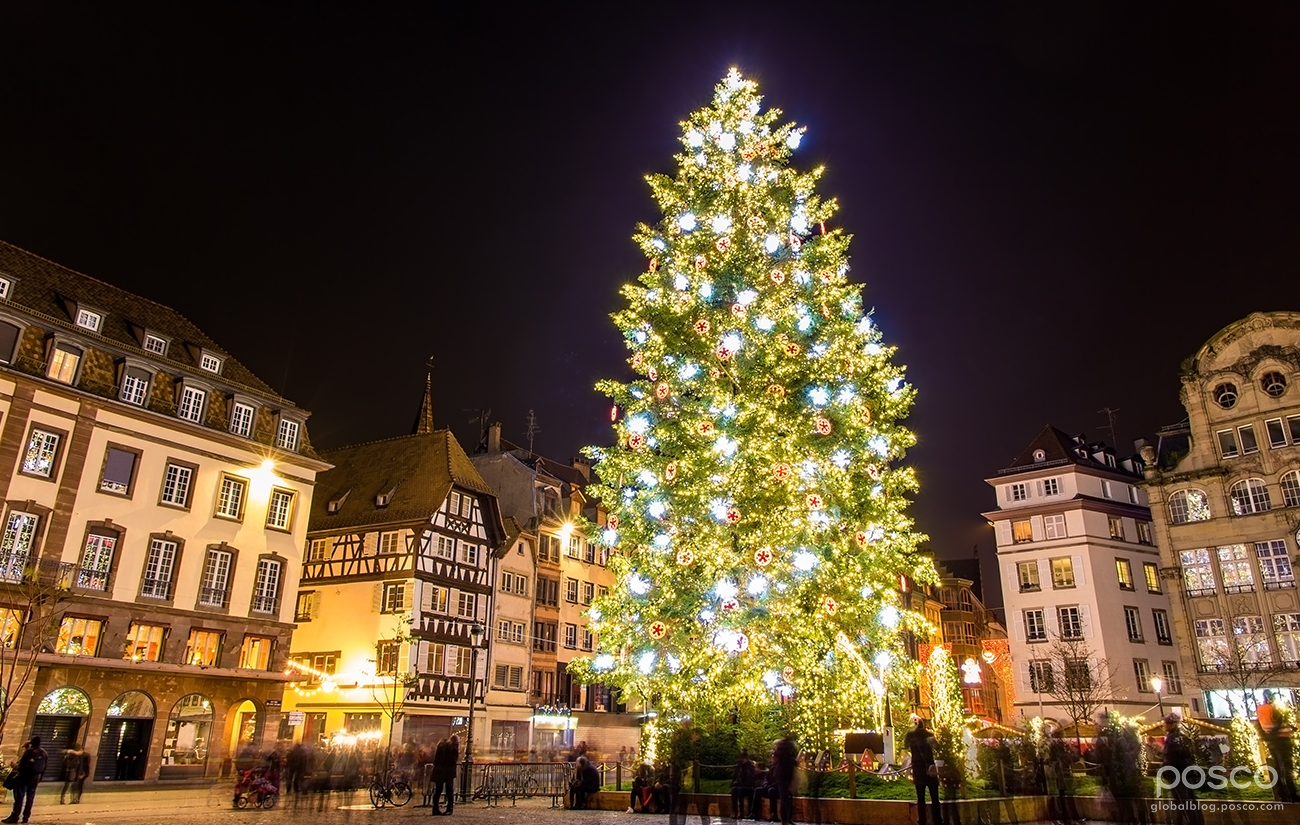 Regardless of the actual story behind the topping out ceremony, it’s still a welcoming sight to see on a construction site during the holidays. It indicates that the project is going smoothly, and also is an optimistic harbinger for the building’s future.

It’s an unlikely place to see a lush evergreen, but the custom shows how our roots have stayed the same, even though modern materials, such as steel, have taken over heavy industry.