The Significance of One Percent: Building Homes in Thailand

The POSCO 1% Foundation built “love houses” for low-income families in Rayong, Thailand on August 11, with donations from POSCO Group employees who donate 1 percent of their monthly salaries.

More than 100 people attended the dedication ceremony, including Jeong-sik Kwak, the head of POSCO’s External Relations Office, the vice-governor of Rayong, Thailand, the representative of Habitat for Humanity Thailand, the POSCO Group Employee Volunteer Corps and members of the local community.

Jeong-shik Kwak, head of the ER Department of POSCO said, “The Thailand love houses are especially meaningful because the employees of POSCO Group donated 1 percent of their salaries and participated in the construction process. I hope that these love houses will give hope to locals in need.” 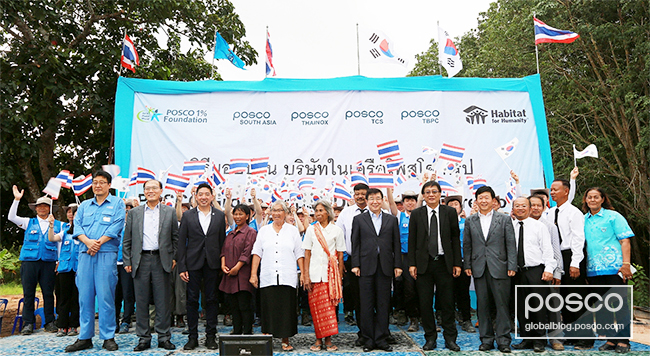 POSCO representatives and locals at the dedication ceremony of the love houses in Pluak Daeng, Thailand.

The construction was completed by 50 volunteers of the POSCO Group Employee Global Volunteer Corps from Korea, and 30 employees of POSCO Thainox, POSCO-TCS and POSCO-TBPC.

New resident Tun Kedwarin was moved to tears and stated, “In my old house made of wooden boards, water kept leaking and the house was in danger of collapsing. I was always worried, but now I can sleep without fear, and I am truly happy. I am grateful to POSCO and the government who built me a house.” 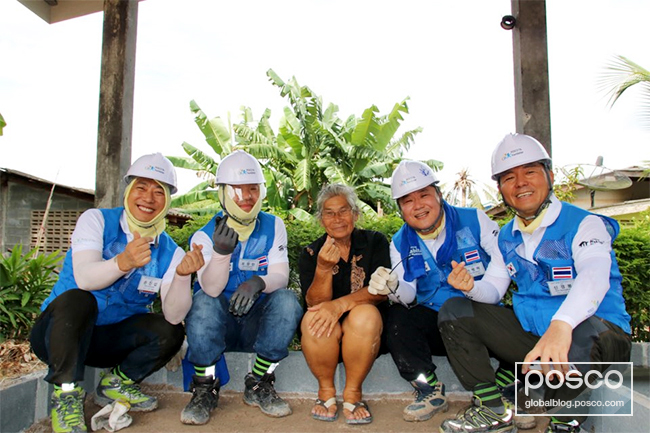 POSCO Group Employee Global Volunteer Corps was established in 2015, and consists of employees of POSCO Group and outsourcing partners who donate 1 percent of their monthly salary. It’s all a part of POSCO’s unique culture of volunteering and giving back to communities.

This year, the members spent 8 days in Thailand starting from August 5, during their personal vacation days and also visited a local school to introduce Korean traditional culture to the students. 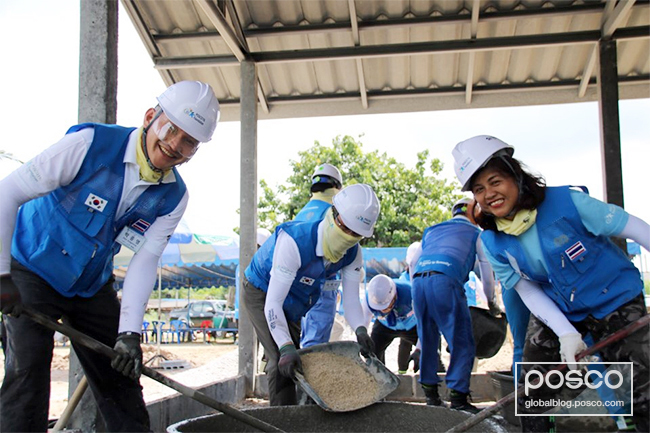 OSCO Group volunteers and Thai global staff members worked together for the construction of the love houses.