Ask an Expert: How Steel is Constantly Evolving

Compared to the world’s very first cars, today’s cars are faster, stronger, safer and have more sophisticated designs. As alternative materials like aluminum are increasingly being used for car parts that were originally made of steel, some even refer to this trend as a “material war.”

“Material War” in the Auto Industry

Recently, various substitutes for steel have entered the picture and are being applied in commercial vehicles. The most commonly used materials are aluminum and CFRP (Carbon Fiber Reinforced Plastic).

Beginning in the 1930’s, aluminum was primarily used as a lightweighting material for race cars and the outer panel of a vehicle. On the day of the Eifel race, the Mercedes-Benz weighed over the maximum limit and in an attempt to resolve this, the white paint was stripped from the frame, leaving the car’s aluminum frame completely exposed. This is how the Benz got its famous nickname, the “Silver Arrows.” 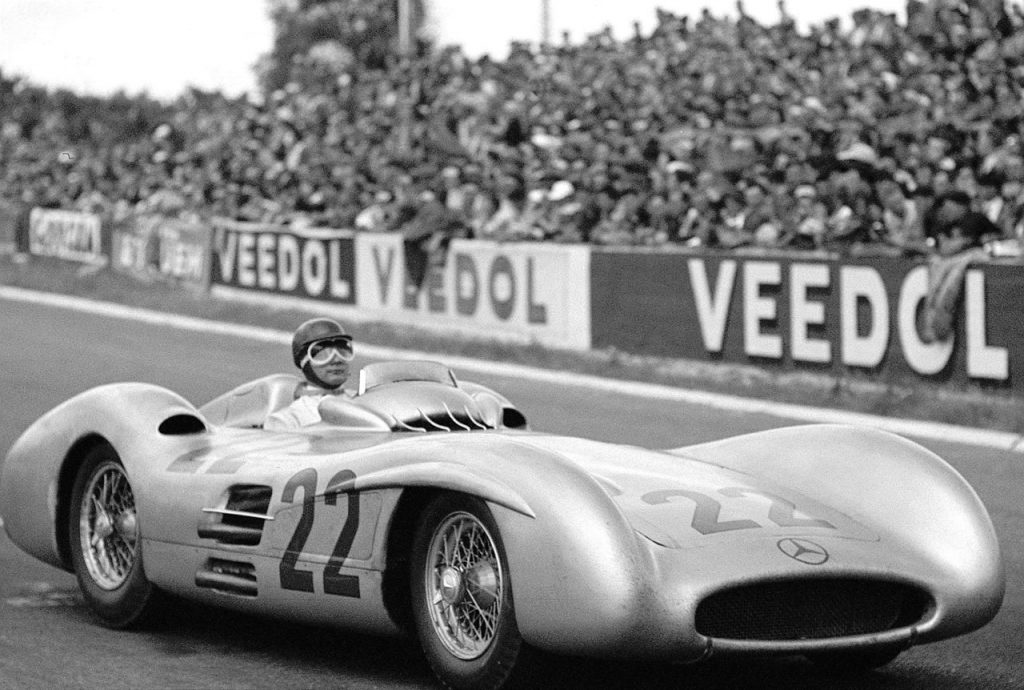 Pictured is the Mercedes Benz “Silver Arrows” racecar with its paint completely stripped off to reduce the weight. (Source: Daimler AG)

Safety regulations were less strict then than they are today. If there was an accident, the outcome would most likely be a severe injury or even death. With the goal of increased protection, researchers began to use tubular frames made of chromium molybdenum steel in order to reinforce the rigidity of the vehicle.

As the 1970’s rolled around, CFRP, a material that was already being applied in the aerospace industry, made an appearance in Formula 1 and automotive researchers quickly began discovering its potential and value. Soon enough, CFRP was considered an ideal material for race cars.

The Audi A2 and A8 made with aluminum car frames during the early 2000’s (Source: Audi AG)

The rapid implementation of new substitute materials in the motorsports industry set a precedent for the auto industry as well. In the early 2000s, Audi shocked the industry by presenting the A2 and A8, two vehicles with car frames that were made completely out of aluminum. In 2015, BMW created a large-sized sedan made of CFRP, which was only used in a limited number of cars. This stunned consumers and the industry yet again. As advances were made with aluminum and CFRP, it seemed that steel would inevitably lose its place in the automotive material industry.

However, those who believed that the age of steel was over forgot one thing: steel is constantly evolving. While it is true that aluminum and CFRP could replace steel and that they are lighter, the disadvantages that come with these materials confirm that steel is a much more efficient material.

Aluminum, for example, is lighter than steel, but because it has less strength, thicker pieces need to be used. In order to achieve the same level of strength as steel, it needs to be mixed with other materials. Also, aluminum has a low melting point and easily leads to the formation of the oxide film, a factor that makes it difficult to weld. The high thermal conductivity makes the heat that is produced at the time of welding spread, making the material more brittle.

These disadvantages mean aluminum has to be welded in other ways such as riveting, a method of mechanical joining using thick mushroom-shaped nails or adhesive. If the aluminum is not tightly joined during the riveting process, oxide films form in between the cracks resulting in fatigue failure. If a tackifier was used in the process, an impact or collision could easily rupture the adhesive lining. Addressing these problems, while also ensuring that the frame is durable and light, has proved to be a much more expensive process than manufacturing a traditional steel car frame.

As such, numerous factors including durability, safety, and efficiency must be considered when choosing a material to be applied to a car.

From the 1930s to the ‘70s, it was possible to use aluminum in race cars because the vehicles were only used for one or two races. The aluminum pieces were hammered into shape by hand or joined together by rivets, but mass production of aluminum car frames was a very difficult operation. To this day, aluminum is still a difficult material to work with due to its high cost and the complicated technology involved in the production process.

CFRP, which is known to be lighter and stronger than steel, also has several issues. Although a method for mass production has recently been established, it requires a much longer production time (the time allowed for one product to be produced) for a car body or shell, meaning that it also yields higher labor costs. 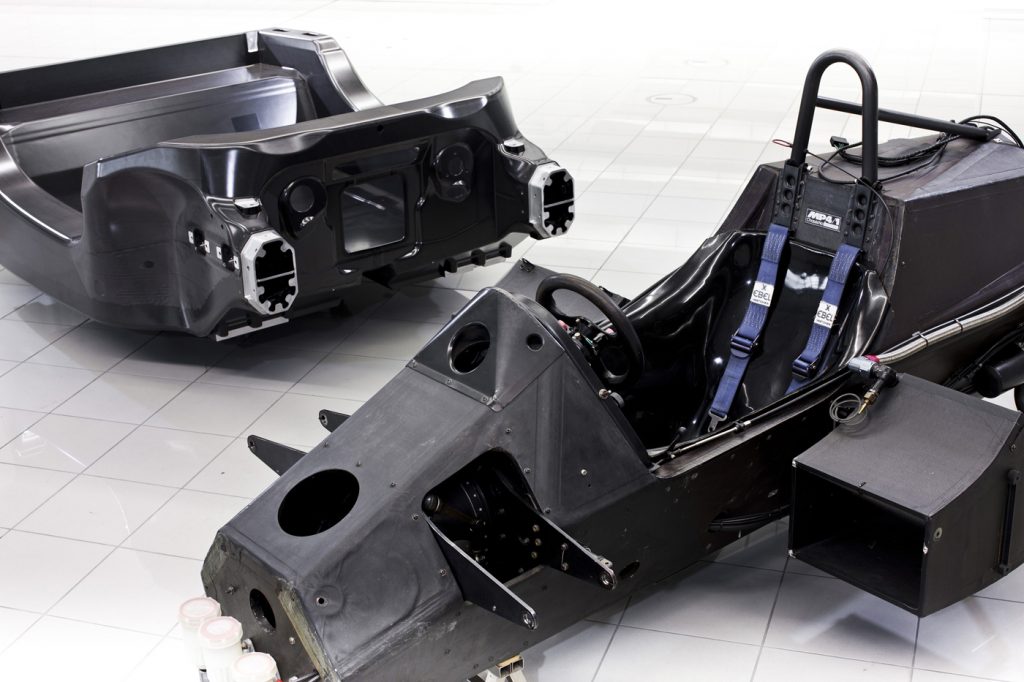 The McLaren MP4/1 was the first car frame to be made from CFRP.

Recently, Boeing and BMW began to research ways to recycle CFRP, but unlike steel or aluminum, it is fundamentally impossible to melt CFRP and give it a “new life”. Another reason why it is not an eco-friendly material is that various chemical products are used in the manufacturing process.

Also, 80% of carbon fiber production, one of the core materials in CFRP, is used by the aviation industry. Because the demand is much higher than the supply, it is much more expensive than steel and has yet to fully make its way into the automotive industry.

Because these shortcomings have not been addressed, researchers have started to turn their eyes back to steel. Even Audi, which once considered its aluminum car frames a major strength, has adopted steel to create the car frame for their newest sedan. Other major automakers still continue to look to steel as the main material as well.

The Shift Back to Steel

The reason for the shift back to steel is because it not only addresses certain disadvantages of alternative materials but also because it is a more affordable choice. The launch of POSCO GIGA STEEL and PosM, in particular, introduced a whole new level of steel. 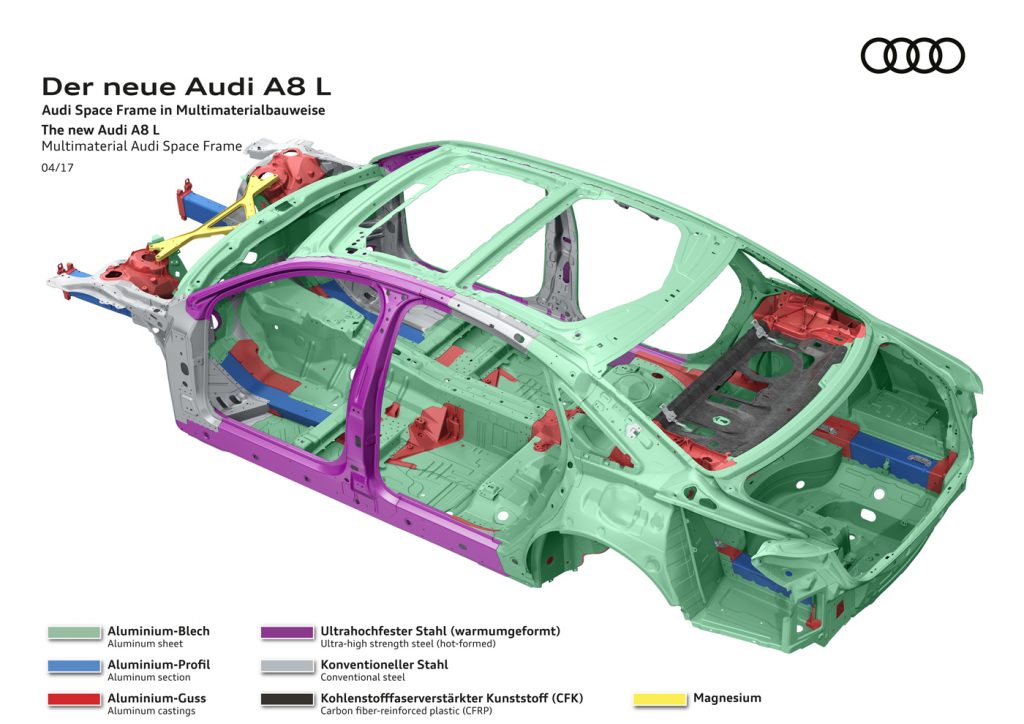 Audi has turned away from a fully aluminum car frame and has begun incorporating high-tensile steel plates, as indicated by the purple portions of the car frame.

The “E Series” was once thought to be only theoretically possible and has long been known as a dream material amongst the world’s leading steel companies. This is because it can meet two demanding conditions at once: strength and formability.

Not only does it have 2-9 times more processability compared to existing materials, it also has an excellent ability to absorb impact, which can make a car safer when used in those engine room parts that absorb and disperse impact.

Many steel companies attempted to produce this material but were not able to complete it due to difficulties in production. However, in 2008, POSCO successfully developed this material for the first time and made it available for purchase.

The highlighted parts represent the parts that have applied the “Y Series” of PosM.

The “Y series” is used for the parts of a car that protect the passengers, especially because of the yield strength, which represents the strength of a material until it becomes deformed, is quite high. This includes, for example, filler parts that prevent the passenger compartment from becoming damaged in the event of a collision.

The “B series” has both the benefits of the “E series” and “Y series”. It is one of the best materials that can be formed by cold forming, which is a simpler process than what is used to make Hot Press Forming (HPF) steel. Because it is easy to process, it can be manufactured into complex shapes and yield a much lower processing cost.

Until now, there has never been a steel that could exhibit both high strength and durability like PosM has. PosM, first developed by POSCO in 2016, is an indispensable material for automobiles.

Through PosM, which exhibits next-level performance compared to existing advanced high-strength steel solutions, steel is once again being considered as an essential material in automobiles. Also, POSCO GIGA STEEL is rapidly advancing to meet the needs of today’s evolving industry, leading the advanced strength steel market. 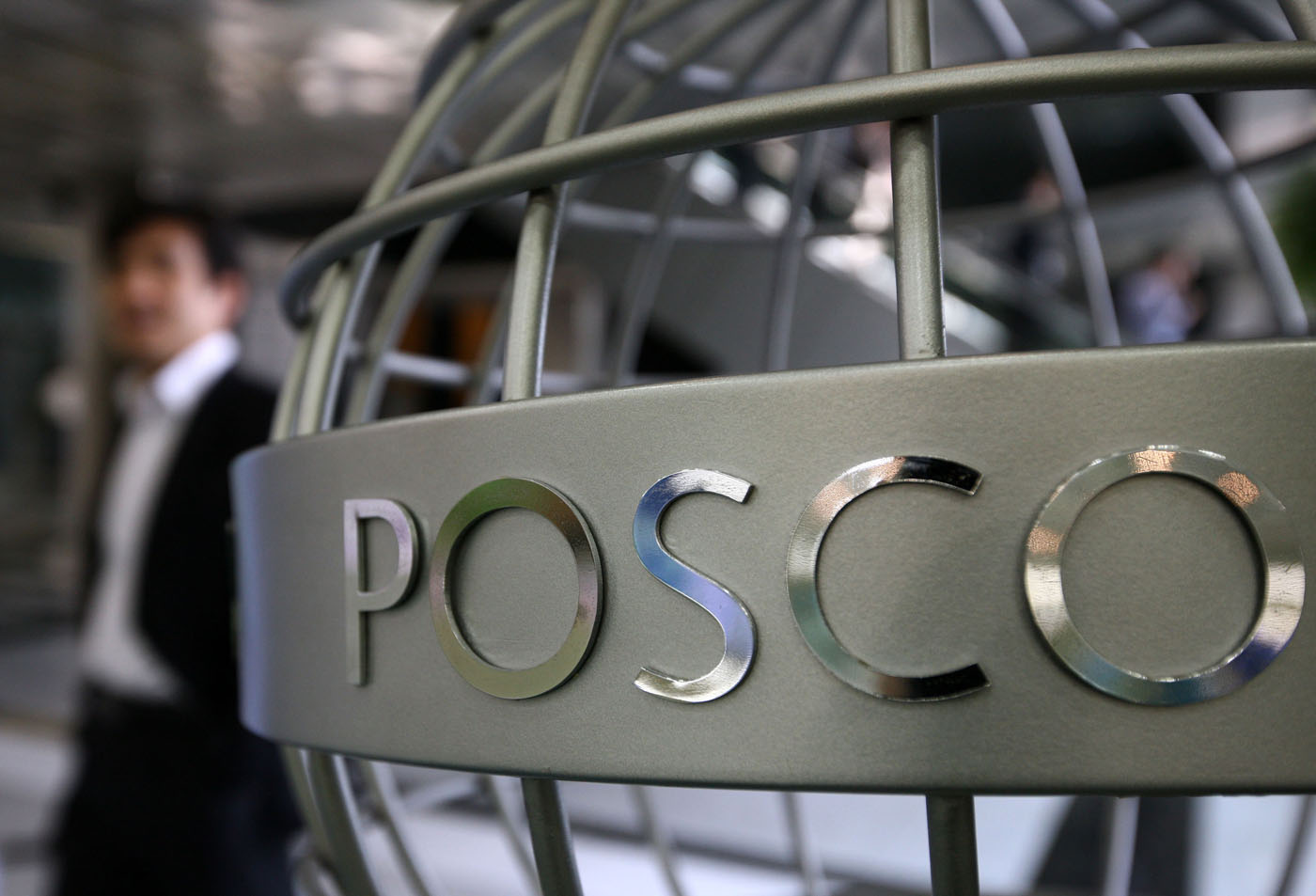 POSCO GIGA STEEL, with outstanding processability, affordability and a tensile strength that is over three times that of aluminum with the same thickness, will continue to be a very important material in electric vehicles (EVs) which define the present and future of the automotive industry. It will help overcome the limits of batteries used in EVs and allow the vehicle to travel longer distances with its lightweight qualities and make the car body safer by satisfying the most stringent of safety standards.

In addition, the advantage of being more economical, cleaner and easier to recycle than other materials is necessary for an age where consumers value eco-friendly solutions. As long as cars exist, steel will always be one of the most important materials. Various manufacturers are already turning their attention to hybrid car frames that utilize a combination of aluminum, magnesium and carbon composites, with steel as the main focus.  As advanced high-strength steel continues to make improvements it has the potential to replace the need for these other materials altogether.

Automobile development continues to move forward with steel, and at the crux of this progress is POSCO GIGA STEEL.