The previous post of ‘Architecture in Cities’ series dealt with steel uses in urban renewal project around the River Thames in London. We hope the post has let you recognize the significance of steel, especially in circumstances like metropolitan areas! 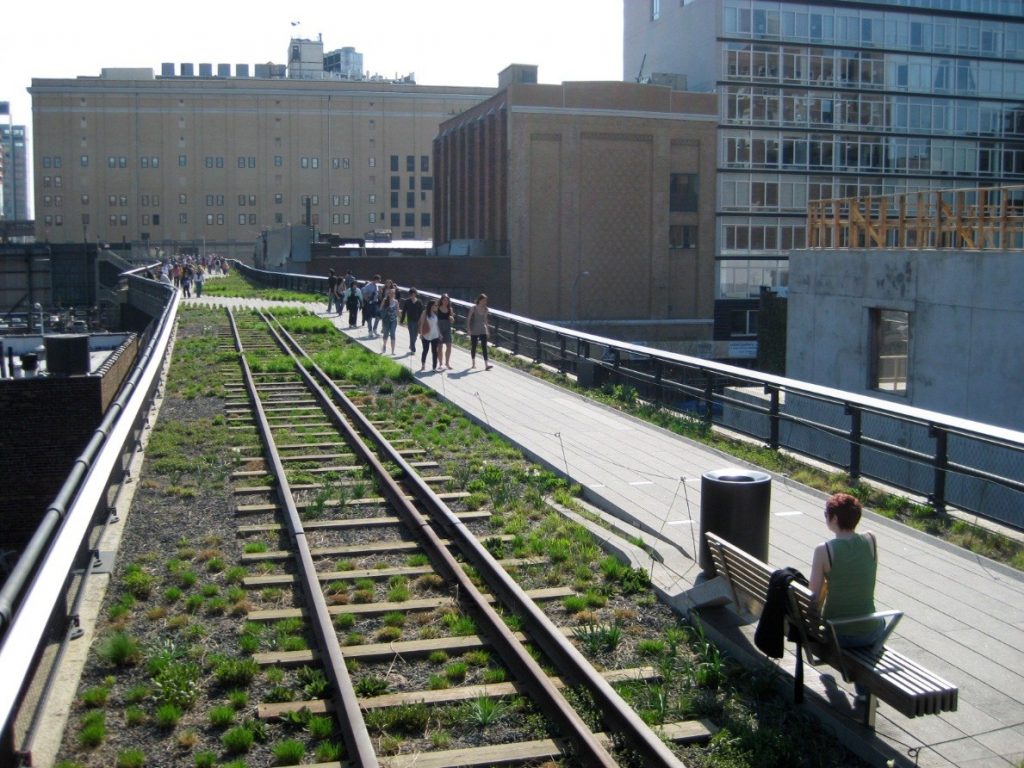 Following the first edition of the series, we would like to discuss about urban renewal cases of neglected railroads. One of the best known cases, the High Line of New York has a meaning more than just a simple ‘park’, since it is an urban garden built upon the abandoned railway lines of 1930s. The High Line has become one of the top visitor attractions in New York and an emblem of the historical decline from the industrial heyday. Let’s explore further about the High Line and other example of rebirths of former railroads.

In 1847, life-threatening accidents were frequent in New York City because freight trains, carriages, bicycles and pedestrians kept colliding down on Manhattan’s Far West Side. In order to solve this problem, the City of New York and Metropolitan Transportation Authority planned to construct an elevated railway in 1929. Finally, it was launched in 1934 and enabled cargo to be delivered directly from the railroad to factories and warehouses.

However, the railroad transportation drastically declined as highway construction and cargo truck started to advance in the 1950s. The overhead railway vanished into the history after the last train squealed its way in 1980. It has been discarded for 20 years until Rudolph Giuliani, the former mayor of New York City, agreed to dismantle the overhead railway in 1999.

On the threshold of the demolition, two civic activists formed a non-profit organization called, ‘Friends of the High Line’. They saw the potential that this useless, old heritage can be redeveloped into a unique overpass. The ‘Friends of the High Line’ consisted not only the regional residents but also various other people such as entrepreneurs and fashion designers. Furthermore, the organization proceeded their project by benchmarking Promenade Plantée of France.

As shown by the cases above, it is quite difficult to preserve a trace of a certain city. It requires the government’s support while having complicated relations with the profit of property owners. Above all, it requires proactive and voluntary efforts of its citizens. As a city harmonizes over time, it asks for continuous efforts and patience of many people living within the city.

Promenade Plantée, the Archetype of a Renovated Urban Garden 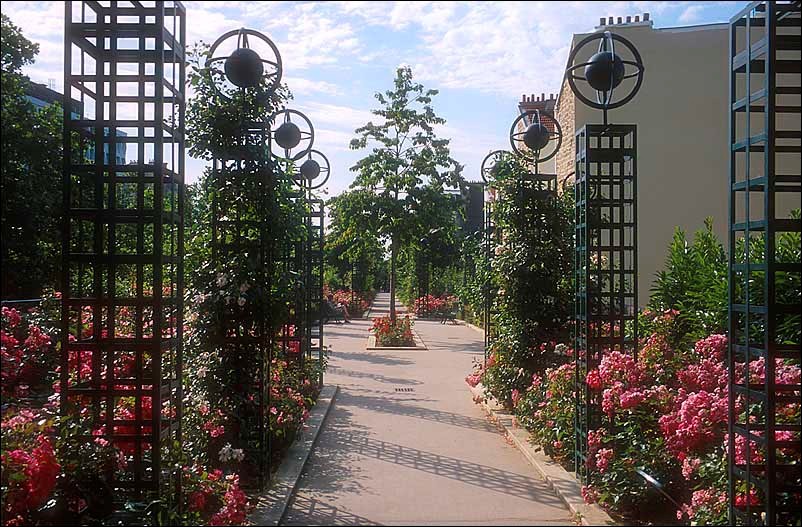 The original model of reusing old transportation corridors is the Promenade Plantée in Paris, France. For cargo transportation, Paris had opened up a bridge-type railroad that penetrates the center of Eastern Paris in 1859. However, this railroad was deactivated in 1969 and deteriorated into a crime-prone area.

In the early 1980s, Paris decided to transform this railway, the city’s headache, into the ‘Promenade Plantée’, meaning ‘a walking trail’, by planting green lives around the area. Unlike the citizen-driven project of the High Line, the Promenade Plantée project was organized by the city authorities of Paris. And, the design of the site was developed by a landscaper, Jacques Vergely and an architect, Philippe Mathieux while architects named Patrick Berger and Jamine Galiano designed the pedestrian overpass shopping district.

The abandoned railroad built 10m from the ground level transformed into a floating esplanade, penetrating the city. Especially, the rusty area that was about to be demolished was reborn into the pedestrian overpass shopping district. And, the 70 redbrick-arches under the railroad redeveloped into ‘Viaduc des Arts‘, an art district of handcraft workshops, galleries, furniture exhibition halls, and cafés. Though the pedestrian overpass shopping district was completed only in 2000, it became one of the most popular spots among Parisians along with the Promenade Plantée.

Recreating the City While Maintaining its Previous Identity
A city tends to flow along with the lives of the citizens. As it shown by the case of Paris, the marks that embody the original identity of the city must be preserved as much as possible. The marks could be stunning and valuable or not at all. Nevertheless, it is significant because these traces of the city could contribute as an important historical asset for the future generation, as the traces have evolved a long period together with the citizens. Accordingly, cities develop their unique identities and this cannot simply happen only with a concept for city development but must stem from a sincere echo within our lives.

A city is a place where happy moments are accumulated, but it also encompasses the memories that people would like to forget. Thus, a city cannot simply disappear by eliminating the previous objects and replacing them with the new ones, because every moment has traces of our lives and becomes the history that brought us to today. In fact, when people recall the past and add value to it, the city can bring out its genuine beauty as a place where people strive to continue their lives with each other.

*This story was originally developed by Kim, Mi-na – Participated in Hanoi master plan, Ho Chi Minh Thu Thiem Binh Khanh master plan, and other international urban development projects especially in Da Nang, Tay Ninh, Binh Phuoc and more. Currently, she is executing planning and marketing for global business projects at POSCO A&C. She is interested in the topics related to public-nature of cities and urban renewal.