There is an undeniable relationship between a city and its architecture. Structures share the impression of the city and the city breathes life into those structures. Buildings within the city hold countless number of stories about people and their everyday lives. Buildings sculpt each corner of the city and those corners embody the living history that has been built over time.

Waterfront Revitalization – The River Thames in London, United Kingdom
Historically, metropolitan cities have settled around water streams. London, the capital city of the United Kingdom, is a historically renowned city that is located in the riversides of the River Thames. For a long time, London has been the center of politics, economy, culture and transportation throughout the nation. Leading the industrial revolution, the United Kingdom was able to build larger structures in a shorter period by using cement, glass, and steel – the materials of modern architecture. As a result, many landmark structures were established. Today, we would like to talk about the River Thames of London, the iconic city of industrialization, and the landmarks surrounding the river.

Building Landmarks around the River Thames 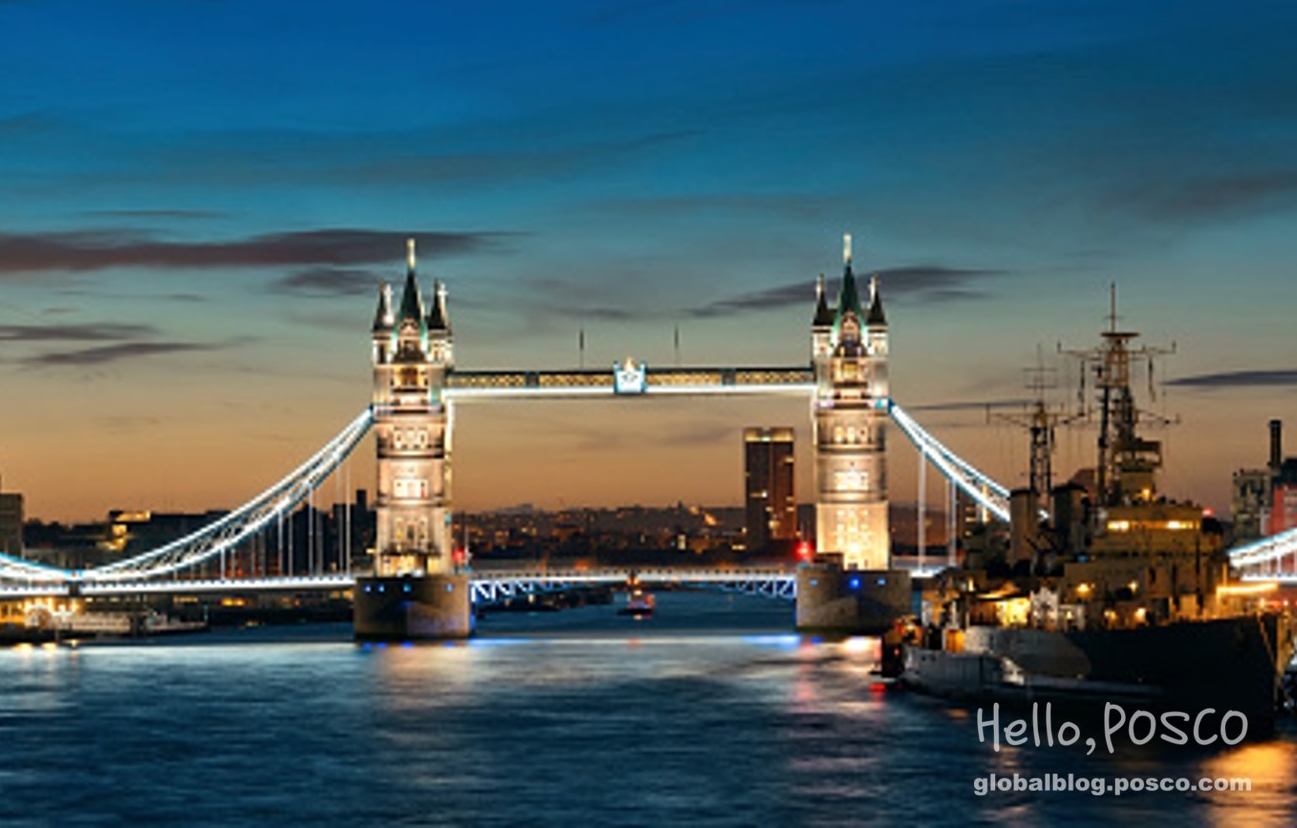 There is a British proverb which says, “A smooth sea never made a skillful mariner.” The United Kingdom had gone through fierce phases in the course of national development in cultural, political, industrial and many other aspects. Nowadays, the United Kingdom maintains its reputation as an advanced country and continues its effort to develop further.

As the industrial revolution bloomed in the late 17th century, the United Kingdom developed into an international city. With the revolution as a momentum, the United Kingdom gained a superior position in international trade and colonial competition, exceeding the main competitors, France and the Netherlands. Ever since the 1980s, London, however, could no longer maintain its previous cityscape. That is, a swell in population caused a lack of urban infrastructure and led to an explosive increase in demands for new buildings. Accordingly, the city realized its urgency for a renewal and development.

Starting from the beginning of the 21st century, the United Kingdom executed a national-scale development business, the Millennium Projects, under the administration of former Prime Minister John Major. For instance, the project constructed monumental architecture in celebration of the millennium. In fact, the architecture reflects the government’s will to express the new leap of London, transforming into a central city of Western Europe.

With the purpose of creating a new cultural center along the Thames, the project aimed to solve regional imbalances and to proliferate the city’s flow and development that were concentrated around the previous downtown. The outcomes of the Millennium Projects are the following landmarks: 1) The London Eye – a giant Ferris wheel on the South Bank of the River Thames, 2) Millennium Dome – located on the Greenwich Peninsula in the South East London, 3) Millennium Bridge –a pedestrian bridge connecting banksides, 4) Tate Modern – a modern art gallery housed in the former Bankside Power Station. 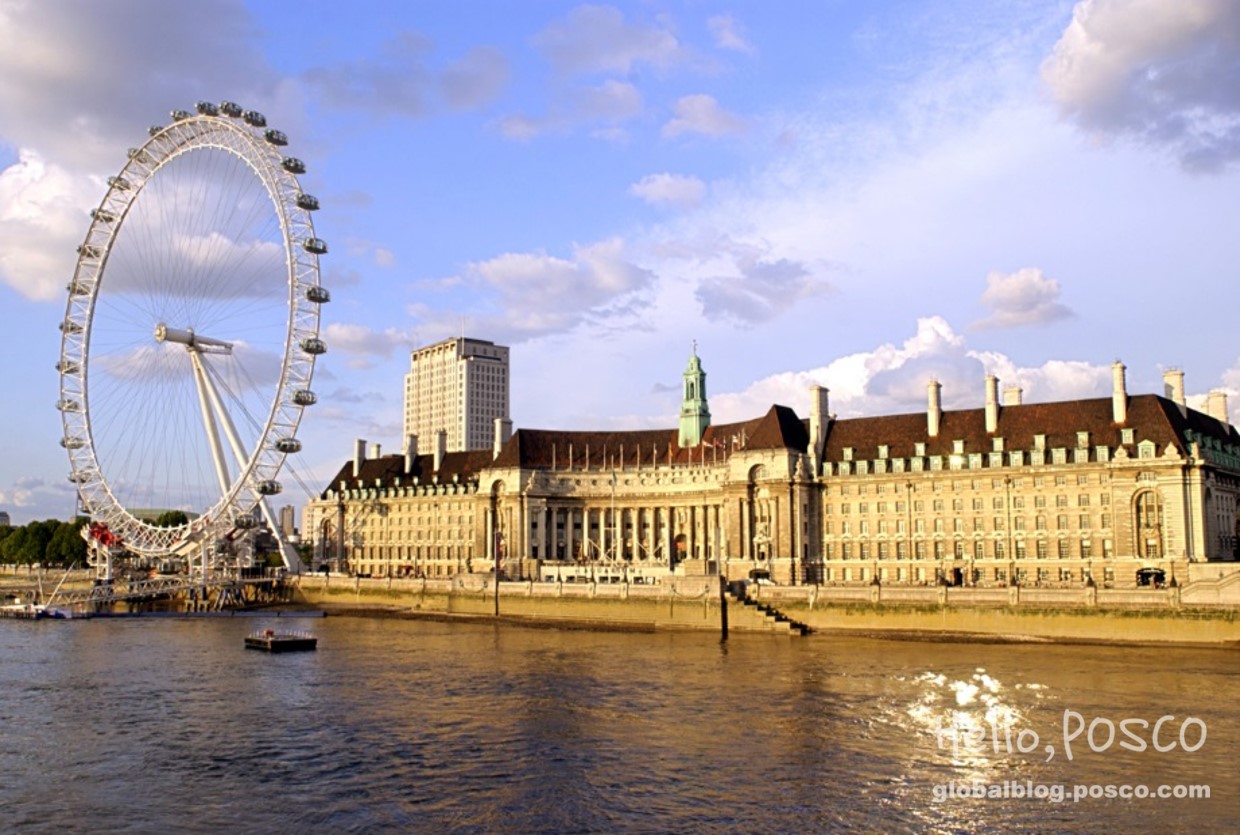 The London Eye is located within Jubilee Gardens which is on the bank of the River Thames. Upon its opening in 2000, the London Eye has positioned as a symbol of London along with Tower of London, Tower Bridge, and Big Ben.

Designed by two architects, David Mark and Julia Barfield, the London Eye has observation capsules that are installed in the exterior of the rim. The wheel has a rim diameter of 122 meters and was designed to rotate slowly. Designed by Nic Bailey, the 32 observation capsules of 25 passenger capacity is installed within the wheel, providing the downtown view of London. Completed in 1999, the London Eye was the world’s tallest Ferris wheel (135m) until the construction of China’s Star of Nanchang (160m) in 2006 and the Singapore Flyer (165m) in 2008.

The Millennium Dome is a structure located on the Greenwich Peninsula in South East London, United Kingdom. This landmark was designed by Richard Rogers and was planned to contain 23,000 visitors for exhibitions and concerts. The Millennium Dome has the world’s largest single roof, 100m tall support towers and a 365m-diameter circular dome. The twelve support towers represent 12 months of a year and the 365m-diameter canopy represents the days of a standard year.

In May 2005, the Dome was publicly renamed as ‘The O2’ in a deal with a British telecommunications company O2. The Dome is a multicultural entertainment arena for concerts, movies, exhibitions, and more. Providing a wonderful ambience even in the inside, the Dome is known for its outstanding beauty from a distant view.

Millennium Bridge – A Long Pedestrian Bridge in the River Thames 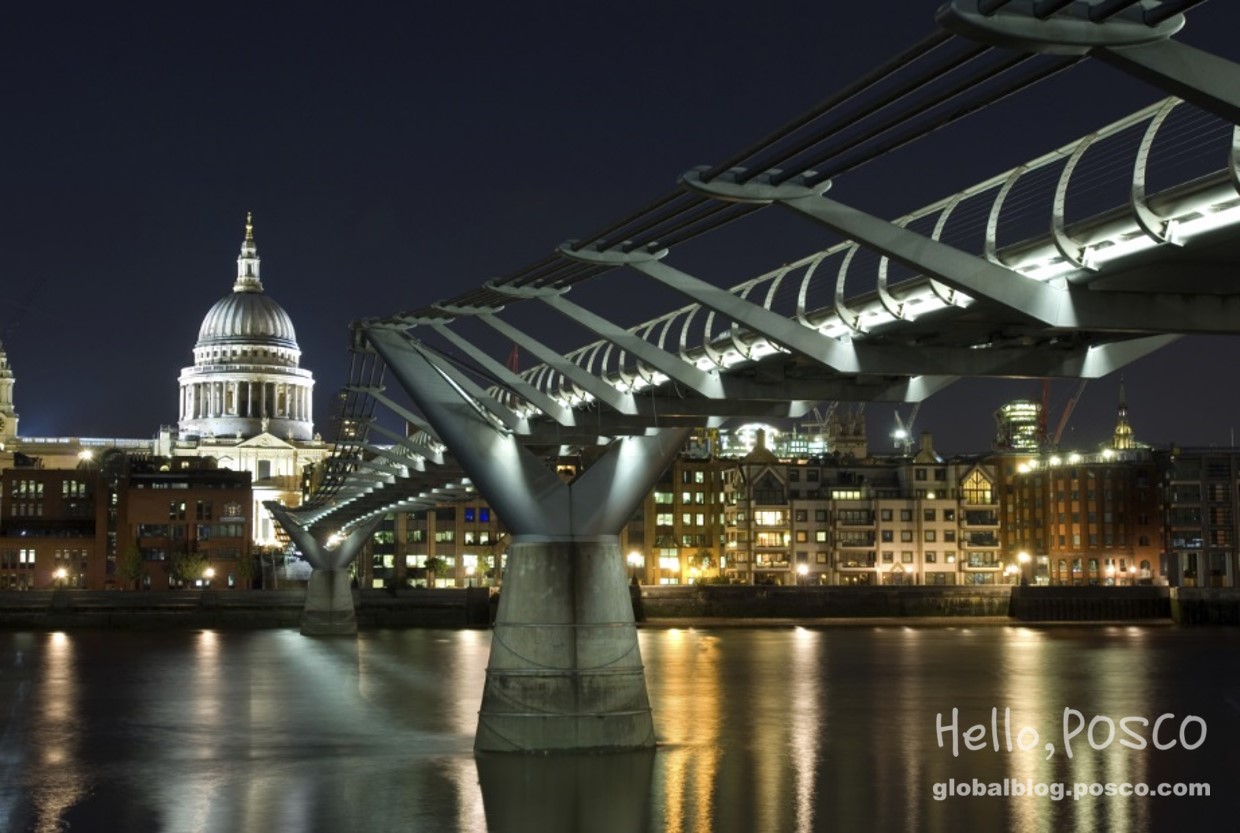 The Millennium Bridge is a long pedestrian bridge that links St. Paul’s Cathedral and Tate Modern with the River Thames in between. The bridge, constructed in 2000, is a collaborated work of sculptor Sir Anthony Caro and technology of Arup, an engineering company. While the Tower Bridge allows both pedestrian and transportation access, the Millennium Bridge restricts access to pedestrians only. Along with a huge success of the Tate Modern, the bridge triggered regional development in Southwark area and the southern bank of the River Thames. 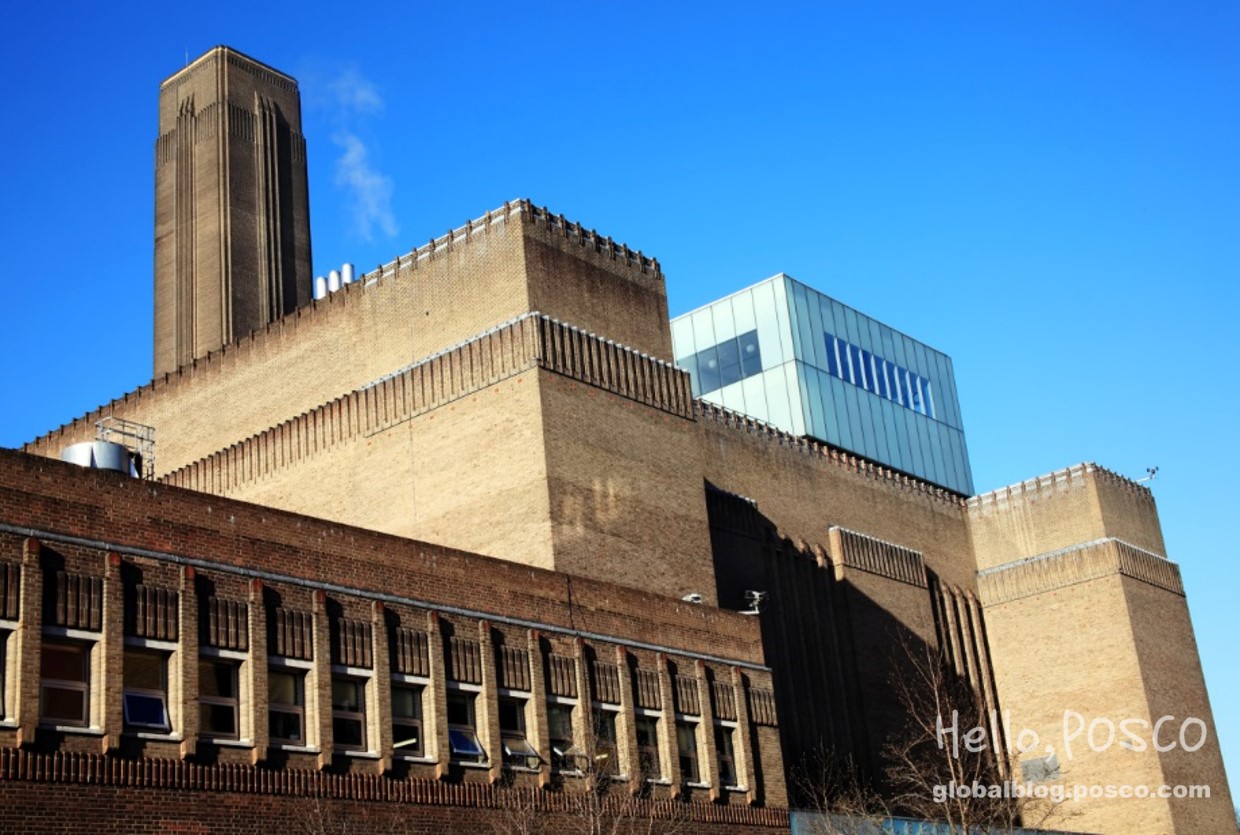 Opened in May 12th 2000, the Tate Modern is a renovated architecture of Bankside Power Station which was closed in 1981. The British government and Tate group considered the location of the power station as an optimal spot for a gallery. Hence, they proposed a competition for an idea for a new building in 1994.

Consequently, numerous world famous architects had proposed their designs in the competition. The majority of the architects suggested to demolish the abandoned power station and establish a completely new structure. However, two young Swiss architects, Herzog and De Meuron proposed to maintain the exterior and dramatically revamp the interior functions. The British government and the Tate group highly valued this proposal of bestowing a modern interpretation to the interior while preserving the external structure.

Steel and its Infinite Possibilities for the Future Civilization
In every metropolitan cities, landmarks exist to exhibit their prides, and most of those landmarks are constructed with steel.

As shown, iron still has a significant role in our daily life, culture, and urban spaces. In the midst of the ongoing steel culture, many cities are incorporating steel in the course of endless development of our civilization.

Including London, cities require sufficient time and patience to form, settle, and run appropriately.  London started as a small settlement along the River Thames, endured the phases of the industrial revolution and has grown into a contemporary city. Thus, the city must continue its effort to preserve and develop the history of London in this ever-changing world.

In 2018, POSCO will celebrate the 50th anniversary of its establishment. Just as London’s ceaseless evolution along the River Thames, POSCO will continue to progress its endeavor that has developed the economy and flourished the industry through POSCO’s steel.

*This story was originally developed by Hwang, Sang-hee – POSCO A&C Marketing Team, International Architecture Specialist. Participated in international construction projects in Libya, Malaysia and more. Her hobbies are traveling and photography. She is also interested in historical stories about cities.