What follows the initial hype of a cutting-edge technology or product is usually a period of chasm. Chasm, also known as the ‘valley of death,’ is where a demand stays stagnant until the product becomes available to the public. In the case of electric vehicles, they are struggling to cross the ‘valley of death’ ever since its first launch over 130 years ago.

The year 2019 might be the year when the electric vehicles cross over the valley of death. 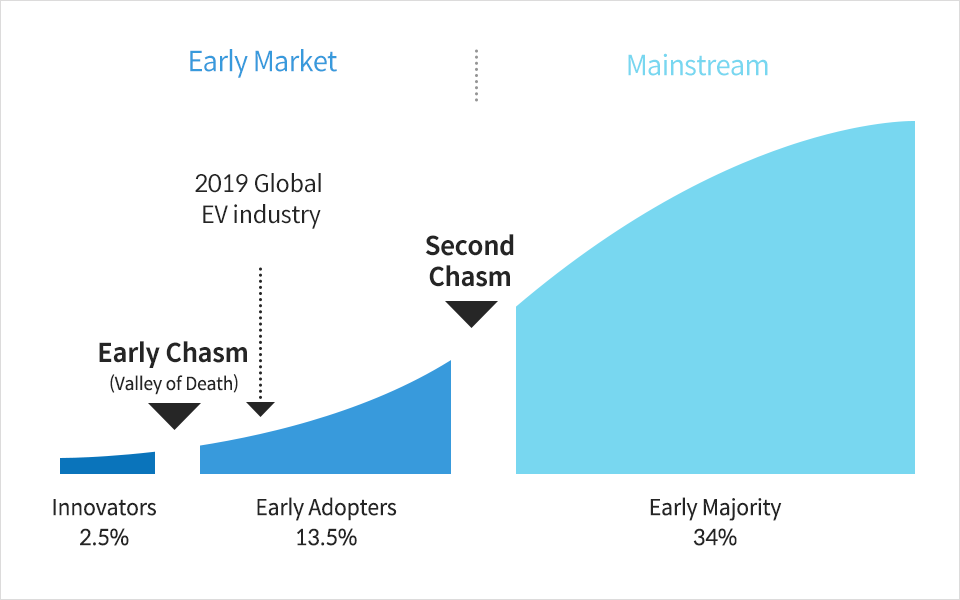 Auto sales projected for 2019 across the globe is 92.5 million. Among this 92.5 million, EV sales are expected to be around 4 million. With the market share of EVs exceeding 4% in the entire auto market, the year 2019 could signal the coming of a monumental moment in which EVs escape from the early chasm.

What’s growing in tandem with the EV market is the battery industry. In addition to EVs, battery industry is expecting even more significant growth because of their broad applicability: to smartphones, tablets, drones, and robots.

Recently, the top three companies in Korea’s battery market – LG Chem, Samsung SDI, and SK Innovation – are seeing a surge in the number of new contracts from global automakers, reaching 110-trillion KRW last year. Considering the vast scope of semiconductor export, one of Korea’s top products, is about 141-trillion KRW, and it’s reasonable to predict that the battery market could grow to become the next semiconductor industry.

Accordingly, the market for secondary battery worldwide is expected to grow more than 70% this year, from last year’s 120-billion USD to over 200-billion USD.

Dyson, a renowned British innovator with bladeless fans and filterless vacuum, announced its plan to build a production plant in Singapore last October signifying Dyson’s entry into the EV market. The company plans to complete the factory by next year with a massive investment of 2.5 billion British pounds to kick off the production from 2021. Considering Dyson’s ready capacity for innovation, the probability is high for the company to become the gamechanger in the auto market, after Tesla.

Meanwhile, battery companies are anticipating fierce competition for market dominance with investment set at trillions (KRW). In order to curb the market entry of the latecomers, Korean companies such as LG Chem, Samsung SDI, and SK Innovation as well as global companies like China’s CATL, BYD and Japan’s Panasonic are striving to create ‘entry barriers.’ These companies are trying to achieve the economy of scale. Expanding their production capacity is one such measure. 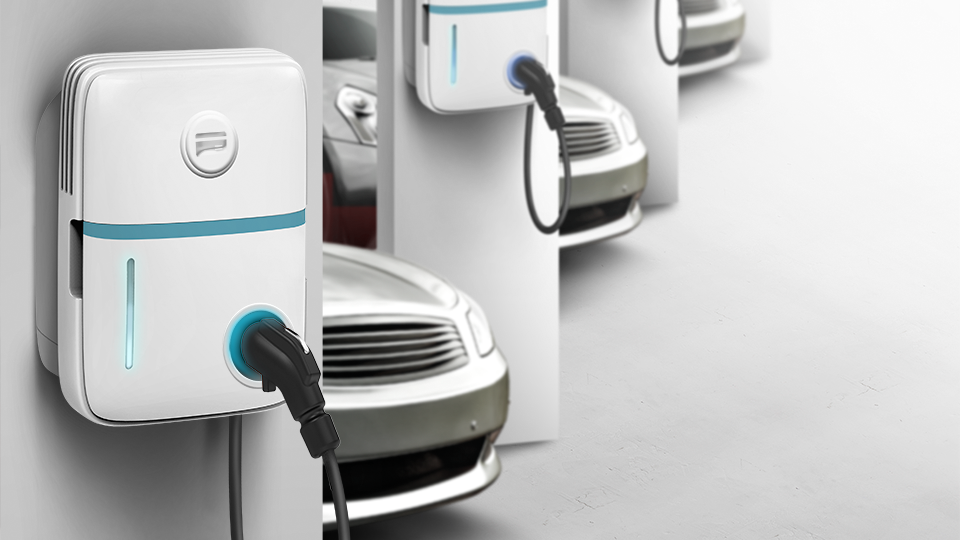 The EV battery market expects an acceleration toward oligopoly. If the current battery makers reach the production capacity of 50GWh and more, an effective entry barrier against the market’s latecomer will have been created.

In the battery industry, it takes startup companies about ten years to enter the market and establish a substantial presence. The battery market is likely to become oligopolistic in the future, an extreme projection being, the top five companies will dominate 80% of the global battery market. 2019 is expected to be the turning point where major battery makers will build Giga-factory, a state-of-the-art production facility with large-scale production GWh-capacity.

With any large-scale investment, a risk is bound to happen. To minimize damages, many global EV companies are applying various hedging strategies through cooperation with related industries and companies.

For example, GM and Honda Motor have formed a comprehensive partnership. Ford and Volkswagen, triggered by the GM-Honda partnership, is pushing for an ‘automobile alliance’ for wide-ranging cooperation in the field of EVs and autonomous vehicles. This year, more global battery makers and automakers are likely to cooperate and seek mutual growth. Panasonic, which has been in a cozy partnership with Tesla, recently agreed to a joint venture with Toyota. LG Chem, SK Innovation and other companies are working together with Volkswagen to build Giga-factories for EV batteries in Europe.

The recent cooperation between Samsung and Hyundai for batteries reflect such a trend that emphasizes the importance of favoring practicality over the blind competition. This year, the partnership for EV batteries market is likely to evolve to the next level.

l Alternative Materials on the Rise

Meanwhile, active discussions are underway on the needs for alternative materials for EV batteries. Development is in place for solid-state battery, an evolved version of currently dominant lithium-ion batteries. Various companies are interested in metal-air batteries and lithium-sulfur batteries to complement or replace lithium-ion.

The debate on hydrogen cars, one of the biggest contenders for EVs when it comes to environmental sustainability, is getting into full swing. As the demand for internal combustion engines is decreasing, automakers are at crossroads: they have a decision to make on resource redistribution. Although EVs have clear advantages in price competitiveness and infrastructure, their disadvantages can also be spelled out: charge time and mileage. Hydrogen cars gain a competitive edge when it comes to charging time and mileage, however, in terms of its price and infrastructure, they are behind.

Given the variety of parts, materials, and infrastructure needed for each vehicle, for automakers, it’s all about weighing out the options. Nonetheless, the issue also has to do with establishing sound ecosystems for each stakeholder as well as building national policy relevant to the industry needs. Recently, hydrogen cars have piqued investor interests in Korea, China, and Japan. However, since EV industry is one step ahead, actively seeking to overcome the disadvantages of EVs by continuously improving the performance of batteries and materials, it looks like the future market for sustainable cars will be built around EVs. At least in Korea, however, the battle is not over. The competition between EVs and hydrogen cars will be the starting point to form a new order in the industry.

Due to the growth of the battery market, the demand for its core materials, cathode and anode materials will continue to expand, reaching 1 million-ton this year – from 780,000 tons last year. 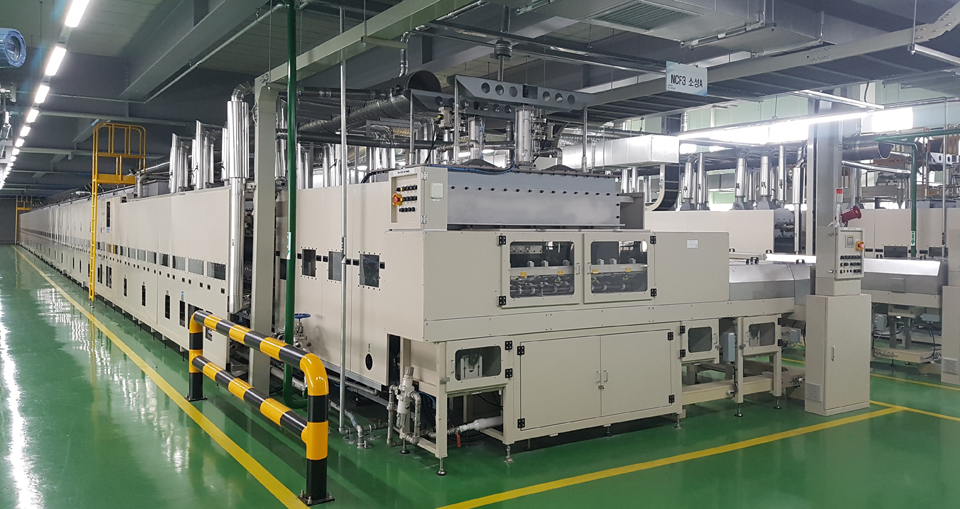 As a result, the secondary battery material, the core new growth business of the POSCO group, has undergone many changes to move on to the next level. Through the merge of POSCO Chemtech and POSCO ESM (to be finalized on April 1, 2019) the company seeks to boost synergy of anode and cathode materials, and pursue large-scale pre-investment for production lines. The production capacity for anode materials is expected to grow to 74,000 tons by 2021 – from 24,000 tons last year. As for cathode materials, the capacity will expand to 62,000 tons by 2022 – from 8,000 tons last year.

With the economic downturn and increasing competition, the mainstream industries in Korea, such as steel, petrochemicals, automobiles, and semiconductors, are likely to face bigger challenges. It is time to accelerate the transformation into new growth industries such as batteries and materials.

In order to stay ahead of the competition while minimizing potential damages in times of rapid changes, it is time to come up with adequate strategies and support systems to fully embrace the inevitable. Furthermore, growth can stagger at any time, and oversupply is always a possibility. Preparing for potential risk must be mandatory, not optional.