5 Tips for Learning a New Language

Pictured here: Man Seok Choi on front right with his colleagues in 2012

We’d like to introduce you to Man Seok Choi who is responsible for POSCO’s business development into Africa. He joined POSCO in October 2012 and currently works within the business strategy department which involves a long-term vision for steel business expansion in Africa and the Middle East. Fluent in Korean, French and English, Man Seok has recently done a lot of work communicating with the Cameroon government for business development. How was it possible for a Korean to get so deeply involved in business growth for Africa?

The life-changing experience in Tunisia

Studying abroad played a significant role in Man Seok’s life. As a young university student, he dreamt of being a CEO, dentist, diplomat or working in an international organization. But as we all know, life does not always go the way we expect it to. He became a French major and through the suggestion of his professor, he applied and went on an exchange program to Tunisia. It is in Tunisia that Man Seok mastered his French speaking skills. Being immersed into French-speaking surroundings helped Man Seok improve his French fairly quickly.

Pictured here: Man Seok during his exchange program in Tunisia

Taking on new challenges in Australia

After finishing the fascinating experience in Tunisia, he returned to Korea briefly before deciding to study English. Through a friend’s recommendation, Man Seok joined a program called WWOOF (Willing Workers On Organic Farm) which is a program operating in Canada, Australia and France where individuals work on farms in return for a place to stay and food. Man Seok chose to move to Australia where he learned English while working on a chili farm.

Upon graduating from university, Man Seok entered an organization belonging to the ‘Ministry of Trade, Industry and Energy’. While working at the organization, his friend who had gone to Cameroon as an interpreter told him about a new job opportunity in Cameroon. There was an engineering company in Cameroon seeking a person who could speak French. Man Seok decided to take advantage of this surprise opportunity. Man Seok set up the regional office in Cameroon and had the opportunity to meet Cameroon’s vice minister, minister of industry and even the prime minister! 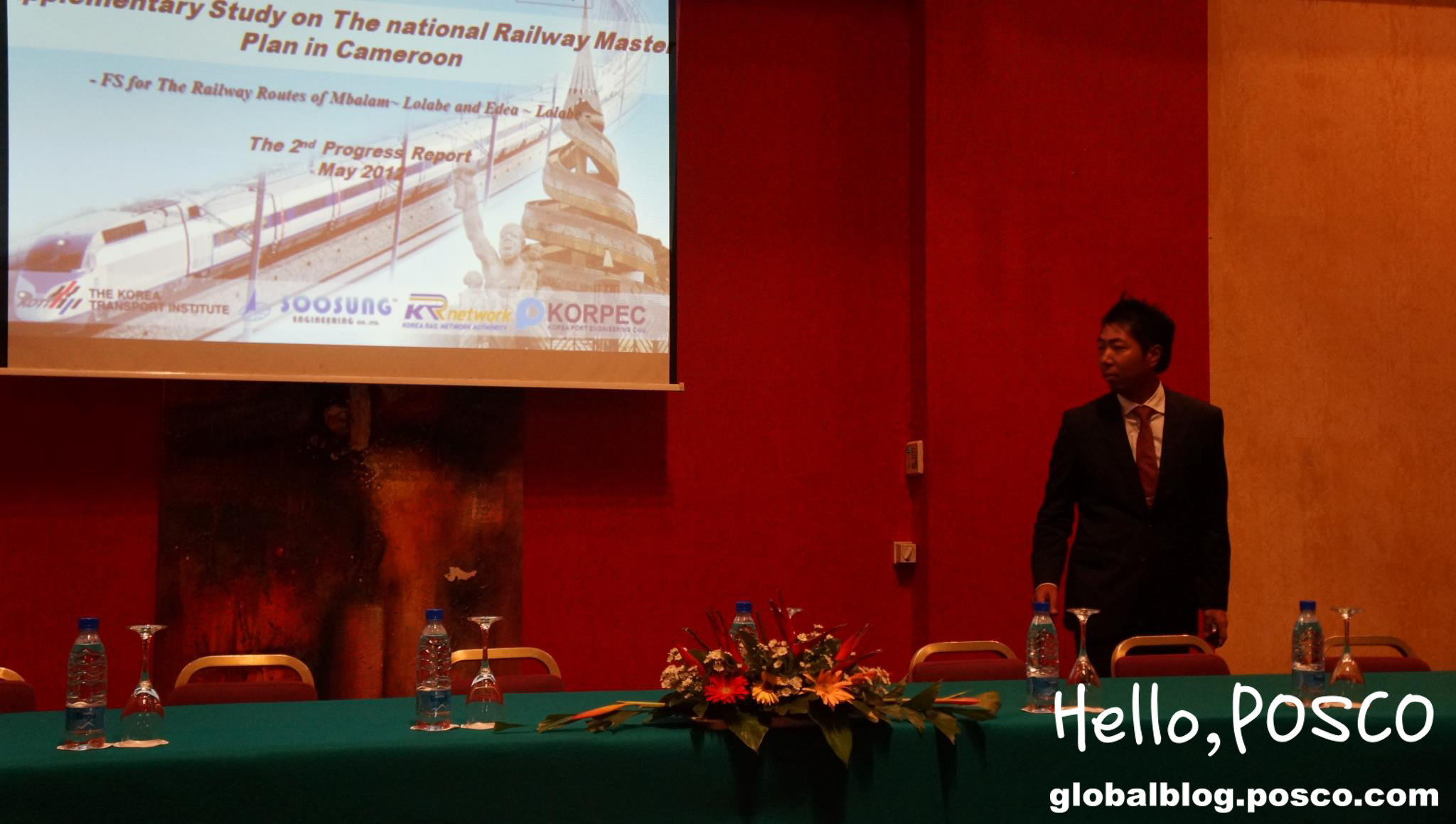 Pictured here: Man Seok after POSCO signed a MOU with the Cameroon government

After living and working in Cameroon for four years, Man Seok joined POSCO to develop business development strategy plans for Africa. Thanks to his trilingual skills, Man Seok was the translator for POSCO CEO Chung Joonyang when he visited Cameroon Prime Minister Philemon Yang in July 2013 to enter into MOUs for cooperation on steel industry development and offshore plant fields. The Cameroon government since 2011 had been requesting support from POSCO to develop and advance the steel industry. Accordingly, POSCO proposed the `Cameroon Steel Industry Development Policy` in 2012 and has been supporting the Cameroon government in steel industry development.

Based on Man Seok’s experiences, here are 5 tips for learning a new language:

1)    Travel and be immersed in the language

If it were not for the trips made to Tunisia, Australia or Cameroon, Man Seok would not have been challenged to learn new languages. By going on exchange programs and overcoming language barriers, one can quickly pick up new languages.

2)    Do not hesitate when you learn a new language

It is important to be modest but one must not be shy to speak new languages! In Cameroon, Man Seok interpreted for the Korean ambassador of Cameroon and consortium with administrators of Cameroon. Speaking with confidence helped Man Seok excel in speaking new languages.

3)    Use body motions to communicate

Sometimes body motions can help with the communication process. Through actions and repetition, others can understand you better and you can speak more fluently as well.

The purpose of learning new languages is to communicate so the best way to learn is through conversation. Wherever Man Seok went, he took advantage of his surroundings and made friends to practice his conversational skills.

5)    Set goals and don’t stop until you achieve them

One of Man Seok’s mottos are ‘Take up challenges without hesitation whenever you have a chance!’ If you confront a challenge or opportunity, you should always take it.