It’s Time to Clean Out the Pipes with Stainless Steel

We rely on water, for everything from hygiene to industry. What the majority of people don’t think about every day is exactly how that water gets delivered, and whether or not the system is working well. In truth, underneath homes and businesses, there are water pipelines that are rapidly reaching the end of their life cycle.

PCCP is common throughout the U.S. They are large in diameter, meaning that when they fail, it can be catastrophic. PCCP failures have ruptured and leaked, cracked and dented, or otherwise ceased to hold up to the high capacity, high-pressure needs they were once installed to meet.

Why are they failing? Generally speaking, PCCP was not held to high standards during 1970s-era installations. The reinforcing wires used within those pipes were not manufactured with enough thickness, ultimately leading to corrosion and brittleness as the pipes reach the earlier-than-expected end of their usefulness. 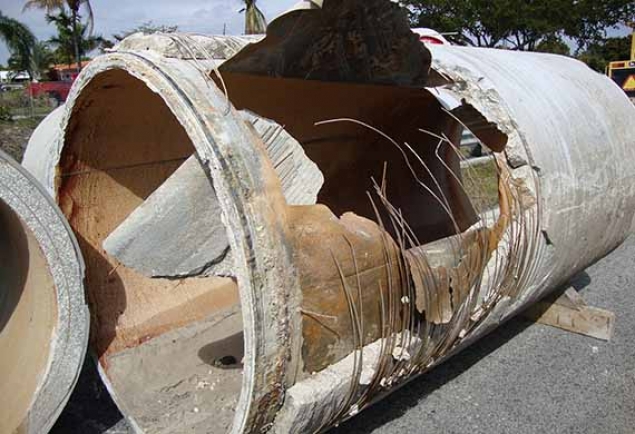 These pipes are failing wherever they are in use – all over the United States and all over the world. Florida and Maryland have been forced to handle catastrophic failures. In California, PCCP in need of repair or replacement cost USD 40 million for 4.5 miles of relining work. The overall cost of fixing pipes underneath southern California is estimated at $2.5 billion.

That’s just a drop in the bucket, looking at the overall cost of repairing or replacing PCCP in the U.S. The U.S. Environmental Protection Agency and American Water Works Association estimate that national replacement and repair work could cost $40 billion.

Governments do not want to make the same mistake again while replacing or repairing water pipelines, and there is a clear need to choose a material that can withstand time, pressure and environmental stresses.

Stainless steel is the material of choice in modern pipe installation and replacement projects.

As an example of how this material can offer great benefits, Tokyo’s Bureau of Waterworks began replacing leaky, old cast iron pipes with stainless steel in the 1980s. The material was chosen because of its strength and its well-known resistance to corrosion. All of the pipes in the water distribution system were replaced with stainless steel by 2012, drastically reducing water loss.

In Taipei, pipes installed before 1979 were mostly made of lead- causing health and safety concerns for Taipei’s citizens. Over 70 percent of existing lead pipes were replaced with stainless steel by the end of 2016, and more replacements are underway.

Why Stainless Steel is Superior

It is clear that PCCP is not an option many would consider, given the huge costs related to replacing it. Even with the vast material options available, there is a clear reason governments and agencies are choosing stainless steel for waterworks systems.

High-density polyethylene (HDPE) is chemically resistant and lightweight, like steel, but can easily be degraded by sunlight. Because waterworks systems need a long lifespan, it does not make sense to choose a material that can be affected so heavily by environmental factors.

Ductile iron is an option, but is generally rejected because it requires more infrastructure to work, owing to its weight and short laying lengths. More and larger support foundations are required to hoist systems made from this heavy material. Ductile iron requires special lining when used in waterworks systems, as it can be affected by iron bacteria and precipitation.

High-grade stainless steel is naturally resistant to corrosion. It offers high strength and pressure resistance. It is a material that maintains resistance to microbes, and can be manufactured to resist heat.

POSCO’s stainless steel, particularly duplex steel, is ideal for waterworks, for all of the above-mentioned reasons. POSCO’s Lean Duplex steel or PossSD features superior anti-corrosion and intergranular corrosion resistance. It is employed regularly for applications such as water pipelines, and sea-water and chemical equipment. Watch the video for more details.

As cities see PCCP and other old pipe systems failing, materials like PossSD will ensure that replacement water pipelines do not suffer the same fate.

When creating new pipelines, and bringing old systems back to life, stainless steel is the best choice. It is lightweight yet strong, resistant to microbes, corrosion and other damage, and it can withstand all the pressures, temperatures and elements that exist within a pipeline system.

As the majority of the world’s pipeline systems have or will be reaching the end of its lifespan, cities will have to plan ahead and incorporate the best possible materials to ensure clean and safe water delivery, as well as to minimize future costs for repairs and replacement. Stainless steel is already relining or replacing outdated pipes all over the world, and will help governments eliminate safety and budget concerns.