Today, the POSCO Newsroom tells a touching story of a very special frame of Korean War veterans presented to their families in commemoration of the veterans at POSCO-America.

Chris Truelove accidentally found a Greybeards magazine that delivers news about Korean War veterans while looking for the things his father left because he missed his father who passed away in December 2019.

The magazine contained an article stating that a Korean company called POSCO visited the graves of Korean War veterans and produced and delivered appreciation plaques to the bereaved families. Upon reading this article, Mr. Truelove was able to find more information by using an internet search to learn more about POSCO, which said that POSCO-America located in Georgia, has been steadily honoring and thanking Korean War veterans for their noble sacrifice since 2019. Mr. Truelove immediately called POSCO to thank them.

During the phone call, he blamed himself, saying, “I knew that my father was a Korean War veteran, but I think I was too indifferent about that fact.” Mr. Truelove continued to talk in a tearful voice, expressed regret, and said, “I think my father would have loved it if he had received POSCO’s appreciation plaque when he was alive.” Upon hearing his heartbreaking story, POSCO-America came up with a plan to make a special frame that is the only one in the world, featuring the Korean War veteran’s life.

In the end, POSCO-America received a photo of the father from Mr. Truelove, made a frame, and delivered a very special gift to him. Mr. Truelove received the frame and responded, “I am very grateful for this glorious gift.”

Mr. Truelove suggested that he would like to present this meaningful gift to other veterans living in the same area and POSCO-America was moved by Mr. Truelove’s great heart to deliver to others the joy his father could not have felt during his lifetime, POSCO-America took pictures of veterans in the area where he lives and donated a frame.

The Korean War Veterans Association, which is located near Mr. Truelove’s residence, had not been able to hold a meeting since the association’s president passed away a few years ago. Thanks to the special time prepared by POSCO, they spent time looking at each other and happily sharing their updates for the first time in a long time. POSCO also gave a frame of the president’s photo in his lifetime and the wife of the president, who missed her deceased husband cried as she remembered the day she took a picture of her husband smiling brightly in the frame.

POSCO-America selected 100 Korean War veterans, mainly from Georgia, Alabama, Washington D.C., and New York, where their offices are located, and produced additional frames. Most of them were veterans over the age of ninety, so there were many difficulties in delivering the frames but POSCO-America continued the precious meeting by visiting each veteran in person and taking pictures one by one.

Salvatore Scarlato, president of the Korean War Veterans Association in New York, was very impressed that POSCO, a Korean company, promoted this special meeting to commemorate them for their hard work even after 72 years of the Korean War. “The U.S. fought a total of 12 wars, and 8 of them have served for other countries, but Korea is the only country still expressing gratitude,” he praised.

In another area, Alabama, unfortunate news was delivered that Carl Cooper, a 101 years old reserve colonel, passed away two weeks before the donation ceremony while the frame was being made. The news was heard through Carl Cooper’s nephew, Danny Cooper, “My uncle had high expectations for the donation ceremony to the extent that he put on his uniform again and took a picture when he heard that the frame will be made to remember him,” he said, sharing his sadness. Danny Cooper, who received the frame on behalf of his uncle, expressed his gratitude to POSCO, saying that he would like to include photos and information related to the donation ceremony in his uncle’s autobiography.

A meaningful time was also prepared for the veterans at the Fisher House (located in Augusta, GA), which has a close relationship with POSCO-America. In 2020, during the early stages of the spread of COVID-19, POSCO-America tried to hold a donation ceremony at the Veterans Affair Medical Center but encountered difficulties because visits were prohibited. To solve this problem, POSCO-America prepared a video visit system and held a non-face-to-face donation ceremony, and until now, it is still being used as a useful link for family members who have not been able to keep their deathbed due to the prohibition of visits at the Veterans Affair Medical Center.

In addition, after POSCO-America contacted ‘Burley Smith’ and ‘Merl Smith’, who were the only surviving crew members of the ‘SS Meredith Victory’ of the Heungnam evacuation, POSCO-America could meet Burley Smith and his wife Barbara Hacker and heard in detail the miraculous operation they carried out for the refugees after overcoming the harsh cold at the time.

Mr. Smith said, “We were able to successfully complete the operation thanks to the Koreans who did not lose hope and kept order calmly hope in the tragic Korean War.” He continued, “It was a pleasant time for me to continue my precious relationship with Korea through this meeting with POSCO.”

The touching journey that POSCO-America began with a man’s phone call has made it possible to establish a strong bond with the veterans and their bereaved families. POSCO hopes that the picture frame of the veterans will be remembered for a lifetime as an unforgettable memory for the family who will miss them. 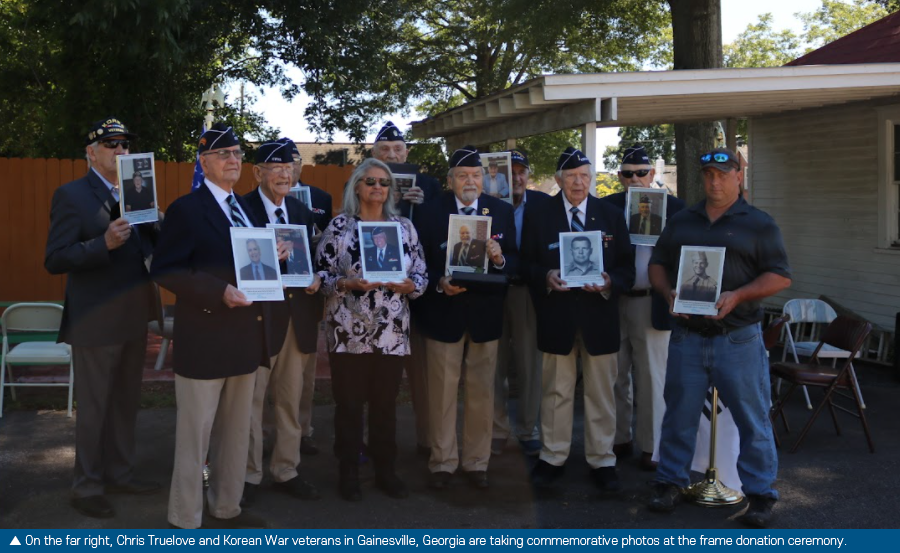 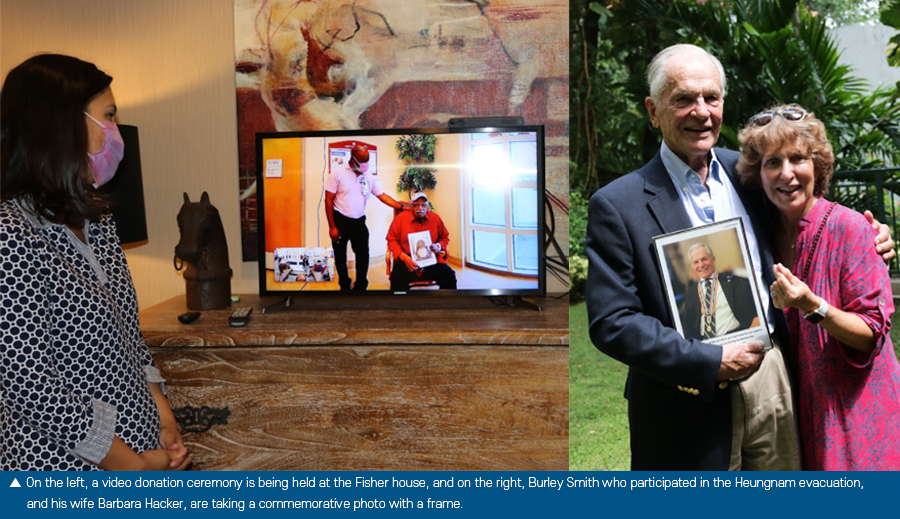 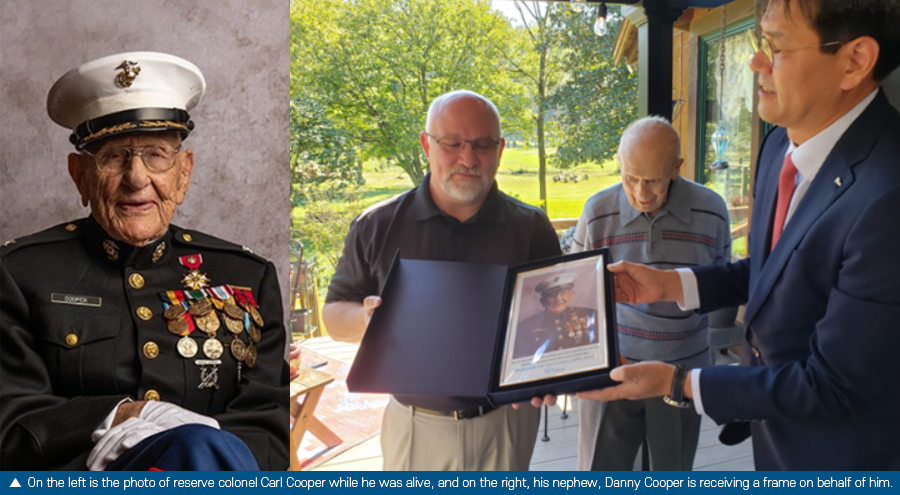