As we all know, PZSS(POSCO Zhangjiagang Stainless Steel) was the first whole processing steel making factory in the POSCO Group that established the model of global POSCO abroad. Meanwhile, PZSS has had a similar success story as the headquarters. There were almost no STS mills in China, no technology, no equipment, and no engineers. POSCO built and opened up the STS mill market in China and has led the development of high quality and high technology until now. POSCO created a success story and will go on to be a centennial company.

We have been committed to develop communication between Korean leaders and local employees from the start of PZSS. The most important tool is language. Learning a foreign language not only benefits communication between each other, but also the understanding of both. We tried various ways to improve interest in learning. Hiring Korean teachers to teach, organizing Korean study groups, holding Korean song competitions etc. The enthusiasm for language learning was high and remained so, and also became a tradition in organization culture.

With the rapid growth of company, the number of employees increased. To inherit the culture and go together in the same direction, communication should be enhanced. On the other hand, we needed more POSCO global leaders to take responsibility for business management, and localization cannot but be vital in this period.

Following the change of society developing and considering the new generation, learning styles should be changed. 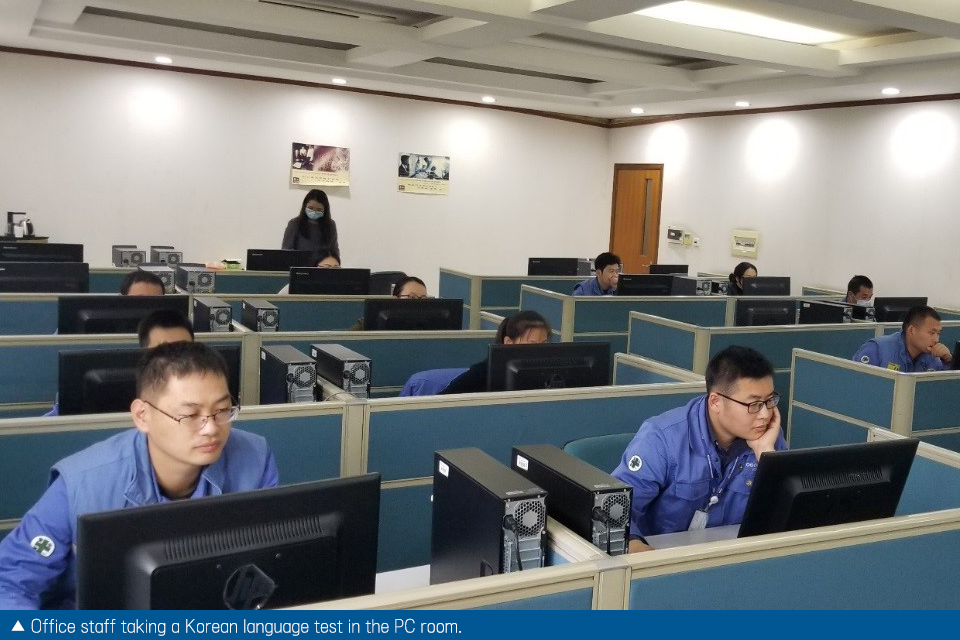 Firstly, we developed the PZSS Korean language test system by ourselves. For self-development and to grow as an elite staff as a member of the POSCO Group, the need to learn the Korean language is obvious. It is not only a method of working, but also helps to understand Korean culture. Another thought is to supply a convenient way for employees who wanted to take part in a Korean language test. Is it possible to develop an internal test system to test ourselves? What we did have were dozens of exam papers from past years downloaded from the internet. If we can randomly combine all the questions in a new paper, their Korean language level can be tested.

After communicating with the IT department, a new system to develop PJT began. A training group collected as many exam papers as possible, and converted and input all the questions in an editable mode. IT group wrote programs and made phrased tested. We set up three easy/middle/difficult question pools, and when you start the test, the system automatically selects questions from each pool in a certain proportion so that the level of each paper is similar.

There were some unexpected situations, such as having no record when papers were provided together, but after all efforts, the internal test system officially went online. After doing the first test, some colleagues said it was more difficult than an outside test, and some said that the question font color was unclear. Of course we will keep the difficulty, but the font color will change to be more warm and clear. Actually, nothing is a problem when you try. This system has been used in an annual promotion program, and in particular played a very important role during the COVID-19 period. 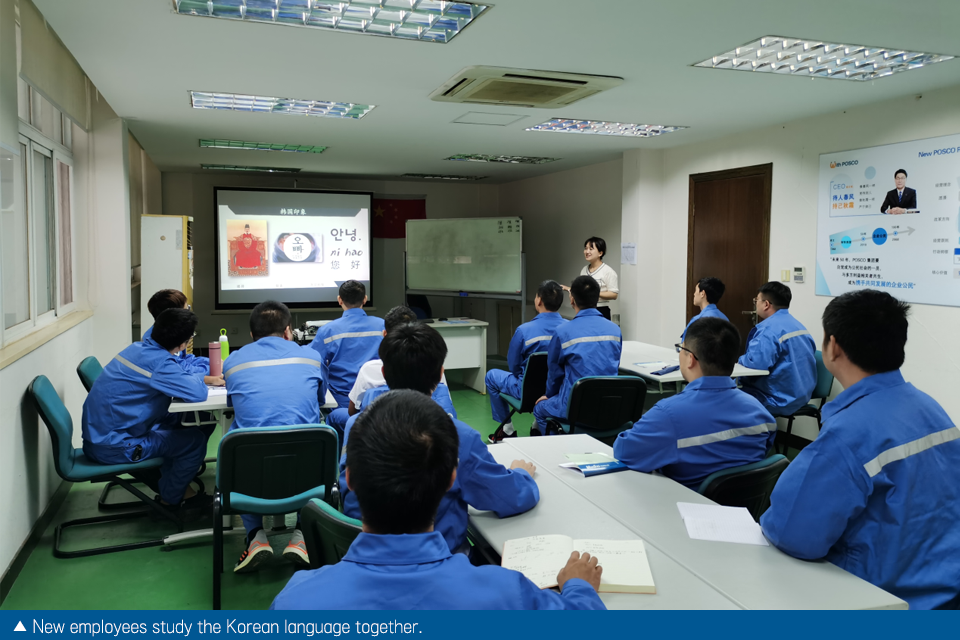 Secondly, for localization, we set the Korean middle level as the necessary promotion condition for Chinese group leaders, since group leaders are responsible for plan execution and play the role of a bridge between superiors and subordinates. They have many opportunities to meet with Korean staff or headquarters leaders, so it is necessary for them to have basic listening and speaking ability. If they fail to pass the middle level of Korean, the promotion will be delayed or cancelled. Due to busy routine work, some leaders couldn’t join the after-lunch class on time, so to not fail the test, they found private teachers to study after work. It seems that promotion is the strongest motivation for learning Korean. 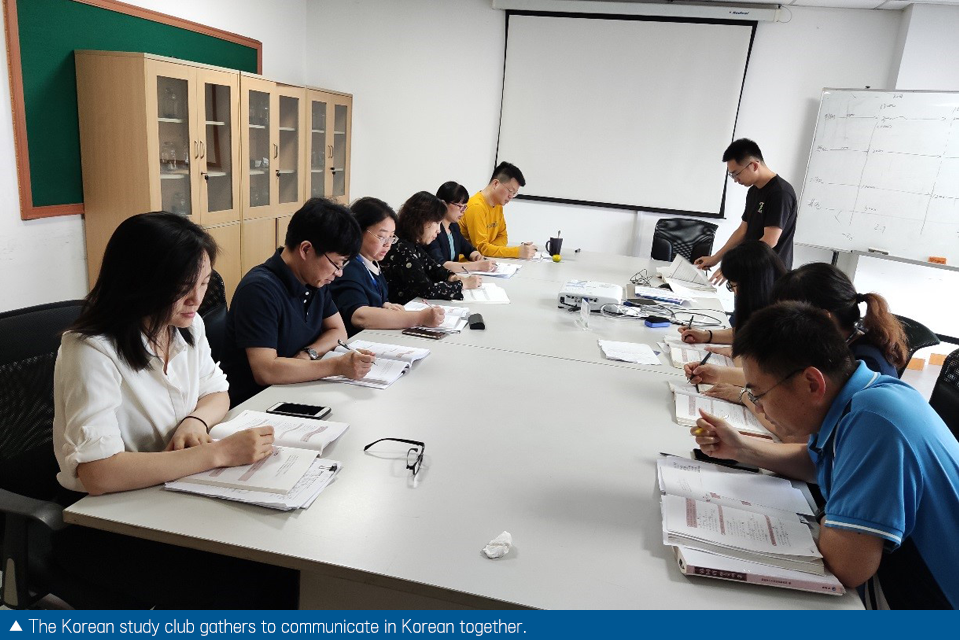 Thirdly, a Korean study club continued to be operated by the establishment. Recently, Administration Vice President Park Jung-kun joined this club as a host, and all the members studied very hard. It felt really different when they practiced with only Korean required in the Wechat group. One day a member asked to leave and wrote a sentence in the chat group, but no one understood. One member sent him a private message to ask the meaning, then found he used the wrong grammar. A foreign language is learned only through constant practice.

To intensify the communication culture for all employees, a training group put a pronunciation lecture on the PZSS website and Wechat public account. Even shift workers can learn Korean whenever and wherever they want.

Although we developed a test system and supplied various ways to learn the Korean language, the most important way for communication is sharing feelings. How about developing another emotional test system？ It sounds funny and significant!

With COVID-19 sweeping the world, we can’t travel freely. We hope it will end soon and POSCO’s global employees can go Korea to experience the native culture.