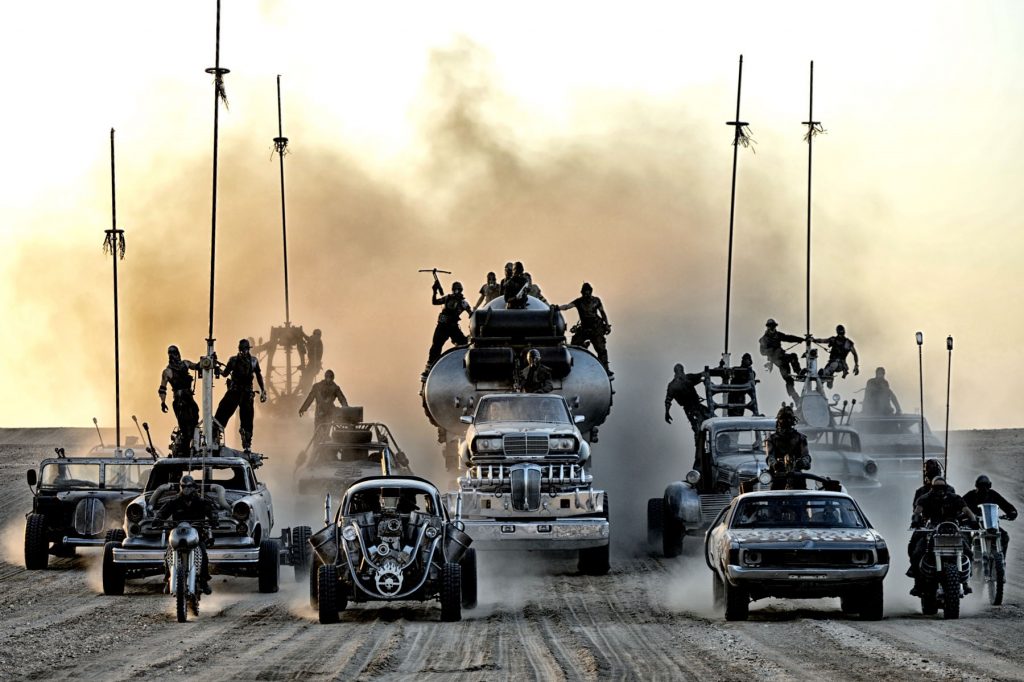 Following female warrior Imperator Furiosa (Charlize Theron) and her ally Max Rockatansky (Tom Hardy) as they attempt to outrun the ruthless warlord Immortan Joe and his henchmen in a brutal landscape maimed by manmade climate change, Mad Max: Fury Road has been described as one of the best action movies of the decade. What’s more, where other action films of today rely heavily on computer-generated effects, Mad Max uses real humans, jaw-dropping stunts and a whole lot of steel to captivate audiences.

It is perhaps the latter element that is the most essential in this epic car chase of a movie. The film’s footage embellishes an exceedingly creative procession of real steel automobiles tearing through the desert at rip-roaring speeds, symbols of power and objects of worship in a desperate time when even humans have been reduced to commodities valued only for their utility. (Source: Warner Bros. via http://bit.ly/1JhMUa0) 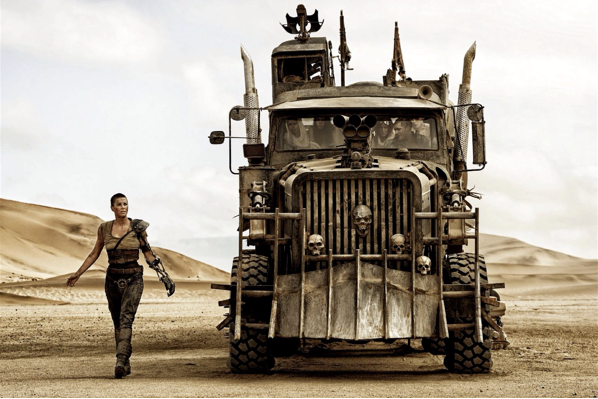 Because the vehicles play such an important role in Mad Max, their designs were not taken lightly. Envisioned by production designer Colin Gibson, under the direction of George Miller, one of the film industry’s most innovative visionaries, the creation of the movie’s iconic automobiles began in 2003, when the project was slated to be filmed in South Africa.

Considering the setting of the movie—a post-apocalyptic wasteland—Gibson built the cars by repurposing found objects, the way that they would most likely be built after the collapse of civilization. He spent years scouring the junk yards of Australia and Nambia, searching for vintage pieces and parts that possessed the same personality attributes of the characters that would be driving the titanic vehicles.

The automobiles were built in a workshop next to the art department and set decoration so that a team of creatives, artists, mechanics and even a steel department could easily collaborate and collectively bring them to life. In the end, 88 cars were used in the movie, but 150 were made in total. Of these, half were blown up, flipped or split in half during filming. (Source: Warner Bros. via http://bit.ly/1Ll2Sjk)

Putting the Pieces Together 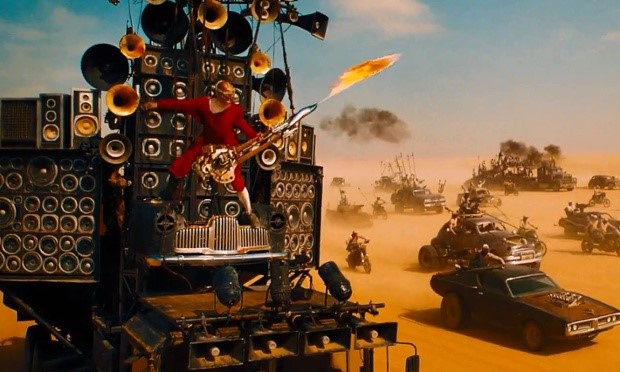 Despite the large number of vehicles created, careful attention was paid and much consideration was given to each model. For example, for the War Rig, the most important and central vehicle of the bunch, Gibson generated 41 drawings of the colossal truck, working alongside Mark Gatt, Steel Department Supervisor. The steelwork required fabricating, rolling, welding and cutting to modify and build the beast, which incorporated spikes, vents and lighting panels in its inventive design.

The Doof Wagon, which leads Immortan Joe’s troops to battle, and transports the Doof Warrior, a flame throwing guitarist, and his band of drummers, steals the show. The vehicle, seemingly straight out of a heavy metal concert, was constructed from a stripped down eight-wheel-drive rocket launcher truck, and utilizes a supercharged V8 engine, a wall of speakers and steel air-conditioning ducts from the insides of a number of large buildings as drums. (Source: Warner Bros. via http://bit.ly/1CrGLjO ) 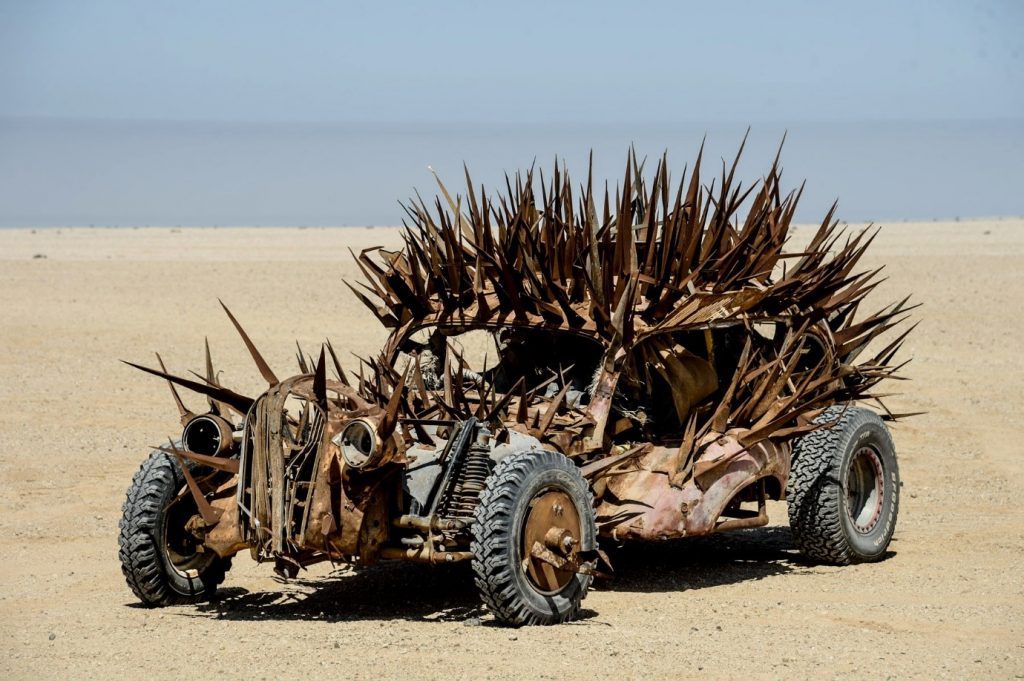 Yet the most terrifying looking vehicles of Mad Max belong to the Buzzards, a scrap merchant tribe that seeks to consume the remains of the old world, and are encapsulated in a rusty shell of metal spikes. One of these vehicles, the Buzzard Excavator is a MAN 6×6 tractor covered in 1,757 steel spikes hand-fabricated from old car panels. Coincidentally, this just so happens to be the same number of quills on the Australian anteater, an animal native to the area where the movie was shot.

As simple and as fundamental as steel is, it’s certain that Mad Max: Fury Road would not be the cinematic masterpiece it is without the metal. Furthermore, the film’s impressive cars are also a testament to the power and importance of steel in a time when nothing else exists. And while Earth may not experience an apocalypse anytime soon, in the case that one does happen, we can rest assured knowing steel will still be as reliable as ever. (Source: Warner Bros. via http://bloom.bg/1zXlvqD )