The Reason Why POSCO Invested in an Australian Iron Ore Project

Despite lacking in natural resources, the Republic of Korea has achieved striking accomplishments — referred to as the miracle of the Han River — with its excellent human resources. And one scarce natural resource is “iron ore”.

The cost of raw materials accounts for about two-thirds of the total steel manufacturing costs. This is why the operating profits of global steelmakers rise and fall sharply whenever the prices of iron ore fluctuate. Lately, the prices of iron ore hit 130 USD per ton for the first time in six years due to supply issues triggered by COVID-19 and strong demand from China. If this trend continues, it will negatively affect the profitability of steelmakers, and that is why global steel companies are trying their best to secure the stable supply of raw materials.

Supply from four major companies, Brazil’s Vale, Australia’s Rio Tinto, BHP, and FMG, constitute more than 70% of the global seaborne iron ore trade — another reason why securing raw materials is crucial. If any one of the four companies experiences production issues, the price of iron ore is bound to be affected. This was clearly demonstrated when the tailing dam at the Vale’s Corrego do Feijao mine in Brazil collapsed last year. Since the accident occurred in January, the price of iron ore has nearly doubled in half a year.

Given the circumstances, it is natural for steelmakers to take an interest in raw material projects since it can reduce their dependence on the existing major raw material companies, provide a stable supply of iron ore, and also secure profitability through the investment.

However, investing in an overseas raw material project isn’t an easy task. Developing a new iron ore mine usually requires a massive investment of 10 trillion KRW or more, so there are barely any investment opportunities. Also, the iron ore market is an oligopolistic market composed of four major players hence chances of participating in new iron ore development projects are quite limited.

It was certainly not an easy task, but neither was it an impossible one. So, in 2010, POSCO decided to invest in Hancock’s Roy Hill iron ore mining project. 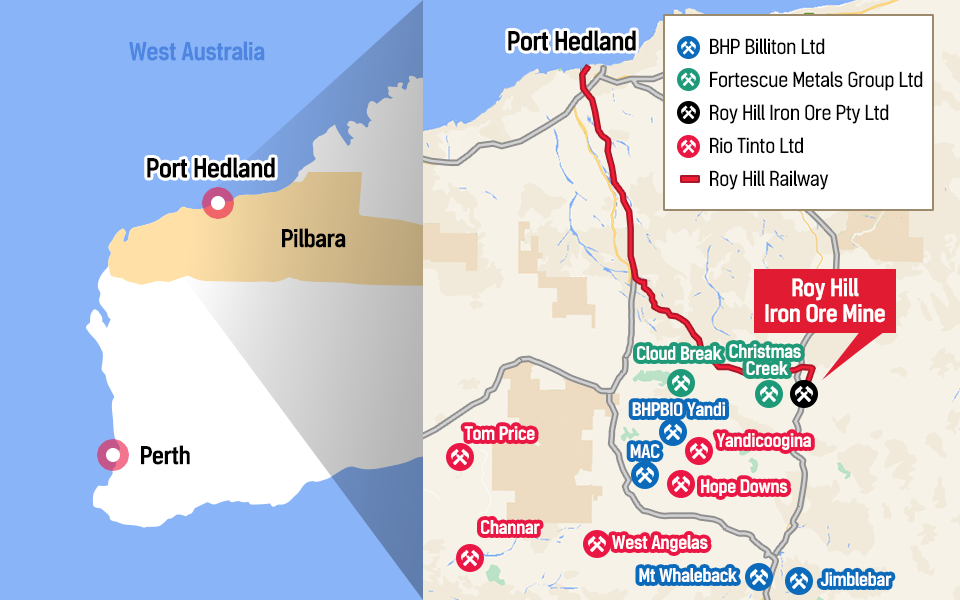 Roy Hill iron ore mine, located in Pilbara, 1,100 kilometers from Perth, Western Australia, is the largest single mine in Australia, with iron ore reserves amounting to 2.3 billion tons. The Roy Hill consortium was formed in 2012 by Australia’s Hancock (70%), POSCO (12.5%), Marubeni Corp. (15%), and China Steel (2.5%). Its construction was completed in October 2015, and production began in November the same year. In 2018, Roy Hill achieved ramp-up production of 55 million tons per annum and since then has grown into the world’s fifth largest iron ore company. Currently, the iron ore from Roy Hill is shipped to many countries around the world, including South Korea, China, Japan, and Taiwan. 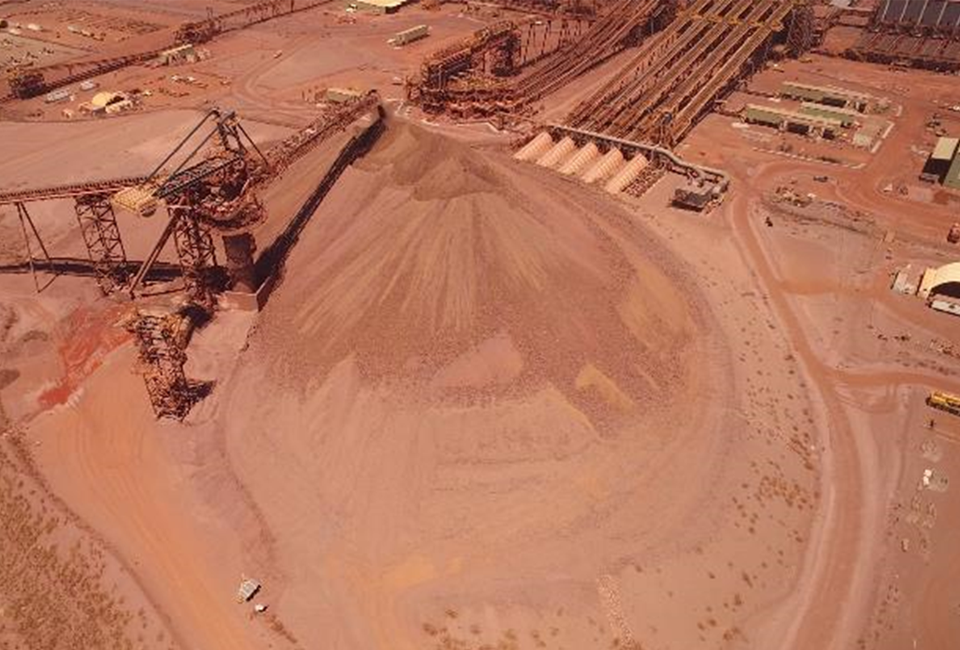 ▲ Iron ore laid out in Roy Hill mine, Pilbara, Australia

Roy Hill iron ore was first shipped to Pohang Works in December 2015. Currently, POSCO has been securing 15 million tons of iron ores amounting to one-fourth of the annual consumption. This month, the board of Roy Hill Holdings decided to pay out its first dividends based on the company’s improved financial soundness and solid profits. The total dividends reach 475 million AUD (around 403.6 billion KRW), and since POSCO holds 12.5 percent of the total share, it will be receiving 50 billion KRW within this year. 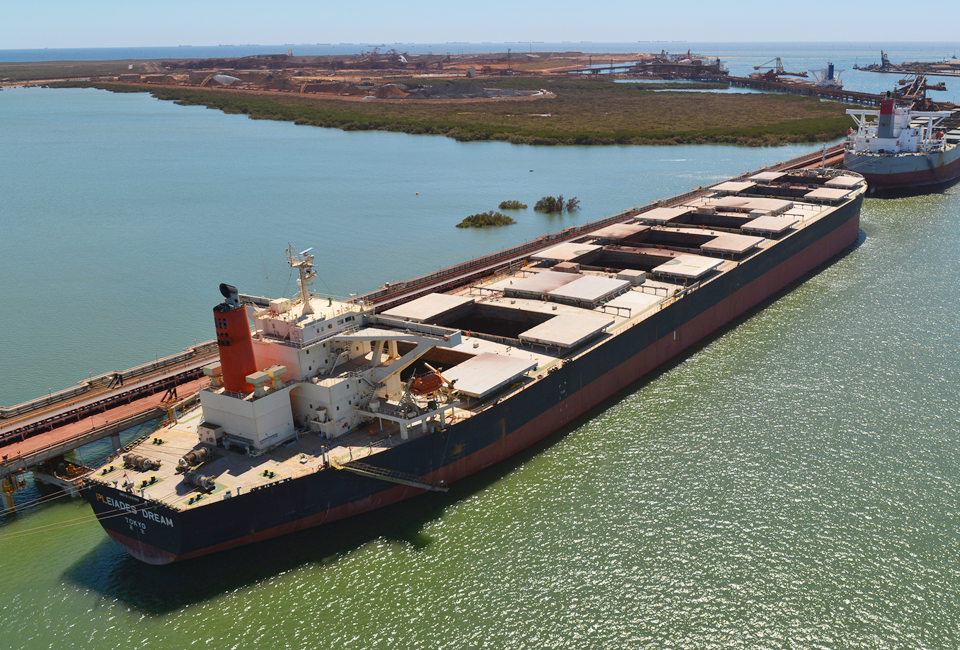 ▲ A ship loaded with Roy Hill iron ore is getting ready to set sail at Port Hedland, Western Australia

Investing in the Roy Hill iron ore project was the largest investment for POSCO in its history of raw materials investment. The initial decision wasn’t easy, but the driving force behind the decision-making process was the outstanding operational excellence of Pohang Works and Gwangyang Works to make high-quality products. The composition and quality of iron ore vary depending on the producing area, so exceptional operational techniques are essential in manufacturing the desired quality products and proving the usability of the new iron ore.

As shown in the case of ArcelorMittal in 2019 when the mining division generated one-third of the company’s total EBITDA (operating profit before deducting corporate taxes, interest, and depreciation), it is very important for steelmakers to purchase economic raw materials and secure stable sources. POSCO may need to continue to strengthen its investment in raw materials in the long run to enhance competitiveness.

Mr. Kwon is an expert on the raw materials and has participated in eight new mine investment projects since joining the company in 2000, including the PosMAC iron ore project in Australia. 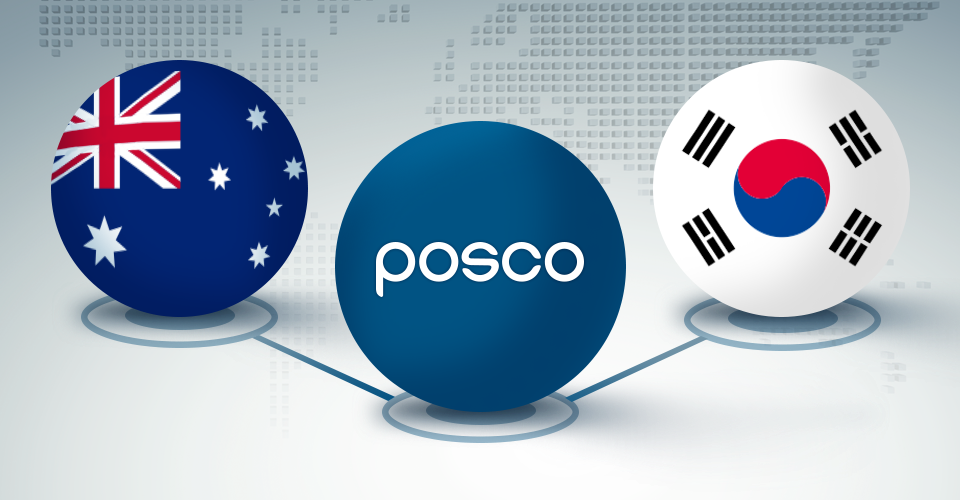 The answer is ‘Yes’. POSCO imports more than 5 trillion KRW of raw materials, such as iron ore, coal, and nickel from Australia every year. The relationship between the two countries started when Australia participated in the Korean War in 1950. In 1962, the Republic of Korea and Australia established official diplomatic ties, and since then, both countries have maintained friendly relationships in politics and diplomacy for the past 60 years. In terms of trade and investment, Australia is Korea’s sixth-largest trading partner and is the nation where its largest investment in resources and energy is made. Whereas Korea is Australia’s fourth-largest trading partner.

Plus, the photo that POSCO brought showed only a single sign standing in a vast wilderness. 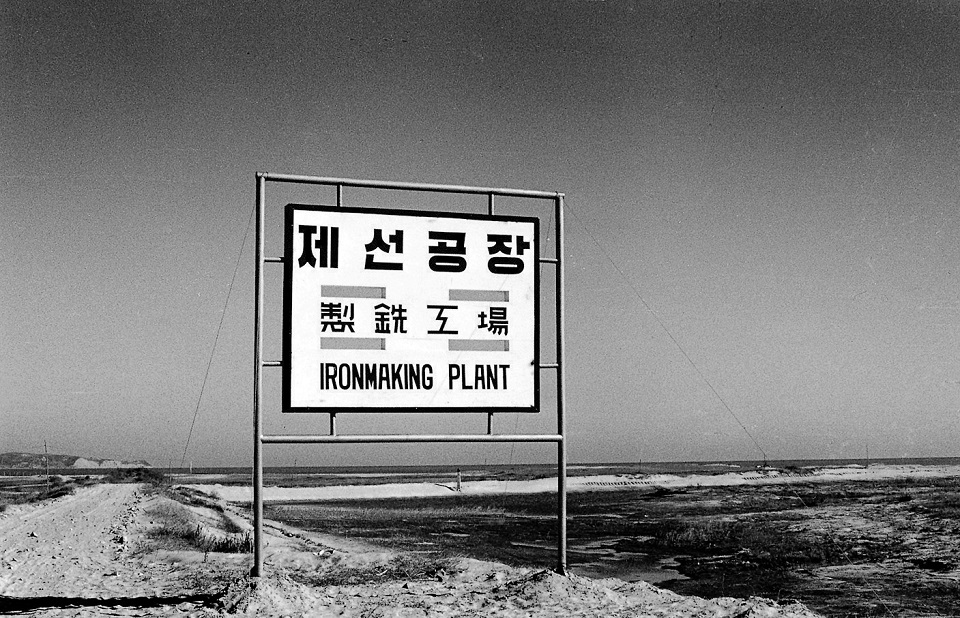 “How can we believe you? Since World War II, not a single new steelworks has carried out the contract as it is.”

Although the response from raw material companies wasn’t favorable, POSCO didn’t give up. It kept persuading the Australian Coal Mining Association in cooperation with the Australian Embassy in Korea and continued to show POSCO’s efforts and commitment together with the Korean Embassy in Sydney. Finally, POSCO succeeded in signing a long-term contract in 1971. Two years later, on June 9 1973, POSCO produced its first molten iron from the blast furnace no.1 at Pohang Works.