The Basic Industry Growing Together with POSCO’s Smart Support

l POSCO supports SMEs with smartization consulting and service to build a Smart Factory
l Since 2013, the support amounts to a total of 22.8 billion KRW, benefiting 1,904 companies including 109 companies of the basic industry
l Improvement in productivity, product quality, and organizational culture

POSCO has been carrying out its own specialized smartization support program since 2013. As of last year, 109 companies in the basic industry have received various supports from POSCO, including QSS consulting and Smart Factory building.

The basic industry produces materials through ‘process technology,’ including casting, molding, welding, surface treatment, heat treatment, etc. The resulting materials are supplied to other industries. For example, molding enables mass production of automobiles, and welding makes possible the construction of a large vessel with numerous steel plates. Therefore, the basic industry is called the basis of competitiveness in the manufacturing industry. However, it has not received much attention from the public, which has resulted in a reduction of skilled workers and various supports.

To help SMEs overcome their difficulties and technological challenges, POSCO has been carrying out programs to enhance their competence through smartization and building a Smart Factory. The programs are based on POSCO’s unique Quick Six Sigma (QSS) Innovation.

The smartization support was provided according to the most required area of each company. Some of the support included establishing a monitoring system for helium usage in a welding line, a power consumption management system, and a material purchase & delivery system. The companies reported that they have benefited from the support as cost reduced and productivity enhanced subsequently.

For the mold sector, smartization support included establishing monitoring and data simulation systems for the continuous processing facilities that are essential for mold manufacturing. As a result, 14 small mold companies that received support service to build a Smart Factory last year saw a productivity rise of 34.1 percent on average with costs reduced by 24.2 percent. The product quality and delivery were improved as well. 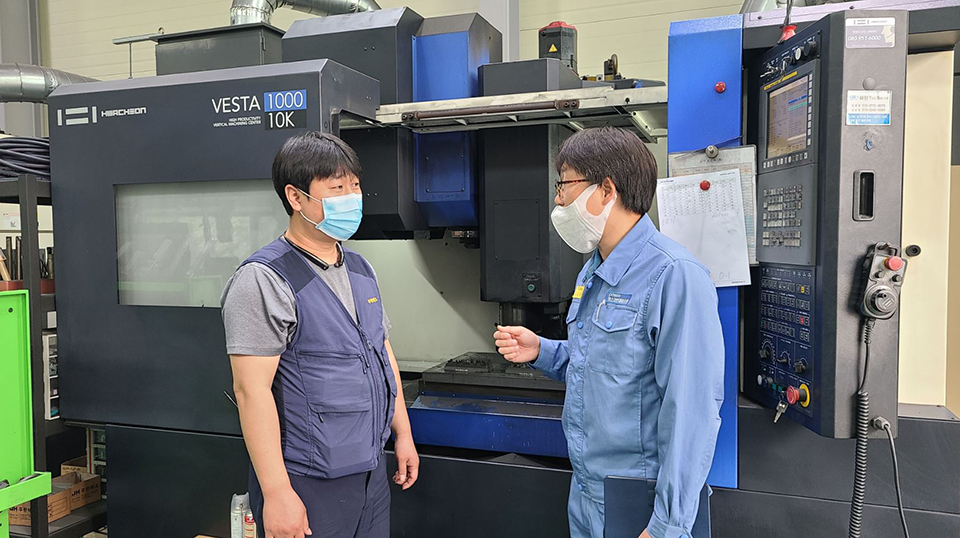 Joo Han Tech was one of the companies to receive smartization support. Jun-Young Maeng, CEO of Joo Han Tech, said, “With the Smart Factory, productivity has been enhanced as well as work efficiency. As employees began to communicate with each other more freely, the work environment has also been improved.”

From 2013 to last year, POSCO has contributed 22.8 billion KRW to build smart factories and innovate production sites in 1,094 SMEs, including 109 basic industry companies.

POSCO also signed an agreement to support the building of smart factories in SMEs with Pohang city on June 2. The company plans to examine SMEs’ smartization level and provide technological mentoring.

POSCO is to pursue various shared growth activities under the title, “Change Up Together!” and realize its corporate philosophy, “With POSCO.”