How Tech Giants like Google and Amazon are Fueling Data Centers

Starting in 2014, companies from around the world joined a global initiative called RE100, and pledged to power 100 percent of their operations with renewable energy. The private sector accounts for over half of the entire electricity consumption of the world, so it’s no longer enough to rely on government policies for real, sustainable change. That’s why hundreds of companies are joining the initiative and taking the reins to drive toward a low-carbon, sustainable future.

They also have every incentive to do so. From 2010 to 2016, the price of wind and solar energy dropped by 60 and 80 percent, respectively. With the global demand for energy projected to rise 30 percent by 2040, green energy producers and related manufacturers will see an increase in business activity, including the steel industry. Steel is used to produce every single type of renewable energy, and demand for high-quality steel is looking to increase.

At the end of 2017, Google purchased 3 gigawatts of renewable energy, enough to power all of its 15 data centers and offices around the world for an entire year. Google started purchasing wind power from a farm in Iowa back in 2010. Today, Google purchases most of its renewable energy from wind and solar energy farms in South Dakota, Oklahoma and Iowa. 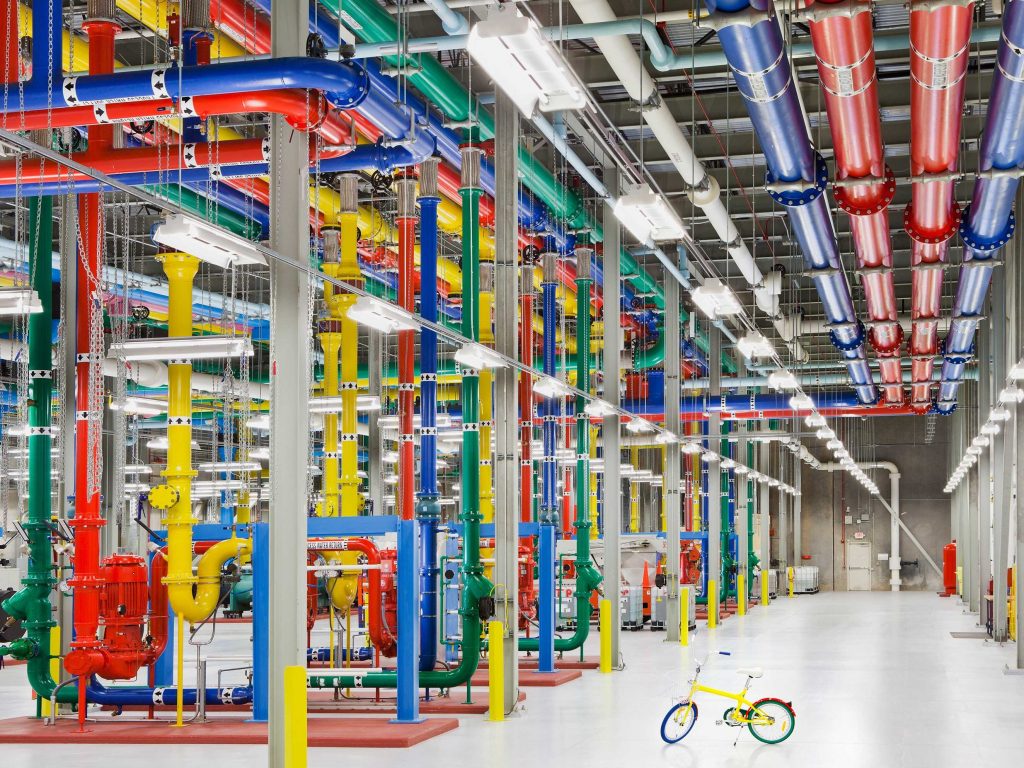 What’s significant about Google’s renewable energy consumption is that even if it does not use up all of the energy for its own operations, the company sells it back into the market in regions where they operate. Then, they retire their Renewable Energy Certificates (RECs), meaning it is no longer re-usable or re-issuable. In doing so, it removes energy supplies from the market and forces producers to keep generating new renewable energy supplies, instead of trading existing RECs. Google is fully backing the renewable energy industry, creating more business for generators and materials suppliers such as steel.

With the rapid growth of internet-based services, data centers are also increasing, engulfing extensive amounts of energy. Data centers already account for 3 percent of the world’s entire electricity consumption, and 2 percent of total greenhouse gas emissions, equivalent to that of the airline industry. It’s a relief that companies like Google, with a growing reliance on data centers, are finding sustainable ways to fuel their business, and other companies are following suit. 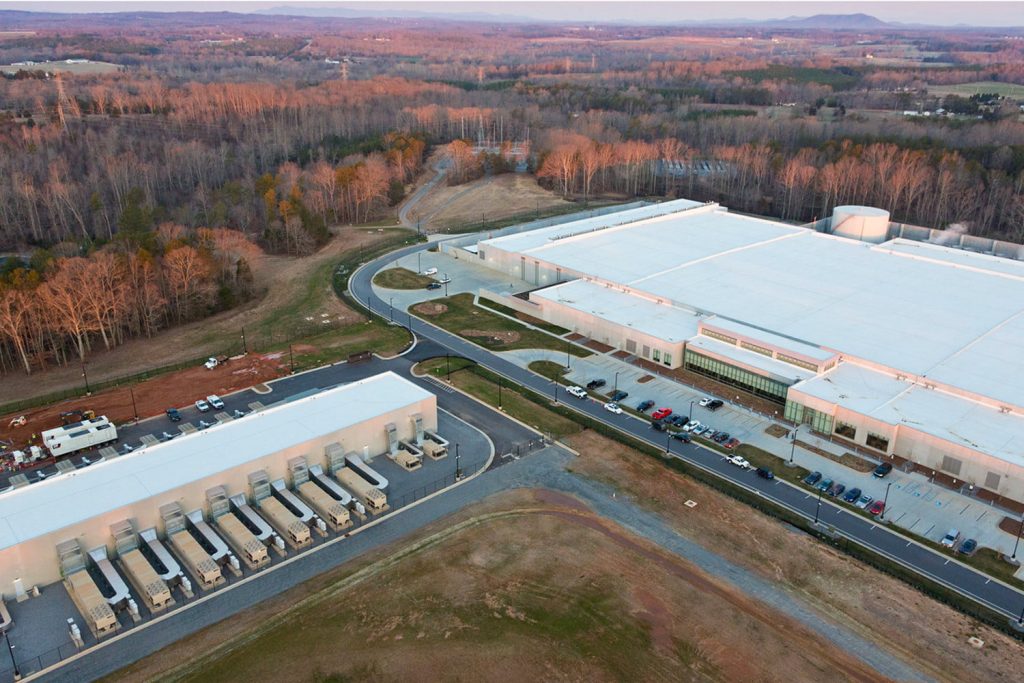 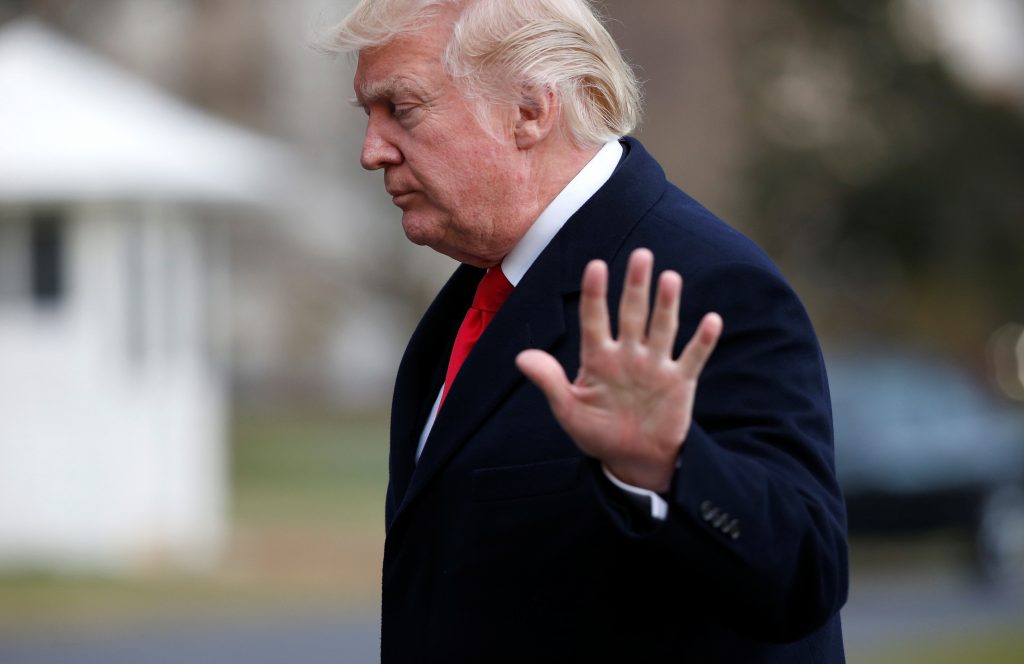 In 2017, President Trump shocked the world by withdrawing the U.S. from the Paris climate agreement. (Source: Fortune)

Because Apple’s business also includes manufacturers who do not follow the same sustainable practices, Apple’s next challenge is to filter through their suppliers and select those that are committed to powering their operations with renewable energy. So far, 8 major suppliers have come on board.

Microsoft’s global operations have been fully powered by renewable energy since 2014. This includes manufacturing, licensing and logistics. All of its data centers are 100 percent carbon neutral, but Microsoft is planning a slow but sure transition towards renewable energy. As of now, about 44 percent of the electricity that powers Microsoft data centers come from wind, solar and hydropower, and their first target is to reach 50 percent by the end of this year. They have also stated they will strive for 60 percent in the next 10 years. 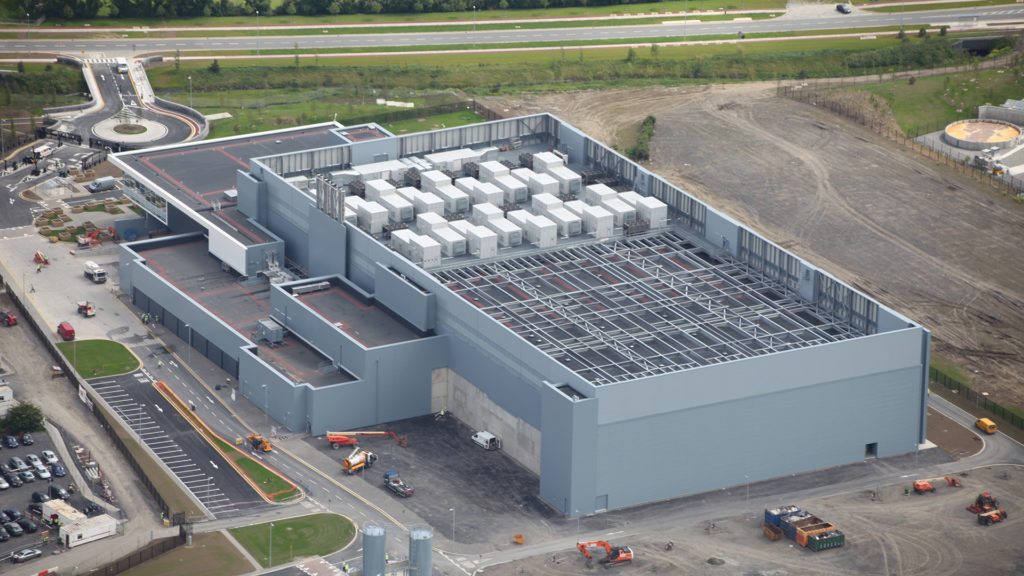 Microsoft is building new data centers all over the world, including the UK (pictured), and plans to run them on green energy. (Source: WindowsAble)

Just like Microsoft, Facebook looks to power 50 percent of all its data centers with renewable energy by the end of this year after successfully reaching its 25 percent target back in 2015. Facebook has a large presence all over the globe, and already, their data centers inLuleå, Sweden, Altoona, Iowa, Fort Worth, Texas and their Menlo Park headquarters are running on 100 percent green energy. Moreover, Facebook plans to power their newest data centers to be built in Ireland, Denmark, New Mexico, Nebraska, Ohio and Virginia with renewable energy. 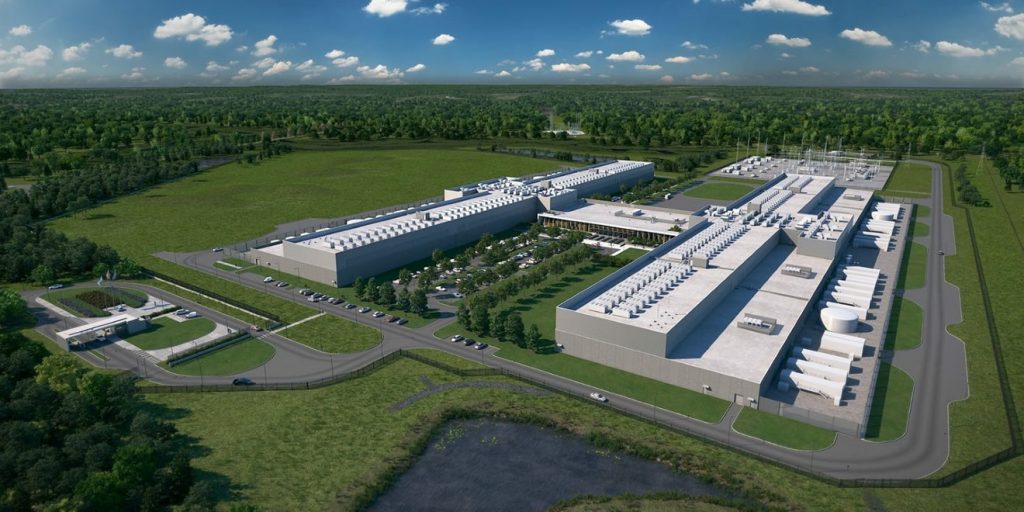 The largest and most influential corporations in the world that operate the ever-growing, energy-extensive data centers are making the switch to green energy. Their changing business practices will further boost the renewable energy industry, create new jobs and open new business opportunities for the steel industry. As steel plays a vital role in supplying parts for renewable energy infrastructure, high-quality steel solutions will be in increasingly high demand.