Steel Wonders of the World: The Great Ship

Last month, we brought you the rich history of steel and how it influenced the growth of societies. It is clear that steel accelerated the Industrial Revolution, giving birth to urbanization and globalizing economies. The modern world we know would not be possible without the mass production of steel.
As steel production helped modernize the world, civilizations evolved faster than ever before. Steel structures began spanning oceans, bridging continents and spreading the ideas of man. Some of the first applications of steel were made in agriculture, replacing wood tools with more durable iron. Then came the steam engine, the primary driving force for the Industrial Revolution. Steam engines facilitated mass production, and were only made possible with high-quality, low-cost steel. Since, steel has transformed the way the world moves, from railroads to ships, from automobiles to airplanes.

This month’s theme, “Steel Wonders of the World,” will focus on stories about some of the greatest engineering and architectural structures of history.

The Great Eastern was built on the dream of constructing a ship that could circumnavigate the world, and would be big enough to carry the 15,000 tons of coal necessary to do so. It was to be five time larger than any ship the world had seen, an engineering marvel. The engineer behind its design, Isambard Kingdom Brunel, is considered to be the most gifted engineer of the Victorian Age. He helped create the modern industrial world; from his revolutionary visions came the world’s first global transportation system and his railway designs made continental travel faster than ever possible. His bridges spanned distances never before seen. 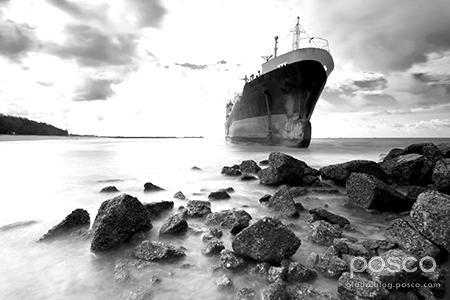 The first ship made almost entirely of metal, the construction of the Great Eastern took years and over 8,600 tons of iron, four times more than any steel structure before it. Brunel engineered the all-iron double-skinned hull which was made from 30,000 steel plates, weighing six tons each. It was the first ship built with a double-skinned hull, and it would be decades before another ship employed the design that is standard today. Its steam engines were higher than four stories and produced the power of 8,000 horses. It combined a sail propulsion system with a single screw and paddle system. 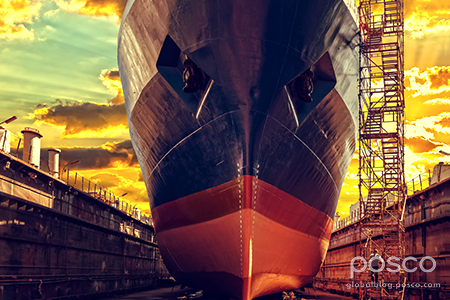 Built to carry 4,000 passengers, it was the largest moving man-made structure of its time. It never saw the commercial success that Brunel envisioned, yet the Great Eastern revolutionized shipping engineering and design. It would be 50 years before the world saw another ship of its magnitude.
The gigantic ship of steel would be the final work of the great industrial engineer. Building the Great Eastern bankrupted Brunel and it was considered a failure during his life; however, it is now revered as one of the greatest feats in engineering.

Coming Up
Following our look into the history of steel, this month’s theme, “Steel Wonders of the World,” is inspired by the BBC documentary series, The Seven Wonders of the Industrial World.” You can find the full series, created by Deborah Cadbury, on YouTube.
The modern world we live in would not be possible without the influence of steel. As a global leader in steel production, POSCO is committed to leading innovations for the future. Stay tuned for the following stories.