[STEEL Talk] Why Is Earth ‘A Planet of Iron?’

Your dad was right to call Earth, ‘a planet of iron.’ Our planet was born about 4.6 billion years ago. It’s said that small planets — made up of rocks or metal masses — collided and merged to form the Earth. In the beginning, Earth was nothing more than a ball of hot magma, and as it gradually cooled down, iron and nickel that are relatively heavier sank to the bottom of the Earth, while lighter rocks rose to the surface and formed the crust.

Now, this is just a plausible hypothesis since no one saw this entire process. However, these two things are for sure — Iron has been on Earth ever since the beginning, and it has also played a significant role in human civilization. So, let’s look into the details!

l The Role of Iron In Our Civilization

Mankind advanced into the Iron Age from the Stone Age and the Bronze Age. Iron was stronger than bronze and readily available in nature, making it suitable as materials for tools. The iron beads of Egypt — made around 4,000 B.C. — was the first item humans made with iron, and the Iron Age arrived at around 1,000 B.C. Do you know what age we are living in today? Surprisingly, we are still living in the Iron Age. So this Iron Age has lasted more than 3000 years!

Before the Iron Age, humans dug into the ground to make houses, or crushed and cut out stones to build dolmens or pyramids. But as civilization evolved into the Iron Age, humans started making buildings using iron since iron was strong enough to make living space much safer and more stable. Before iron came along, most materials used in buildings were stones, bricks, and wood. So there was a high risk of tall buildings to collapse — since these materials were quite heavy, the weight was tremendous. But as iron emerged as the main material of architecture, constructing tall buildings became possible. The sturdy steel columns could support the weight of those buildings. 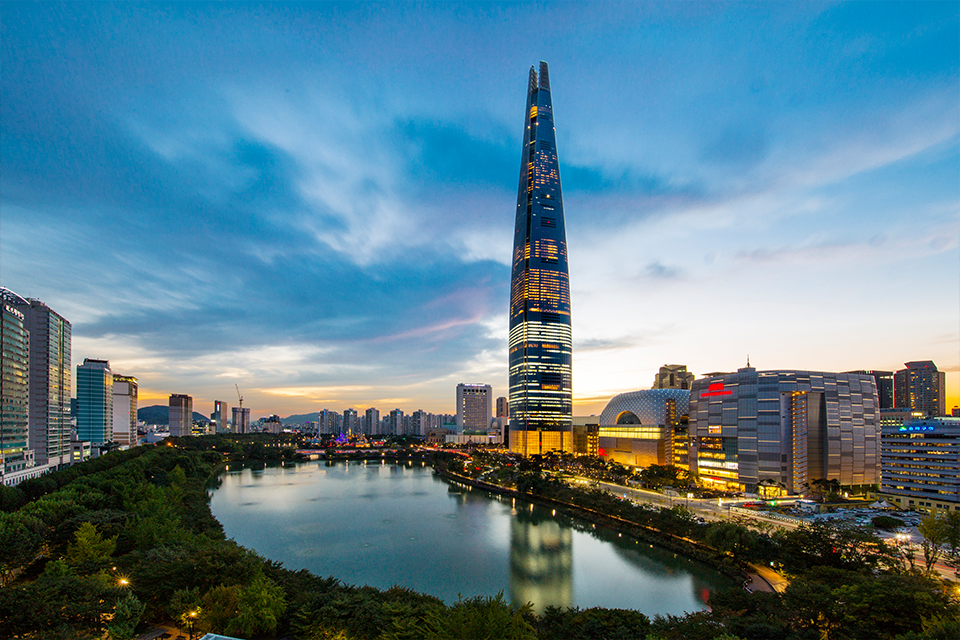 Have you been to the Lotte World Tower(555m) in Seoul? It is the tallest building in Korea and the fifth tallest in the world. To build skyscrapers you need super strong and tough iron. That’s why POSCO’s own latest high-performance heat-processed ‘High Strength Steel’ was used in the construction of the Lotte World Tower. Thanks to the strong, durable steel, it was possible to create such a wonderful, tall architecture. As you can see here, iron and steel make the city safe and attractive with its role in the construction. We can also encounter steel in so many areas of our daily lives — like the buses and cars we ride, and the frying pans and cutlery of the kitchen.

l Iron — In Charge Of Life On Earth !

Can you guess the element with the largest mass on our planet? It’s ‘Iron(Fe).’ It accounts for 35% of Earth’s weight. But if you take a look around, it’s hard to understand this statement — there just isn’t that much iron around. Then, where is all that amount of iron? Well, it’s all hidden under the ground. As mentioned earlier, iron is a heavy material, so all of them sank to the Earth’s core. 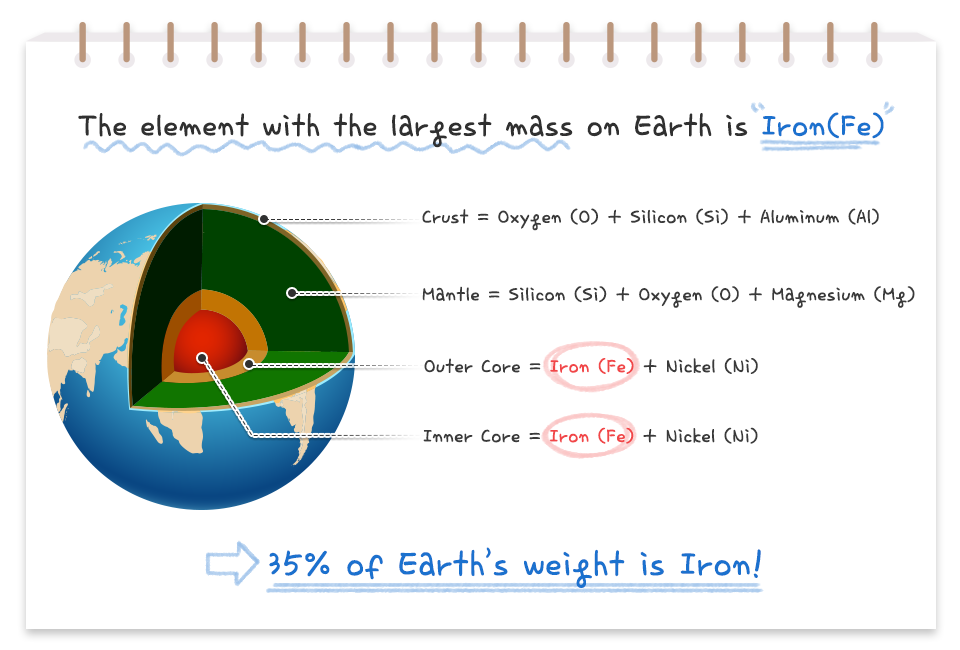 The iron in the core has a significant role. It creates Earth’s magnetic field. Telling the North and South poles on a compass to find directions is possible because of this. A magnetic field is generated by conductive and magnetic materials, such as iron or nickel. The iron — in a liquid state at the core of the earth — creates the magnetic field as the earth rotates. 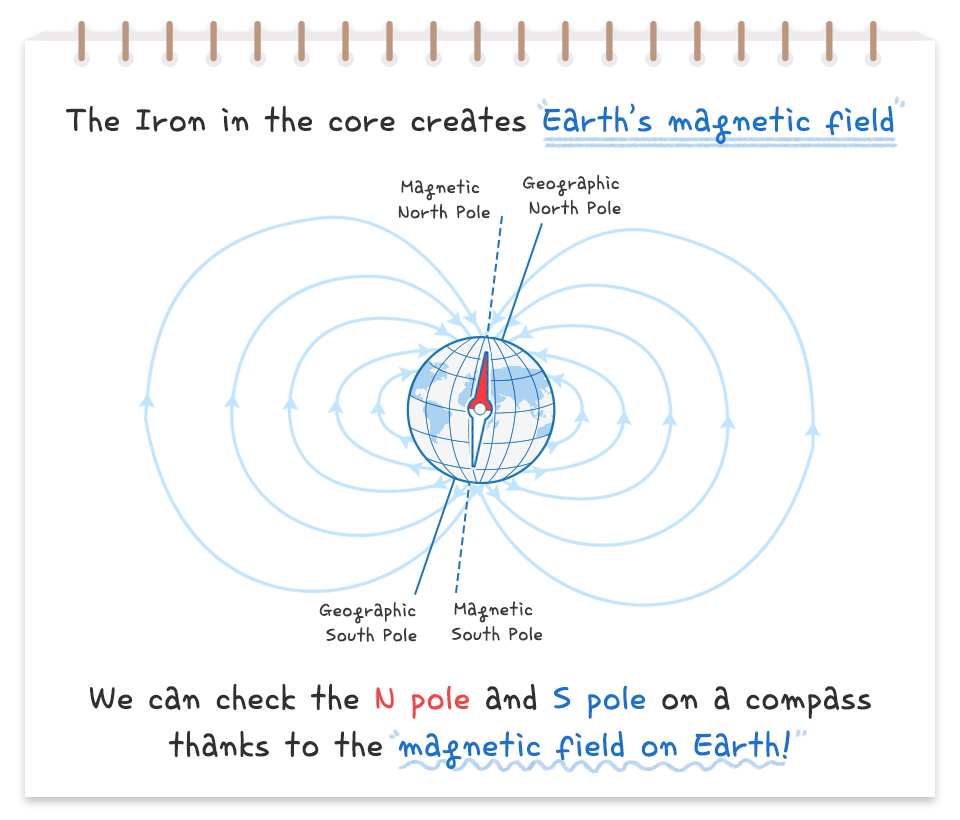 We can use a compass and also see the beautiful aurora at the poles, all thanks to Earth’s magnetic field. Not only that, but it also protects the Earth from the strong energy — the solar wind — of the sun. Without iron and its magnetic field, the Earth would have been a life-less planet, like Venus. So we are all alive here on Earth, thanks to iron!

Now you know why Earth can be called ‘a planet of iron!’ POSCO Newsroom will be back with a new and exciting story soon! Bye-bye ~! (*•̀ᴗ•́*)و ̑̑