[STEEL Talk] Who would win if Iron Man and Superman fought?

Here we have another cute question at POSCO Newsroom. It’s asking who’s stronger, Iron Man or Superman (aka Man of Steel). Well, this is a tough question to answer. The child who wrote this must have sent it here because both characters have ‘Iron’ and ‘Steel’ in their names. So first, let’s take a look at the two characters in the movies. 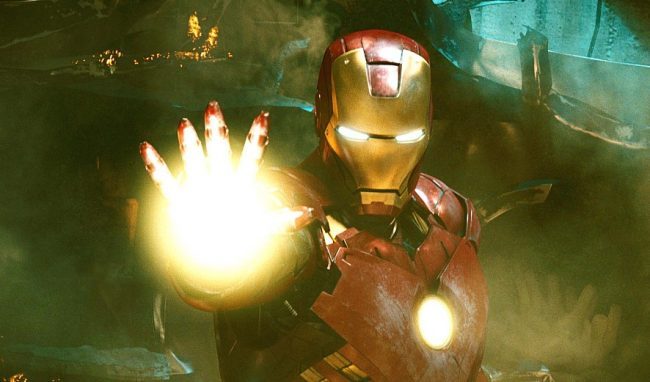 Remember the line “I am Iron Man.”? This line marks the beginning and the end of the Marvel Universe. Tony Stark made the Iron Man suit and became Iron Man himself to survive from a serious chest injury. The Iron Man suit was pure science itself. It had built-in weapons that enabled combat and was strong enough to endure a crash with a fighter plane, go underwater, and even fly into space. 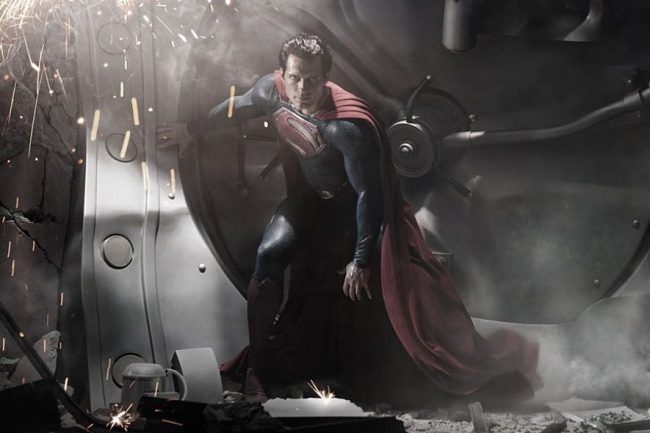 Then what about Superman — the original super hero? Superman was born on the planet ‘Krypton’. He’s also called ‘Man of Steel’ because he is strong and powerful just like steel. Even when he was still young, he drew up a school bus that had crashed into the river to save his friend. Now you know why he has ‘Steel’ in his name, right?

Perhaps the two characters got their names because both are as tough and strong as ‘Iron’ and ‘Steel’. But who would win if they fought? Well… Don’t you think it’s unlikely for two superheroes to fight each other? If they meet, they’ll probably work together to defeat the villain. Just like the Avengers!

[A quick question!] Isn’t iron and steel the same thing?

At POSCO newsroom, we’re going to talk about the ‘Iron’ and ‘Steel’ in the names of the two heroes. Some might think iron and steel are the same. But actually, they are two very different words. POSCO Newsroom visited a researcher at POSCO Technical Research Laboratories to find out more. Shall we listen to the explanation?

The atomic number of iron is 26, and its element symbol is Fe. Strictly speaking, pure iron would be an accurate expression for iron since it describes a state of pureness — without any impurities or other metals. But it is hard to find this pure iron directly around us because most of it exists in a form mixed with various impurities. Iron ore is a typical example. When carbon (element symbol C) is added to this iron (Fe), steel is born. 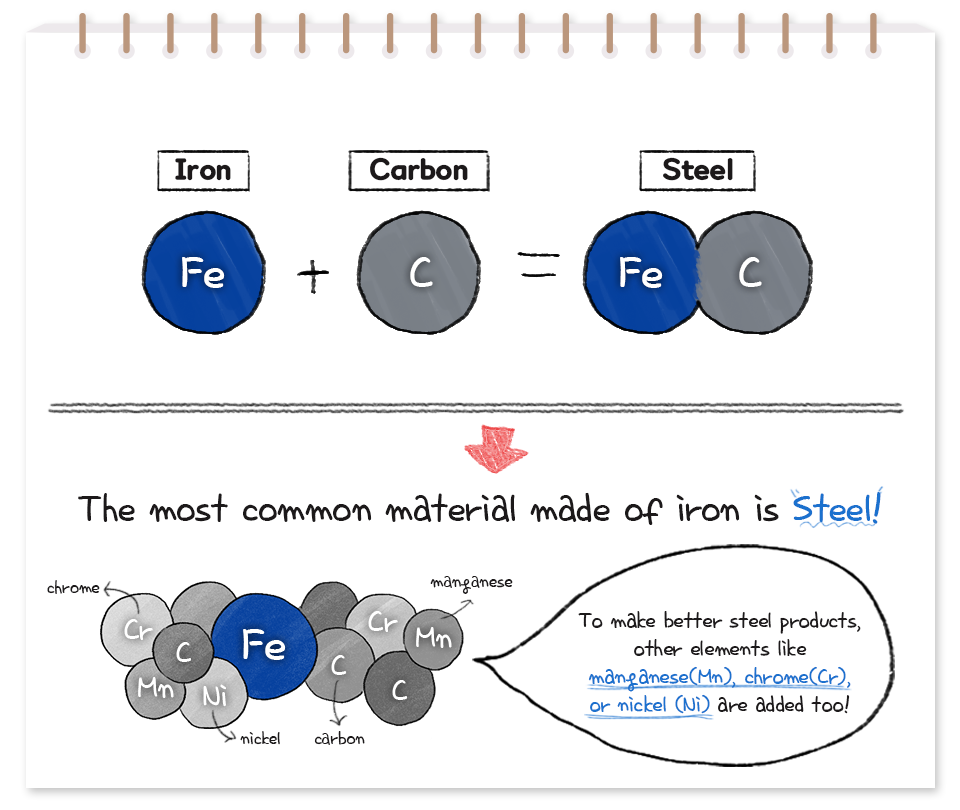 As seen above, steel is born when iron meets carbon. The type of steel produced varies, depending on the amount of carbon and the added elements. However, most of the material — made of iron — that we see in our daily lives is steel.

Where is this iron used? Iron — in the pure state — is too soft and weak to be used in everyday life, but instead widely used for experimental or electrical use. Then, is Iron Man made of iron? The answer would be ‘No.’ If the Iron Man suit was an iron 100% suit, Iron Man would probably have ended with the first movie — being unable to survive for the next one. So it would be safe to say that the Iron Man suit might be made of steel or some other material.

The materials for an Iron Man suit should not only be strong but also fit for other purposes as well. Have you seen the jet engine on the palms and feet of Iron Man? To be able to fly with those jet engines the hands, and feet of Iron Man must be of heat resistant steel. POSCO produces ‘heat-resisting steel’ by adding a variety of alloying elements to steel. So this would be appropriate for the Iron Man suit. Another POSCO product GIGA STEEL could be applied too since it’s light yet durable.

There are also some opinions that the Iron Man suit is made of nickel and titanium alloy. Titanium is a much stronger material than steel and POSCO produces and sells titanium products as well. Well, let’s leave the suit story here for now!

Iron Man and Superman are both superheroes saving the planet and protecting us, so let’s hope that they’ll never have to fight each other, ever. We saw today that the ‘Iron’ in Ironman and ‘Steel’ in Man of Steel are not the same. Don’t forget that! And also remember the iron material we see around us is not pure iron, it’s actually steel!

* This article was written with help from researcher Jong-Hoon Kang of POSCO Technical Research Laboratories.