Steel in the Home: 7 Inspiring Designs of Modern Architecture

Other common themes include simplicity and elimination of unnecessary details, 90 degree angles and strong horizontal and vertical lines, exposed structural elements, integrity of materials and use of industrially produced materials.

While some believe modern architecture is a result of social and political revolutions, others believe it is a result of technological and engineering advancements. No matter which perspective you share, steel has been a part of the construction of homes since the 1920s. Because steel is lightweight and adaptable, it is the perfect material for sturdy frames that are eco-friendly and long-lasting. Steel is also energy-efficient and recyclable. Steel outlasts other building materials, offering improved safety and resistance to wear and mold.

Here are 7 examples of inspirational residential buildings which incorporate Steel in the Home. 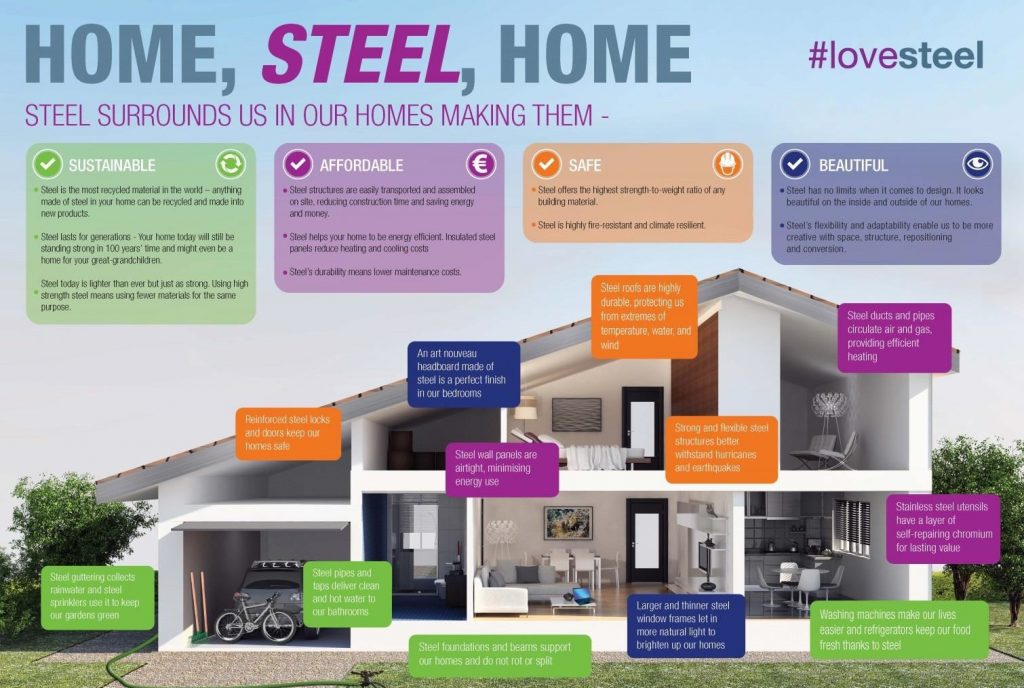 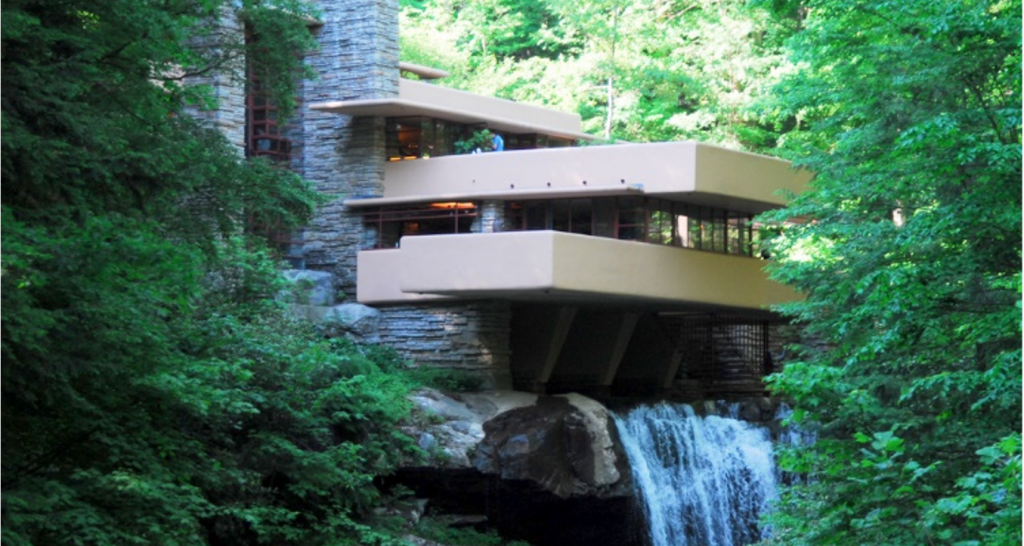 Fallingwater is famed as one of Frank Lloyd Wright’s most beautiful works. Constructed around its natural settings, it is made mostly of stone, concrete and steel. Fallingwater features strong horizontal and vertical lines that are characteristic of modern architecture. (Images: http://bit.ly/1K8Do70) 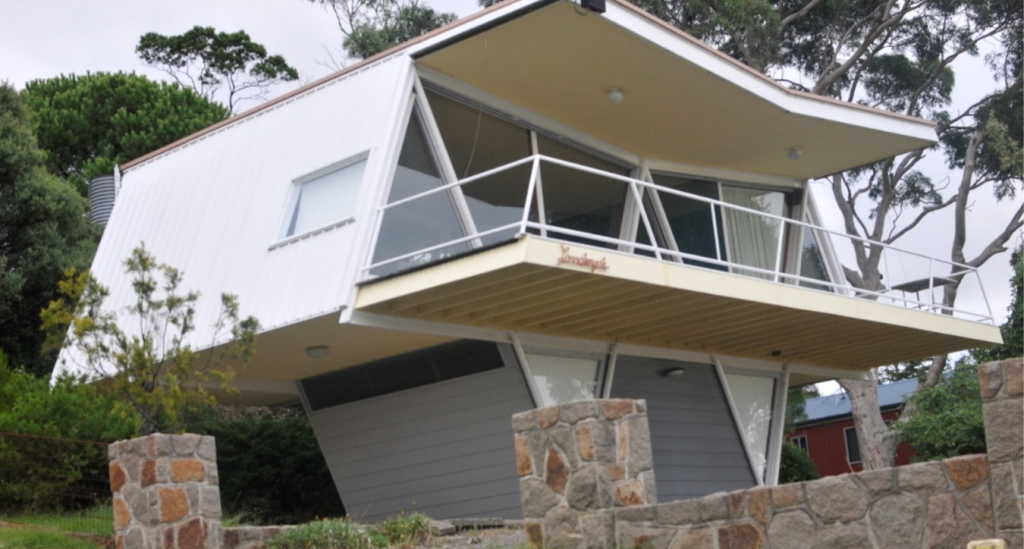 Commonly referred to as the Butterfly House for its unique geometric shape, the McCraith House is exemplary of modern architecture. Its steel triangular structure represents the simplification that is prominent in this era of design. (Image: http://bit.ly/1Jjcvu9) 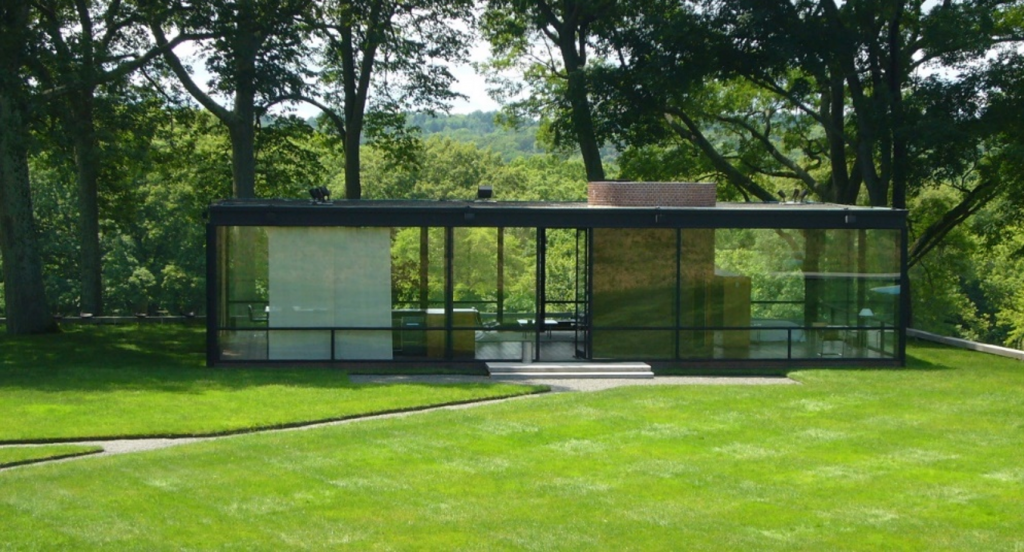 Thought to be influenced by Mies van der Rohe’s Farnsworth House design, the Glass house is an example of early use of industrial materials such as charcoal-painted steel and glass walls. (Image: http://bit.ly/1CIleZy) 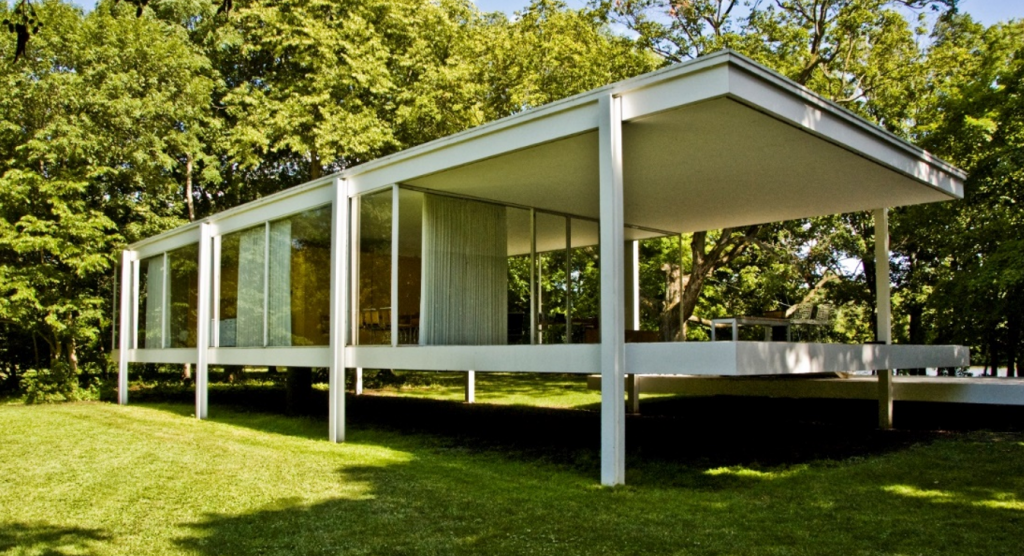 The Schindler Chace House was meant to serve as a cooperative living-work space for two young families. Building the hose was almost halted due to the local planning authorities for its radical methods of construction. (Image: http://bit.ly/1MviGym) 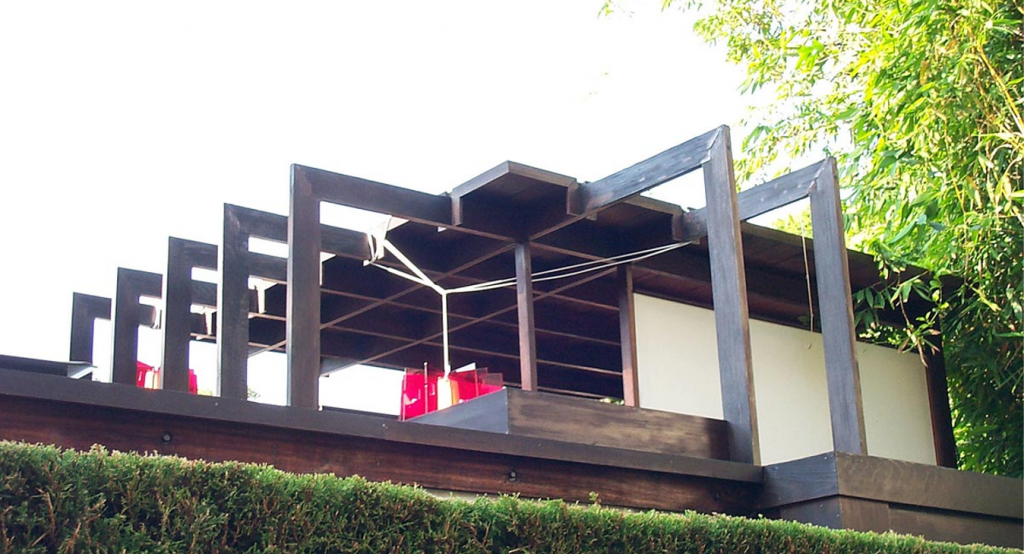 This glass and steel house was designed as a one-room weekend retreat. It is widely recognized as an iconic masterpiece of International Style of Architecture. (Image: http://bit.ly/1J1xHZN) 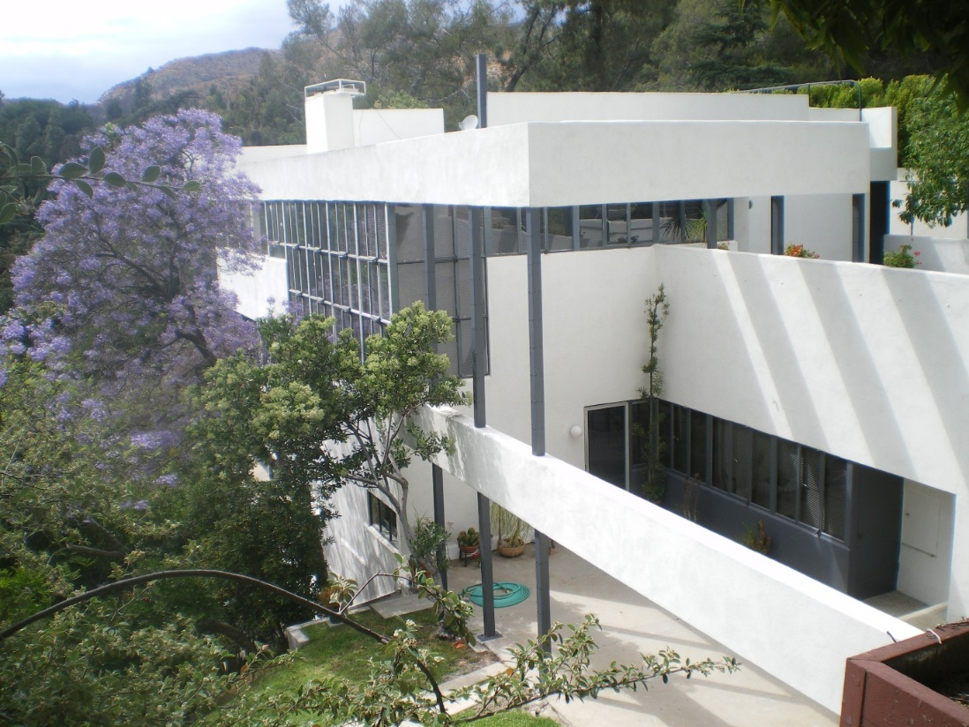 The Lovell House is often described as the first steel frame house in the U.S. The house is simple and minimal, and its strong lines exhibit the themes of modernism architecture. Lovell first commissioned Rudolf Schindler to build his residence, though later chose Neutra for the design. (Image: http://bit.ly/1CIlkAA)

Another house of glass and steel, the Capel Manor House was built as a labor-saving replacement for a 26-bedroom mansion, once owned by Jane Austen’s fore family. The steel frame is exposed both internally and externally and the house shows Manser’s interest in geometry. (Image: http://bit.ly/1f5Hx0t)