Why Skateboarding has Steel to Thank for its Success

The Rise of Modern Skateboarding

By the early 1960’s, skateboarding had achieved mass popularity. Downhill competitions were held by the largest surf companies in the area, and a few stand-out names in the blossoming sport were made. However, as quickly as the sport grew, it began to fade just as fast. The dangers brought on by the clay wheels that were then being used led to fewer skaters and thrill-seekers willing to take the risk of serious injury. By 1965, the sport seemed to have completely faded away, with only a few disciples true to the sport remaining. 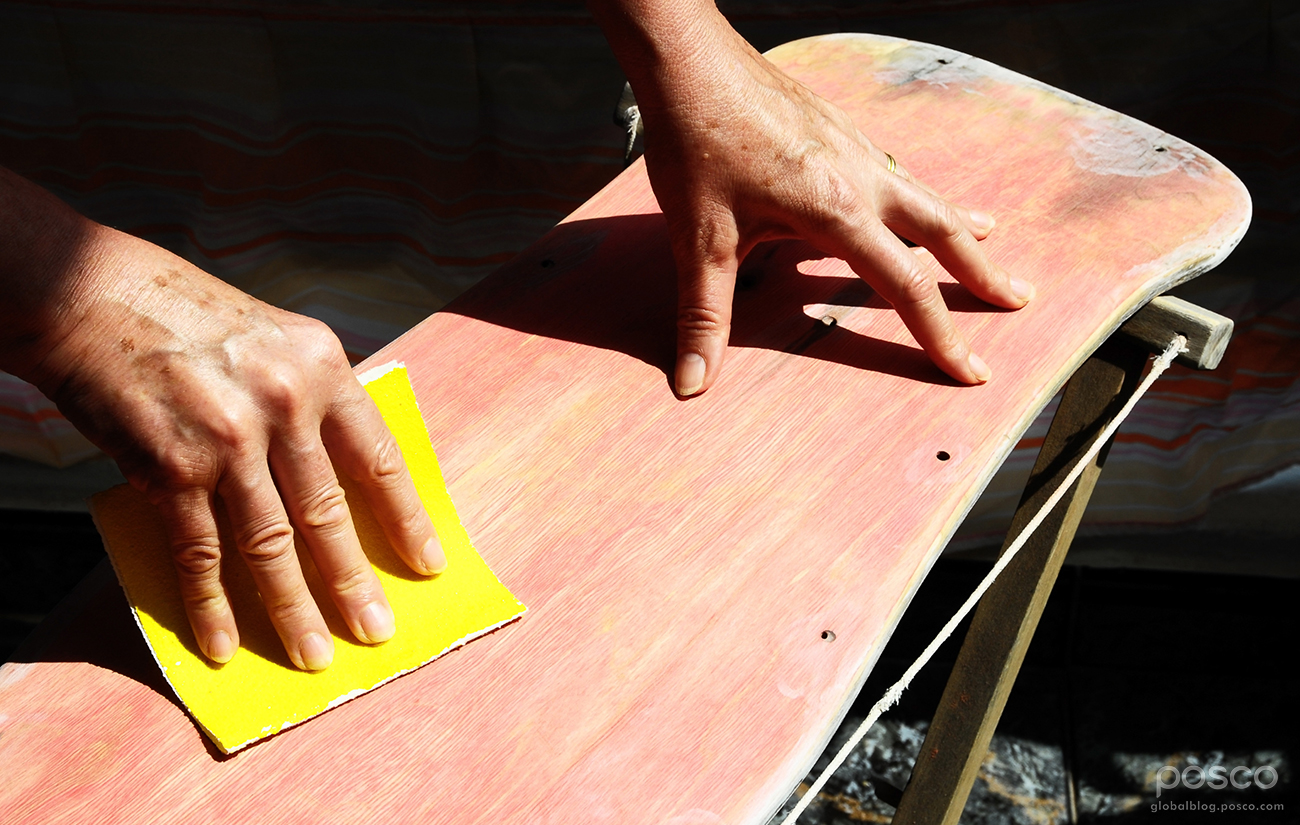 Skateboards, comprised of a wood deck, steel trucks, bolts, bearings, and clay wheels, desperately needed an upgrade that would improve stability and safety. While hanging out in friend’s backyard one day in 1970, Frank Nasworthy took notice to some urethane roller-skate wheels that were being tested. Immediately, Frank new that this is exactly what skateboarding needed to revive the sport and take it to the next level.

After demoing the urethane wheels on a skateboard, Nasworthy realized that he was on to something huge. The jarring motion caused by steel wheels, and the instability from clay wheels were replaced by an incredibly smooth, almost liquid motion. Properly calling his newly created skateboard wheels ‘Cadillacs,’ Nasworthy took to the streets and began spreading the news. Tim Piumarta, one of skateboarding’s pioneers of innovation, says that the urethane wheels took skateboarding “from a funky, surfing activity, what you would do when the waves were down, into a real bonafide sport.”

With urethane wheels now in mass production, skateboarding resumed where it had left off. Competitions started back up, and skateboarding’s style and direction began to evolve once again.

The Steel Mechanics of the Skateboard

The construction and materials used to build skateboards have gone through many evolutions with advancing technology and factory capabilities. However, key components and materials have remained true to their original form and function, although upgraded quite a bit over time. Primarily, the skateboard deck is still made of wood, but is now infused with composite materials and produced with state-of-the-art pressing techniques to maximize durability and flexibility. 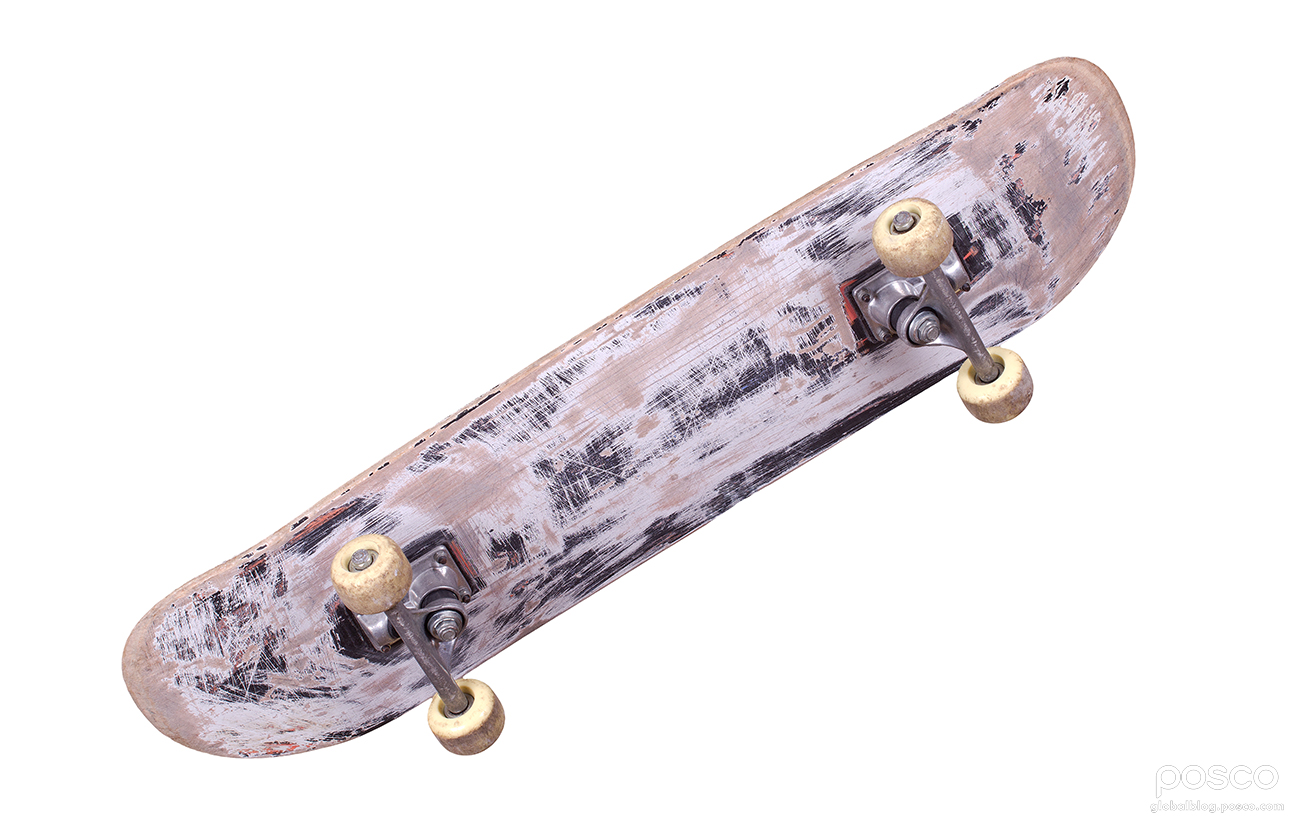 Other key components which make up a complete skateboard, are the trucks, bearings, wheels and hardware – most of which are comprised of steel, minus the wheels.

A skateboard’s bearings are used to mount the wheels to the skateboard axle, and are what controls how well the wheels rotate. Recreational, non-professional bearings are made of steel. All bearings are circular with flat sides, and house seven to nine lubricated steel balls used to disperse the weight of the skateboard rider, as well as ease the tension between the wheels and the axle. Bearings have a 9-point rating system that is used to determine quality, and are tested and rated by the Annular Bearing Engineering Committee, more commonly referred to as ABEC. Steel bearings typically come in at an ABEC 7-point rating, where their ceramic, more expense counterpart, rate at ABEC 9 because the ceramic can withstand heat and friction better, but are also quite a bit more expensive.

Lastly, the nuts, bolts, locknuts, and screws that hold all of the pieces together, called mounting hardware, are made from steel. Each skateboard hardware set includes 8 bolts and 8 locknuts that attach the trucks and wheels to the skateboard deck. Now, skaters can get colored hardware sets to match their deck art, or to show off their style while triple-flipping down a flight of stairs. 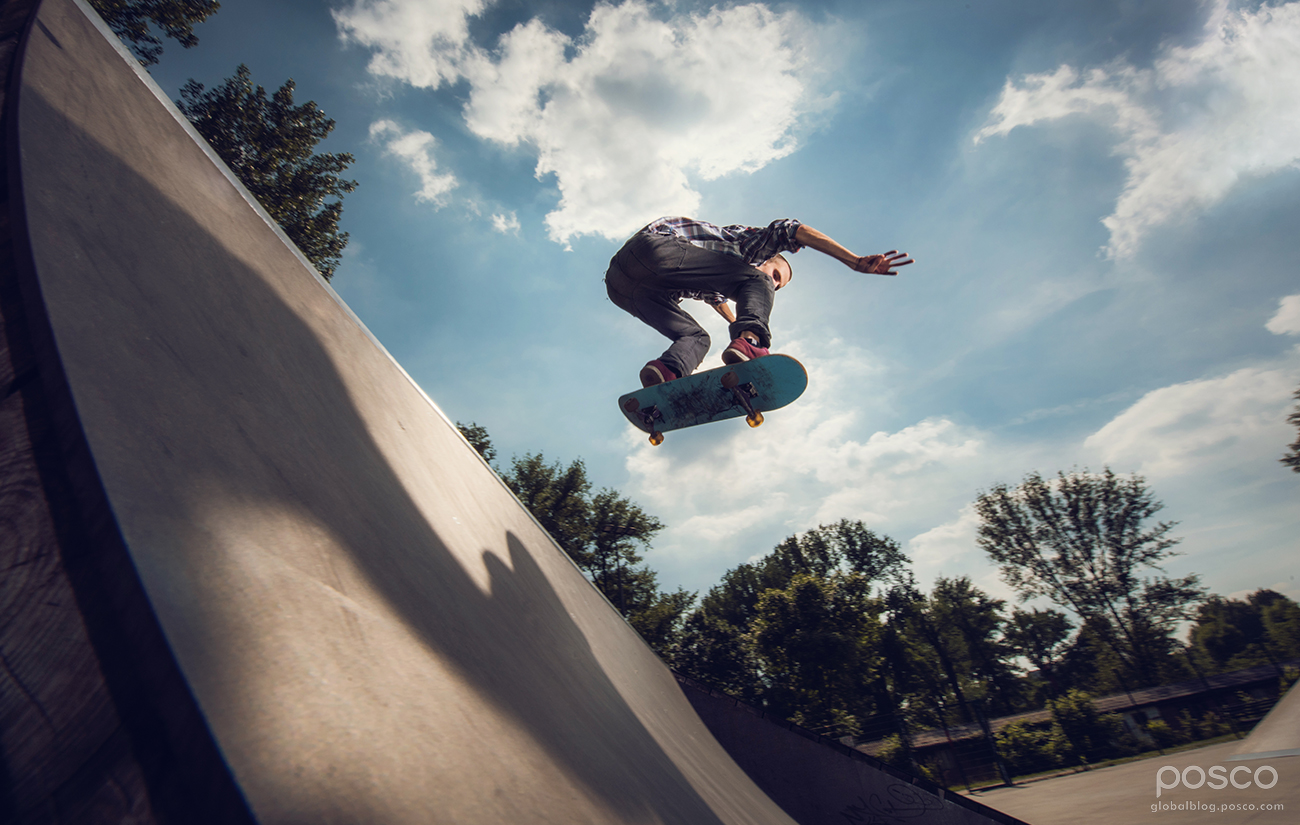 Looking back at the very beginning, if were not for steel roller skate wheels, skateboarding might not have ever been invented – or at least until sometime later. Even with the progression of materials used to build skateboards today, wood and steel remain the two of the biggest components needed.

Strength and durability are certain criteria that the sport needs to continue to progress into a world-wide, mainstream sport, which it is vastly becoming, and of which steel will always be able to contribute to.