The ‘1% Sharing Foundation’ launched this day starting with POSCO officers and senior managers donating 1% of their wages in October of 2011. This then led to voluntary participation of all family company employees, spreading quickly throughout the POSCO Family. 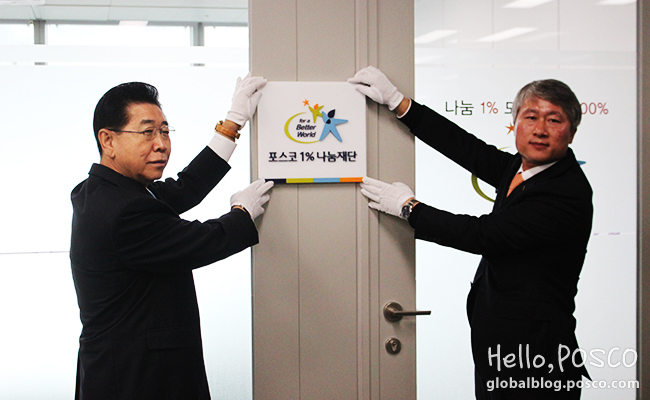 As of November, POSCO and 26 family companies have participated in the 1% sharing campaign. Accordingly, POSCO reviewed establishment of the 1% Sharing Foundation to more effectively operate the funds formed from the donations of more than 90% of the family company employees. 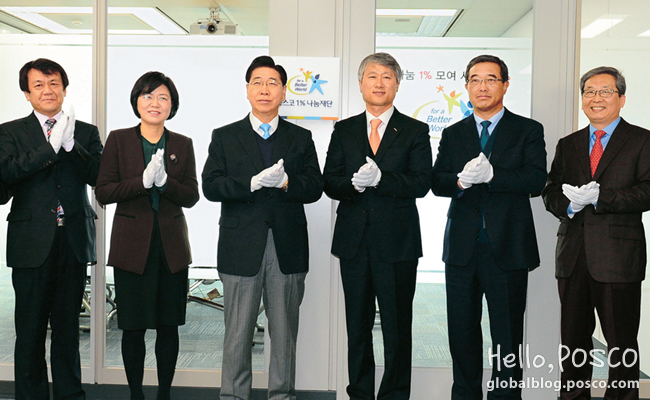 The 1% Sharing Foundation will start carrying out sharing projects with the 4 billion KRW of funds consisting of POSCO Family company employee donations and the company’s matching grants. Starting in 2014, donations from external partner companies will also be included, with the annual funds expected to reach 7 billion KRW.

CEO Chung Joon-yang said, “Sharing activities carried out consistently since the founding of POSCO with a dream of shared growth with the local community has bloomed into a flower of all employees sharing 1% of their wages. I find it deeply meaningful that we are able to provide support to the typhoon victims in the Philippines with the sincere donations of 37,000 POSCO Family members.” 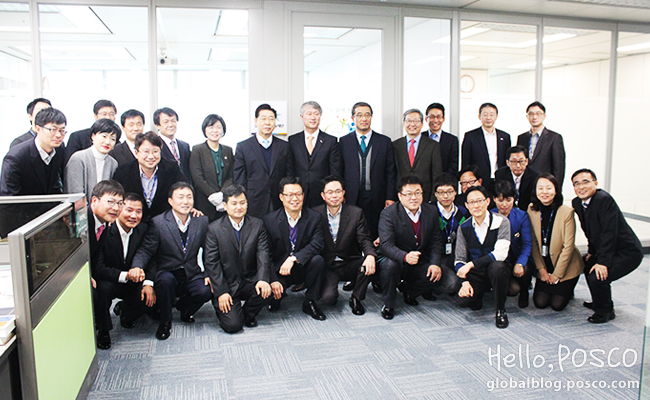 Meanwhile, the Social Contribution Team employees, who will essentially operate the foundation, pledged to carry out various projects such as cultural welfare initiatives for the underprivileged, cultural inheritance protection, and promotion of social welfare both domestically and internationally to spread the culture of sharing all around.