The ‘beginning’ is always difficult since the fear underlies for the unknown world. Therefore, we call it ‘GREAT’ when a person overcomes the fear and goes on with the challenge. There is only a slight difference between a hero and a criminal. In fact, same applies to a masterpiece and a failure.

A historian, an Emmy award-winning British author and a BBC television producer, Deborah Cadbury has written a book called Dreams of Iron and Steel. The book’s main characters are those who ‘overcame the fear for a failure and did not give up on challenging’. Though the book’s time setting is distant from the ‘industrial revolution’, the story does not come across as irrelevant, because the details of each structure’s building process reflect ourselves who are also facing ‘new challenges’ today.

In addition, the subject of ‘steel’ overlaps with the history of POSCO, which started from nothing in the desolate Yeongil Bay in 1968. Both subjects are similar in the way that both had a person with a dream that comes to a reality and the world has changed from it.

As a BBC television producer, Deborah Cadbury, produced a docudrama series known as ‘Seven Wonders of the Industrial World’ (2003) and started her writing for Dreams of Iron and Steel (2005) at the same time. 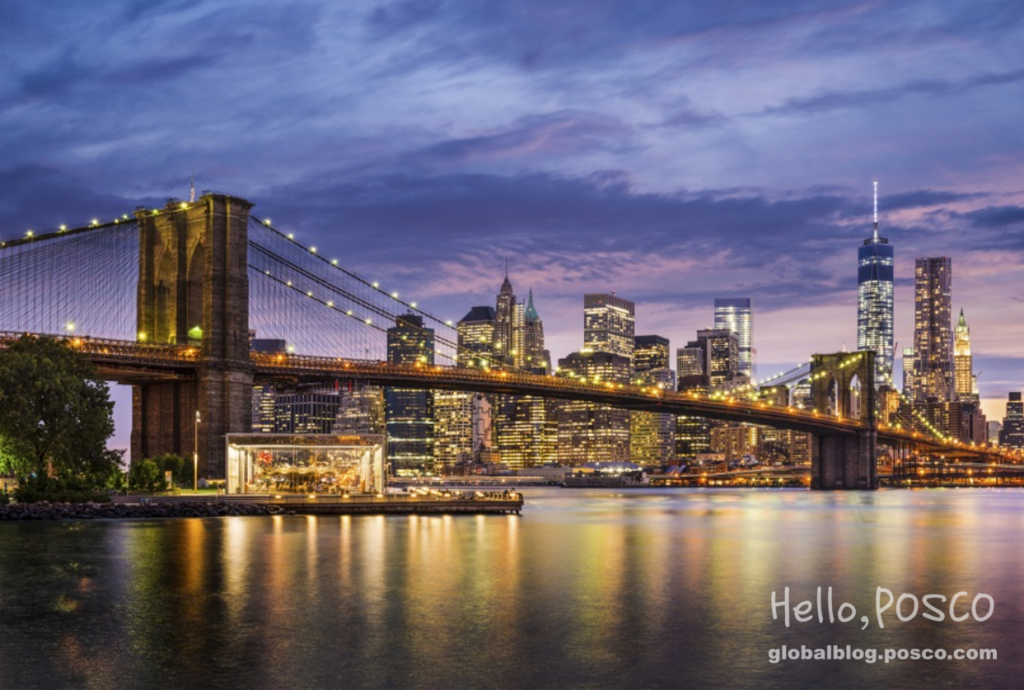 John Roebling, a U.S immigrant from Germany, won the contract to build the largest bridge that stretches across the East River separating Manhattan and Brooklyn. According to Roebling’s blueprint, it was clear that the structure would develop as a 2km-long masterpiece that possesses both durability and symmetrical delicacy. The foundations were to sink 21m below the water level and the two main 84m-high towers would overlook a panorama of New York City.

However, while seeking for the right spot for the towers, John Roebling was faced with imminent death from a terrible accident. Thus, his son, Washington Roebling continued his father’s legacy as a ‘Man of Steel’ and 14 years of construction finally came to an end in May 24th, 1883. Transforming the cityscape of New York, the Brooklyn Bridge has become a symbol of Roebling family’s great human spirit. 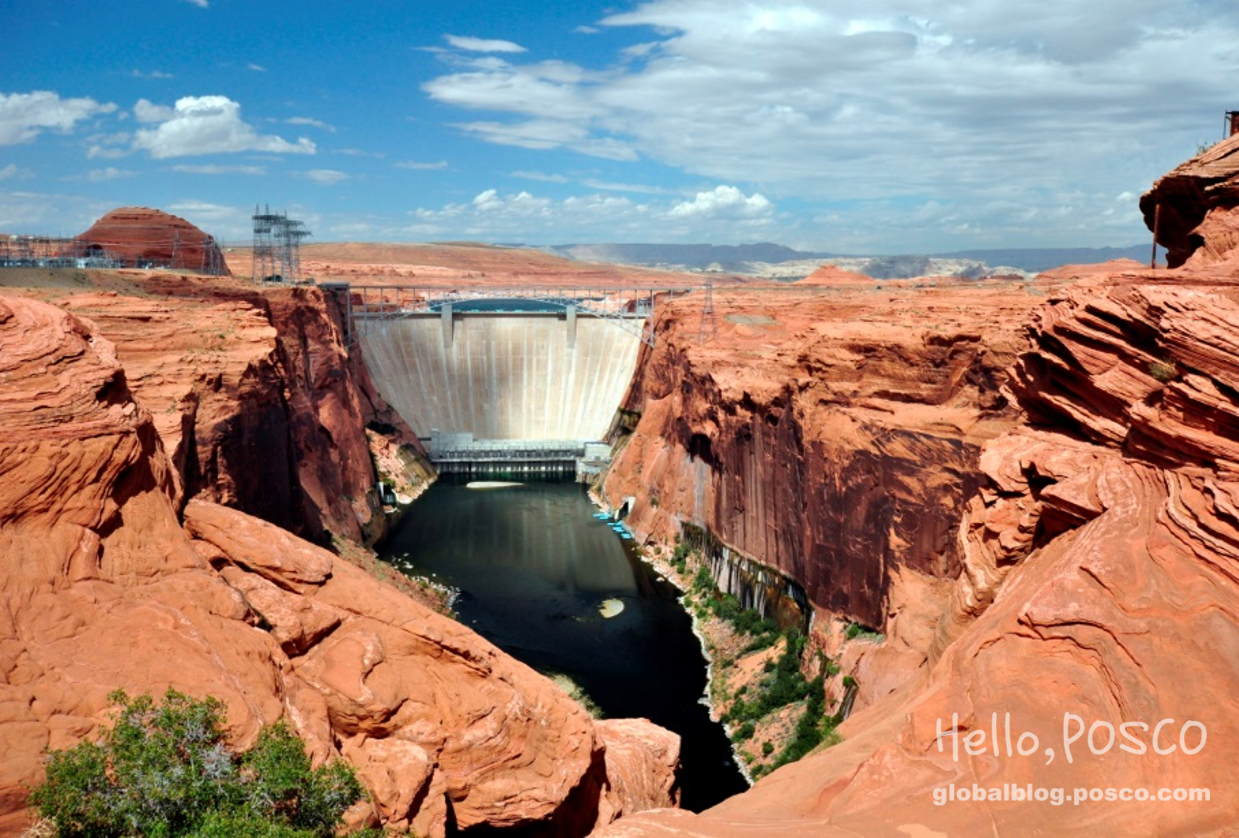 In the late 19th century, the desert regions of Arizona and Nevada were considered as a hostile environment. Arthur Powell Davis, the Director of U.S. Bureau of Reclamation, realized that even the desert regions can flourish by making some improvements. Accordingly, he planned a project to drill through snow-covered highlands and valleys, and to use the 2,253 km-long Colorado River as a source of hydropower. He also intended to stabilize the river, which experiences severe floods and droughts. Started in 1931 and finished by 1936, the Hoover Dam was soon to break all world records with its height equivalent to 60 stories and a volume bigger than the Great Pyramids at Giza.​

At the height of the Great Depression, poverty-stricken workers had to face explosions, carbon monoxide poisoning and sunstrokes, only to earn a few dollars a day. But the construction had to go on. The chief engineer, Frank Crowe, nevertheless, managed to complete ahead of schedule and under budget with his own know-how in structural management. Remaining as another masterpiece that represents an extraordinary ability of humankind, the dam epitomizes a clear evidence of overcoming a limitation through revolutionary structural improvements. 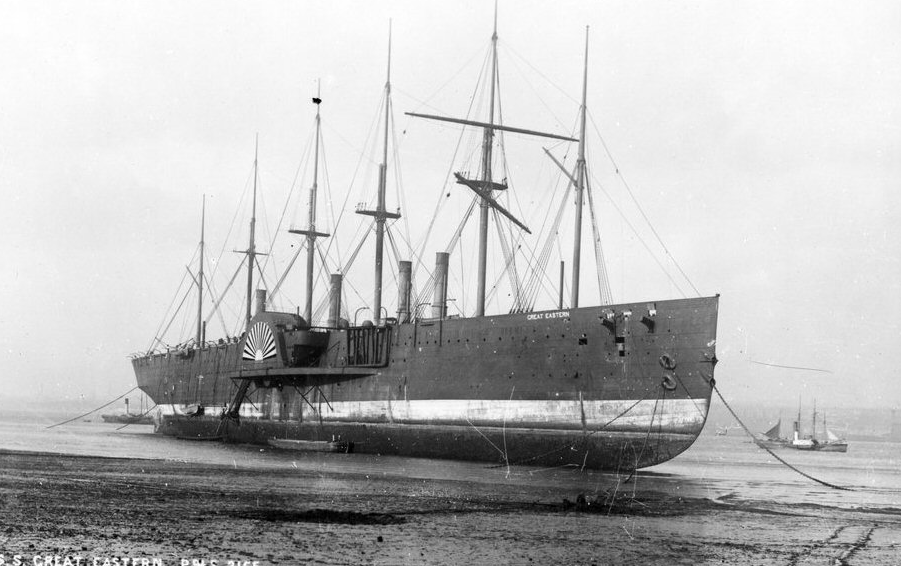 The ‘Great Eastern’, also known as the ‘crystal palace of the sea’, is distinctive in many ways other than being the largest ship in the world when it first launched on the River Thames in London. For instance, the design incorporated a double hull on the side and the bottom part of the ship which improved the draft line. However, the scale of the ship was too out of the ordinary for its time. Intriguingly, a distinguished mechanical and civil engineer, Isambard Kingdom Brunel dreamt of ‘creating a floating city made of iron and transporting 4,000 people to Australia, the opposite side of the earth’. Finishing his blueprints in 1852, Brunel initiated the construction on the River Thames in 1857. Living on the ship for two years, he poured his passion into this project. Unfortunately, in September 1959, just before the Great Eastern’s maiden voyage, Brunel died of a terrible stroke. Despite the failure in commercial use, Brunel’s name remains in the shipbuilding history for his colossal-scale ship and shipbuilding techniques. 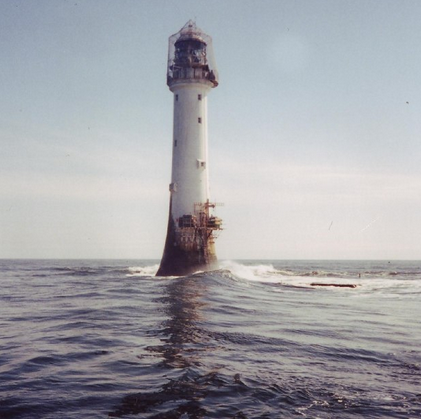 A creator of the Bell Rock Lighthouse, Robert Stevenson is the grandfather of Robert Louis Stevenson, an author of Treasure Island. The lighthouse was built on a 400m-wide reef 17km out to sea.  Numerous ships went down by crashing into the large reef that was submerged for most of the day. Although everyone believed it to be impossible, the construction of a lighthouse lasted for three years from March 1807 to October 1810. During the process, many workers were sacrificed and the structure collapsed a few times. Battling against the difficulties, Stevenson finally completed the lighthouse in February 1811. To this day, the lighthouse shines out across the North Sea forever. 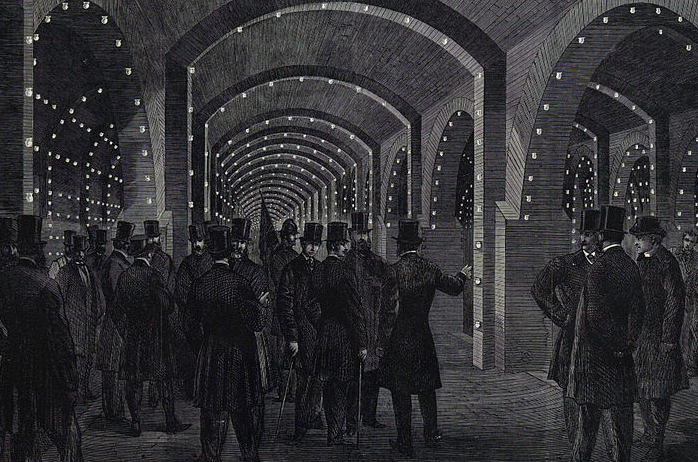 In the 1800’s, over 30,000 people died from three epidemics of cholera in London. In the summer of 1858, while the Great Eastern was preparing for her maiden voyage, the ‘Great Stink’ was sweeping through the city. A 37-year-old civil engineer, Joseph Bazalgette proposed a bold scheme for the problem. It only took him 12 weeks to outline his solution for the problem that lasted for hundreds of years. The key to his proposal was ‘simplicity’.

Previous sewage system and pipes all lead to both sides of the river. Bazalgette’s plan was to simply move various pipes and link the sewers to be connected. The plan seemed easy on the surface but the reality required to link 130km of sewage superhighway and 1,600km of street sewers, creating one large network of underground sewer system. It seemed as an implausible challenge at the time but eventually Bazalgette’s design brought the first modern sewer system. It not only saved the city of London and its inhabitants, but also became a standard model of sewer systems worldwide. 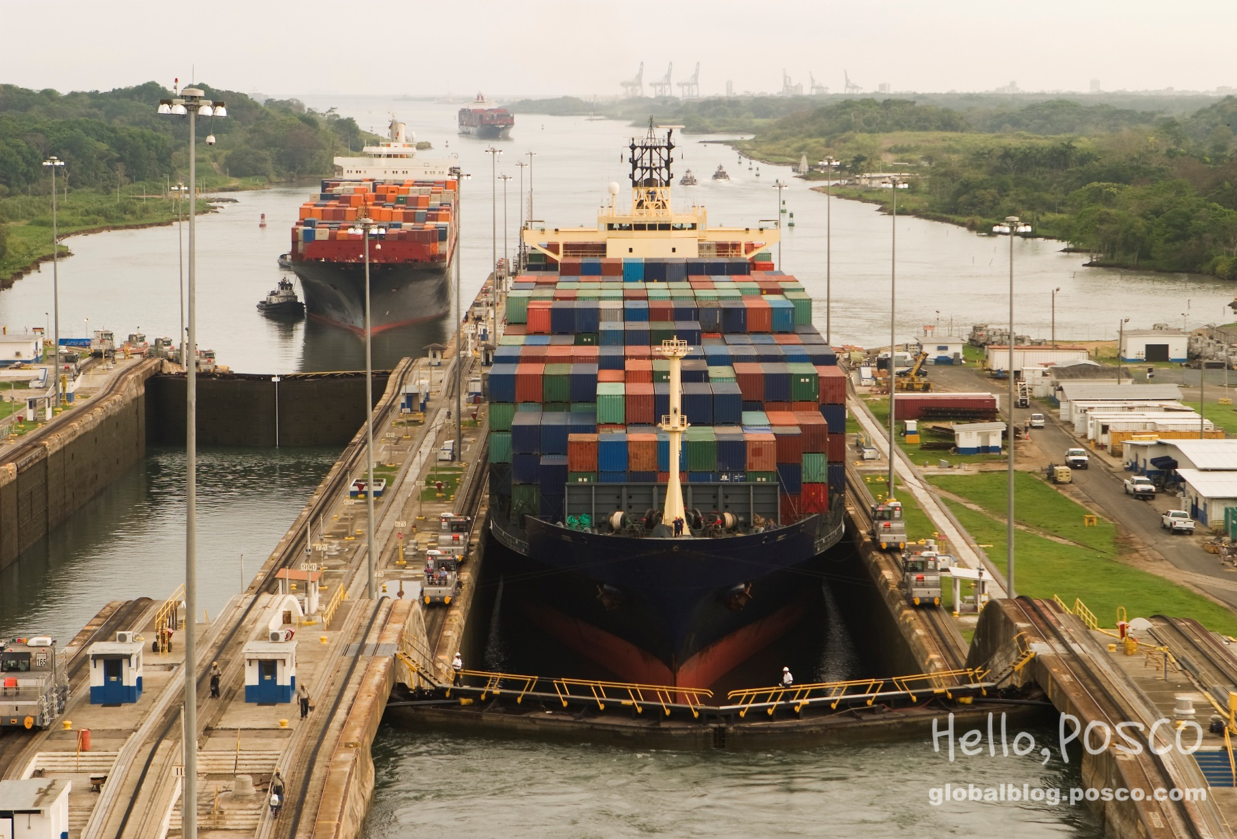 The first person to plan an excavation of the Panama Canal was Charles V, the emperor of Spain in 1529. However, the actual project was discussed only in 1881 by a Frenchman, Vicomte Ferdinand de Lesseps, who completed building the Suez Canal in 1869. Regardless of his age at 74, Ferdinand de Lesseps had a vision to cut a path across continent through Panama connecting the Atlantic Ocean and Pacific Ocean. Although the plan was grandiose, the project execution faced insurmountable difficulties. The workers faced the tropical heat of Panama, impenetrable jungle, devastating mudslides, deathly tropical diseases and other obstacles. The lavish dream had cost lives of many workers and left company to bankrupt in 1889. To top it off, Vicomte Ferdinand de Lesseps also died soon after. The vivid dream eventually came true 25 years under the leadership of civil engineer, Colonel George Washington Goethals.

The Panama Canal is perceived as a miraculous triumph of technology in modern history. Being the longest canal in the history, the 80km-long Panama Canal took 35 years to complete. Moreover, the construction cost approximately 639 million dollars and lives of 25,000 workers. This sacrifice, however, achieved a miracle of shortening a 22,000km-long journey to a 9,500km journey of traveling from New York to San Francisco. 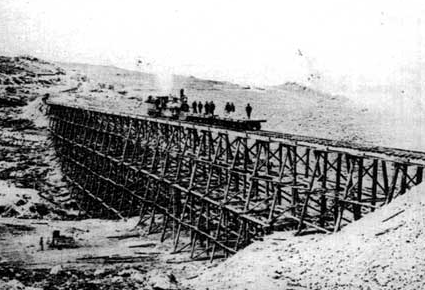 During the American Civil War in 1857, the hero of the Union Army General William T. Sherman said “This will be the work of giants. And, President Lincoln is the only person that I know who can battle through this.” ‘This’ refers to the Transcontinental Railway, reaching across the American continent. Back then, it took about 6 months to travel from New York to California by ship. Under the administration of Abraham Lincoln, the Transcontinental Railway’s construction came to a start in 1860, in the midst of the American Civil War. As a solution to reunite the separated nation, Lincoln decided to initiate the railway construction which was possible due to repeated successes in the steel industry. Two railroad companies, Central Pacific Railroad Company from the west and Union Pacific Railroad Company from the east, started the construction separately from each end of the line. The completed railways were finally opened in 1869. About a decade later, it was possible to make the record of 83 hours and 39 minutes to travel 5,600km across the continent. Consequently, the railways acted as a catalyst for the U.S to develop as a key industrial nation.

As these unique masterpieces suggest, the slow but evolving industrial revolution was accomplished by continuous effort and endless passion of our ancestors. As they were the individuals who struggled to realize their dreams and leave marks on the world, POSCO will inherit their ambitions and continue to pursue further advancements of the overall industry.