On February 9, PT Krakatau POSCO held a sales strategy meeting to recognize its trading partners for their excellent performance and to discuss how to maintain momentum in the coming year. Attendees included executives and employees actively involved in exporting POSCO’s products. A total of 36 people from 19 trading companies in Europe and Japan attended the event. 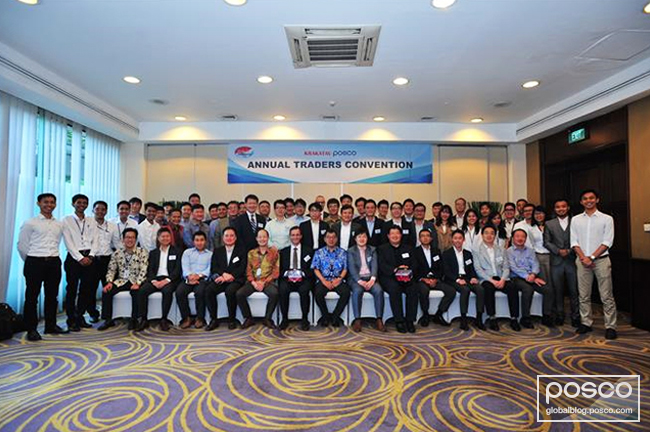 PT Krakatau POSCO held a meeting with export firms on February 9. Attendees strengthened their relationships as partners and exchanged ideas on POSCO’s sales strategies and goals.

PT Krakatau POSCO recognized the three trading companies with the highest performance in 2016. These three companies included Samsung C&T Co., Hyosung (Europe), and ThyssenKrupp (Brazil). Samsung C&T Co. was recognized for achieving the highest number of sales (88,000 tons, which accounts for 17%), while Hyosung and ThyssenKrupp were recognized for pioneering new markets. Awards were handed out to Yong-soo Kim, a senior managing director at Samsung C&T, Wolfgang Schnittker, CEO of ThyssenKrupp, and representatives from Hyosung. “We want to thank PT Krakatau POSCO for holding this event and hope to continue building our partnership for continued success,” said a representative from Samsung C&T. 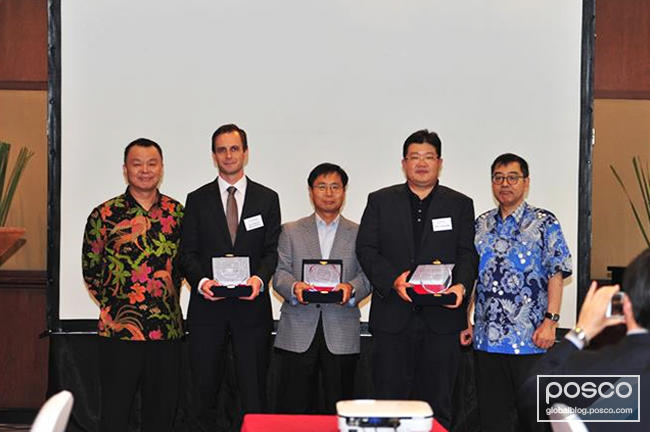 During the main portion of the event, participants discussed marketing strategies to expand the sales of World Premium Products (WPP), countermeasures for common issues, and sales strategies. In addition, with its eye on overcoming recently strengthened protectionist policies, PT Krakatau POSCO also discussed ways to improve its own brand management, which included a regional sales quota management plan with further emphasis on indicating the place of origin on its products. PT Krakatau POSCO is steadily ramping up sales by implementing strategies to promote high-end products (such as WPP). 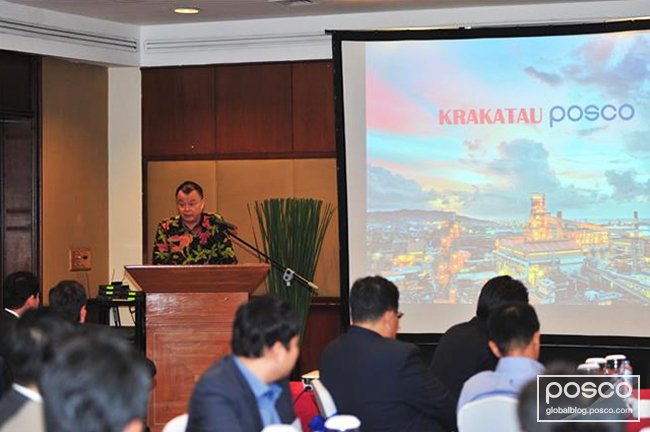 Kyung-joon Min, head of PT Krakatau POSCO, delivers his opening speech before kicking off the event.

PT Krakatau POSCO is in its fourth year of operation since beginning its full-scale sales activities in 2014. The steel mill has sold 7.7 million tons of products, including a total of 2.3 million tons of steel plates in Southeast Asia. Its cumulative exports of steel plates amounted to 290,000 tons in 2014, 445,000 tons in 2015, and 510,000 tons in 2016 due to aggressive new customer acquisition and local market development activities. The company has also connected with 307 new buyers in 23 countries including Southeast Asia, Europe, and Brazil.

In the future, PT Krakatau POSCO plans to continue developing partnerships with trading companies and to make efforts to strengthen its position and competitiveness as Southeast Asia’s first integrated steel mill and as a leading steel plate maker for the region.