[How Do You Like POSCO?] The Story at PT.KRAKATAU POSCO, Indonesia

There is a saying, “Think globally, act locally.” This saying means that the global strategy of a company should be considered from a global perspective, but its implementation should fit the local culture. POSCO, aiming to become a global leading steel company, also lays its base here.

‘How Do You Like POSCO?’ is a series presented here at POSCO Newsroom, introducing POSCO’s major global business sites and local employees who are living the global POSCO dream. The first story is about four local employees at PT.KRAKATAU POSCO, Indonesia.

*PT.KRAKATAU POSCO
PT.KRAKATAU POSCO is located in a small city called ‘Cilegon’ in Indonesia, about 100 km from the capital, Jakarta. Cilegon has an area of about 175㎢, which is about ⅓ of Seoul, with a population of about 500,000. The average annual temperature is 24 ~ 32 ℃. PT.KRAKATAU POSCO is the first integrated steelworks in Southeast Asia. It is a joint venture company between PT Krakatau Steel Tbk, Indonesia, and POSCO Korea and was established in 2010. With 3 million tons of crude steel production capacity per year, there are a total of 2,390 employees working here — including 2,250 local employees and 140 Korean employees. 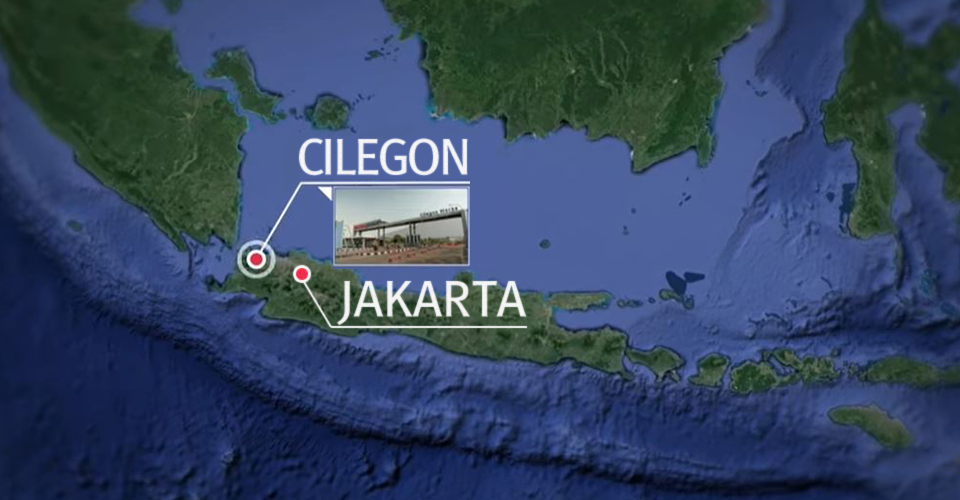 Q. Tell us briefly about yourself and how you became to join PT.KRAKATAU POSCO. 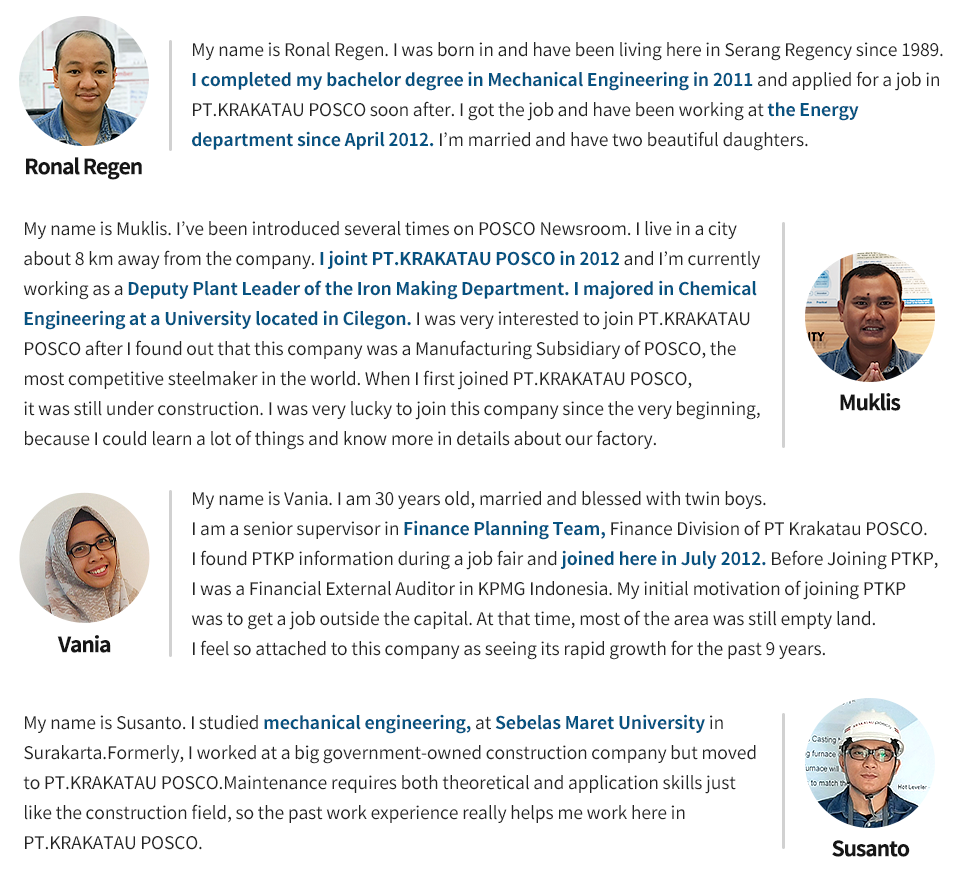 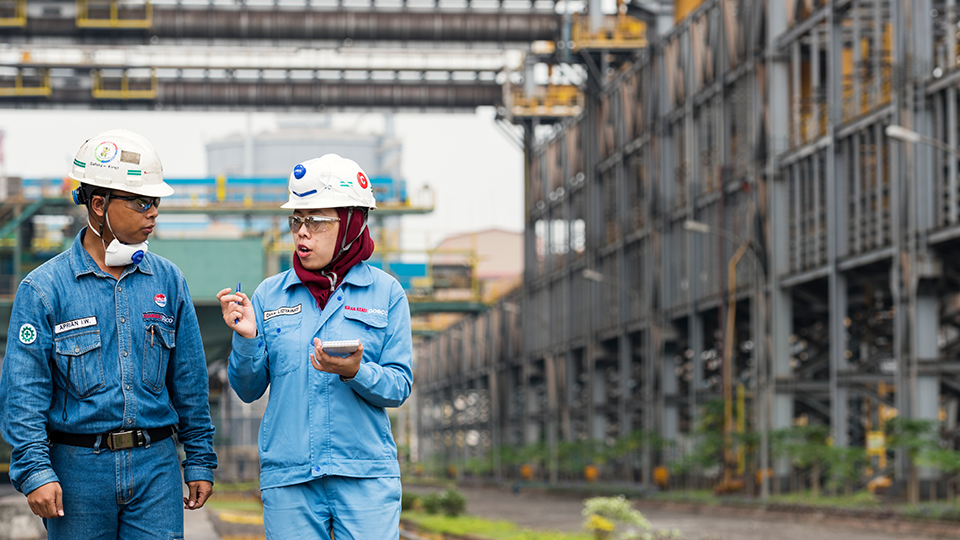 Q. How do people around you react when you tell them you work at PT.KRAKATAU POSCO? 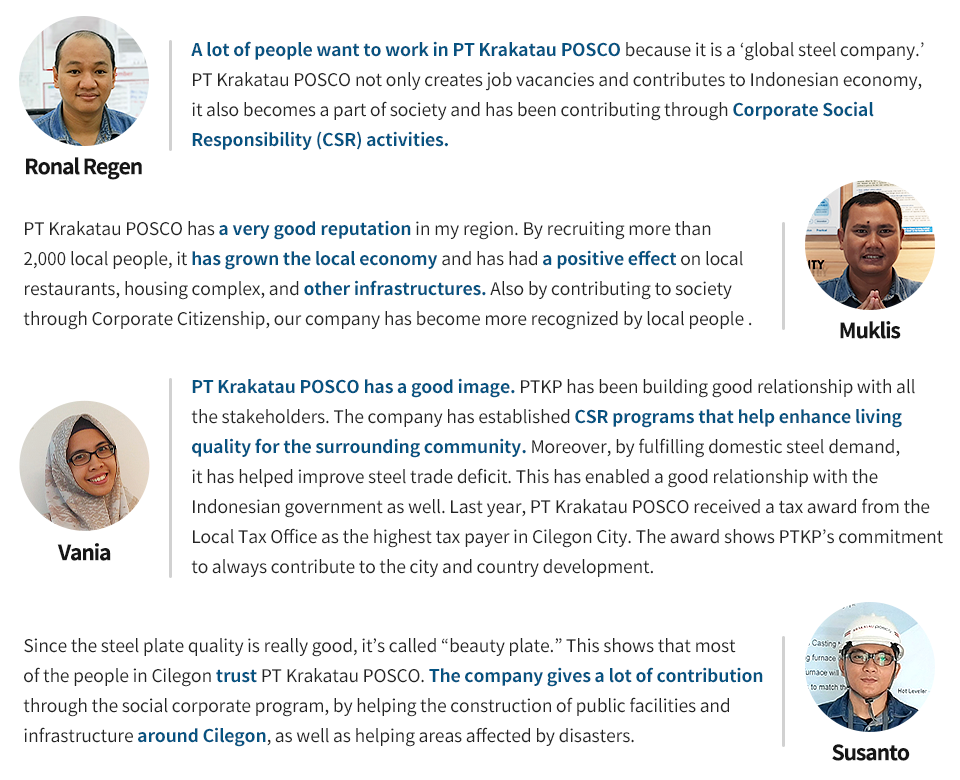 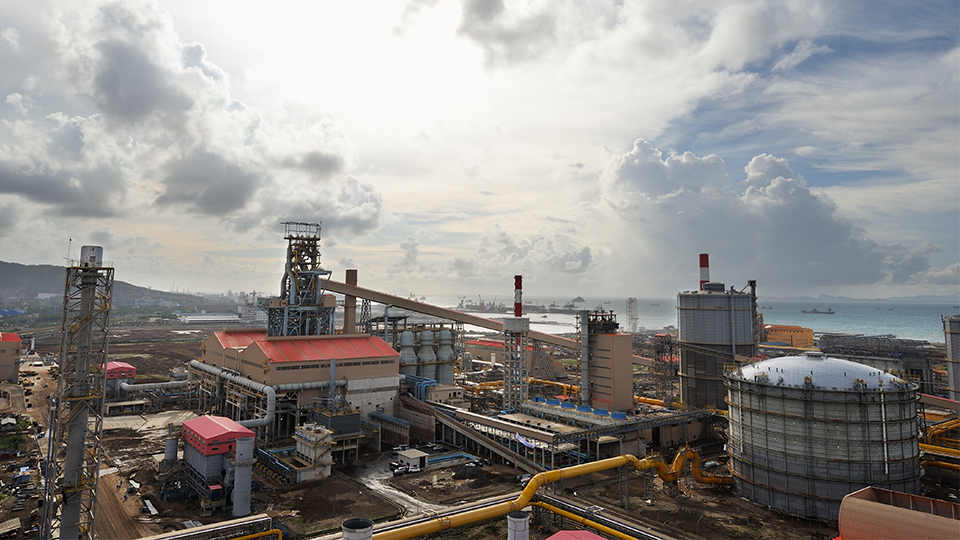 Q Tell me about your job in detail. 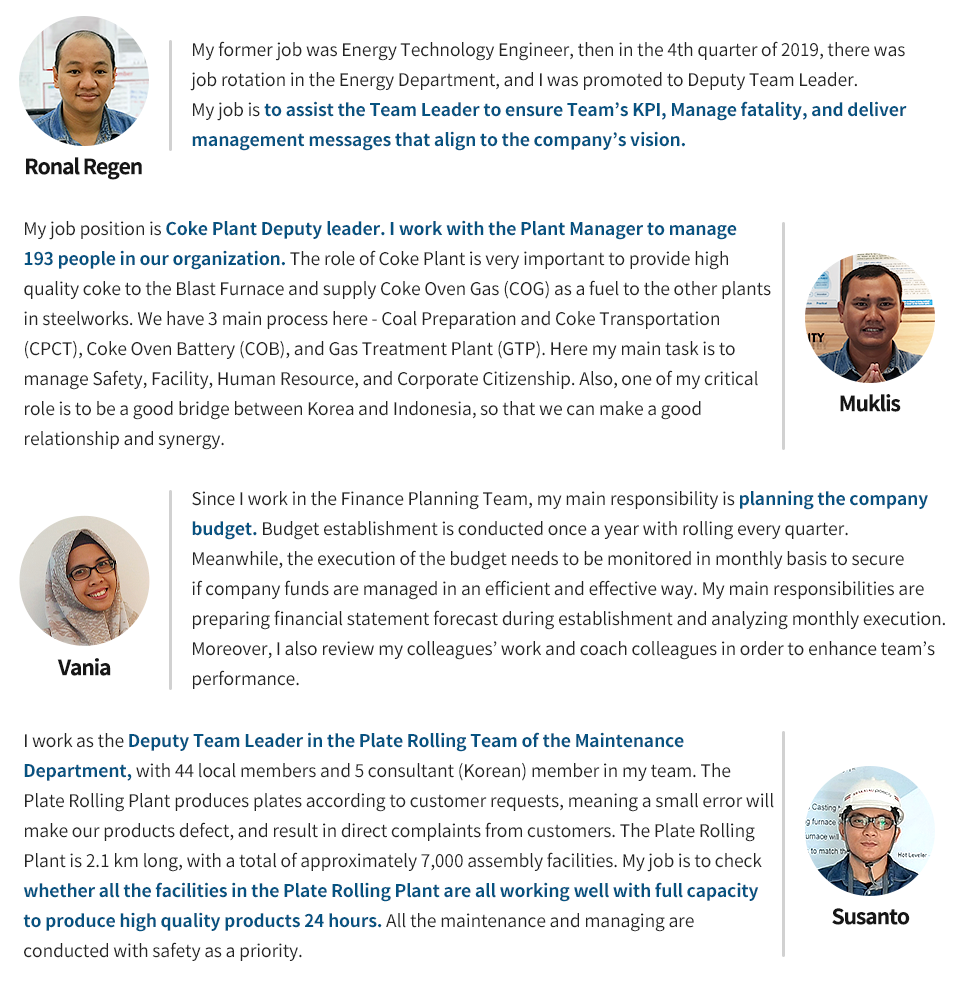 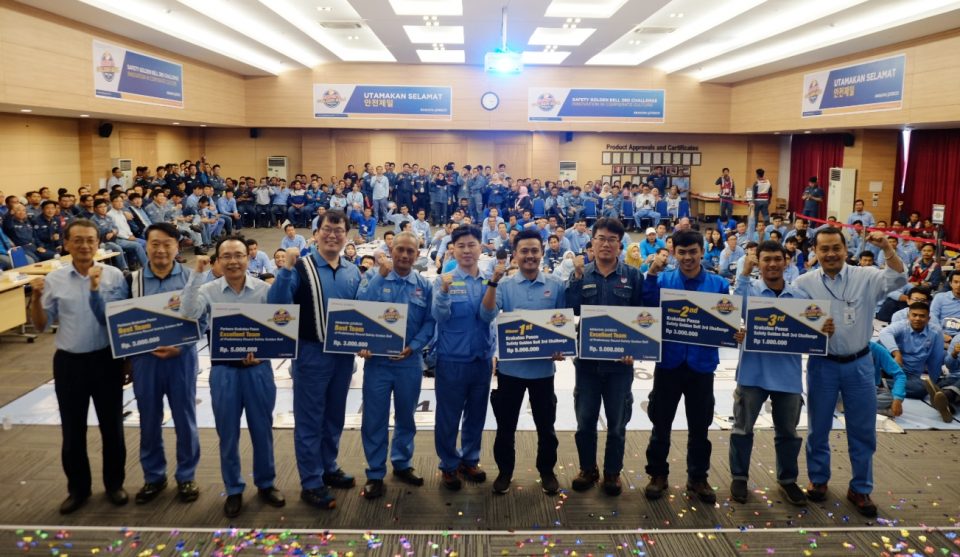 ▲ Winners are taking a commemorative photo on January 29 at the 2020 Safety Golden Bell event in PT.KRAKATAU POSCO.

Q. How are your Korean colleagues? How do you get along with the local employees? 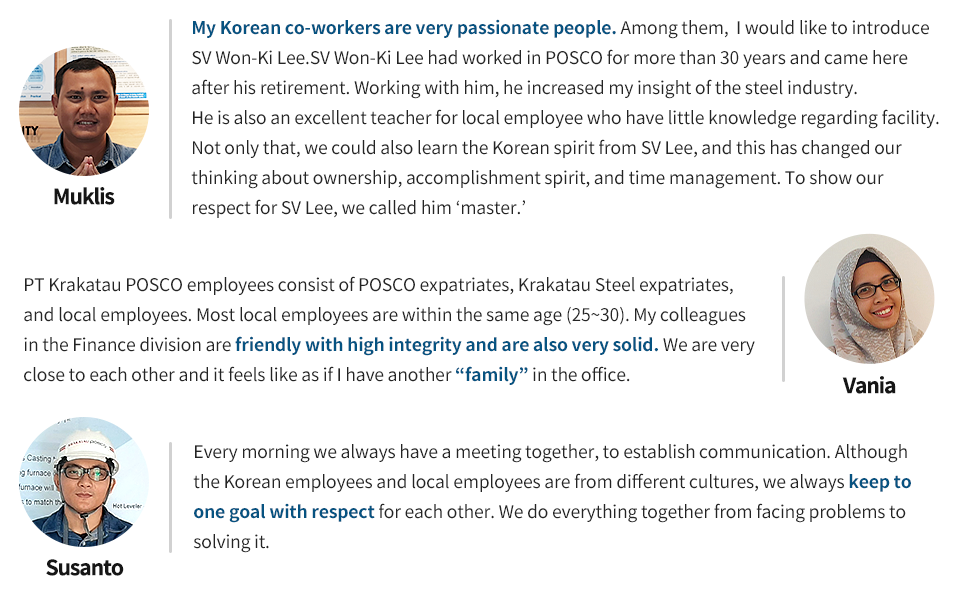 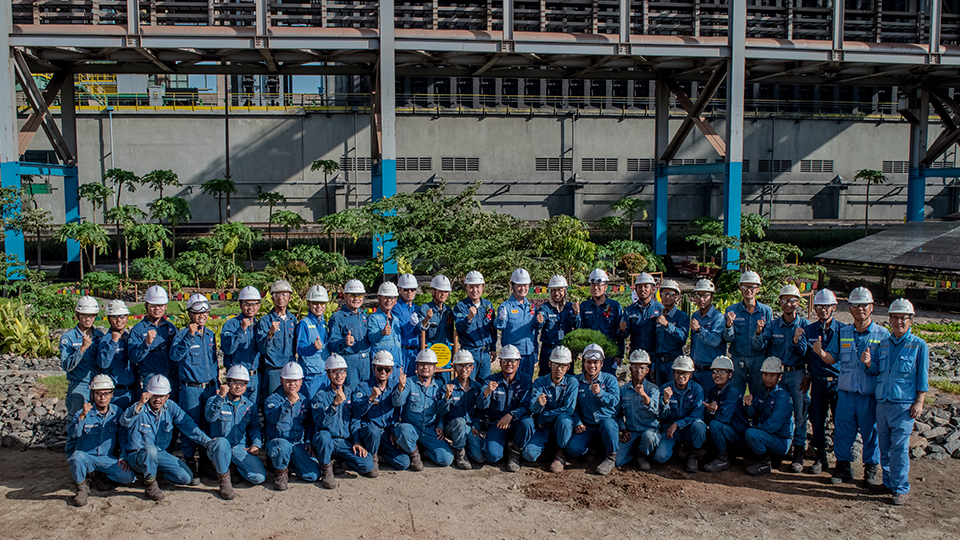 ▲ Group photo of the Iron Making Department in PT.KRAKATAU POSCO in 2019. The photo was contributed by SV Won-Ki Lee. 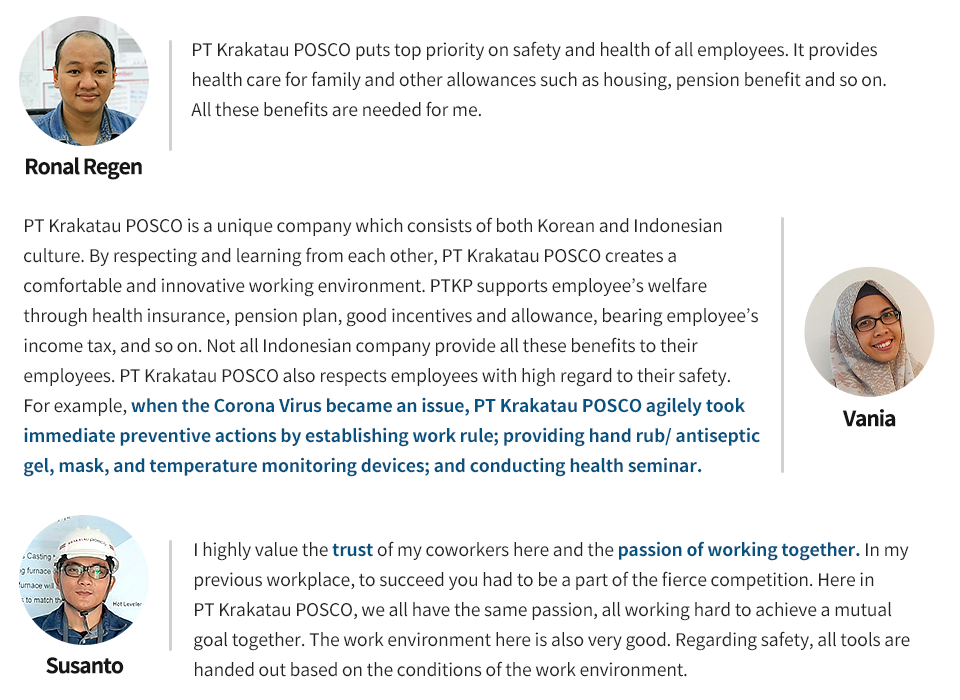 The pride of working at the first overseas steelworks of POSCO, the world’s most competitive steelmaker, and the fact that it is the first integrated steel mill in Southeast Asia — as well as Indonesia — presents PT.KRAKATAU POSCO local employees with motivation and positive influence. At PT.KRAKATAU POSCO the Korean and Indonesian employees will continue to develop together with POSCO’s abundant techniques and experience.
Just like the many POSCO employees, who were proud to contribute to the national economic development in the past, POSCO Newsroom hopes the local employees — along with the four employees here — will grow further in POSCO, and later on, contribute to the regional and national development.