At the end of 2016, the United Nations High Commissioner for Refugees (UNHCR) found that 65.6 million people were forcibly displaced from their homes worldwide. This number is a record high, and finding a way to deal with the growing refugee population is a pressing burden for the international community.

This year, thousands of Haitian refugees with protective status in the U.S. following the 2010 earthquake, crossed the border into Quebec, Canada. The Trump administration announced in May that the temporary status for those refugees will end in January 2018. Facing deportation, the number of asylum seekers migrating to Canada is on a rapid rise. For now, the Canadian government has turned the Montreal Olympic Stadium into a temporary shelter while legal matters get sorted. 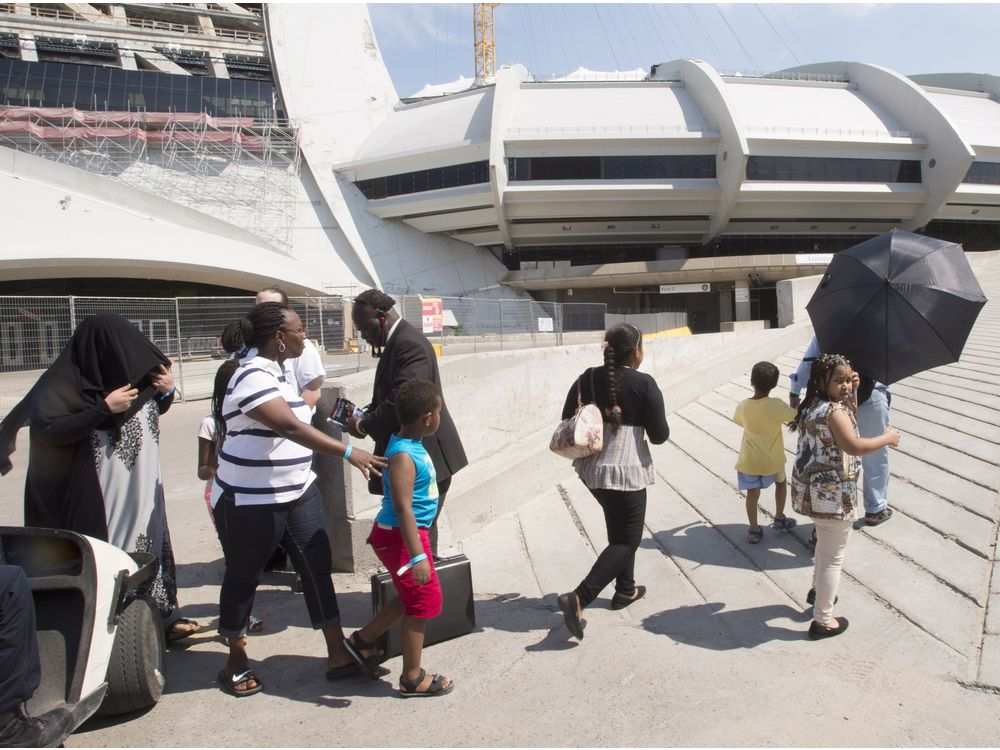 A group of asylum seekers outside of the Olympic Stadium in Montreal, Canada (Source: Montreal Gazette)

In Northern France, over 1000 refugees from Afghanistan, Ethiopia and Eritrea are seeking shelter. In October 2016, the government shut down the temporary Calais Camp and is discouraging the re-establishment of new refugee settlements in the area. Many of the displaced persons are school-aged children, now living in makeshift tents and open wastelands often facing police harassment.

Due to war, natural disasters and even national policy, millions of people globally have no place to call home. Though the underlying reasons will most likely take years to restore, the most urgent matter is providing refugees with adequate water, food and shelter. This urgency often leads to temporary solutions to a long term problem.

The Cities of Tomorrow

Kilian Kleinschmidt worked for the UN and UNHCR for 25 years before he set up his own aid consultancy called Switxboard. In an interview with Dezeen, Kleinschmidt said, “[Refugee camps] are the cities of tomorrow. The average stay today in a camp is 17 years. That’s a generation. Let’s look at these places as cities.”

He added there are thousands of job vacancies in Europe alone, but they are in places with no housing nearby. He believes everyone can benefit from viewing the refugee crisis as an opportunity to stimulate the economy as well as societies. Governments and aid agencies need to first provide more permanent housing solutions and connect refugees to resources to rebuild their lives, instead of focusing solely on survival.

In fact, most refugee camps provide tents that only last up to 6 months. Not only are they insufficient shelters against the weather and other external threats, they generate waste. Many organizations and housing professionals worldwide acknowledge this problem and are putting forth viable solutions.

IKEA is one such company. Starting in 2012, the IKEA Foundation came up with IKEA’s Better Shelter, a flatpack that comes with all the parts and tools necessary to build a refugee shelter. Each shelter consists of steel frames, insulated polypropylene panels and even solar panels for electricity. Everything comes packed in a box, just like other IKEA furniture, and can be assembled in about 4 hours. Last year, London’s Design Museum awarded Better Shelter with the Beazley design of the year. Although one house costs USD 8000 dollars, it lasts up to six times longer than tents, and the steel materials can be recycled to build other facilities. 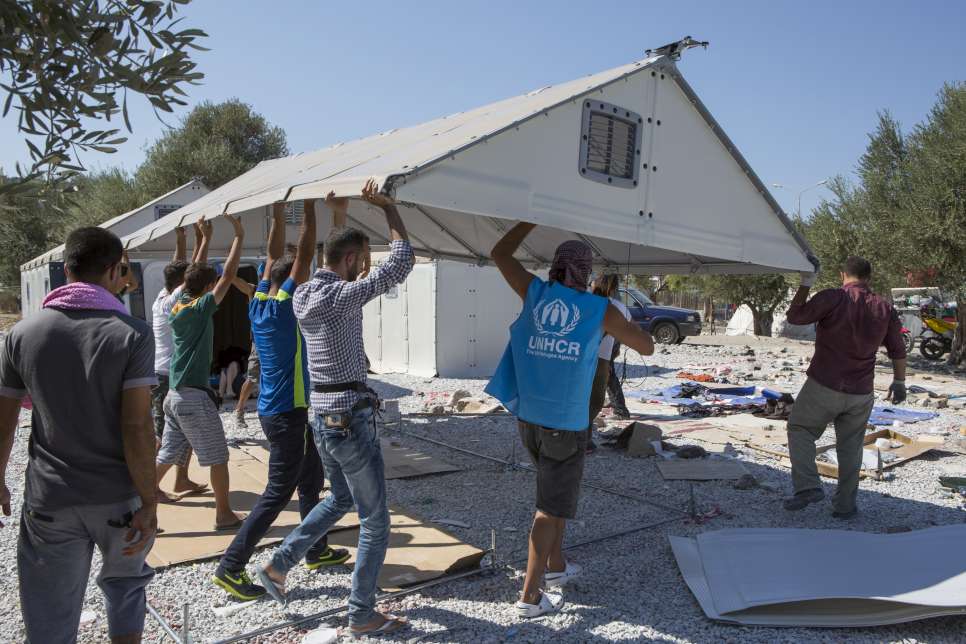 Calais is another example of shelters providing a longer-term shelter solution. Early this year, the government of Calais, France opened a migrant shelter made of steel shipping containers. The 125 containers with bunk beds, heaters and windows can house up to 1500 people. Because there is no running water system, the shelter is by no means a permanent residency, but the steel shipping containers will last longer and are safer than cotton tents. 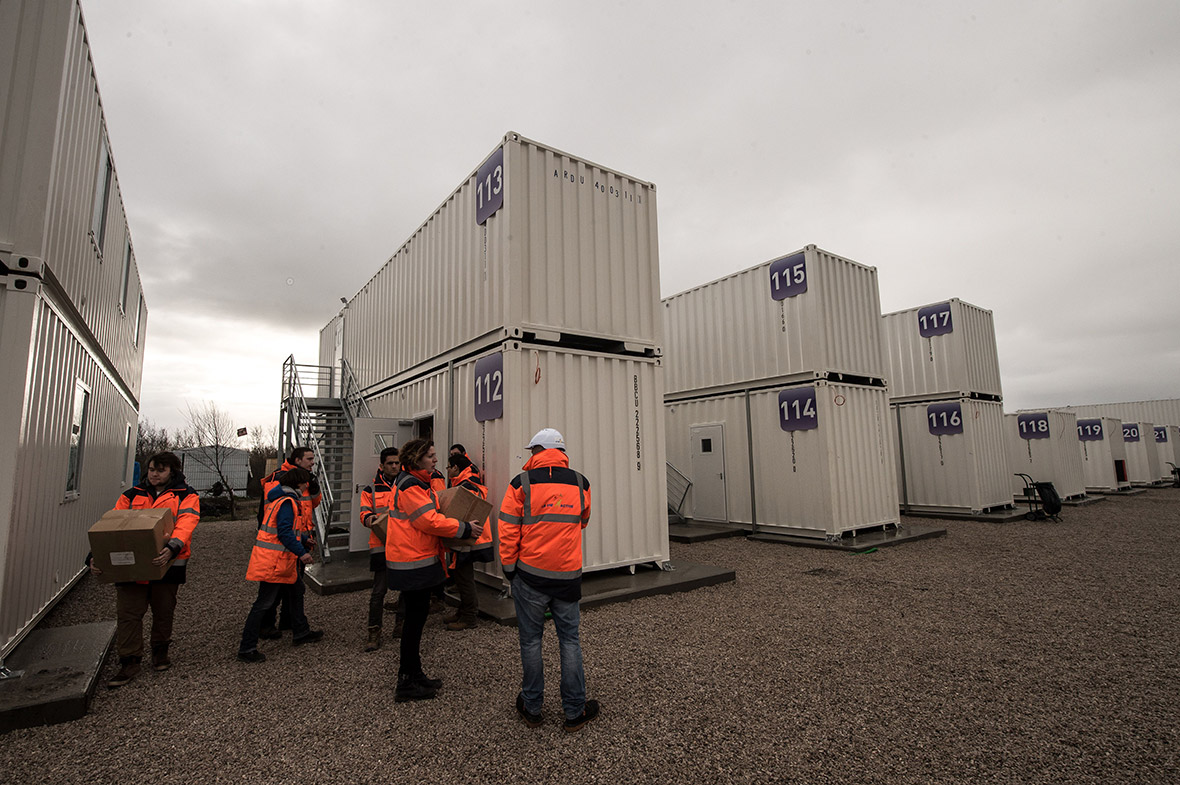 Aid workers move materials in and out of the shipping container shelters (Source: International Business Times)

Due to ongoing conflicts around the world as well as regular occurrences of natural disasters, governments and organizations need to reevaluate the global refugee crisis. Responding to emergencies with whatever resources are at hand is vital, but in order for refugees to settle down and contribute to society, they need to be empowered with more permanent residences.

Homes with steel frames or steel shipping containers can be a start to building long term shelters. Such homes can last years, provide safety and privacy and are relatively affordable. Moreover, steel can easily be reused for other building projects once the shelter is no longer needed. International and national laws regarding refugees date back to the end of World War II. A lot has changed since then, and it’s time for governments, companies and individuals to come up with sustainable solutions to shelter refugees.